Review – Miguel Shoots For The Sky In Boulder

I do not understand why Miguel is so underrated. The pompadour wearing, R&B/rock leaning, Afro-Mexican singer came along at the same time as Frank Ocean and the Weeknd, yet has always been criminally overlooked and underappreciated. Miguel’s pipes pierce the abyss with soulful grit and conviction; he dresses with just the right amount of eclecticism, consistently puts out critically acclaimed albums and manages to draw legitimate comparisons to Prince and Lenny Kravitz. Yet, when I found myself telling various people who I was covering Tuesday night, more often than not, the name drew blanks.   I’ve long been a fan of Miguel’s, but after seeing Miguel’s October 12 performance at the Boulder Theater I believe he may be one of the best-kept secrets in the music industry. 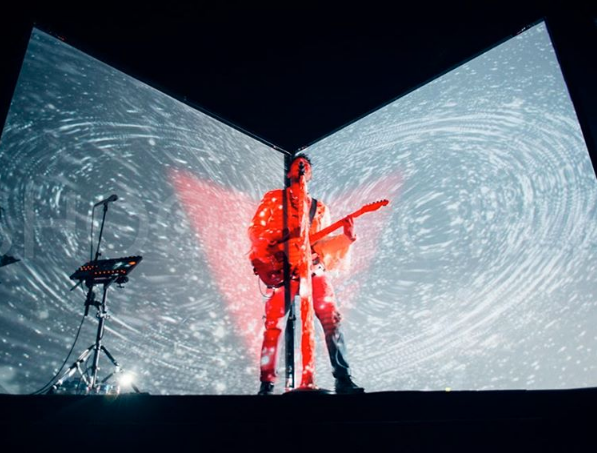 Coming out to the Wildheart album opener “A Beautiful Exit,” donning an angelic all-white ensemble complete with a leather jacket with feather fringes, the band was positioned behind opaque screens and Miguel wasthe sole person at the forefront. This was the self-assured entrance of a star. Projections of pink clouds crossed Miguel’s ethereal figure, as he began the show by propelling through his standout track “Simple Things,” the band not missing a beat. His winged arms fluttered between the beats, dancing and pulsating as if the music had possessed him, while Miguel’s voice floated voraciously above the music. At times, the music would get lost in the room, but Miguel would consistently lift it back into place.

The first three songs went by in the blur of the grinding guitars and bravado as his signature songs were re-imagined to ride a little longer and hit a little harder. Fragments of other Miguel of songs would find their way incorporated into the outros and cut between others, which made for a rapid-fire set. It was after the onslaught of the first four songs that Miguel actually made his introduction to the crowd in a preamble for the song “Leaves.” Describing his life growing up in Los Angeles and the climate of the weather as well as the climate of life, despite his grand performance thus far he humbly thanked the audience for supporting him  in his career. While on the subject of life he didn’t hesitate to get political, leading the crowd in a cacophony of “Fuck Donald Trump” and the urging for those in the crowd to take control of the changes in life by having a say in the imminent election as well as calling for people to believe in their own worth and dreams, and follow through. 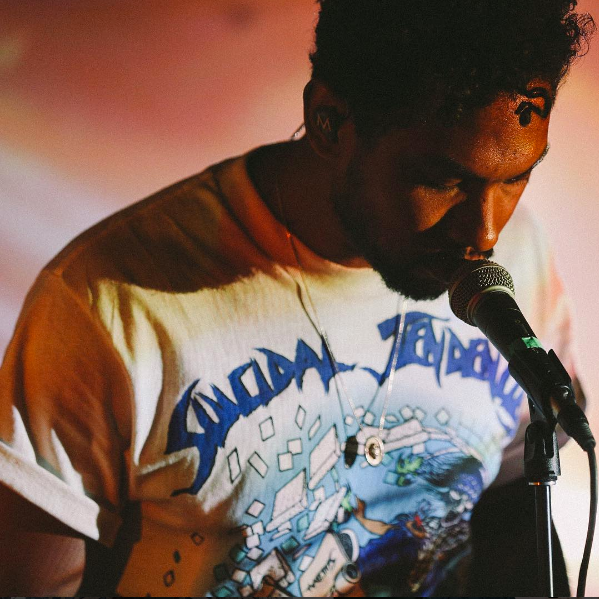 With the brief aside following the downtempo “Leaves,” Miguel jumped back in the mix as ferocious as ever with a rousing rendition of “Gfg”.   Following “Gfg” was “Waves,” which elicited the warmest crowd reaction and got everyone on their feet and singing at the top of their lungs, even though much bigger hits of his preceded it. During the song, Miguel’s charisma and stage presence hit a fever pitch as he ricocheted from one side of the stage to the other, basking in the pop perfection of the feel-good song. Everyone was on board. 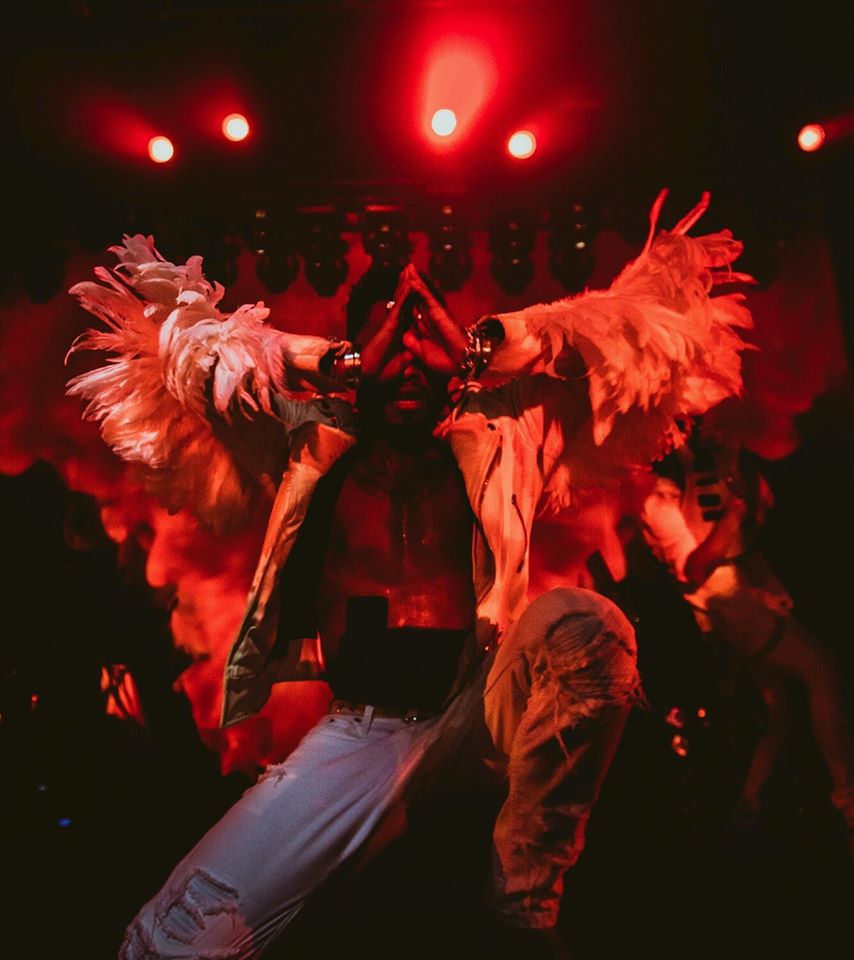 At this point in the show, I was under the impression that we were halfway through Miguel’s wild ride, but as he sang a stripped down reprise of “A Beautiful Exit” it was evident the end was near. Ending on a flurry of strong numbers such as “Coffee” and “Arch & Point,” as well as an interpolation of the ever-wonderful “Kaleidoscope Dream,” he finally finished with “Adorn.” No one was truly prepared for the show to end. The cheering was deafening but brief before he returned to the stage for the encore. As he blasted through an amped-up version of “How Many Drinks?” I couldn’t help but think that the show was only a taste of Miguel. The one-hour show was quick and focused, but for an act with the talent and magnetism of Miguel it left something to be desired. Having mostly skipped over his two prior albums, there was no shortage of material to perform, and the night was still young to go further, but he didn’t. At the same time it fit Miguel’s persona, not quite fulfilling his massive potential. In fact, perhaps it’s the same quality holding back from the heights of his contemporaries, and keeping him such a great secret. But, if that concert was only a sample, when he truly reaches his peak and the secret is out, he could go down as a legend. I for one am glad to have caught him on the rise, soaring on those white feathered wings.