Review – Nobody Was More Extra Than George Clinton At The Ogden

At 76 years old, the funky forefather has still got it. Playing bandleader extraordinaire, Clinton’s all-consuming performance at the Ogden Theatre Sunday night involved nearly twelve musicians, three backup singers, elaborate costume changes all the while oozing with the signature funk sound he cultivated. If you can’t tell by now, George Clinton’s headline performance at the Ogden Theatre was all that and the bag of chips. Meshing his work with group collectives, Funkadelic and Parliament as well as his solo material, Clinton stuffed a massive party into the relatively intimate venue. To the point where, when all was said and done, everyone was funked up and strung out.

Platform shoes and sequined get-ups dotted the entrance of the Ogden Theatre for Clinton’s performance. The old and the young mixed in a nostalgic foray toward a funkier time in life. The audience let their hair down and settled on the floor of the theatre, preemptively loosening the cobwebs created during the work week. Atop the stage, there was so much equipment it was hard to believe Clinton’s massive entourage would be able to fit, but as the house lights came down, and the backup singers came out —they were damn sure going to try. 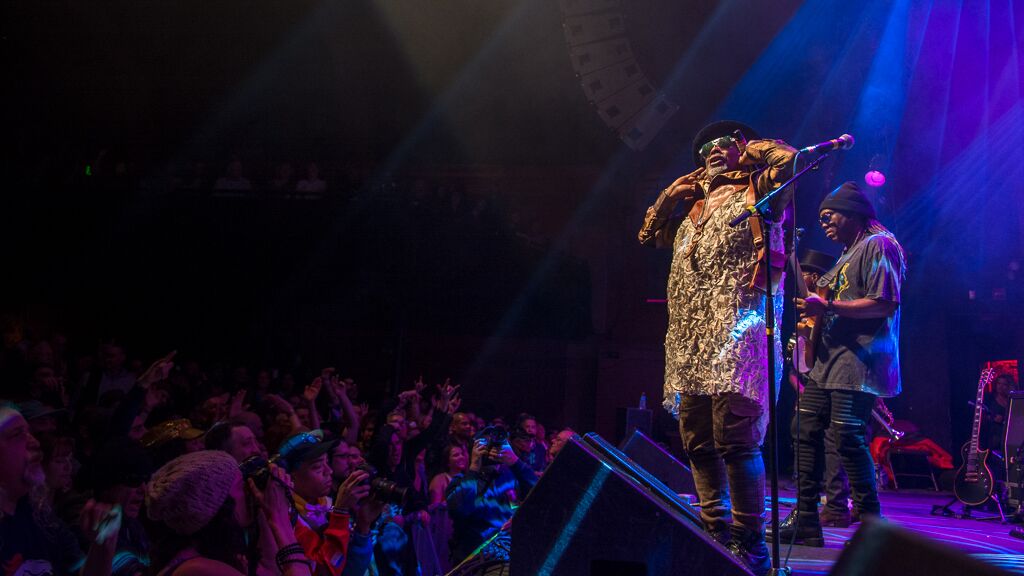 Horns, bass, guitars and drums clashed together in a rousing entrance for Clinton’s crew as they demanded the audience to stand up and get moving with them. The explosive entrance culminated with the entrance of George Clinton himself, donning an elaborate crown and a white robe. The song eventually boiled down into Funkadelic’s “Get Off Your Ass and Jam,” and we proceeded to do as the song instructed. Thick waves of funk enveloped the audience, stank faces ensued and we rode through grime and grit together, as Clinton said, “one nation under a groove.” 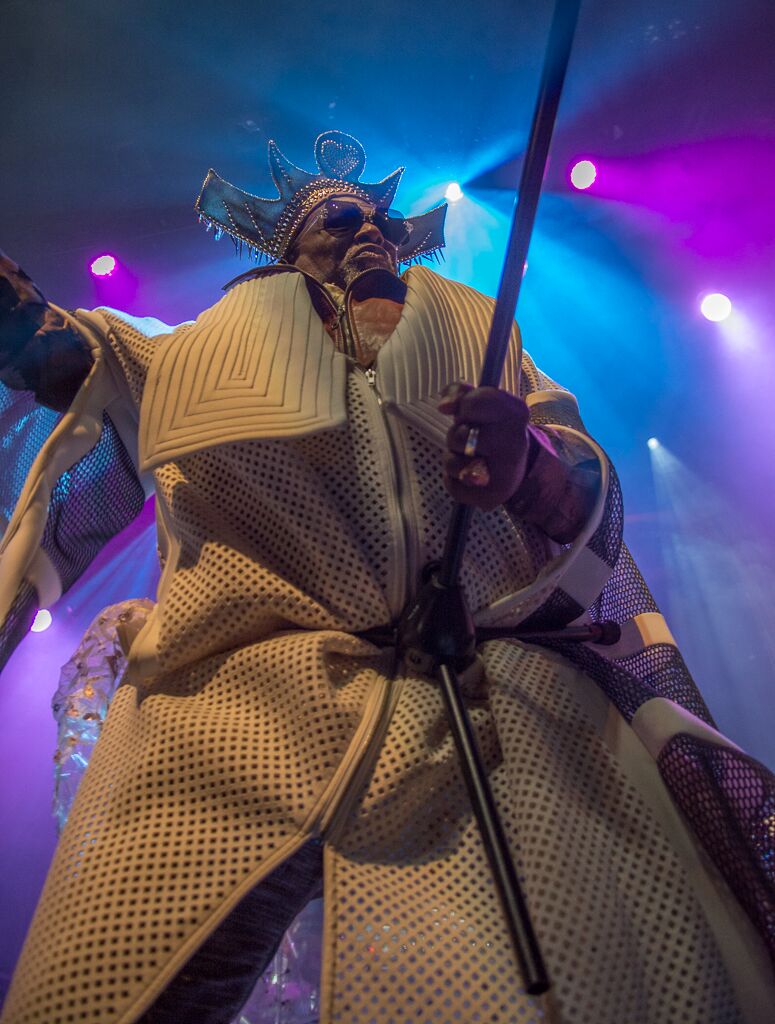 Clinton well past the point of maintaining his voice took on the role of bandleader more so than a stand-alone performer. Shepherding in an array of talent, from rappers to twerkers and even a contortionist (decked out in one of Clinton’s signature garbs) to aid him in performance, Clinton curated a bona fide block party. The crew, known as the Parliment Funkadelic descended into fan favorites like Parliament’s “Flashlight” to Funkadelic’s “Maggot Brain” on the flip of a dime, even hitting Kendrick Lamar’s part in Clinton’s newer cut “Ain’t That Funky’ Kinda Hard On You.” Greg Thomas and Garrett Shider, saxophonist and lead guitarist respectively, were on their A-game, unleashing their prowess with their own show-stopping solos from time to time. 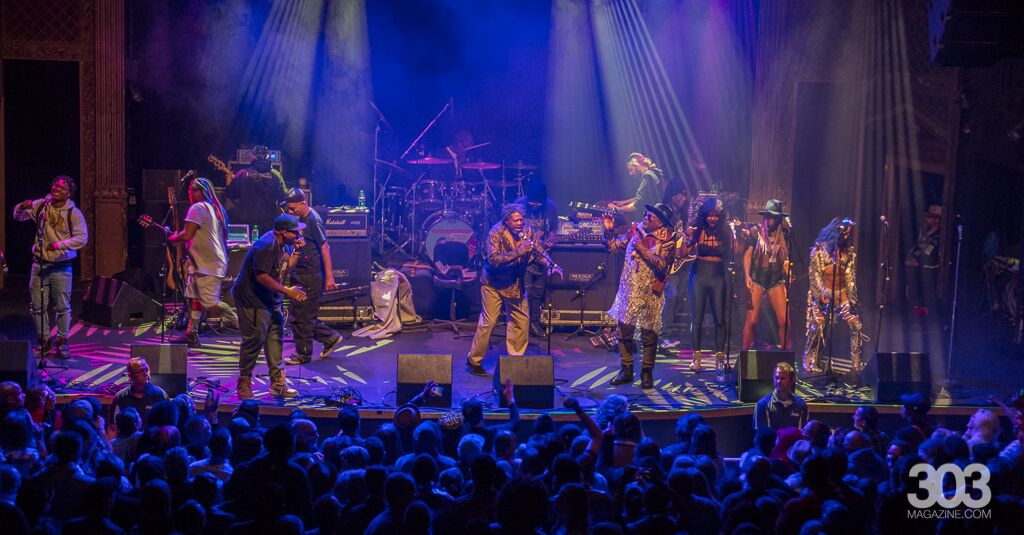 The entire production was a glorious excess rarely seen in the modern music scene, but one that was wholly refreshing and undeniably fun. Listening to the continuum of music spewed by Clinton and the Parliament Funkadelic, one cannot deny the impact and influence the man has had on future generations of musicians. Referred to by his band as a “big brother,” the performance was an ode to his many musical accomplishments even though he took on more of a back seat role this time around. As the vision of royalty he introduced early on in the performance, Clinton had all the justifications to rest on his laurels. Hell, by the time George Clinton and the Parliament Funkadelic were done with us, many of us didn’t have much of an ass left to sit on, and we couldn’t have been more grateful because of it.