Review – G-Eazy Had No Limits at 1ST BANK Center

“Colorado, it’s good to be home,” yelled Gerald Gillum over the screams of a turned up crowd at the 1ST BANK Center Tuesday night. Gillum, otherwise known as G-Eazy, has been performing in Denver since his first album Epidemic in 2009. He “considers this city a second home,” as he put it. And we were more than happy to rage with him like family.

He showed up right on time, just after openers Phora and Trippie Redd. Marco Anthony Archer (Phora), is an Anaheim hailing rapper best known for his self-found record label Yours Truly and 2016 chart-topping mixtape With Love. The two were a perfect pre-game for the party to come. 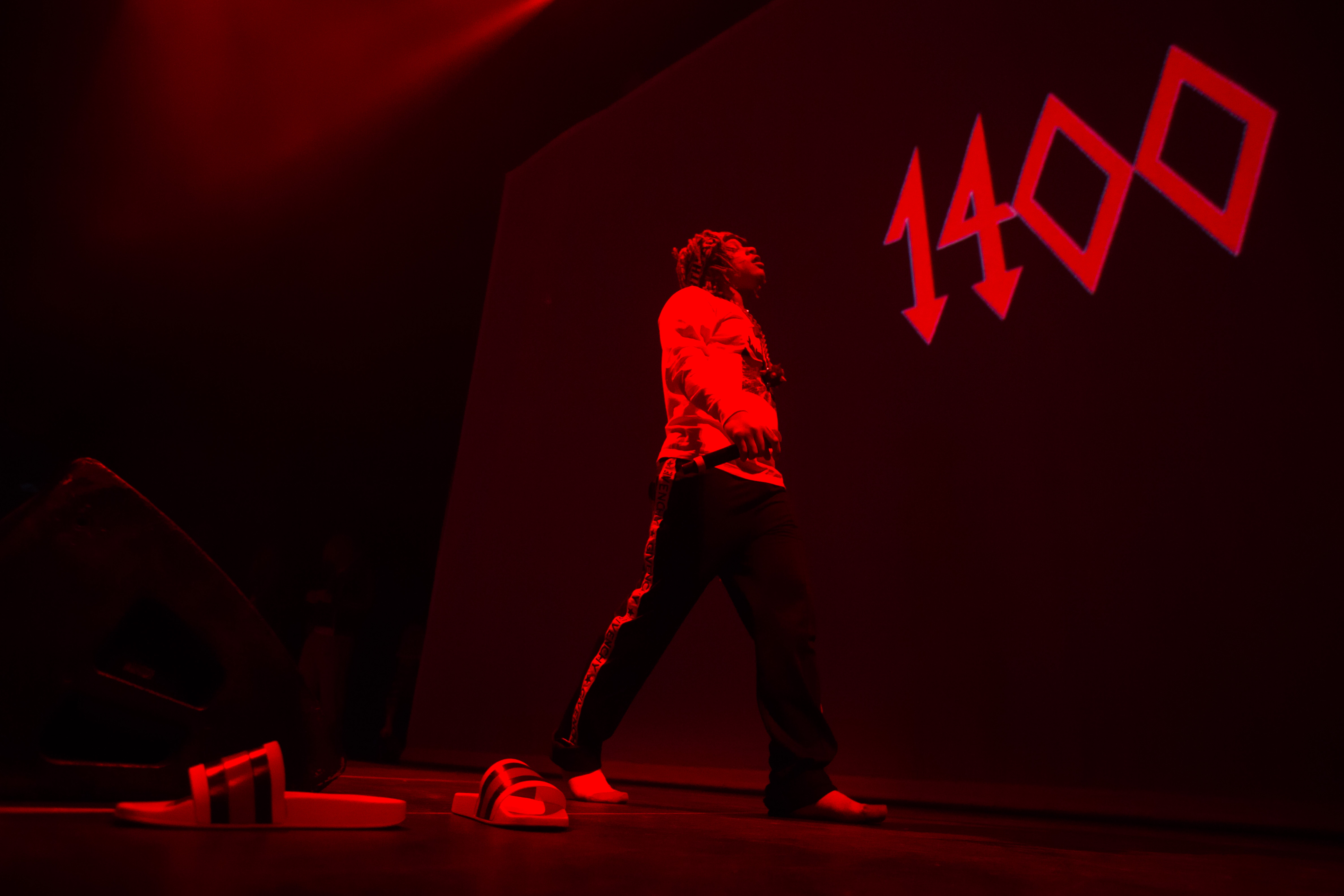 Striding out in all black — hair slicked back, flanked by a backdrop of fire and clouds — G-Eazy was as sinister as his new album appropriately titled The Beautiful & Damned would suggest. “Colorado, are you alive right now?” He asked the crowd, before jumping into “The Beautiful & Damned.” It must have been a rhetorical question, considering he managed to get the entire 1STBANK Center jumping before even singing one word of his first song.

While the energy of an artist is a vital piece for a memorable show, G-Eazy brought more than mere enthusiasm. His voice came through full-throttle despite a self-proclaimed sore throat. That iconic boyish rasp that embodies G-Eazy’s beloved sound was felt, and heard throughout the room. It carried through until the last lyric, igniting fans old and new and reminding all in attendance that this rapper from the bay came to play. The first act of his performance was an invigorating 13-song arrangement that encapsulated much of his newest album and left the crowd wanting more — and more he brought. 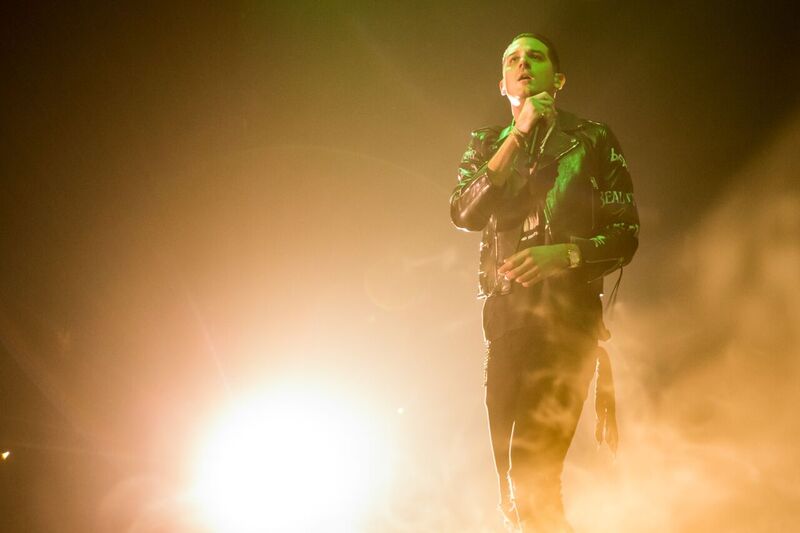 G-Eazy re-entered the room in all white. “Denver, you want to party with the demons tonight?” he asked an anxious crowd as he entered the second portion of his three-act show. Against a black backdrop, flanked by red lasers, he performed as if he dancing next to demons. The room shook for “Gotdamn,” and nearly crumbled for “Calm Down.” G aggressively paced from one side of the stage to the other, hyping the audience with each pace.

“I don’t want to get all emo on you. [I] just want to say how much I appreciate y’all,” he announced. “Colorado is my second home. I’ve been coming to Denver since day one. I fucking love this place, and I hope y’all are aware that this is one of rarest places in the world.”And on that note, following a heartfelt rendition of his life story “Eazy,” he left the stage and the room went dark. 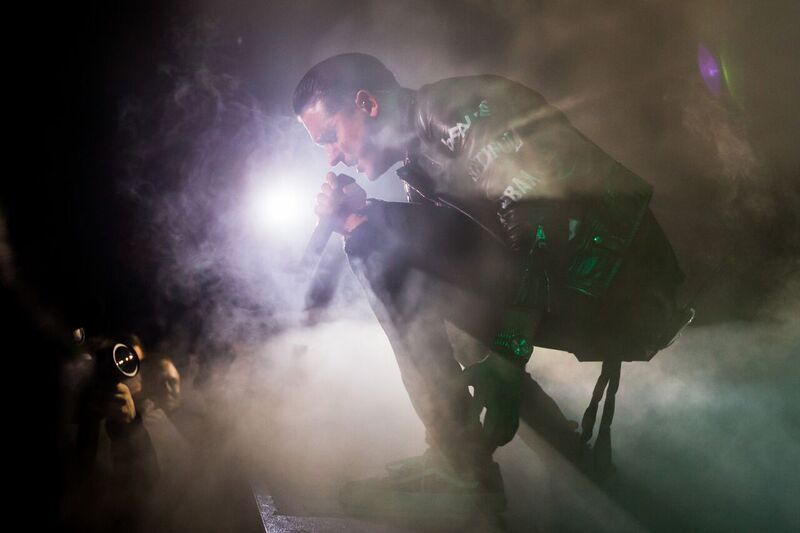 “DJ, play that platinum shit,” he demanded, returning to the stage following a booming “one more song” plea from the crowd. Act III flashed across the stage, leaving us all, quite frankly, pleasantly surprised. The rapper had already played a 22 song set and was about to deliver more. From the international hit “Him and I,” to chart-topper “Me, Myself & I,” the last leg of his Denver show was a finale at it’s finest. Walking away from the show at 10:45 p.m., was bittersweet. He killed it, to say the least. He ended with “No Limits” and showed us through both density, boundless energy and passion, that he truly has no limits.