“We were excited to host a pop-up here because Denver’s given us a sense that this is a town that really wants a Shake Shack,” said Shake Shack founder Danny Meyer. “I just want to start by saying thank you to Denver for getting that fan meter up so loud.”

Meyer stood in a room overlooking the main level of The Source, the location for Shake Shack’s pop-up last Saturday. The event was created to give Denver a taste of what’s to come when Shake Shack opens in RiNo this spring, as it hasn’t opened in the state of Colorado yet. 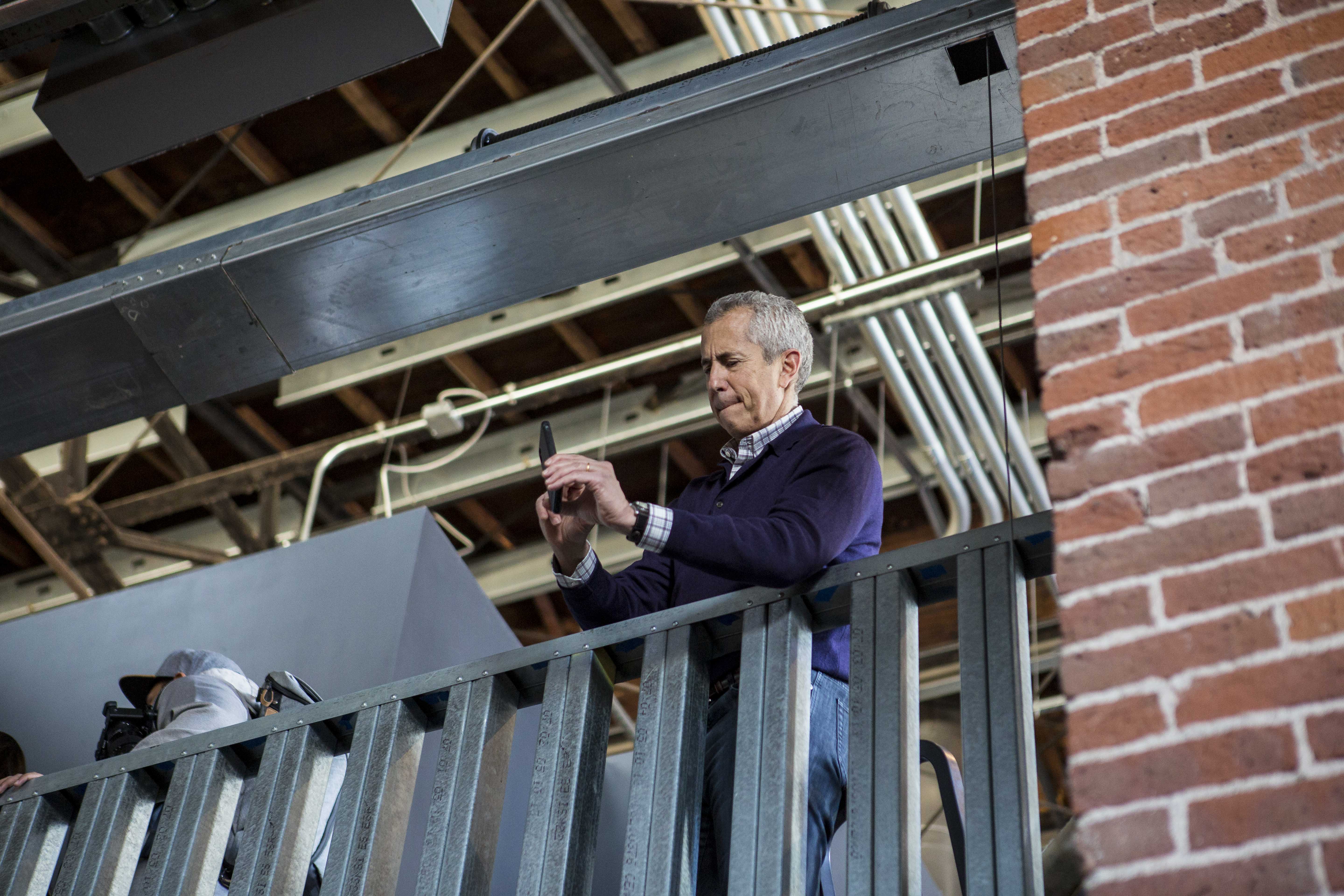 Danny Meyer captures the crowd of hundreds waiting in line below.

But, despite the geographical differences, the fanbase is already strong. The Shack-craving “sense” that Meyer had was as clear inside The Source as it has been on social media. The first 10 people in the pop-up line arrived at 8:30 a.m. — two and a half hours before it began. By 11:30, hundreds had followed suit. The line snaked through The Source, out the back and around the side of the building.

This excitement got the best of Meyer and Shake Shack COO Zack Koff, who decided to mark the occasion by announcing Shake Shack’s second Colorado location — in Highlands Ranch this summer.

More details on the exact location of the new spot haven’t been announced, yet. So stay tuned if you’re a hungry suburbanite.

All photos by Amanda Piela.