She’s a sweet ’70s dream, but not in a clichéd way. A lady rebel with the voice of a magpie, Pearl Charles is all this and more, and she showcases that on her newest album Sleepless Dreamer. The album is breezy and pleasant to the ears as it goes through the tales of a girl’s experiences growing up in Los Angeles. Charles is no stranger to Denver — she performed just last year at Red Bull Sound Select at the Bluebird Theater. A California native, Charles has been singing for the better part of her life, taking a turn in high school garage bands and rock bands before realizing she needed to be her own artist. In the summer of 2015, she released her first EP, marking her first solo venture. Charles chatted with 303 Magazine two days before the start of her tour, where she will be coming to Denver’s Ophelia’s Electric Soapbox with Acid Tongue and Denver’s own Kyle Emerson on Wednesday, February 28.

303 Magazine: Can you tell us about your newest album, Sleepless Dreamer?

Pearl Charles (PC): Sleepless Dreamer is a record about LA, I grew up [there] so it’s about my life experiences [there]. I feel like the EP I released in the summer of 2015 was more of a time capsule of that specific time and what I was into then, whereas Sleepless Dreamer kind of spans more of my entire musical career from before I was in any other bands and then through the bands that I was in. I was writing songs throughout all these times, but not actually doing anything with them. I wrote all the songs for the EP when I was into the surf rock/garage thing that was happening at the time. I felt like I had done that and was ready for the next chapter — which still has some retro but it definitely is more country. 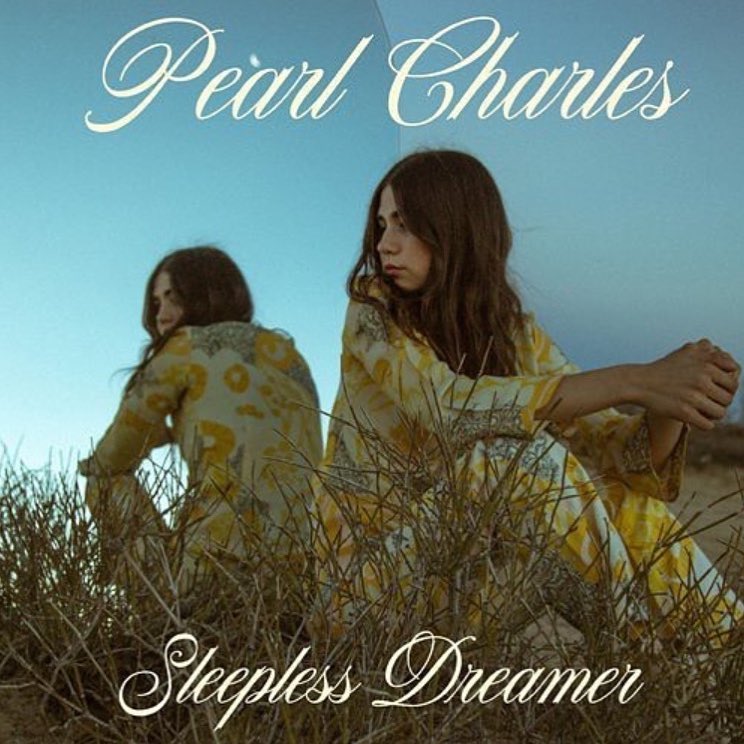 303: What’s the meaning behind the album title?

PC: I was writing the song with my friend and it was right when I really getting into the record Tusk by Fleetwood Mac and I thought it’d be cool to write something inspired by it. So we started working on something and we’d written pretty much the whole song, but we were missing that one word sleepless. We were like, what’s the word, what is the feeling, what are we trying to evoke? And it just hit me, as these things do… It’s more about dreaming when you’re awake and the dreams that you have when you’re not sleeping.

303: What do you hope to show listeners with this newest album compared to your first self-titled EP?

PC: I’m really happy with the progression of songwriting and lyrics. So that is something that’s important to me to show people. And I think I have a clearer message with this record. I don’t have any tattoos so I guess I don’t know what that’s like, but it’s what my perception of having tattoos is like, which is you might get over that style, you might get over whatever that thing is, but it’s on you forever, permanently and it will always represent that time and that feeling. To me, every record is a time capsule in that sense. It will represent something and it will always be that — the EP will always be that surf-rock-garage kind of vibe and that is what I wanted to go for at that time. But to me, this debut full-length record expands so much more of my life. I was making it when I was 25, so it’s kind of like my quarter life contribution, a time capsule. It represents all of that time.

303: Your most popular song now is “All of the Boys,” can you talk about the meaning of that song?

PC: I dated a guy who was really into past life stuff and so that kind of comes into play in the lyrics… The song is very much about finding yourself in the same position with the same type of guys over and over again. You know, like patterns and being attracted to the same kind of person but also not being attracted to their same flaws and shortcomings. I like that the record has songs that are not purely romantic, although romance obviously is a huge inspiration for songwriting across the ages, and heartbreak. But I did feel like there’s something about it that’s funny and light-hearted, while still being about heartbreak and I think it’s good to have. I have a song called “Only in America” or “Ghost” and other songs that are a little darker and a little more brooding or have a little more of a message, whereas this one is just straight up classic heartbreak/romance song. And I thought it was a fun way to kick off the album.

PC: I think Denver is awesome. I mean, first of all, I’m a big pot smoker. (laughs) And I have quite a few friends in Denver. I’ve played there a few times, and we had such a good time last time we were there. I think there is something really cool and a little more authentic with someone [making music] in their hometown versus someone who moved to LA because it’s definitely like this place where you come to try and make it. Denver is one of the places I look forward to coming to and I hope that Denver looks forward to having me and we can keep this symbiotic relationship.