What occurred across the world on January 21, 2017, was nothing short of a phenomenon. Thousands of women in 600 cities took to their hometown streets (or in some cases a ship in Antartica) to show their support for women’s rights and, for many, to protest the election of Donald Trump. The seemingly rapid-fire galvanization, however, didn’t come without some major criticisms. Opposition voices called the march directionless, misguided or flat out pointless. People of Color, including longtime activists, felt excluded from the narrative. Denver did not escape these criticisms.

For the 2018 event, the organizers at March on Colorado are determined to not turn a blind eye to these issues.

“If we can have a good plethora of people from different communities of skin, shapes and views I think that will lay a tapestry that will have people say, ‘Okay, let me grab this thread and run with it back to my community.'” 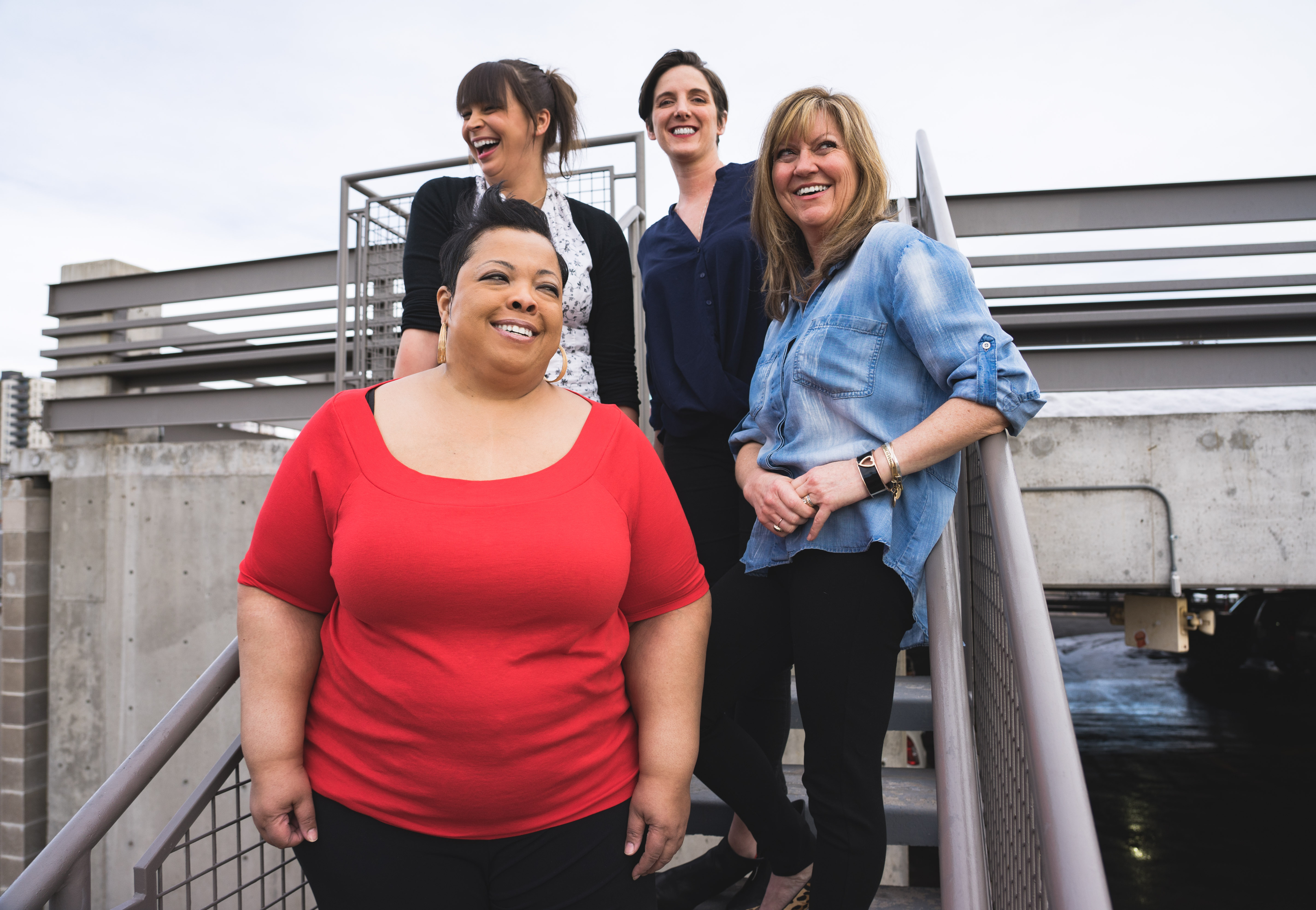 Similar to 2017, a small team of women are the main organizers of the event. This year’s group includes Lisa Cutter, a public relations and communications specialist who is also running for House District 25 state representative in Colorado; Jolie Brawner, the executive director at the local non-profit Washington Street Community Center; Tish Beauford, a network infrastructure telecom engineer for Charter Communications and Jessica Rogers, a freelance book and paper conservator and information and data manager. While all of the women were involved in last year’s march, they also aren’t shy about 2017’s errors.

“They’re right, we didn’t do a good job,” said Brawner in reference to the lack of inclusion. Rogers elaborated that, while the exclusion was not intentional, they’re looking at last year’s misstep as a learning opportunity.

The manifestation of their efforts is a Steering Committee. Consisting of a diverse group of locals, the committee is designed to help guide the event and its outreach towards marginalized communities such the LGBTQ+, Muslim, African American, disabled communities and more. According to the group, the Steering Committee includes One Colorado, Christina Xlimit, NAACP State Conference, Colorado Black Women for Political Action, 100 Women in Black , The Arc – Jefferson, Clear Creek & Gilpin Counties, The Women’s Foundation of Colorado, Soul2Soul, United for a New Economy (formerly FRESC), Centro Humanitario para [email protected] [email protected], Mia Guerra (an Afro-Caribbean organizer), Nadeen Ibrahim (Muslim community organizer) and the Athena Project.

“The reason for doing [The Steering Comittee] is we have different organizations that can reach out to their communities to participate and to provide input to make sure we are inclusive,” said Brawner. One of the committee’s participants is Felicia Griffin, the executive director for United for a New Economy, a nonprofit that advocates for local, state and national laws and policies that aims to build a new economy that works for a diverse society. According to Griffin, she was recognized by the Women’s March as a community leader last year but was not involved in the planning. Now as a part of the Steering Committee she feels like there is a real chance for change.

“I’m more than thrilled and happy that the that the board of the Women’s March really have decided to prioritize inclusivity and I believe [they] are doing what they can to really fix that from last year and to get as many folks and as many women of color involved as they possibly can,” said Griffin.

However, Griffin, who was reached out to in December, says there is still room for improvement.  She hopes that next year she and other organizers of color are involved on day one. To her, this is vitally important because she views the march as a part of the next iteration of the feminist movement and she is determined to not let women of color get left behind.

“I want to make sure that women of color have a space, a voice and an opportunity to be a part not just this march, but of this movement. And so that’s why I’ve jumped in and even though I don’t have a lot of time. I’ve got to give whatever time I can to help make it a success,” said Griffin. March on Colorado agrees outreach should have started sooner, and hope to resolve that next year.

“Ideally our outreach would have begun earlier, but we felt that moving forward imperfectly was better than not even trying,” said Cutter. “We hope to involve our Steering Committee members in the Continuation Committee moving forward, and will most certainly start the entire process earlier next year. That said, we are really proud of how the program is shaping up.” 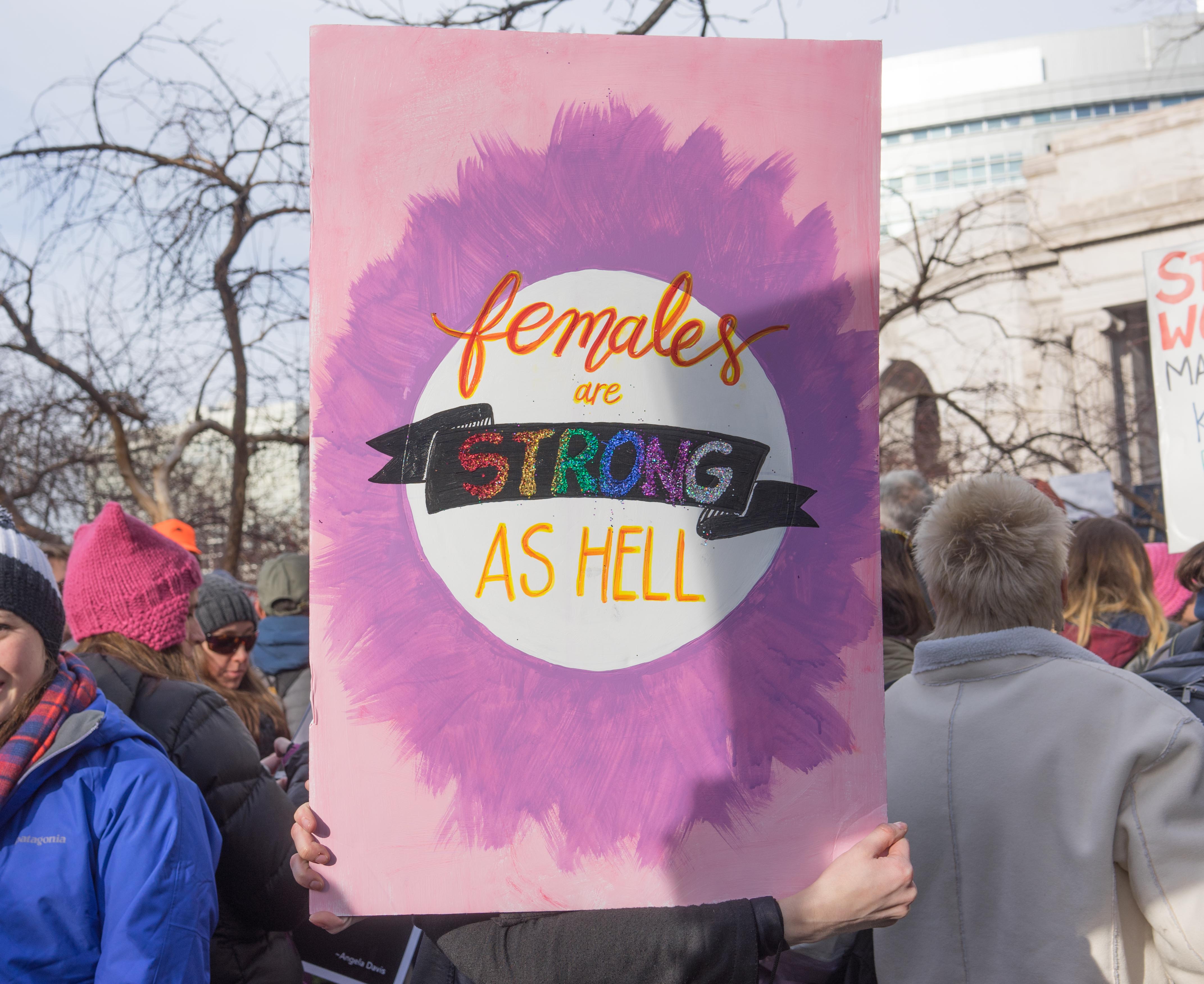 Griffin, along with the Steering Committee will also help select speakers for the event so that those groups also have a platform to address and connect with the participants at the march. Currently, the scheduled speakers include Revender Tawana Davis of Interfaith Alliance of Colorado; Ana Rodriguez a DACA recipient who works with Colorado’s People Alliance; Emma Shinn a retired US Marine judge advocate and a lawyer who primarily serves American service members and Colorado residents in criminal courts; Nga Vuong-Sandoval, an investigator at the Colorado Department of Law and an affiliate professor at MSU Denver  whose expertise includes counterterrorism, counterintelligence, prison radicalization, security threat groups and human trafficking; Robbin Otey, a GirlTrek organizer that encourages healthier lives for women through walking; Mary Ruan (who’s Lakota name is Chante okic ouye wiya) who helped organize a Red Rocks ceremony for Native Americans. More women will speak and the list is not yet final.  There will also be a diverse line up of performing artists as well (you’ll be able to see the final list here).

“We want people to walk away empowered and saying like, ‘Okay this person looks like me, they have my same struggle, and I can do this.’ Because people if they don’t feel represented they feel deflated, isolated and disenfranchised. So if we can have a good plethora of people from different communities of skin, shapes and views I think that will lay a tapestry that will have people say, ‘Okay, let me grab this thread and run with it back to my community,” said Beauford.

But the issues of the march don’t just end there — many criticisms also came from the lack of intention behind the march. This year the women are fine-tuning their goals with a larger focus on getting women to the polls.

This includes having more volunteers registering people to vote. They will also hand out self-addressed postcards where people can check what they’re interested in so that March on Colorado can send them the details on elections and voting information. That is why the Women’s March event is also being called March on the Polls. They’re hoping this new outreach will especially activate young people and people of color to vote.

“We want to make sure they’re registered, and getting out to vote. Because as you see by example in the Alabama election, 98 percent of black women voted for Doug Jones. So the minority vote and the young vote under 30 is extremely important,” said Beauford.

However, the women don’t want to degrade the power of the march itself. Even with criticisms that the march was vague or too broad, the organizers believe that physical and not just digital connection with others in their community is vitally important for change.

“There’s something so powerful about looking ahead of you, next to you and behind you and seeing thousands of people marching with the same feelings that you do,” said Brawner.

They also plan to capitalize on this momentum of the march by gathering people from the march along with the steering committee to create a “continuation committee” after the event to choose some more actionable goals for 2018. This could include more social action or legislative action as well.

“I think that we will send a really loud and clear message. We believe that there is still a lot to change and a lot to say but by having this great visual of people marching were putting forward a powerful message. It will empower people to get out and vote, run for office, and make people feel like they can be a part of change,” said Cutter.

Beyond these shifts in the focus of the event, there will also be some small ones as well. This includes a shorter and more precise route that will go around Civic Center as to avoid bottlenecking, a more robust security plan and more volunteers that will either do small tasks like picking up trash or assist in safety protocols as trained marshals. Once again Denver Police Department will be on hand, but the women believe that the event will still be peaceful.

As for the turnout, the group is still expecting it to be a large crowd with 28,000 people already interested on Facebook — which despite the almost 10 times the turn out last year — it is comparable to the number of people “interested” in the event on Facebook in 2017. So while last year was a seemingly spontaneous phenomenon, this year still plans on being just as spectacular, if not a lot more focused. 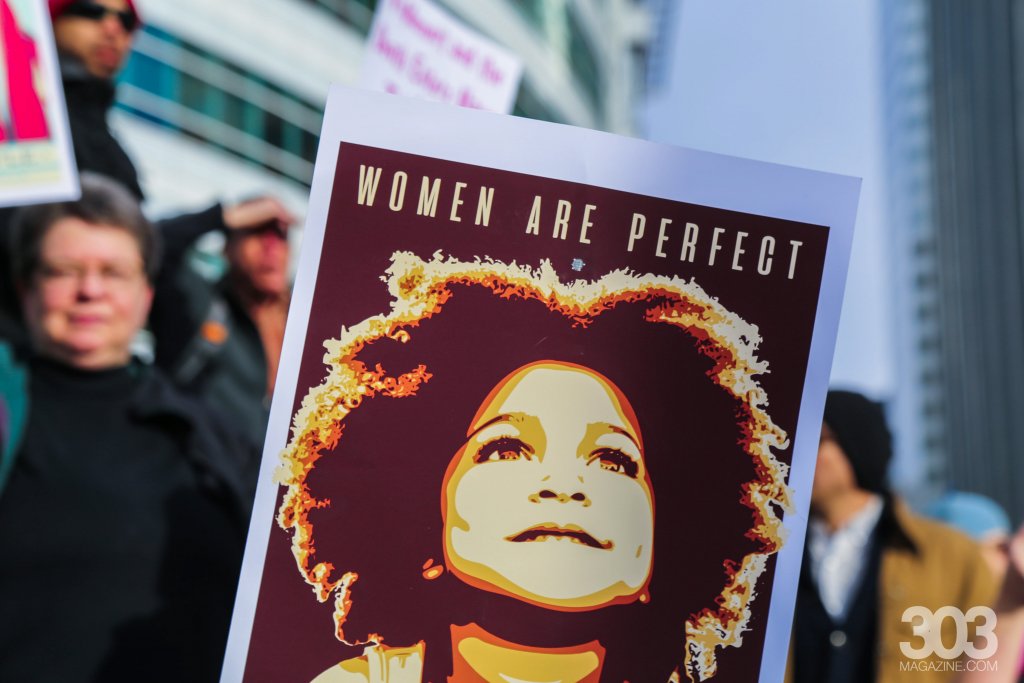