This summer, British artist Stuart Semple will transform Denver with a series of installations to “incite widespread happiness” in the city through art, interaction and connection. The city-wide project will be called Happy City and will feature more than five individual creative “interventions” for the public to be involved with. “Intervention” is the term being used for Semple’s projects because Happy City is a result and a response to the alarming rates of depression and anxiety in our country— an attempt to disrupt people’s normal routines in a positive way. It will be the third installment of the Terra Firma series by the Denver Theatre District (DTD), precluded by Konstantin Dimopoulos’ Blue Trees and Shantell Martin’s sidewalk painting.

Stuart Semple, at 37 years old, has accomplished more than many artists do in a lifetime. He’s been on the forefront of digital art, including being the first visual artist to release work on iTunes in 2012. After undergoing a near-death experience in his early 20s, Semple’s work became fiercely motivated, pushing him into the national British and international spotlight. His focus on happiness has led to a body of work that tackles the role of technology and other cultural phenomena by trying to connect people in meaningful ways and more simply, to cheer people up a bit. In 2013 Semple created Jump in Australia— a huge bouncy “cloud”— and in 2014 he released thousands of “HappyClouds” over Moscow. “HappyClouds” has also been held in London, Italy, Ireland, Australia and soon to be Denver.  Happy City in Denver will be a massive undertaking for Semple, his team, and the organizations in Denver supporting him because it is an extensive city-wide project that will incorporate many of his different styles and artistic tactics rather than focusing on one. 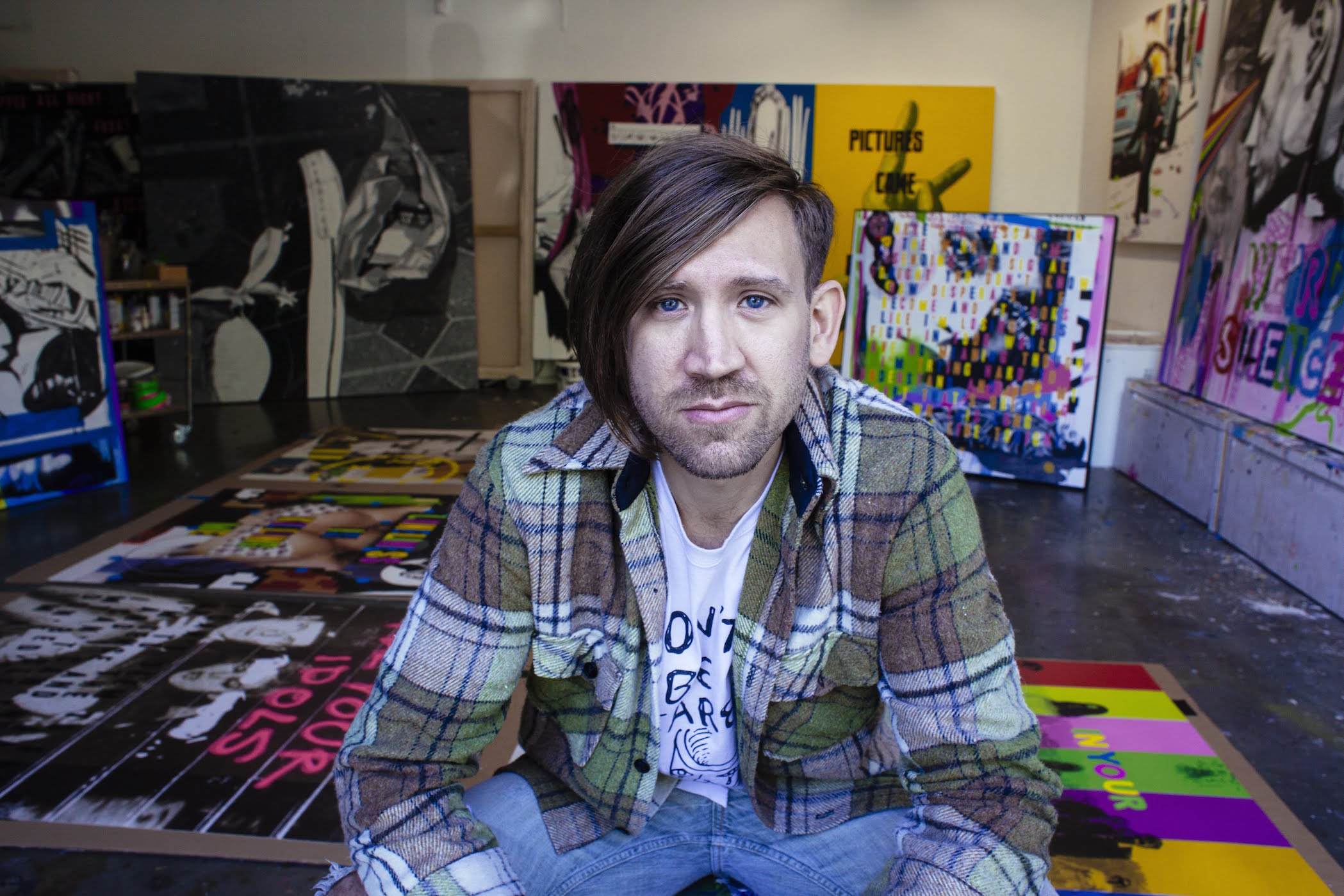 When Semple first pitched his ideas to the DTD the funding did not exist to complete the whole project, but the messaging behind his concept interested a multitude of Denver organizations who galvanized to come up with the proper budget for it. Happy City is produced by DTD and curated by NINE dot ARTS, but the partner organizations include: Black Cube, Community First Foundation, Denver Arts & Venues, Denver Union Station, Downtown Denver Partnership, McWHINNEY, Regional Transportation District (RTD), SMG/Colorado Convention Center, Sage Hospitality and VISIT DENVER.

“It resonated with everybody,” David Ehrlich, the executive director of DTD commented. “Everybody has a connection with these issues. The good news is [these issues are] nothing to be ashamed of. When our partner organizations saw we were trying to take a step toward the dialogue, it resonated and made the professional interactions easier. All of us love Denver but you don’t have to love Denver and be blind to the issues it’s facing. How are we dealing with issues like traffic? It’s been shown that longer commutes equate to higher anxiety. We aren’t going to address all of Denver’s issues with this project but if it spurs people to look into social well-being issues, that’s a success. If development begins to include a dialogue about mental health, that’s a success.”

Happy City takes over Denver May 18 to June 10, 2018, with some installations remaining. At this time, Semple plans on creating events that center around Downtown Denver, though part of his efforts will focus on areas that do not typically receive public art commissions. Most of the “intervention”-style installations will occur within the May-June timeframe and include teases like “the world’s largest disco ball” at an outdoor art rave, a pop-up coloring space for all ages and a deluge of smiley-faced soap clouds.

“It’s more about the breakdown of elements that could prevent happiness than creating happiness itself. We are not saying everything will suddenly be better. We have to break down certain barriers first to cultivate the groundwork for happiness,” Ehrlich explained.

The five installations currently planned and in the creation stages are below.

Emotional Baggage Drop (“Hello Stranger”): an interactive piece that encourages commuters to participate in a “checking” of their emotional burdens, beside strangers, before heading out to the city. This will be inside Union Station and is co-curated by Black Cube.

JUMP (“Bring Us Together”): two weekends in May will be filled with an outdoor art rave— with the much-anticipated disco ball and inflatable dance floor.

Happy Station: In partnership with RTD Denver and the Colorado Convention Center, the rail station at the Convention Center (known as being dark and dirty) will be transformed with Semple’s iconic pop-art-esque makeover, including paintings, interactive graphic work and sculptures designed to “bring playfulness and delight to the day-to-day commute.”

Happy Clouds: like the clouds released across the world, Denver will be graced one night with a deluge of smiley-faced artificial clouds flooding the skyline. These clouds are made with helium and soap and dissipate naturally.

Coloring Café: Semple created an adult coloring book in 2015 and will include a free pop-up coloring space for all ages during the Happy City exhibition— all materials will be provided.

We will be covering Happy City as the date nears, but for more information in the meantime, visit the Denver Theatre District’s website.