I’ve been to a lot of breweries over the years, but there was something different about Saturday. Walking in the doors, I wasn’t just a patron — I was part of a group participating in a first of its kind collaboration brew. In the original Great Divide tap room on Arapahoe, this group of people from all different walks of life had coffee and wondered — what we had signed up for? 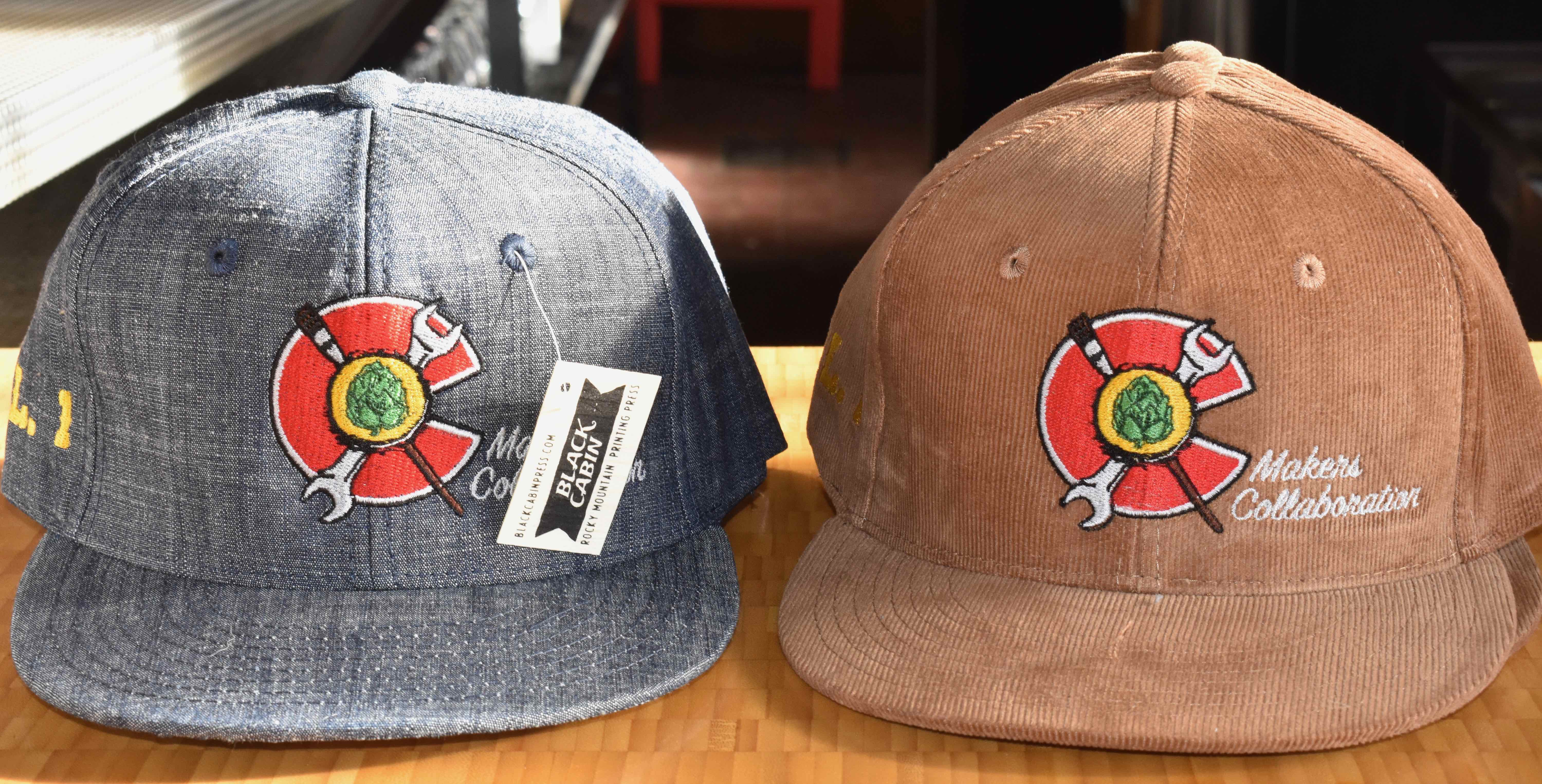 The final group of makers included Suzette McKinnon of Launch Advertising and the Colorado Hop Yard, Lance Williamson of the Colorado Hop Yard, Amanda Willshire of Awd aRT, Shawn Gracey of Black Cabin Press, a team from Serenity Forge, Clint McDowell of Great Divide, Bryan Harris of Great Divide and me — Alysia Shoemaker from Hard 12 Brews and 303 Magazine. Walking into the brewhouse, each maker put on our safety glasses and made our way to the pilot system for Great Divide, a 10-barrel system which, on this day, was targeting seven barrels of our final product, a hoppy red – an India Red Ale. 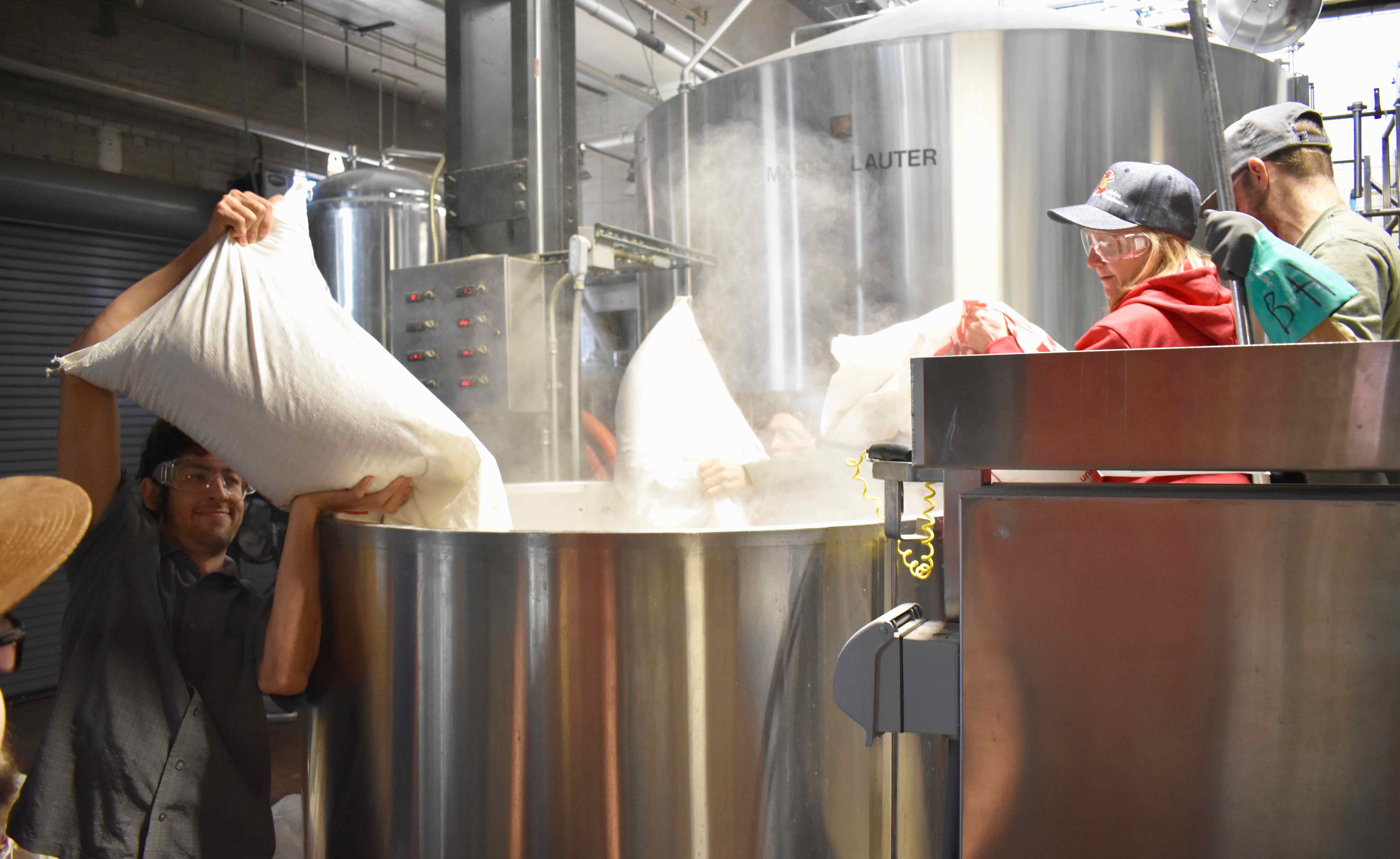 The Makers adding in the milled grain

After a brief explanation of the general brewing process, we got to work adding bag after bag of milled grain to the hot water being pumped into the lauter. It’s tough to say what was more difficult – lifting the nearly 50-pound bags up and over the metal wall or trying to stir them with the hot water once inside. The next time you have a chance to chat with a brewer, any brewer, check out their arms: No gym membership needed with the physical labor they take on to provide us with tasty beers. Once all the grain is added and stirred, we were given a tour by McDowell and Harris. If you haven’t done the tour, do it. The sheer size of the facility and the history of the building and company make each beer just a bit tastier.

The next step is to take the sugar water – or as it’s called the wort – and separate it from the grain so it can be brought to a boil for the all-important hop additions. This is a labor-intensive process from the brew equipment, as well as the manpower from Harris – whose job was to make sure the water drained equally from the top and bottom and the other tank filled up at the same pace. For this particular moment, we were more watchers than makers. With beers in hand, we watched Harris maneuver the machines on feel and test the wort periodically to make sure the end result was going to be just right. The brew room smelled sweet, and we all learned just how much patience and balance was needed to brew. This was also a brief moment of excitement when there was a brief boil-over – brewing is also a messy business. 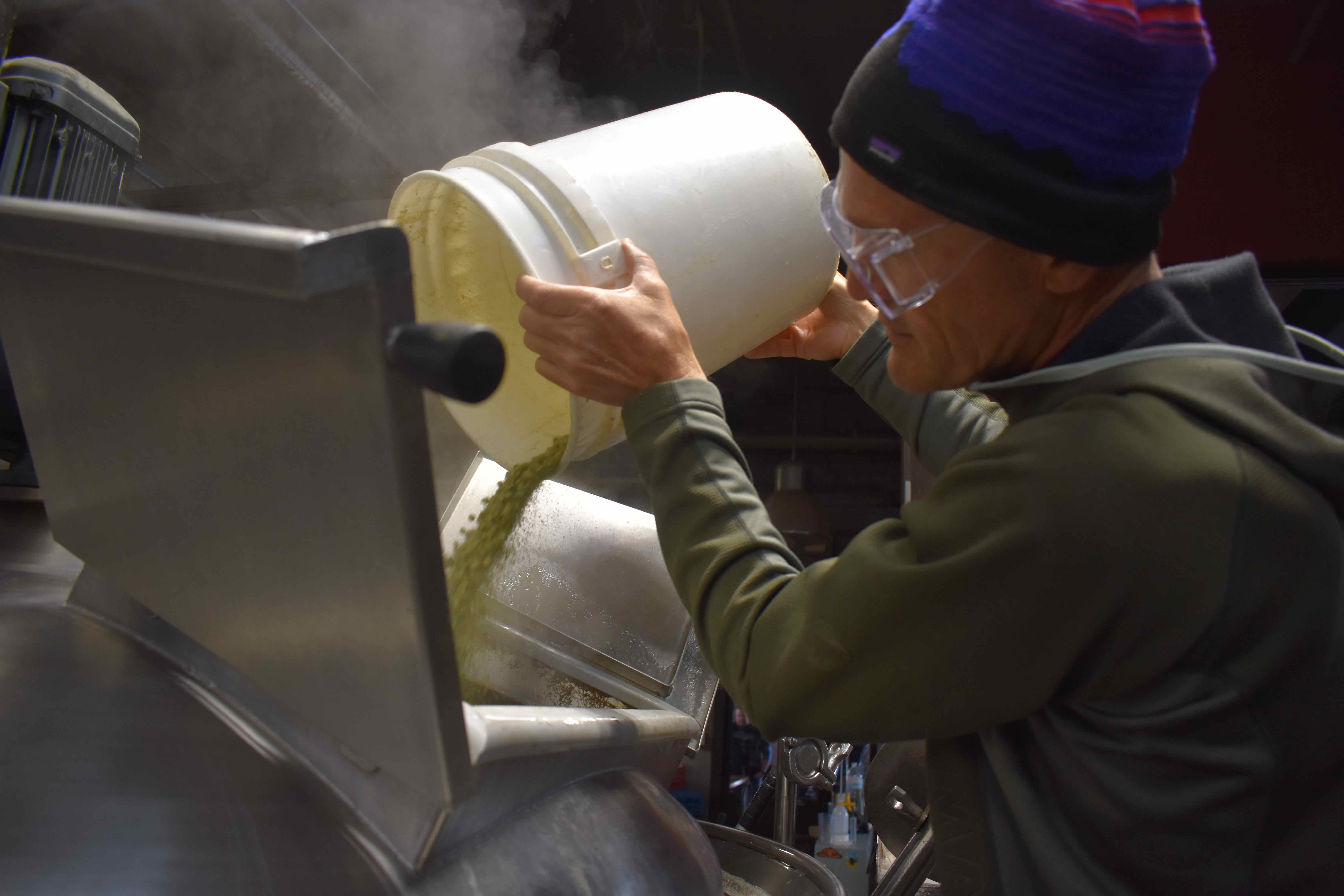 After the wort was transferred and hit the boiling temperature, some different members took turns adding the hops. The brew day was wrapping up. After the boil is complete, the beer is cooled down, then the yeast is added and the beer is sent to ferment, while we were left to wait. It wasn’t just about making beer – it was about exchanging ideas in between each step. From farming to writing to advertising and art thoughts, ideas and beers were exchanged. A community of people was brought together and will stay together as the original makers partnered with Great Divide Brewing Company.

The beer releases on February 17, 2018 at the Great Divide Arapahoe location, and all the makers are planning to be in attendance. If that wasn’t enough to entice you, here’s a hint of what the beer recipe includes – Munich T2, Marris Otter, CaraRed and Chocolate Malt to name a few — as well as Chinook and Cascade hops among others. We can’t give you the full breakdown, but this should peak your curiosity.

The beer also has a name: No Apostrophe. We’re still debating whether or not one is needed in the “Colorado Makers” moniker – we invite you to join the debate.

As far the makers on the apostrophe debate, Willshire said it best: “We don’t own it – we just make it.”

More details about the release will be announced closer to the date. Count on something special going on at the brewery.