Review – Kodak Black Did Not Surprise but Did Not Disappoint

Kodak Black is a polarizing figure. He’s young, talented and makes unapologetic music that could not be further from the classic hip-hop that many in the audience at his show at the Ogden Theatre had grown up on. Coming across as some alien bastard-child of Lil Wayne and Lil Boosie the Florida native managed to sell out the venue, despite large swathes of the audience admitting to only knowing one or two of his songs. His unusual appeal was both baffling and blatant — people obviously understood why they were there though there seemed to be a mutual inability to articulate exactly what the reason was. Such was the man’s je ne sais quois — despite largely playing his own tracks as he and six members of his crew served as hype men for the recorded music, no one appeared to leave disappointed.

Kodak is emblematic of a generational shift — the original tenets of skills and lyricism have been supplanted by a welcomed focus on charisma and the ability to work a crowd. “Kodak speaks the real, he speaks about a lot of shit people didn’t see,” said Atlanta native Cliff Danzy, rightly addressing Kodak’s vivid depictions of the realities of American poverty. Kodak celebrates opulence, but his impoverished background is never far from center stage lyrically. 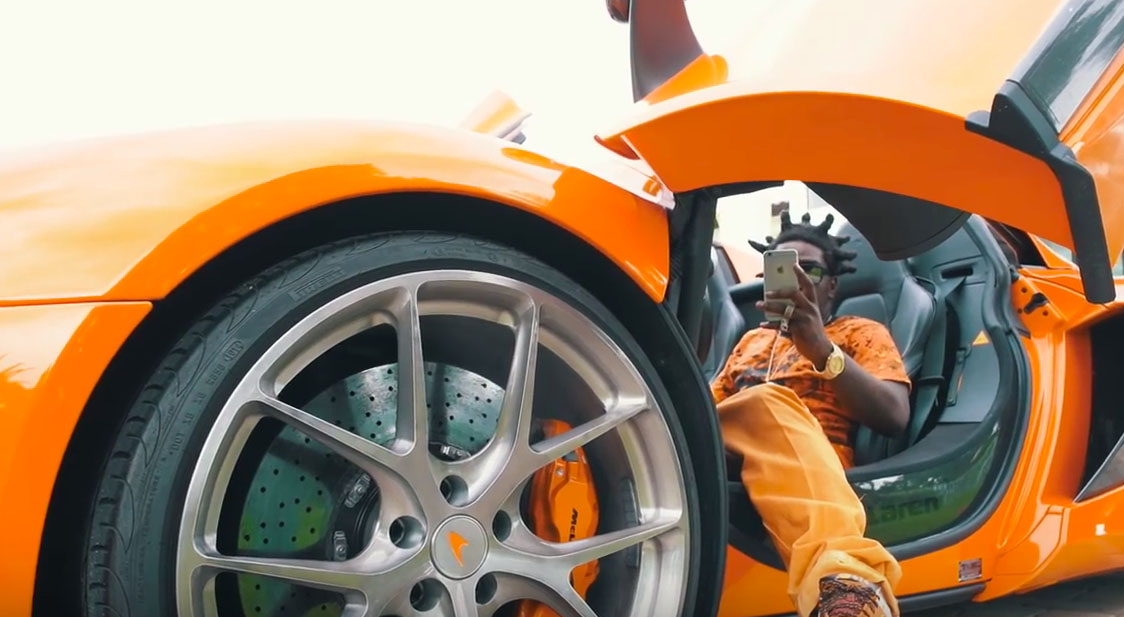 Walking the platform with a clenched jaw and wild eyes Kodak flaunted his druggy persona with a certain grace and surprised no one with his willingness to let loose as much or perhaps more than the audience — though, let loose the audience did. Crying girls were escorted from the venue, an ambulance made an appearance out front and there was even a chase that involved the perpetrator, plus a security guard and a policeman who both ultimately returned dejected and empty-handed as the crowd out front cheered, celebrating the runner’s escape. A man with a megaphone preached hellfire and damnation and was met with scorn by a group of people who had obviously come to let their hair down. “He go hard, that’s it,” said Denver native Steffen Steffanko, summing up best Kodak’s emotional appeal. 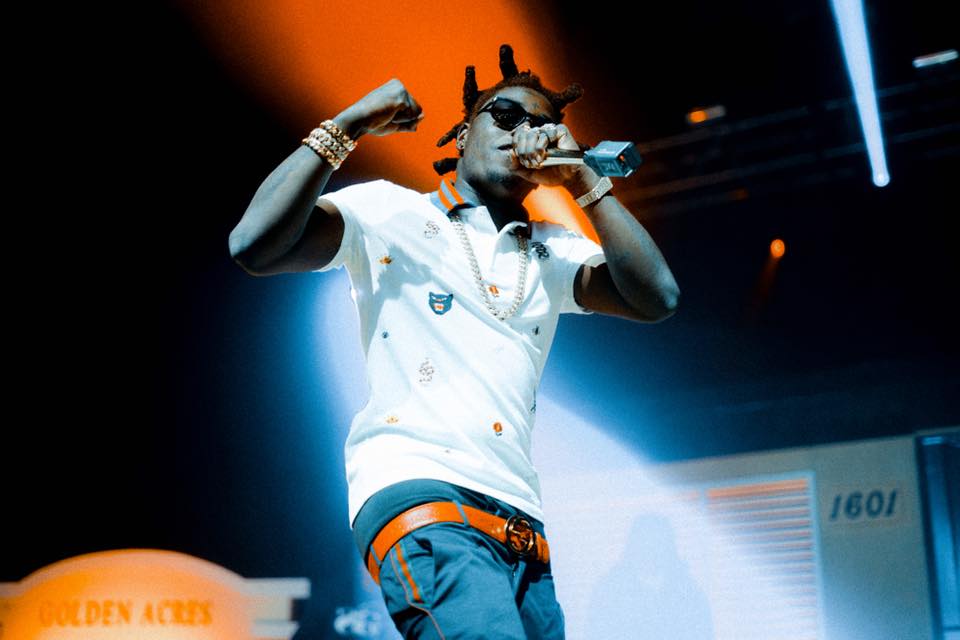 The sneaker game was extraordinary, there was a lot of Bape. The audience was in full effect, and the quality of the party was great. Kodak demanded attention but did not completely dominate the atmosphere. Unlike many shows where the performer requires absolute focus, Kodak curated a party that left room for uninhibited get-down. Hits like “Roll in Peace” off his newest tape Project Baby 2 inspired cheers and reckless dancing, the London on da Track-produced song sounded magnificent booming from the Ogden’s more than sufficient sound system.

There were no openers, only a DJ to warm up the crowd who did so with a good mix of many of today’s street anthems and an unusual departure to Miley Cyrus’ “Party in the USA”, which much to my surprise was welcomed with open arms. Gone are the days of exclusive grit, scowls and head-nodding replaced by grins and gyrating. Songs from his studio debut Painting Pictures were interspersed with his mixtape gems. A trap house was constructed onstage, reminiscent of 2 Chainz’ slightly more impressive and even more garish display gracing the same stage a few months prior. Kodak didn’t defy any expectations, but his success has come from staying true to form, which he certainly did with unequivocal commitment.