Review – 2 Chainz, One Broken Leg and Another Great Show

2 Chainz just keeps getting better. The Atlanta rapper, born Tauheed Epps, continues to elevate his craft, expand his stage production and prove his viability as one of the rap game’s most formidable entertainers. His sold out show at the Ogden Theatre on Wednesday night is evidence of this. 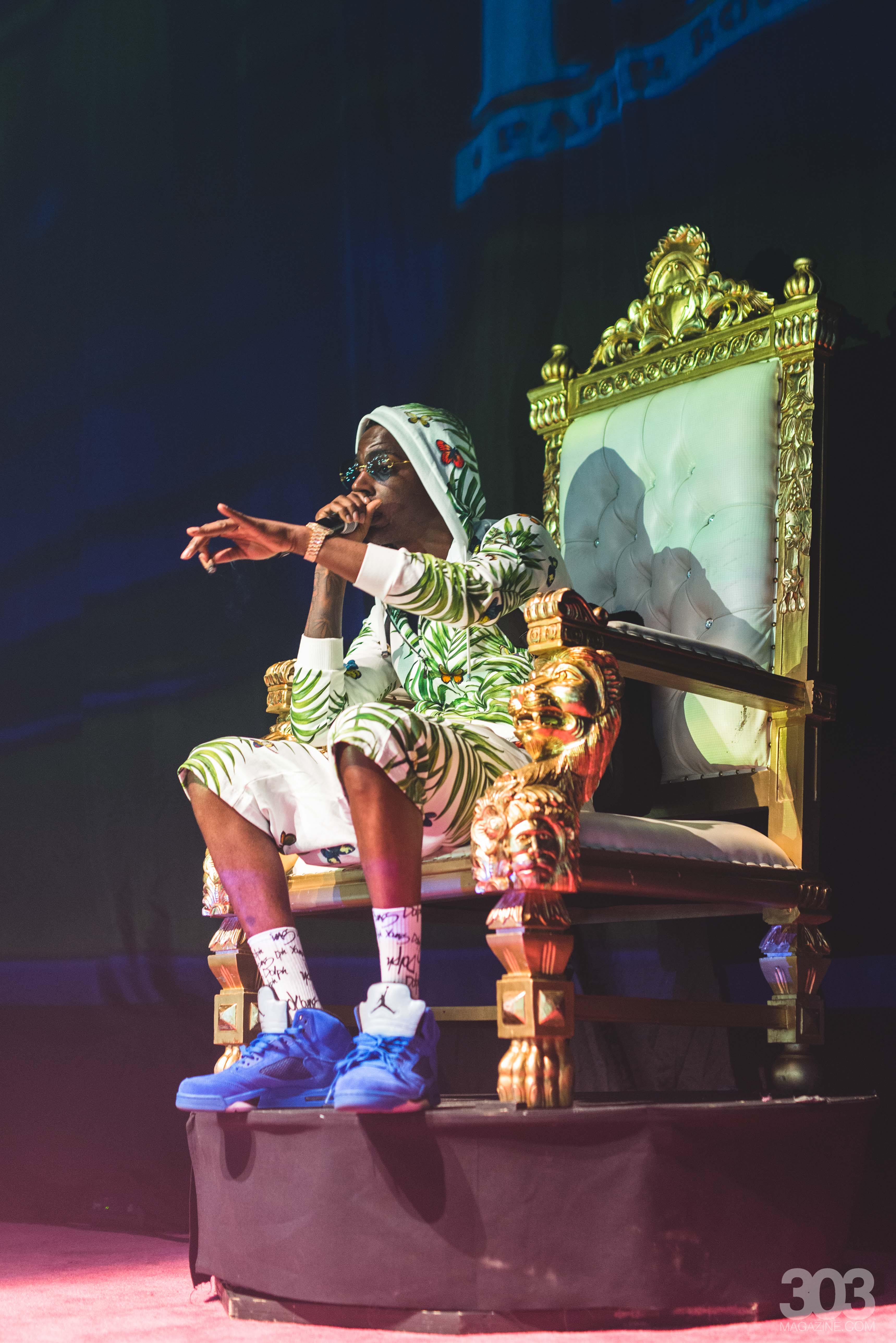 Young Dolph on the throne.

The show opened with a young upstart from 2 Chainz’ own T.R.U. Records, Skooly. Despite being largely unknown, the young Atlanta native still managed to entice two ladies from the audience to leap on stage and gyrate for the duration of one of his slower and more sultry tracks. His energy was infectious — he paced the stage with all the charisma of a lead act, suggesting that this is just the beginning for the Rich Kidz alumni. Direct support was provided by Young Dolph, who emerged from a makeshift throne sporting a tropical jumpsuit and backpack. Dolph listed off his many aliases to the crowd, including the rather audacious claim of “king of Memphis.” The crowd buzzed as the “100 Shots” rapper hit the stage — much of the audience was clearly there to see Dolph flex his style as much as they were for the well-renowned headliner. 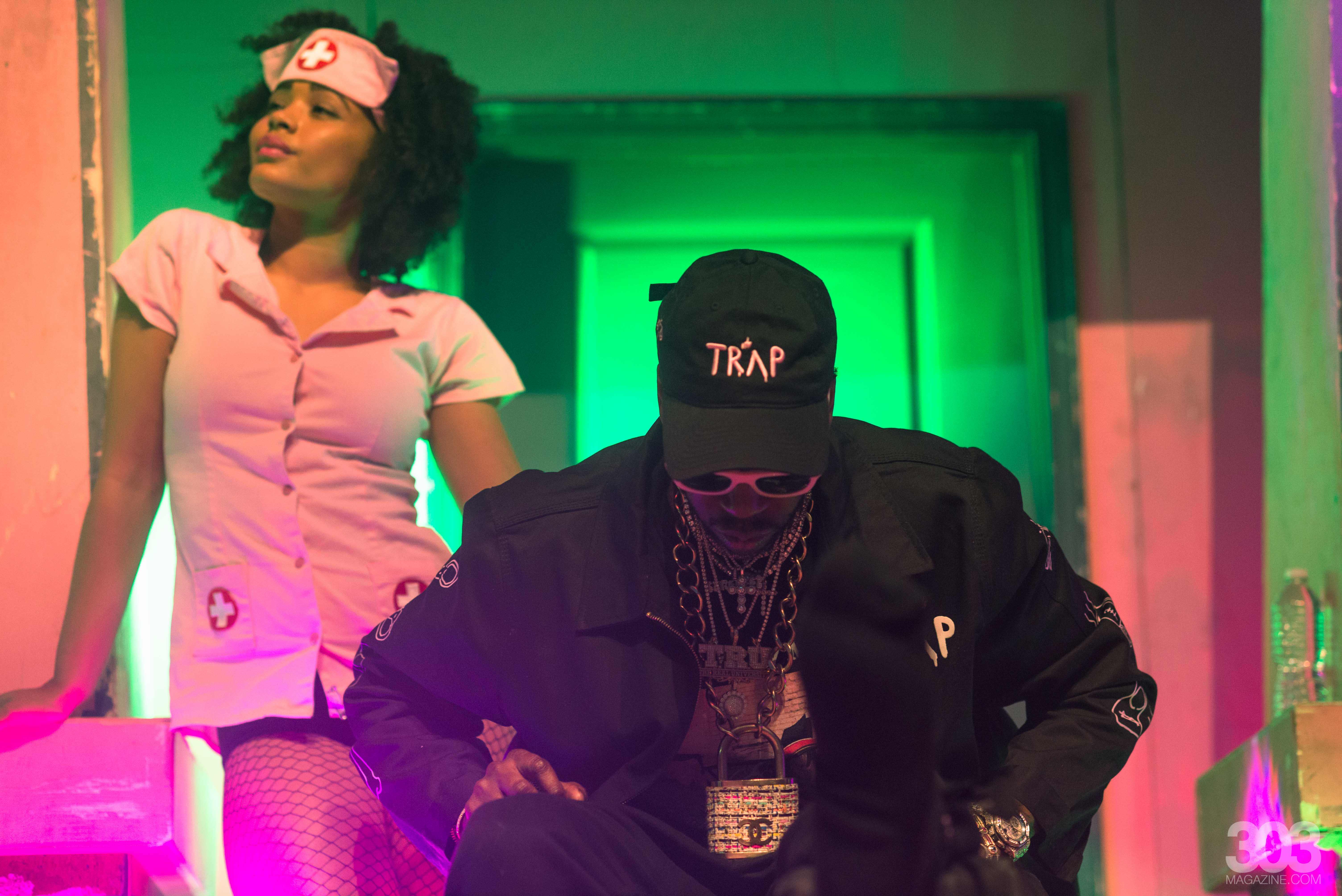 2 Chainz is an extraordinarily charismatic performer. In the past, I’ve seen the man carry multiple shows just on the strength of his rhymes, stage presence and often hilarious interludes and observations. His 6’5″ frame and extravagant style don’t hurt either. This evening, however, was different. When it came time for Chainz, the curtain rose to reveal a detailed replica of the pink trap house emblazoned on the cover of his excellent new album, Pretty Girls Like Trap Music. As the door of the house swung open, the rapper rolled out in a custom pink wheelchair complete with gold rims – a scantily clad nurse seductively paced him across the stage for the duration of the performance. Rather than cancel the tour after an unfortunate breaking of his leg, Epps devised a way to remain fresh throughout his recovery. The rapper — who is just a few weeks shy of 40 — made a case for being the coolest guy on the planet, displaying a self-possessed confidence and a clear commitment to his fans. The immeasurable talents of two highly flexible and athletic dancers and a four piece vocal outfit dubbed the “Trap Choir” completed the scene. The album cuts “4AM” and “It’s a Vibe” were elevated – the vocalists added incredible richness to the already dense songs. 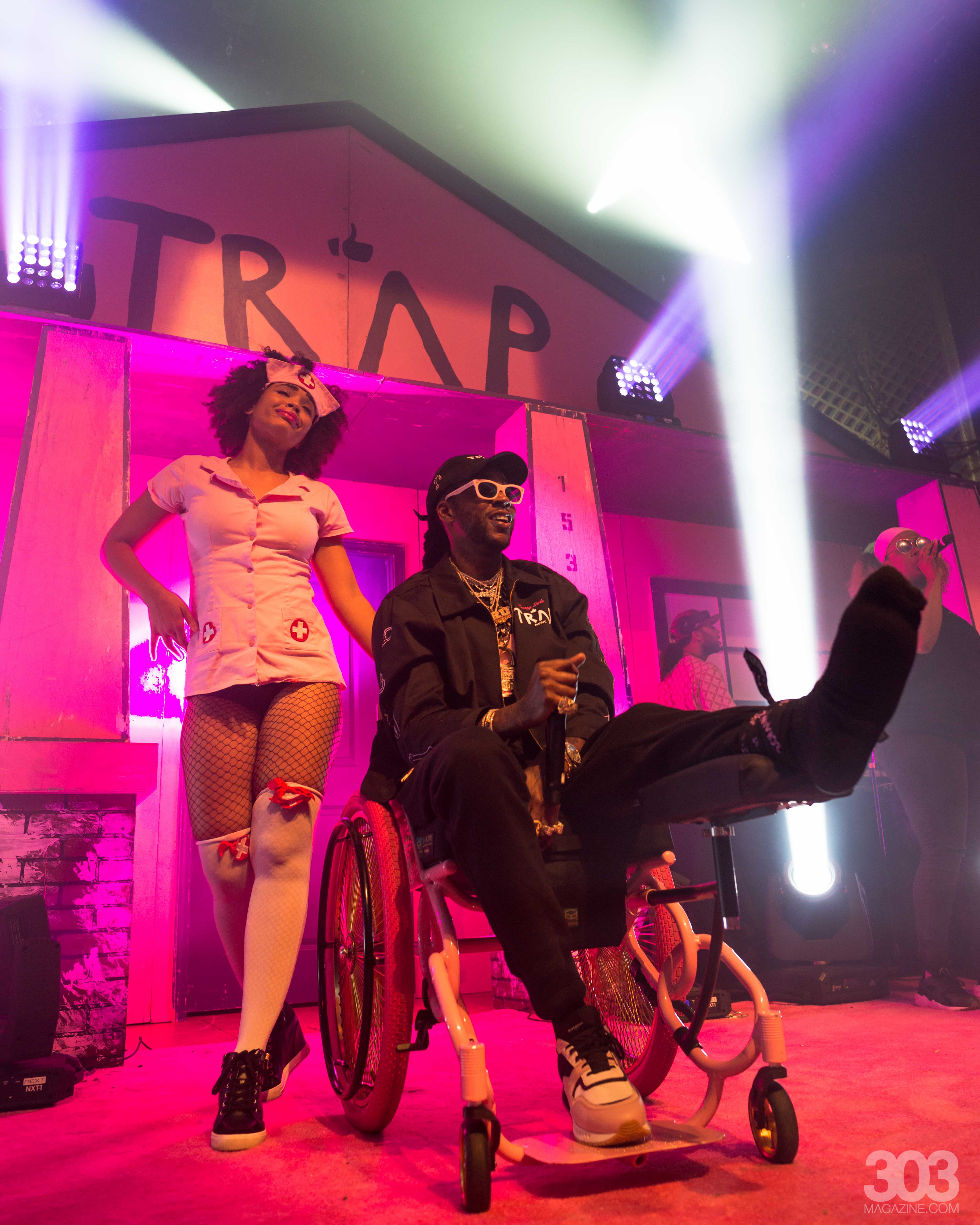 2 Chainz has made a name for himself as one of the most desirable feature artists of the past several years. Gracing tracks with his distinct blend of comedy, thoughtful observations and drug boasts, he has appeared on records with just about anyone of notoriety in today’s rap scene. One of the show’s greatest strengths was his ability to seamlessly blend his own album cuts with his verse from other artists’ hits. The ever-positive “No Problem” by Chance the Rapper appeared early on, and Drake’s dark and enormous strip-club banger “No Lie” received a treatment that would make Magic City proud. 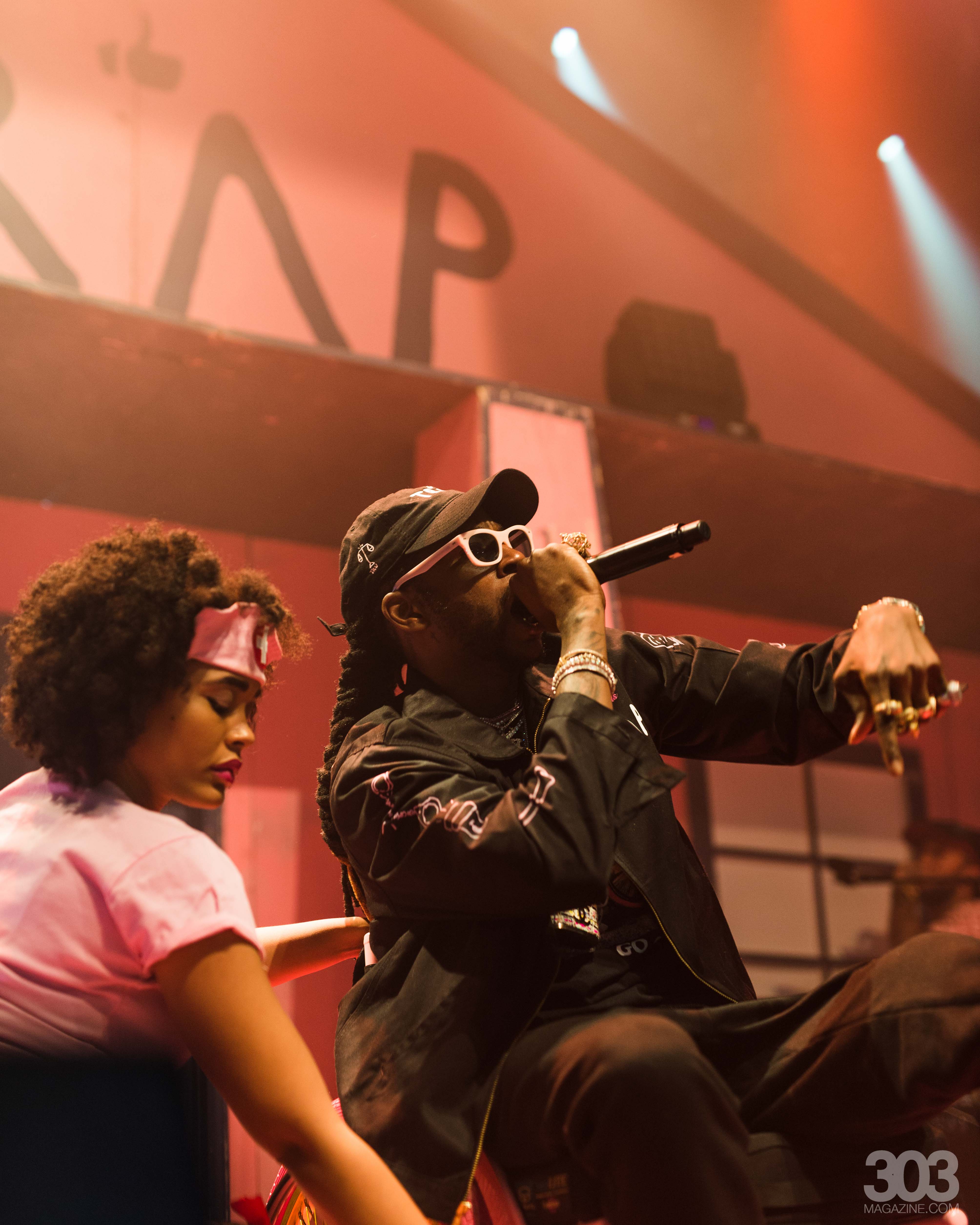 Many in the audience wondered aloud why the event was not held at the Fillmore — reasonably assuming that Epps could easily fill the much larger venue, but the intimacy made the show. In the end, 2 Chainz’ confidence was contagious. As people filed out into the street it was clear that his message had gotten across — people strolled out casually, exhibiting pride in their individuality and whatever hustle got them there in the first place.