You may have caught a whiff of La Pompe Jazz’s “hot-club” swing music at fun local events such as the Denver Flea, Five Points Jazz Festival or The Big Wonderful. Or perhaps you’ve twirled to their gypsy folk tunes at The Arvada Tavern or Ophelia’s. These guys sure get around town, typically playing at least a couple shows per week, spreading their take on upbeat American tin-pan standards to the masses. They are one of Denver’s most popular swing bands — and next week they’re throwing a(nother) party.

La Pompe Jazz is throwing their EP Release Party next Wednesday, December 13 at Dazzle Jazz, located in Downtown Denver at 1512 Curtis Street. Tickets to the EP release party are $15 (+ fees) and the event kicks off at 7 p.m. Their new three-track EP, aptly titled LPJ EP, is short and sweet. The bite-sized length of LPJ EP makes it extremely palatable; its tracks flaunting the band’s dynamic versatility. Stay tuned for the release of a  super secret fourth bonus track on LPJ EP entitled “If You’s A Viper,” which is being released by Culture Magazine.

LPJ EP is the band’s third album to date (the first being a promo in 2015), and their second release of 2017. Their full-length album Lush was released in January of 2017 and contains 12 lively tunes (composed of quirky lyrics like “Words are only things we seem to say” and including a delightful little riff on the Beatles’ “Norwegian Wood” tucked into the sixth track, “Roberto’s Waltz”). 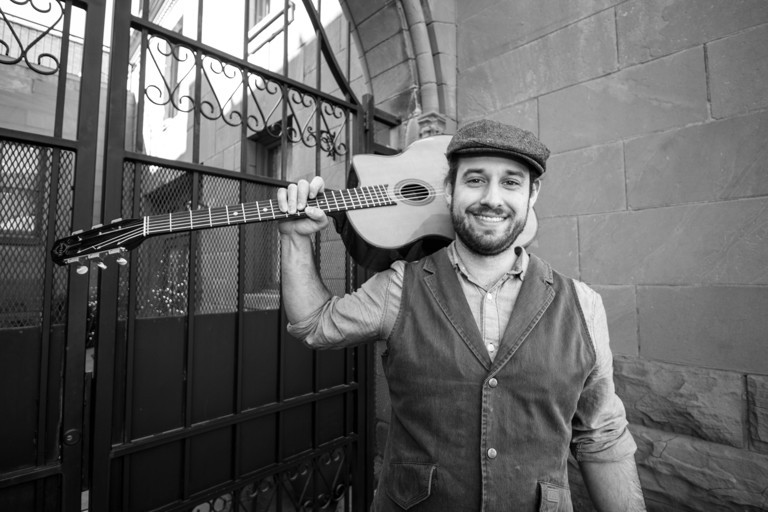 La Pompe Jazz’s bandleader David Lawrence took some time to talk with 303 Magazine this week, describing how LPJ EP was a special occurrence. The band was picked up by 3db, one of the newer recording studios in Denver, who wanted to do a promotional giveaway — and chose them to be their featured band.

For the EP, La Pompe Jazz really wanted to showcase their original music, tying into what jazz personally means to them. While most gypsy jazz bands stick to a very specific repertoire, La Pompe Jazz wanted to “make it their own and infuse their heart into it,” Lawrence explained. And the best way to do this was by writing original material, allowing them to “explore and bring their own elements into it.” They know they’ll never be Django Reinhardt — but they strive to be the best version of themselves.

Regarding the three tracks on LPJ EP, Lawrence described “Railroad Track” as “really bluesy, rambling and slow with a cool vibe.” It’s not your super typical gypsy jazz tune — but is still influenced (by the genre), in a minor key with tension built into it. “Love Letter” — a track composed by guitarist Andy Hannum — is their take on traditional instrumental French style tune. And “Jersey” pays homage to the big swing scene in Denver, staying true to the music La Pompe Jazz plays most frequently. The three tracks are each pulled from different influences, making LPJ EP both exciting to listen to and impressively comprehensive.

“Our music is very improvisational based. Even when we’ve played a song one hundred times, it’s different every time. Even if it’s subtly different, it’s different.” – Lawrence

This style of playing allows La Pompe Jazz to stay fresh and unique, giving them “the opportunity to grow and learn with each other.” Because they play so often, the band has developed a tightness and cohesion that isn’t typical of most jazz bands. “We just got lucky. Our genre is really fun. I love it,” Lawrence told 303. 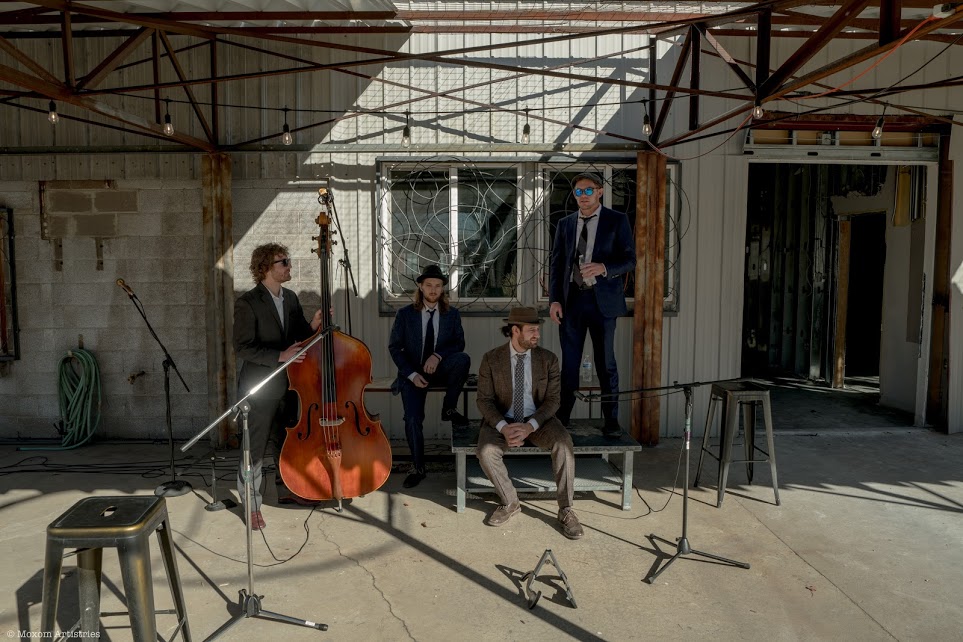 If you can’t make it out to this upcoming “school night” party, you can catch La Pompe Jazz playing live at the 3rd Annual Speakeasy Soiree at The Hangar at Stanley on January 20 at 7:30 p.m. La Pompe Jazz will be collaborating with other local Front Range swing acts during their three hour set at the Speakeasy Soiree, including Sweet B (vocalist) and Jeremy Mohney (saxophone and vocals) and Jill Frederickson (drums) — plus performances by local burlesque star Vivienne VaVoom and the Swingin’ Denver dance troupe. Travel back in time with local vintage vendors, Charleston dance lessons and WhistlePig Bourbon tastings at this event. Tickets range from $20-50 and are on sale now.