There’s no doubt about it — 2017 was a great year for food in Denver. Local chefs have put our city on the culinary map — competing with age-old US powerhouses like San Francisco, New York City and Los Angeles. But, what we never get to see, is what they like to eat when they aren’t working in their own restaurants.

We caught up with more than 20 of the city’s best chefs to ask — what was the best thing you ate at someone else’s restaurant this year? Here’s what they said. 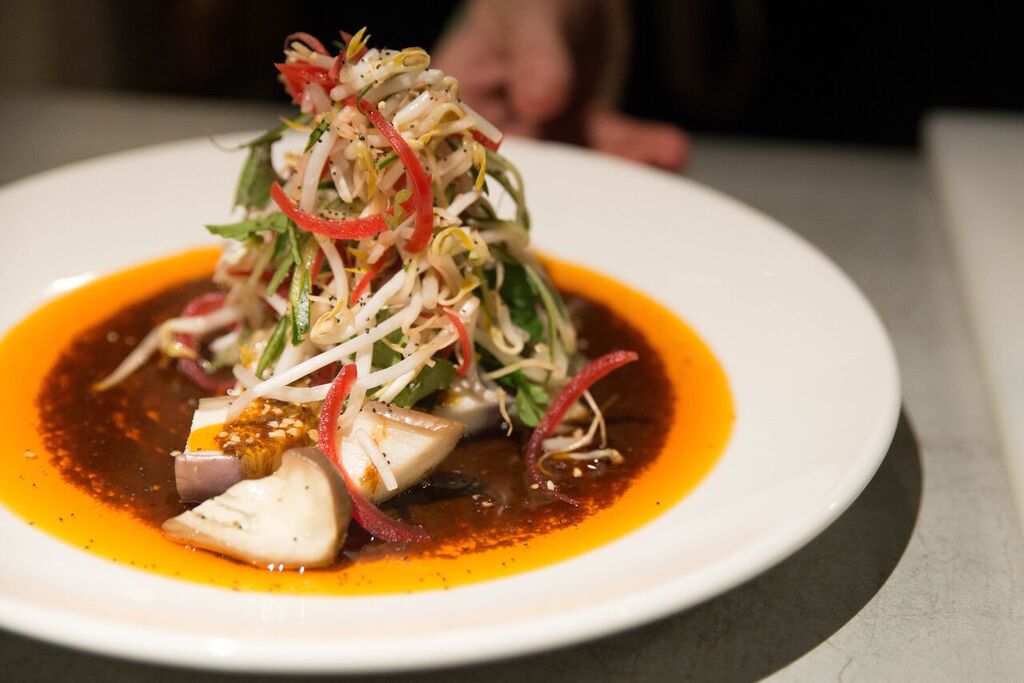 “I had crispy pig ear salad at Hop Alley and fell in love! I love those slightly crunchy little ears! Perfect amount of spice on them. He should sell that by the bowl for an appetizer!” – Elise Wiggins, Cattivella

“Hop Alley, for sure! Dishes such as crispy pig ears with tiger salad, a fierce vinaigrette and bone marrow fried rice. The restaurant and the food are fun and creative. I am a fiend for Asian food, and Hop Alley is exactly what I want on my day off.” – Austin Cueto, Kevin Taylor’s at the Opera House

“The best meal I had in 2017 was definitely Hop Alley. Tommy Lee is not afraid to season his food to that perfect level of spice, salt or acid. The restaurant itself is amazing; small with hip-hop blaring, and just an all-around amazing experience. It’s at the top of my list when people visiting Denver need recommendations.” – Russell Stippich, The Nickel 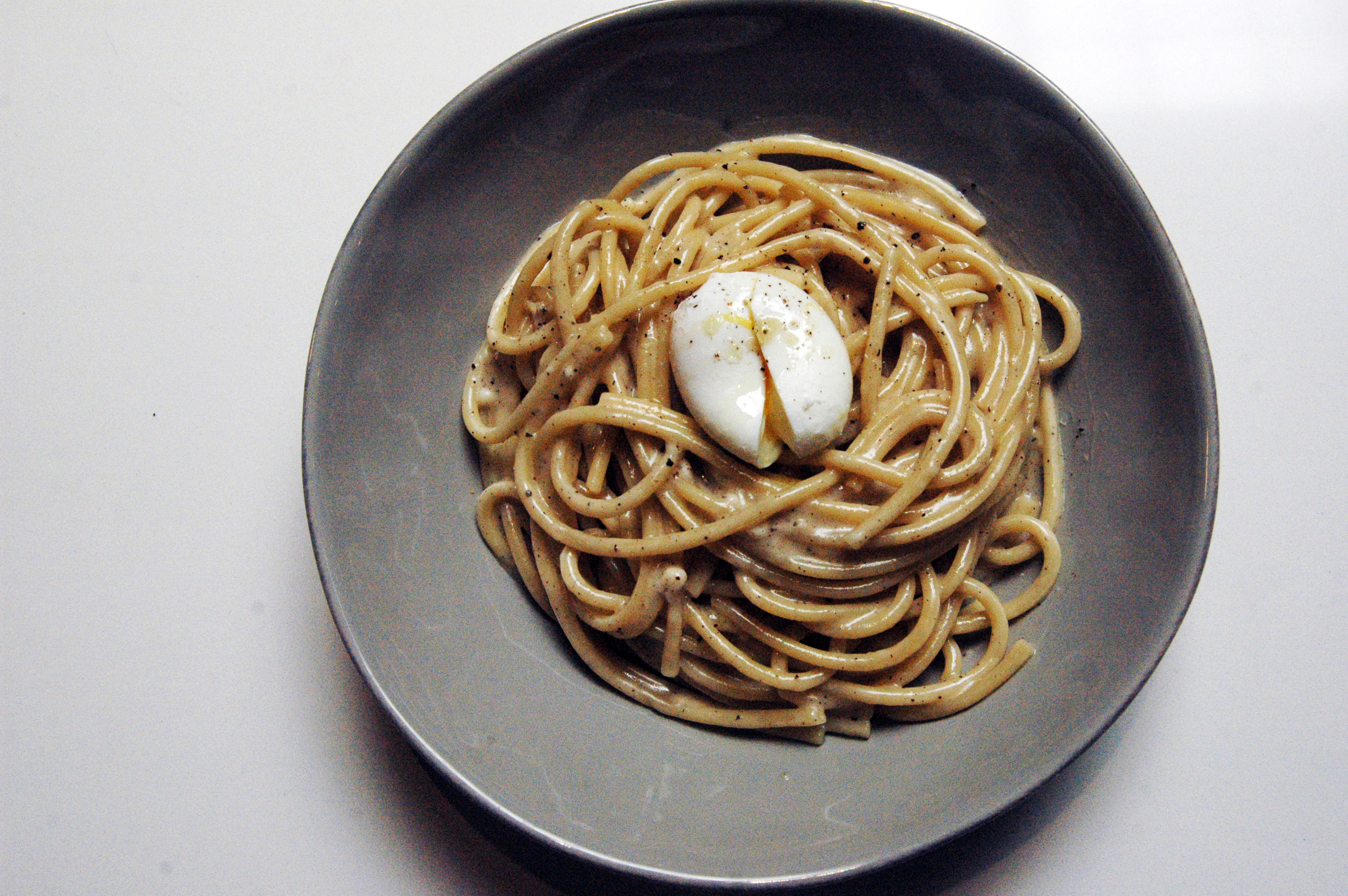 “Early this summer, I had an amazing spring garlic pannacotta from Bar Dough. With spring peas, fava beans, charred spring onion, crispy guanciale, aerated pecorino, lemon vinaigrette and mint, it was right on point for the season.” – Kevin Grossi, The Regional

“My favorite dinner in Denver for the year has to be my neighborhood wood-fired restaurant, Bar Dough. Fennel sausage bucatini, a seasonal mushroom pappardelle pasta, wood-fired garlic bread and an insane pollo al limone! If you’re there for happy hour, grab a 7x meatball!” – Blayne Ochoa, Bamboo Sushi 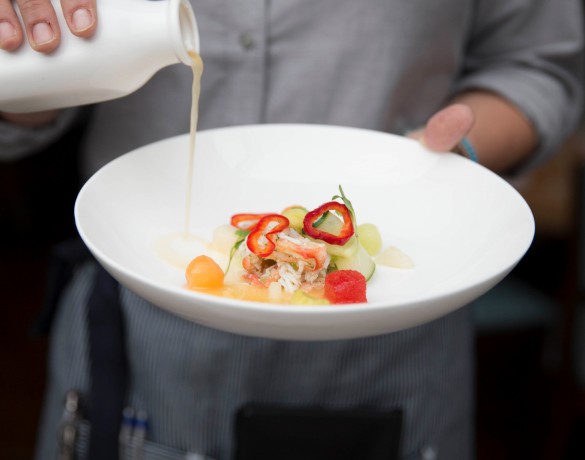 “I have to confess my obsession for Alex Seidel’s Reuben Sandwich at Mercantile. It’s like crack. The corned beef is so tender and just a tiny bit of smoke and the rye bread is so light that it doesn’t fill you up or distract you from the main course of the meat and sauce!  Alex, don’t ever take that off the menu!” – Elise Wiggins, Cattivella

“The most memorable meal I had in 2017 was from Mercantile, hands down. I had bone marrow served with fresh peaches and goat cheese that was to die for. I’m still thinking about it almost a year later! The creativity coming out of the kitchen at Mercantile is inspiring and refreshing.” – Mason Rodgers, Max’s Wine Dive 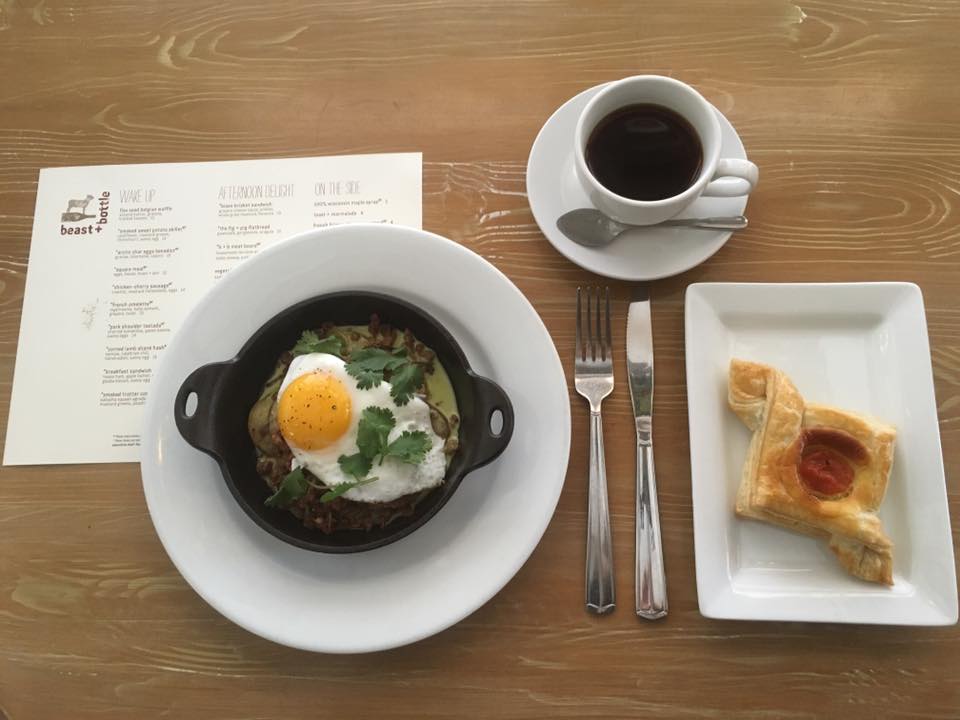 “Beast + bottle takes it for me. The plates were fun, beautifully created and obviously prepared with lots of love. The b+b meat board and the lamb are on point! All the ingredients were fresh, well paired and wonderfully intertwined. Fun, industry-driven food that was put out without an attitude.” – Mark Metzger, St. Julien Hotel & Spa 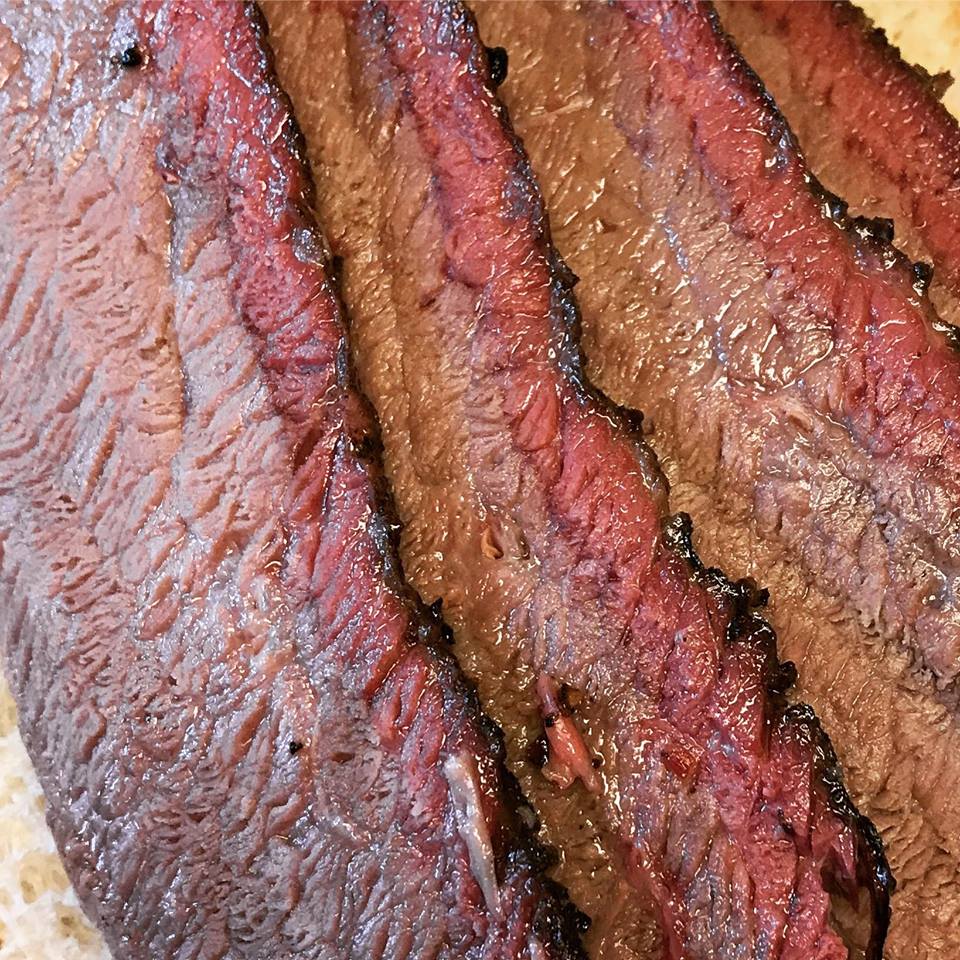 “My favorite meal was the Smōk bbq pop-up at Acorn from Bill Espiricueta. The brisket, sausages, chicken, burnt end sandwich and sides were the complete package when considering great bbq. Can’t wait for the actual restaurant to open!” – Tommy Lee, Hop Alley 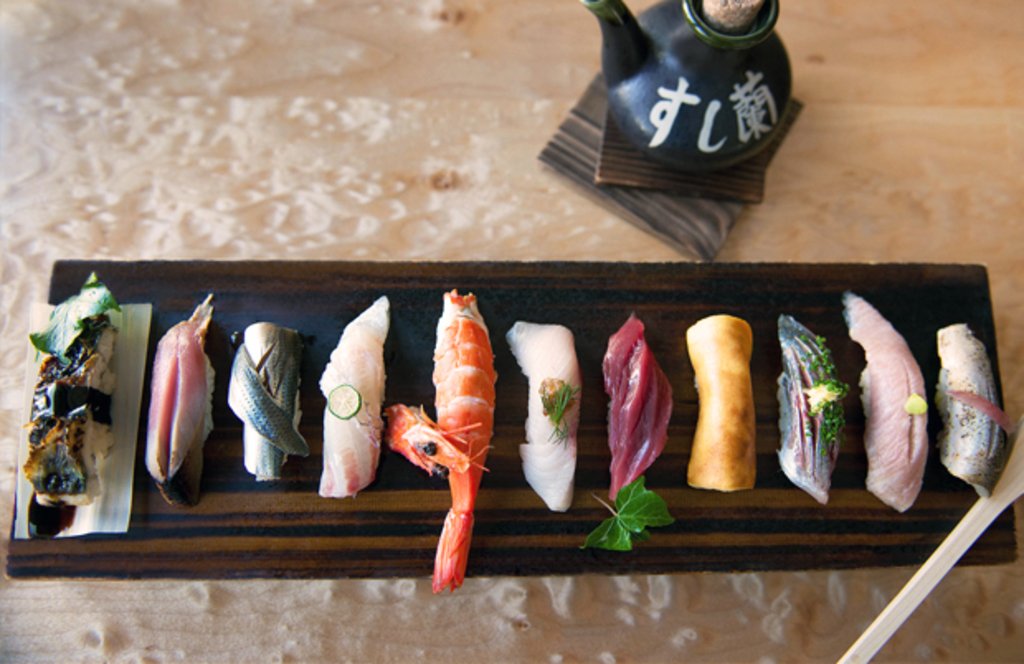 “The best meal of 2017 for me was Chef Omakase from Corey Baker at sushi bar at Sushi Ronin. The quality, the freshness of his fish along with the creative flavor combinations that he pairs with each piece of nigiri is unparalleled to any other sushi experience you can get in Denver. Definitely my most memorable and favorite of the year.”– Bill Espiricueta, Smōk 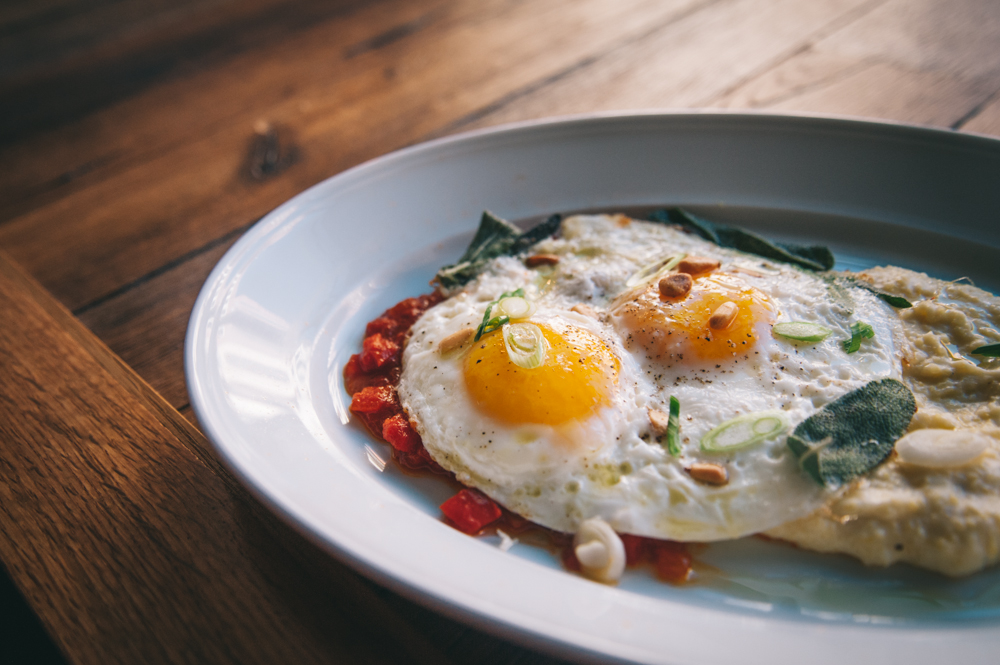 “My wife is a vegetarian and I love meat, so dining out can be a challenge for us. My favorite meal of the year was at Avelina. The menu had plenty of delicious choices for both of us and the service was perfect. We split a grilled squash salad and she had white corn grits for dinner; I had the ribeye. We were both so impressed.” – Logan Woodward, range 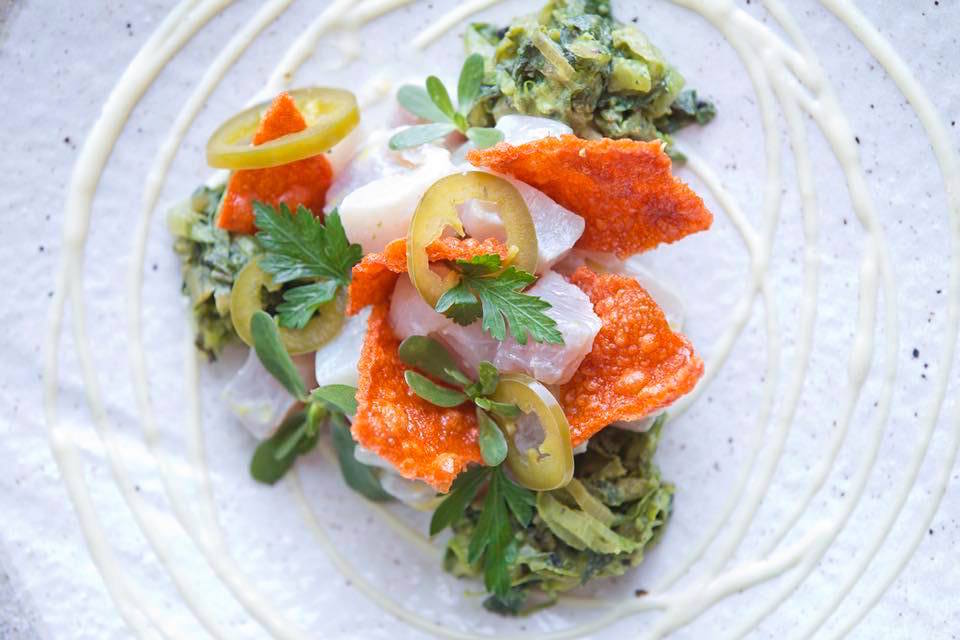 “One of the best bites of the year was at Señor Bear– the pigtail is so flavorful and so many textures from crunchy to gelatinous, all served with awesome accompaniments and of course the drinks are amazing. I love Max’s new spot.” – Jen Jasinski, Ulteria 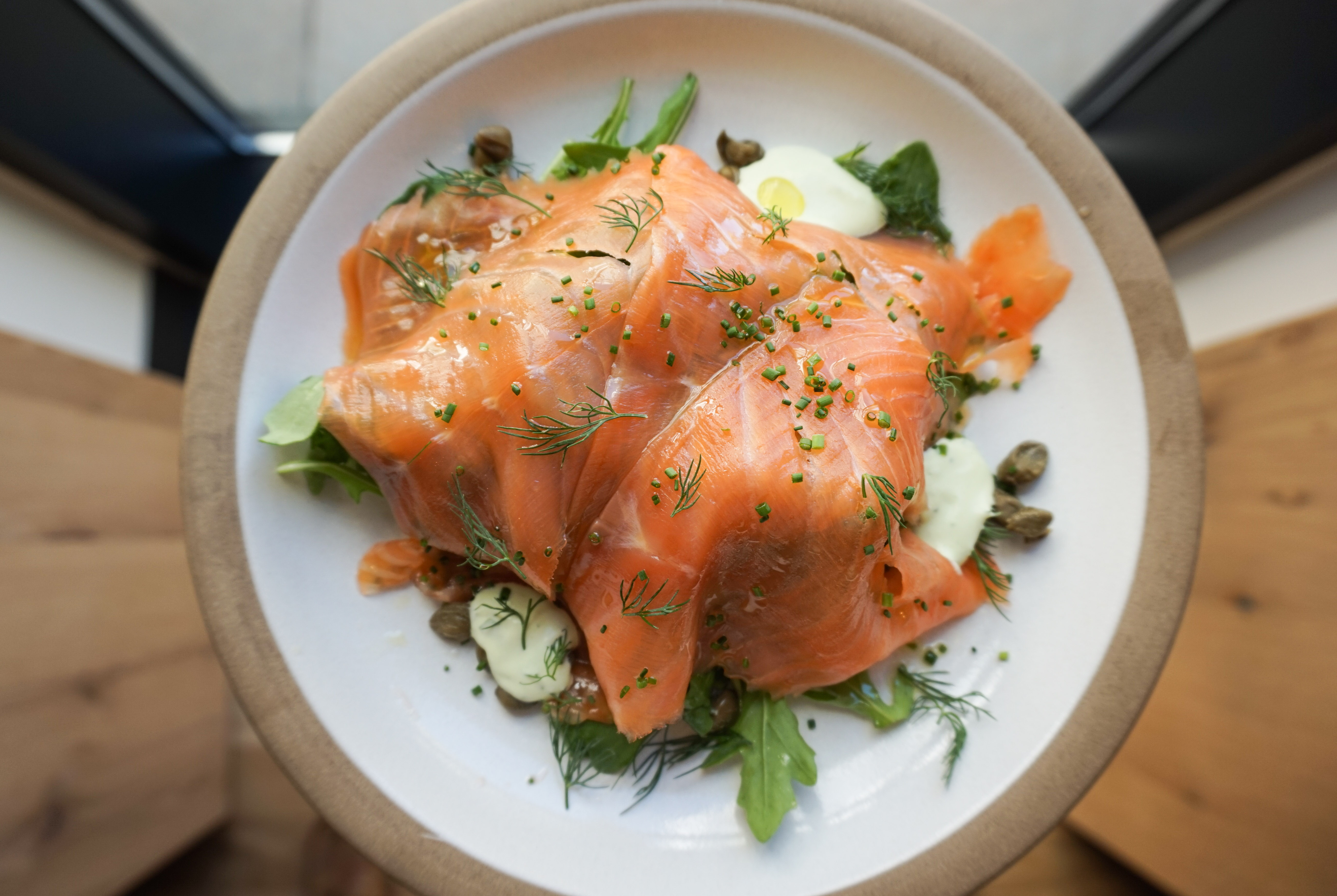 “I just ate at Tavernetta the other day for lunch and the Tagliatelle with lobster and Calabrian chili was killer. I loved the rich depth of the lobster sauce and the fresh chew of the pasta noodles. Then this hint of chili, which was smokey and spicy, the preserved tomato with a nice acidic balance, and, finally, fresh celery to complete the dish. Just a really great dish. ” – Troy Guard, TAG Restaurant Group 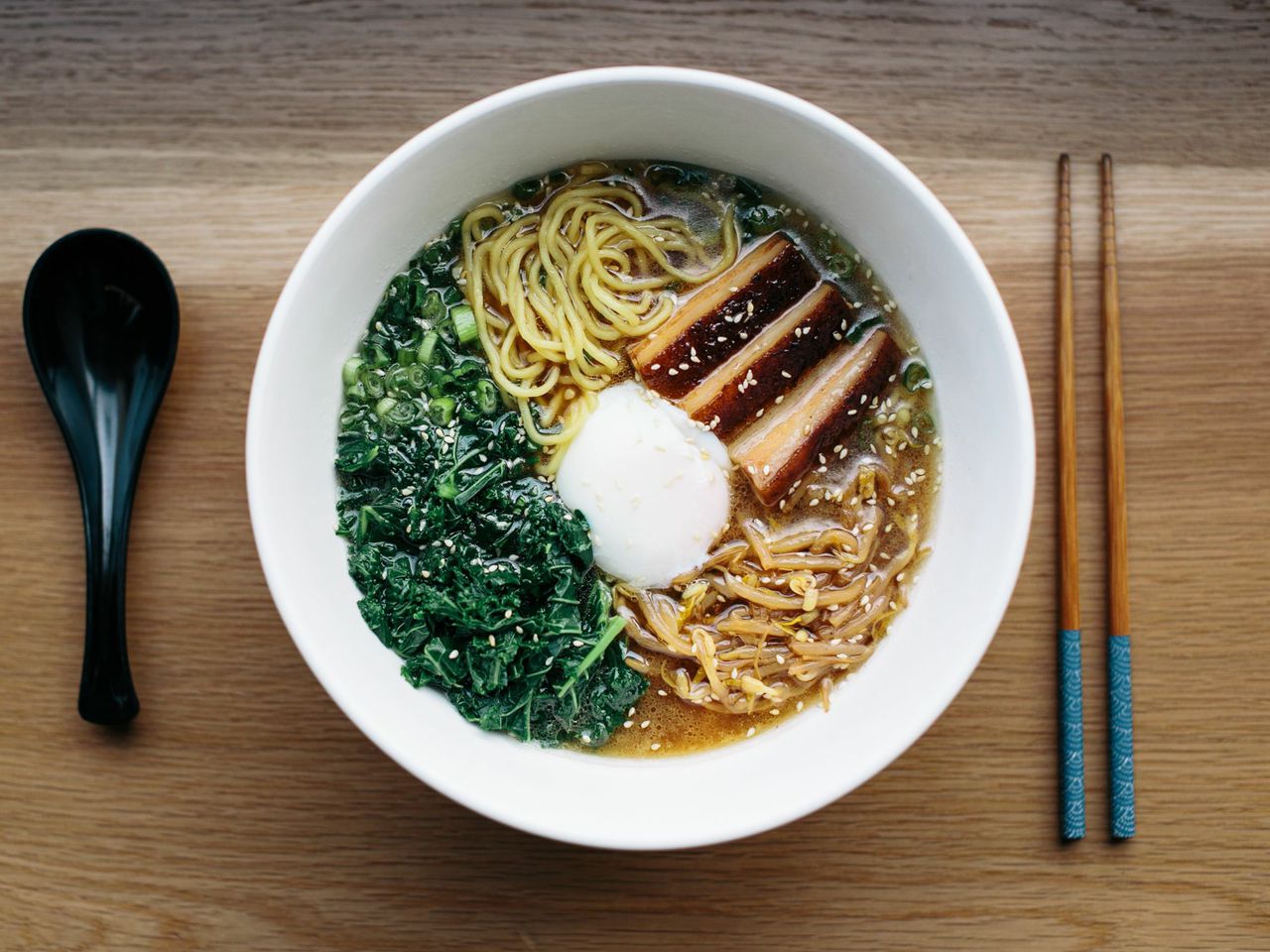 “My favorite restaurant of 2017 was Uncle. I love the yellowtail sashimi, chili pork ramen (I add tofu!) and pork belly buns. The vibe is awesome and the dishes are always on point.”  – Vicente “Vinny” Sosa of Que Bueno Suerte! 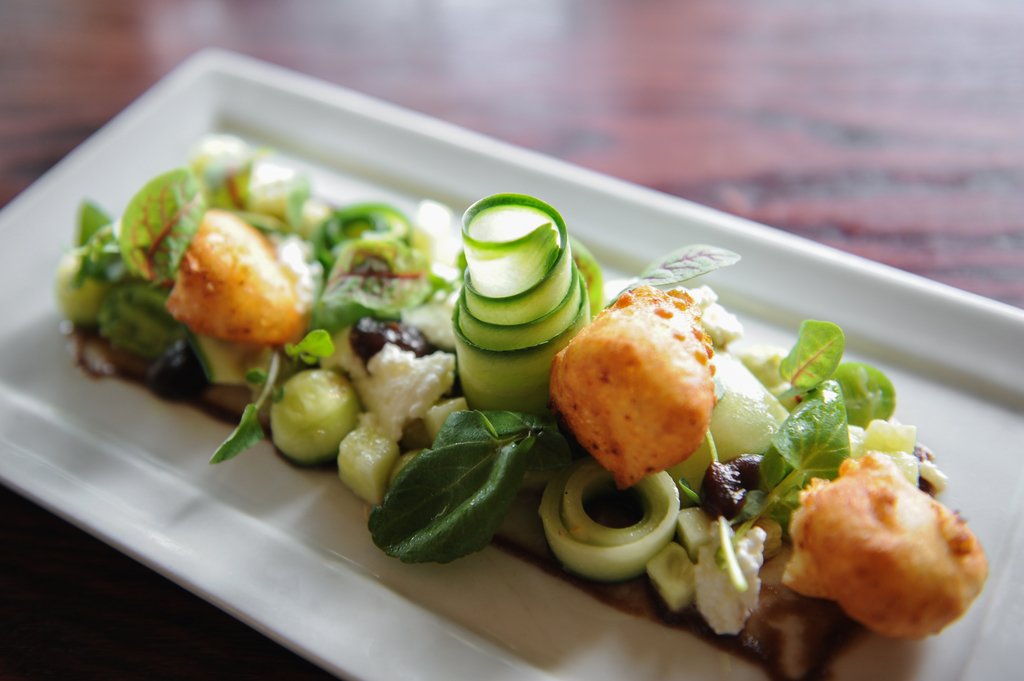 “I am a big fan of what Alex Seidel does over at Fruition. I always feel the service is top notch and on point. The food coming out of that kitchen is and always has been nothing short of beautiful and amazing. I honestly can’t remember exactly what we had, but I know we shared a bunch of things. It is just always a go-to restaurant where I know it is always solid.” – Jared Schwartz, American Grind 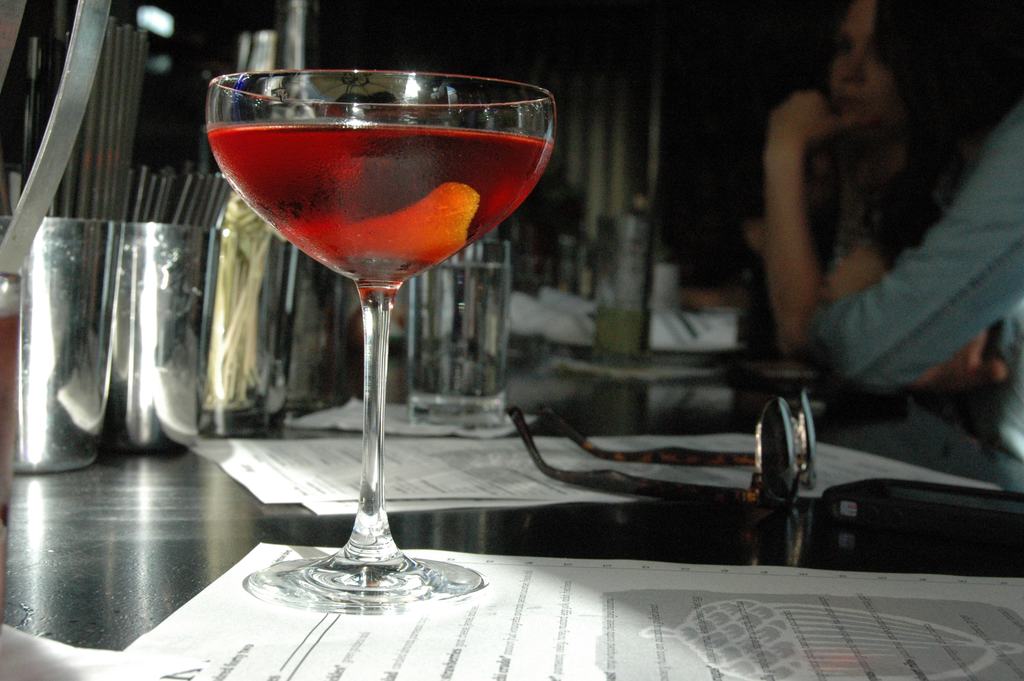 “Easy — one of my most memorable meals of 2017 was the absolutely divine roasted chicken from chef Kate Horton of Acorn. It was juicy. The very definition of comfort food, it was ridiculously flavorful. and it was served with this incredible, savory bread pudding that just pushed the entire dish over the edge into “where culinary dreams are made of” territory. Just telling you about it makes me want to eat it right this second!” – Kendra Anderson, Bar Helix 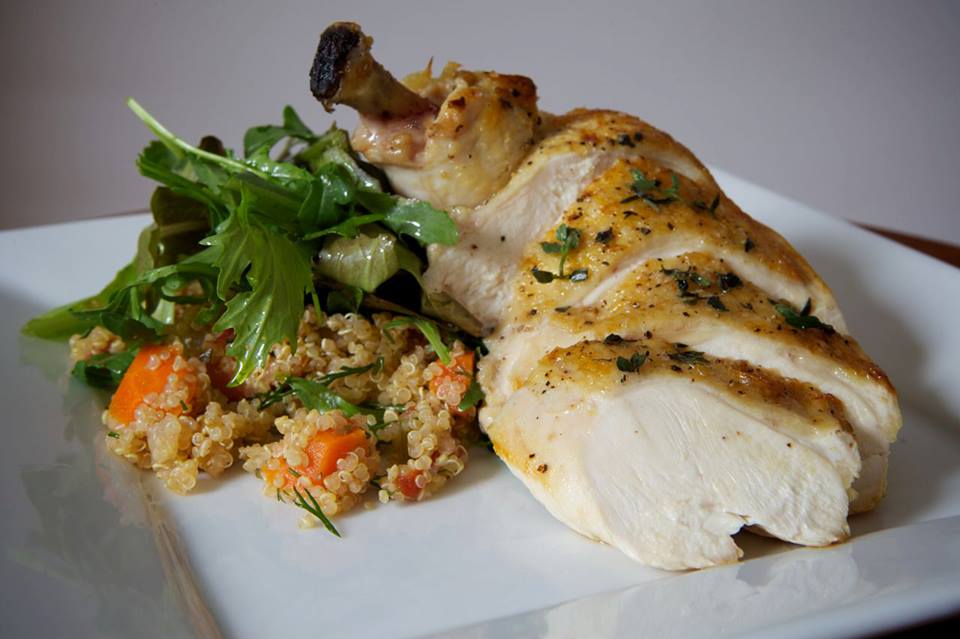 Photo courtesy of The Plimoth

“With two small children and two very busy restaurants, I don’t get out as much as I’d like. But, one meal that really stands out from last year was at The Plimoth. We stopped in for dinner, and I was with my husband and our close friends (no kids!). We had lots of really great wine, in a space that invites great conversation – it was really a much-needed night out. We ordered, quite literally, the entire menu and shared everything, and I really thought everything was spectacular. I loved that chance to explore so many different dishes from another chef who I admire.” – Mary Nguyen, Olive & Finch 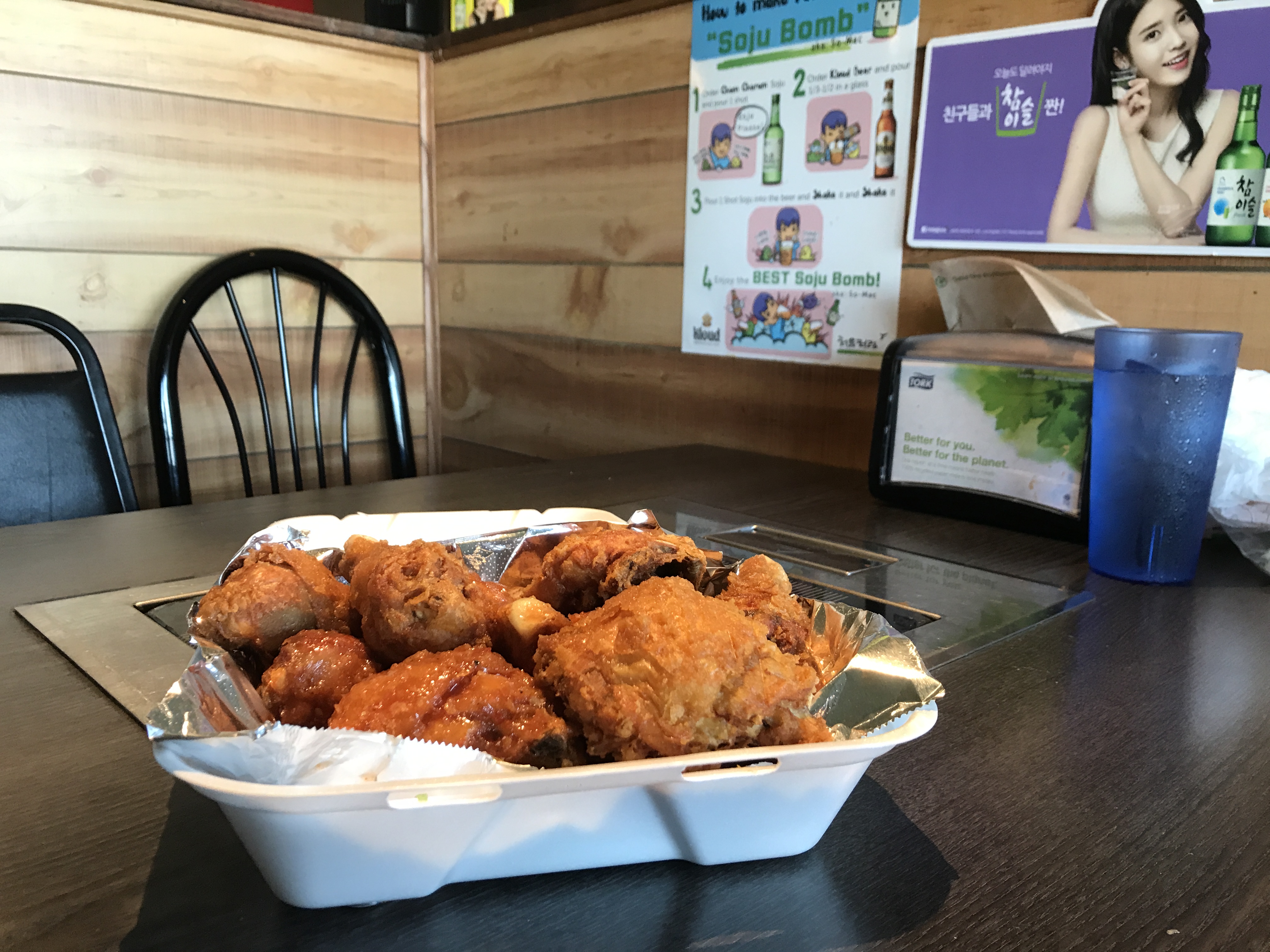 “The best meal I had this year was our Thanksgiving meal…. we got loads of Korean fried chicken from Funny Plus with their thai chili sauce it couldn’t have been a more perfect way to spend the holiday. No cooking for me and the crispiest and tastiest fried chicken around.”– Caroline Glover, Annette 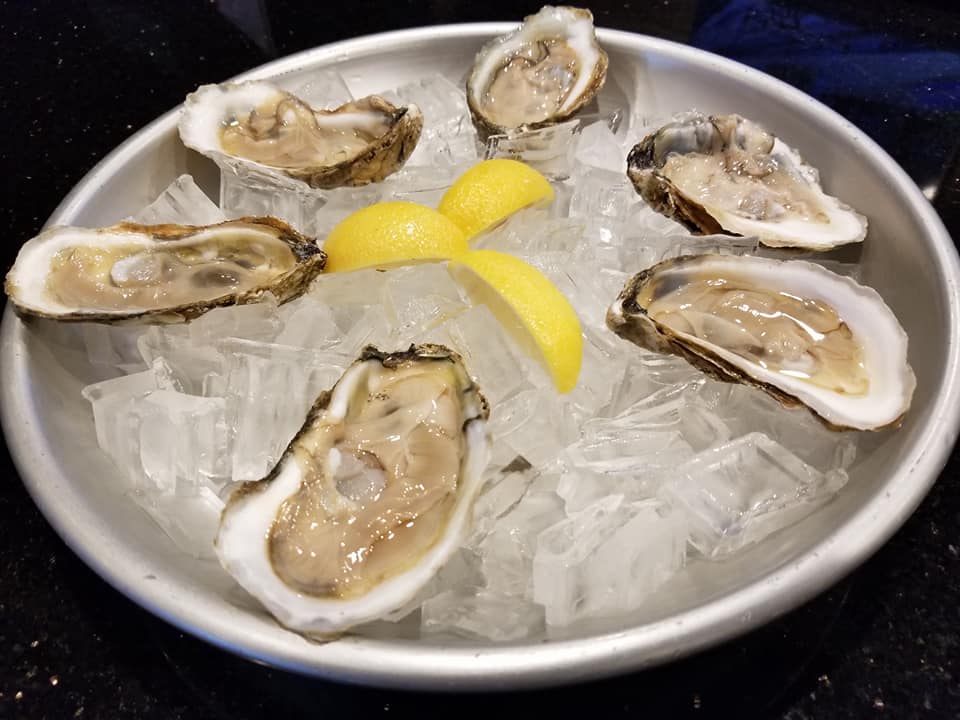 “So, there are so many great places to eat in Denver, and Boulder, it’s hard to choose. But one really stands out to me: Flaming Joe’s Seafood and Sports Bar in Aurora at the corner of Tower and Hampden. True story. My wife and I went out to celebrate our anniversary (hey, I was trying to be romantic!). Since we went to New Orleans for our honeymoon, I wanted somewhere that offered Cajun/Creole food and flavors but still has that easy-going feel. I’m not exaggerating when I say it was phenomenal. SERIOUSLY. We started with the chargrilled oysters and combination gumbo – both dishes took us right back to the French Quarter. The ambiance is that of a rotating storefront in a strip mall in Aurora, but the food and service were spectacular. Just goes to show how you can find hidden gems in a city almost anywhere.” – Dan Kane, Del Frisco’s Grille 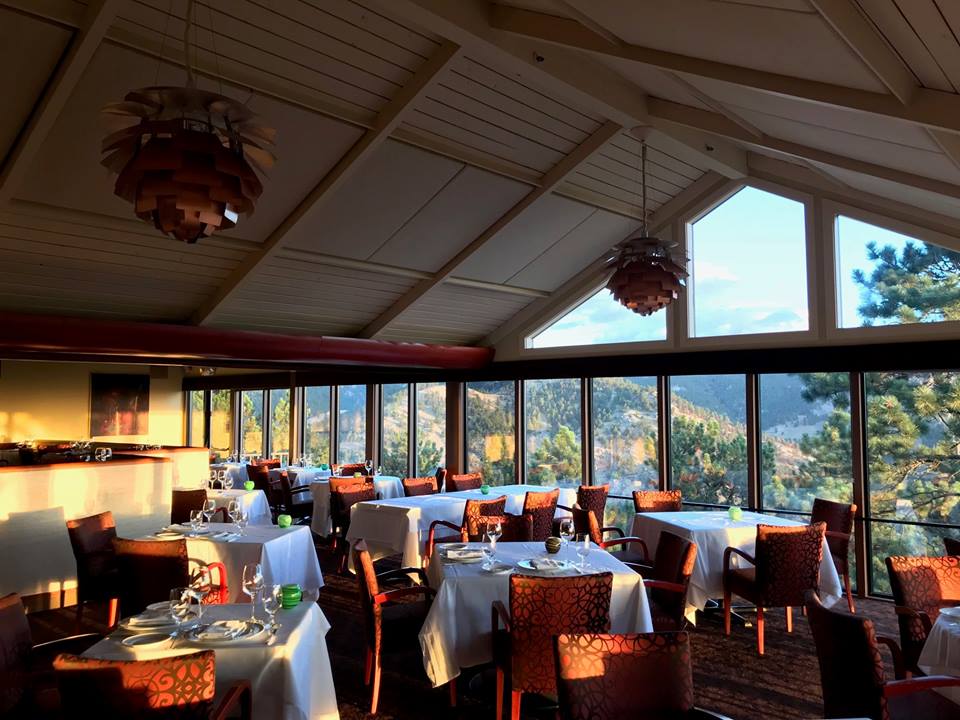 “The best meal my partner and I had in 2017 has to be Flagstaff House restaurant in Boulder. The menu focuses on game meat and seafood with lots of highlights to local ingredients. The wine program is impressive, all of our pairings were perfect, the 2013 Domaine Du Vieux Telegraphe was unforgettable. Duck Liver Mousse, Venison Terrine, Duck Tenderloin & Apple Rillette was one of the best dishes that keeps us dreaming about the meal. Service staff are always on point, proper French table service, everything from table maintenance to bread and coffee service was humbling to experience.” – Thach Tran, Ace Eat Serve

“I’ve had so many great dishes in Denver and Boulder that it’s hard to pick one. But – I  have to say for me this year it was a dinner I had at Pasta Jay’s here in Boulder. Hands down. Garlic bread, a big dish of stuffed shells, a bottle of their house red wine… it was rustic, it was beautiful, it was exactly what I expected. This Italian boy from New York felt like a kid again, eating homey, family, comfort Italian food. I was transported.” – Jeb Breakell, Emmerson 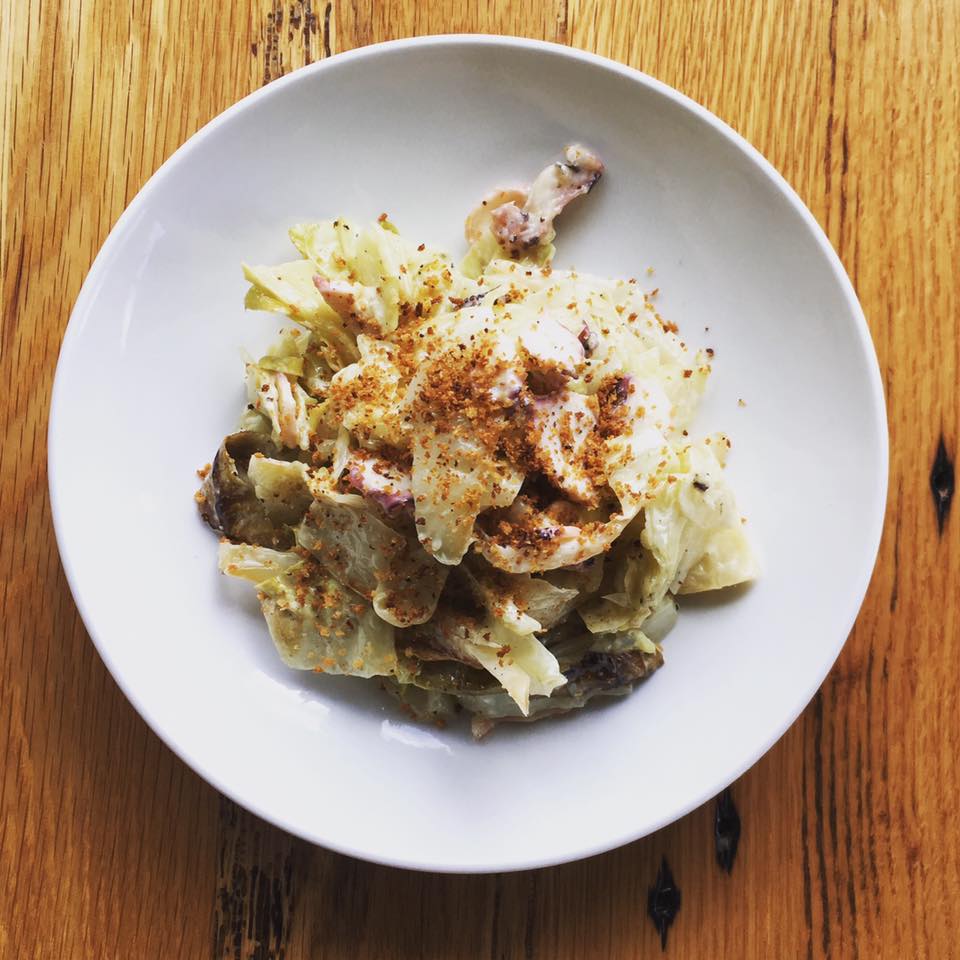 “My most memorable meal this year was from Kelly Whitaker at Basta in Boulder… A giant, lacquered short rib from the wood oven, smoky roasted veg, a taster of their ethereal lasagna, and that ice cream we ended with… Campfire Vanilla, it’s called. And that’s exactly what it was – like eating a cool, creamy, vanilla-flavored campfire. It was miraculous.” – Michael Gibney, Emmerson

Where was the best place you ate in 2017? Let us know in the comments.