Review – SunSquabi Funked Up The Fillmore

In 2016, SunSquabi successfully broke into the heavily saturated electro-funk scene of Colorado. By stealing the show from almost any band they’ve opened up for, SunSquabi has well earned their reputation as one of the most electrifying acts on the scene today. The Boulder-based trio made of guitarist, keyboardist and producer Kevin Donohue, drummer Chris Anderson and bassist Josh Fairman headlined their biggest show to-date on November 11, 2017, at The Fillmore Auditorium. This highly anticipated event served as a milestone for the band — officially moving SunSquabi from a list of killer openers to the big leagues. The line-up included The Russ Liquid Test, Escort, Defunk and Flamingosis, who played in-between set changes to keep the party rolling. 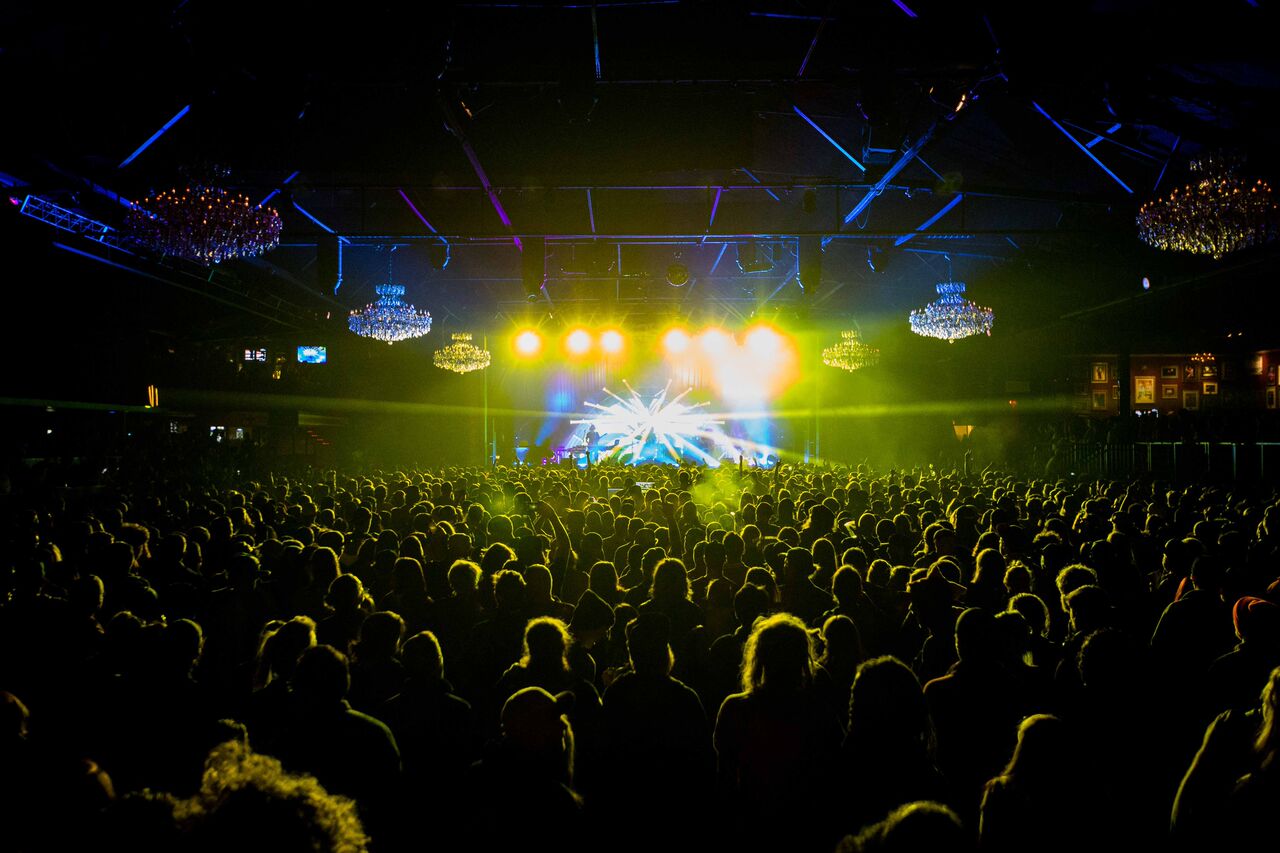 The party started with Defunk taking the stage at 7:30 p.m. Canadian-born Logan Anderson warmed up the auditorium with his funky baselines and an upbeat setlist that sizzled over the buzzing crowd. Following his energetic performance, Flamingosis played during the modest yet highly appreciated set change. Having an artist play during the stage changes is something that is not often done and can even go unnoticed to the unobservant eye, but to those buzzing with excitement, it’s an absolute treat. Having a full night of music without any interruptions is a great way to keep the energy alive and well throughout the evening. Though lacking in time, these sets are packed with high-energy tracks and condensed excitement into a memorable 20 minutes. It’s difficult to find time to refill drinks and take a bathroom break with Flamingosis filling every extra second with delicious tracks. 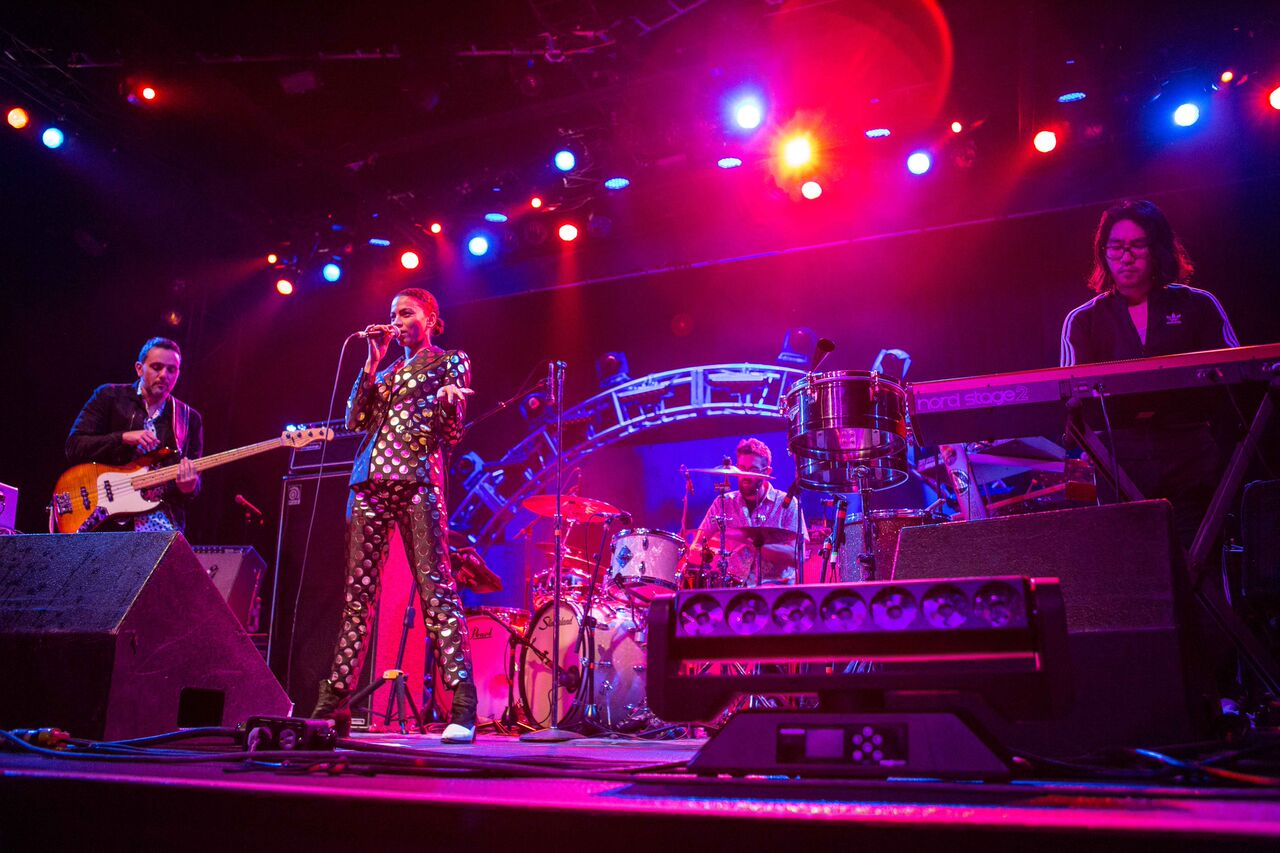 Without missing a beat, Escort hopped on stage and immediately brought us back the groovy disco scene of the ’70s, adding their modern touch to the timeless get-down. Flamingosis again followed, gradually increasing the energy of the night. With the auditorium now packed with eager listeners, The Russ Liquid Test took the spotlight. Screeching synths and fast tempo changes quickly jolted the crowd. While this New Orleans-based group certainly had morsels of inspiration, rushed tempo changes and drawn-out, high-pitched notes frequently interrupted the fluidity of the entire set. The experimental project passed the test, but not with flying colors. Flamingosis again took the stage for his last performance before the moment we were all waiting for. 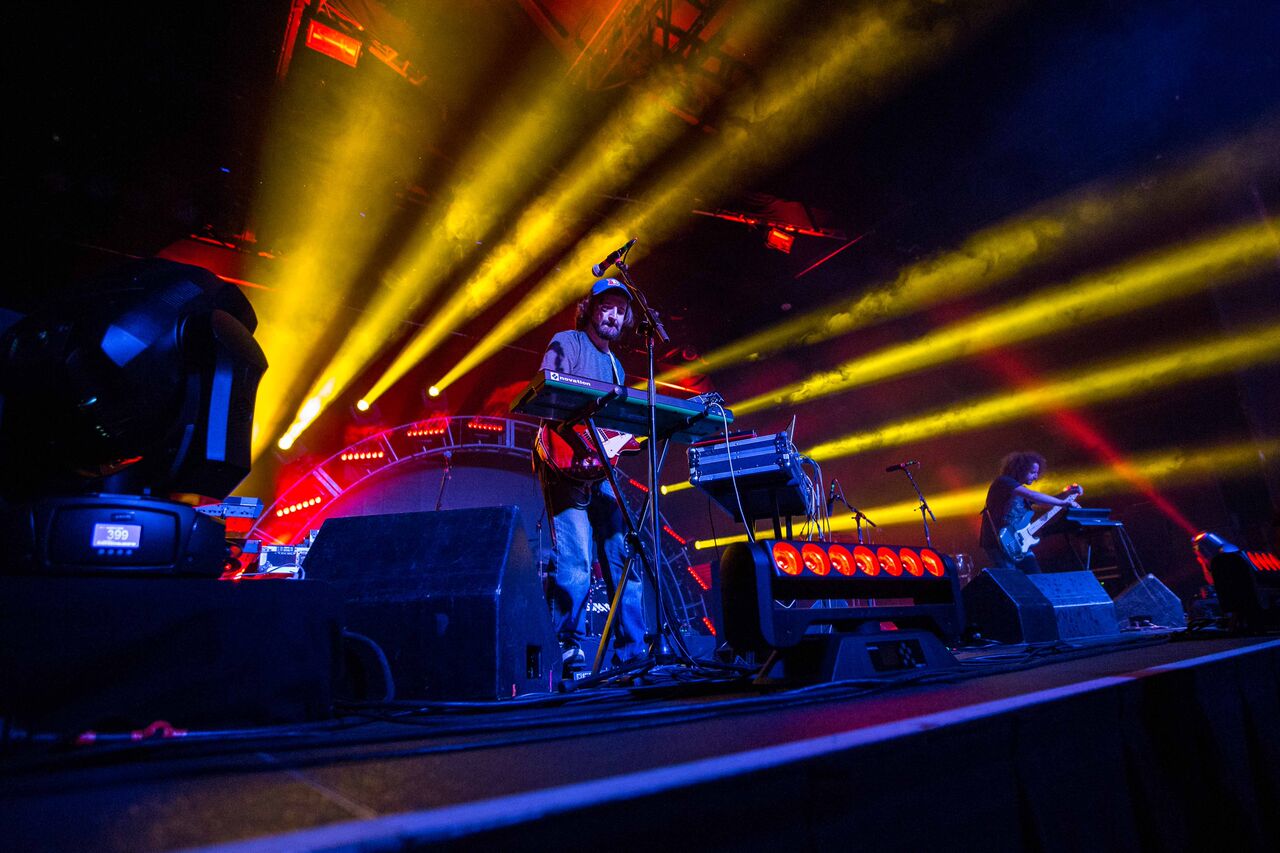 SunSquabi at The Fillmore.

Roaring cheers overtook the auditorium when Donohue, Anderson and Fairman stepped on stage. Their energy is unparalleled in the scene right now and the hype is well deserved. In exchange for the price of a ticket, the audience receives a show of raw talent and pure soul, one that can only come from a well-rehearsed and meticulously tuned group of musicians who are doing this for all the right reasons. The performance of a lifetime, one that shakes you to your core, restores your faith in humanity and makes you believe in the power of music can only come from a place of love, from the real and rawest depths of one’s being.

SunSquabi has time and time again proven their intentions and left both Colorado and the scene as a whole with an unshakable feeling that attracted us to music in the first place. The appreciation for a band that has clearly practiced their asses off gave it their all and are in it for the love is beyond words. There is something seriously special brewing in the trio. 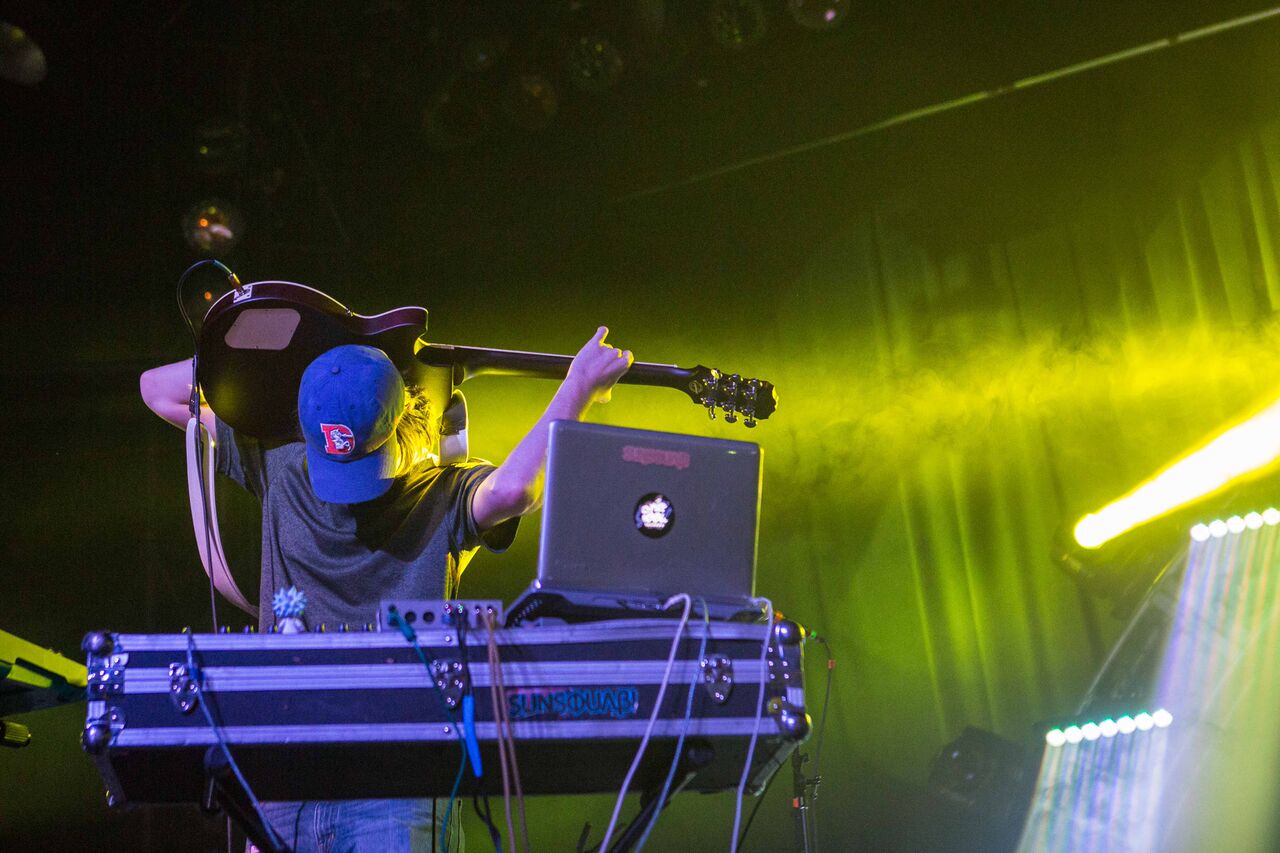 SunSquabi at The Fillmore.

Curious as to what SunSquabi giving it their all sounds like? It’s Donohue taking the stage and within the first minutes throwing the guitar behind his head during the peak and absolutely crushing it. It’s Fairman whipping his signature fro harder than the bass he’s slapping. It’s Anderson effortlessly keeping the beat without a single tap out of place. It’s SunSquabi, at each and every show, without fail. Ending the night with the perfect song choice, SunSquabi came back for an encore featuring “Keep It Real.” We couldn’t have said it better ourselves.