Review – LCD Soundsystem Brought Down The House At The 1stBank Center

LCD Soundsystem is as timeless as a group comes. Their specific brand of highbrow commentary over electro funk grooves is nearly a genre in and of itself, paving the way for dozens of copycats over the years. Their live presence is pervasive, consistently pushing their dance-floor ready jams to the brink and their audiences a step further. Simply put, LCD Soundsystem is an irreplaceable fixture amidst the current musical landscape, and a damn fun one at that. Their highly publicized departure and subsequent return to the spotlight as well as their resulting critically-acclaimed album American Dream, are testaments to a sound and style they cultivated in the ‘00s. Furthermore, as LCD Soundsystem stopped by the 1stBank Center Saturday night, it was business as usual — casually tearing down the house and leaving the fans to rejoice in the rubble. 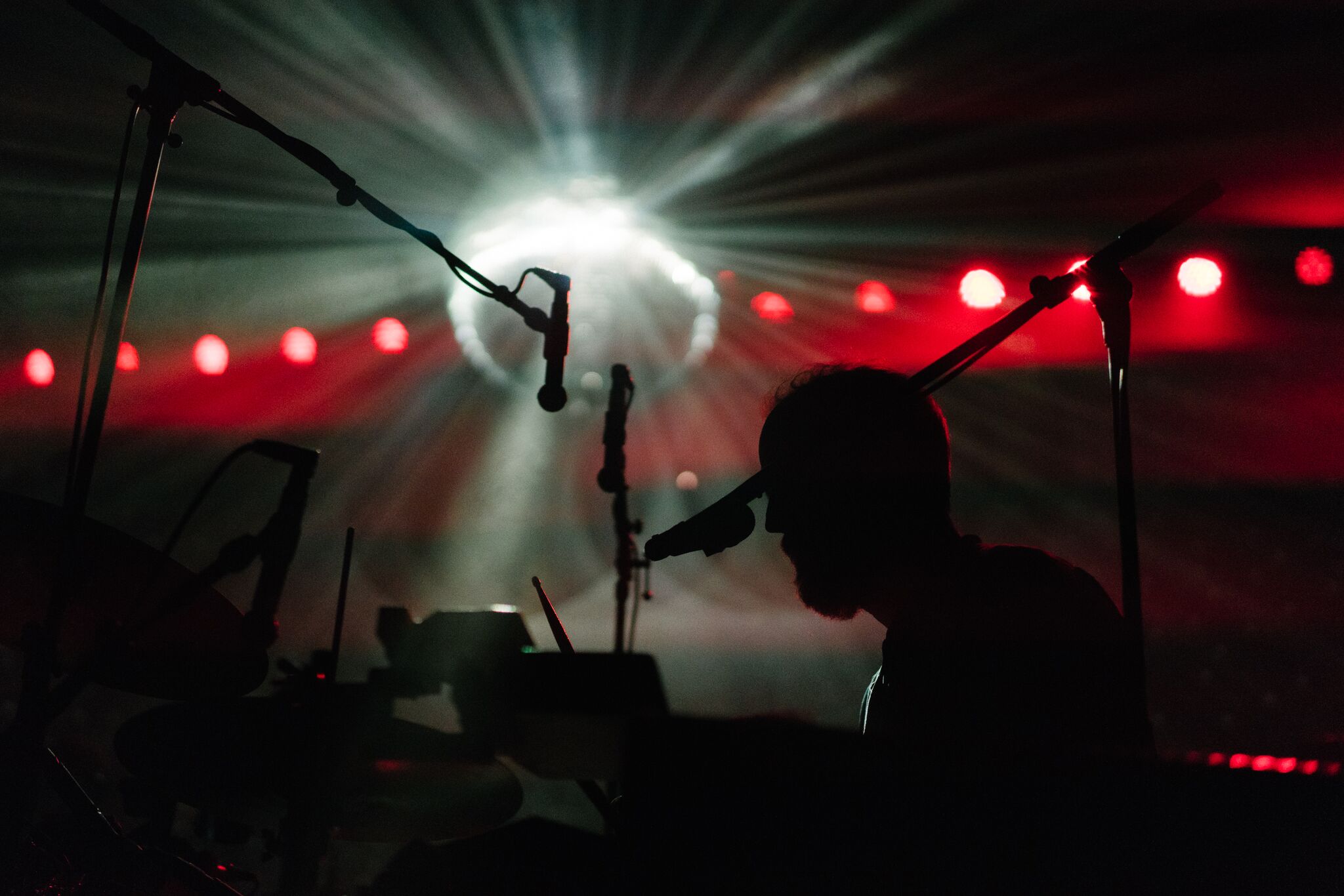 Swarms of people gathered before the doors opened to be front and center to the show. When doors opened, bedazzled jackets and lit up capes poured into the arena as a colorful ode to the band’s disco inclinations. Nestled in a corner of the stage, Traxx, the opening DJ, spun house and disco records, welcoming the hoards to loosen up before the main event. While his beats successfully got the crowd moving, no one was as into it as much as Traxx was himself. Between head banging and ripping his switches like a Band-Aid from broken skin, Traxx was dead set on bringing the party whether we partied with him or not. Fortunately, being the lively host that he was, he eventually convinced an arena full of people to vibe with him. 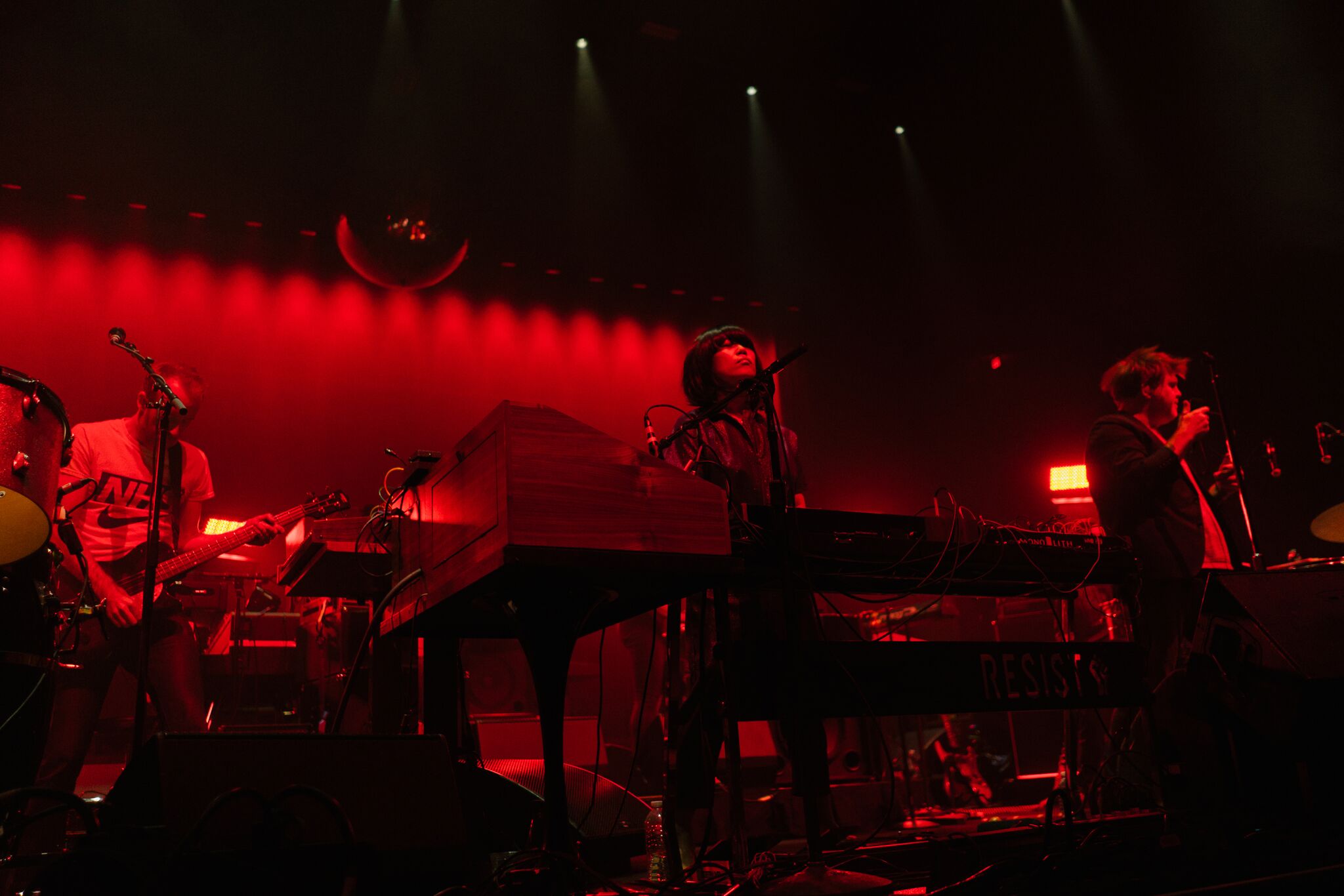 LCD Soundsystem seamlessly transitioned from Traxx as they hit the stage unceremoniously and promptly launched into “oh baby.” The popular cut from their latest album served to ease the audience into the barrage awaiting them. Following with “Daft Punk Is Playing at My House,” all bets were off and the entire arena became a swath of gyrating bodies, screaming the lyrics and crashing into others as the propulsive beats took hold. In the bowl, People clogged the aisles and took advantage of the few empty seats, spreading themselves out and filling the empty space with their exuberant dance moves. Down on the floor, the crowd resembled a violent wave propelled by the force of the funk. In fact, much of the set was an exercise in futility for those who thought themselves too cool to dance, as they eventually gave in to the thick grooves LCD Soundsystem was throwing down. 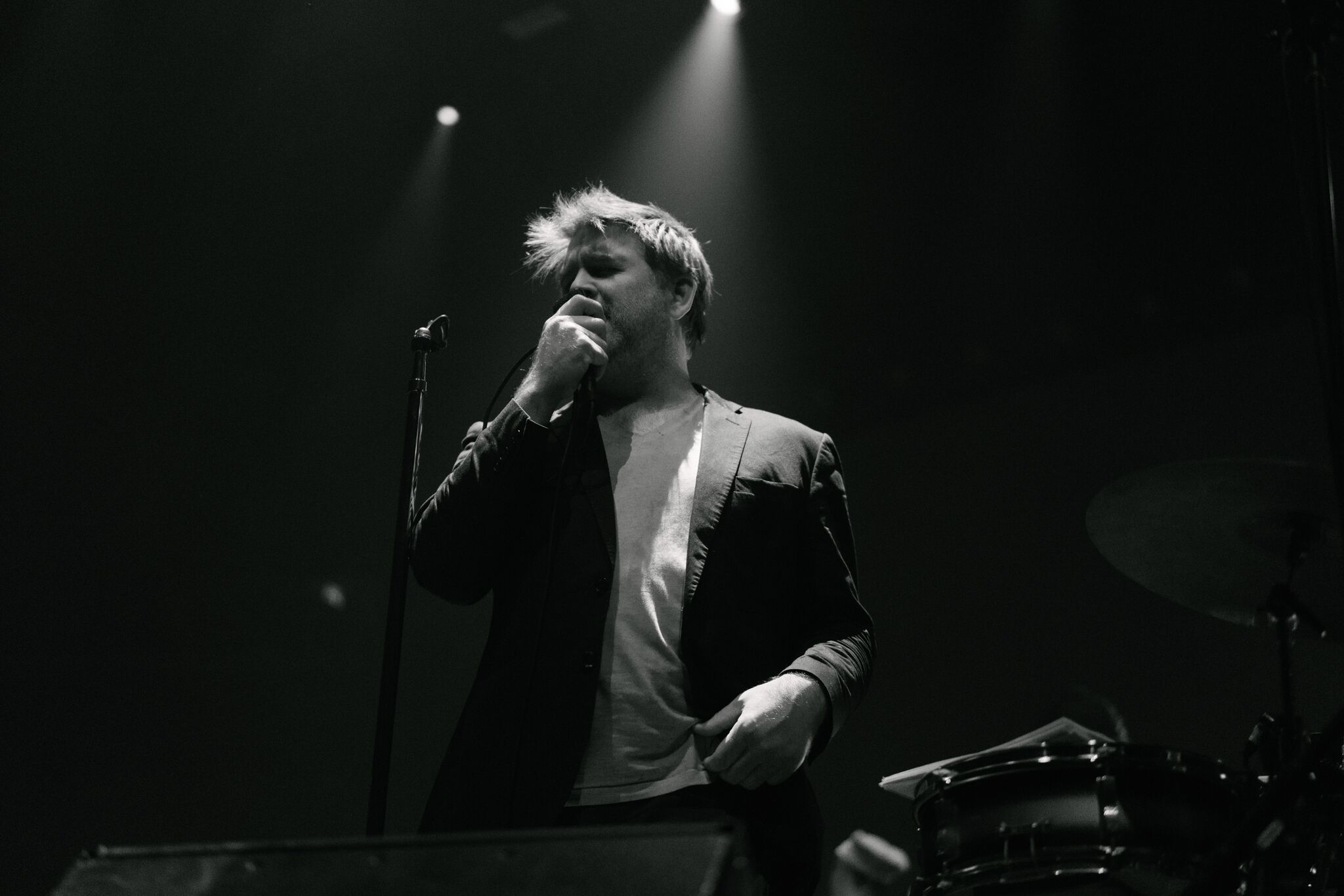 James Murphy, lead singer and requisite band leader of sorts, was a tour de force capturing the audience’s attention and leading the charge. The band, in turn, was downright electrifying segueing from song to song with little if any interruption. The songs fell into place as if Murphy was the house DJ of the night spinning a best hits collection. Seamlessly moving from “You Wanted a Hit” to “Tribulations,” the stage melted away into a blur of strobe lights and furious guitar licks only to dissipate as the irate bass line of the latter shook the room. Later, the ever-funky “Home” melted into a rousing cover of Chic’s “I Want Your Love,” with Nancy Whang taking over vocal duties as a massive disco ball looming overhead transported us back to 1978. 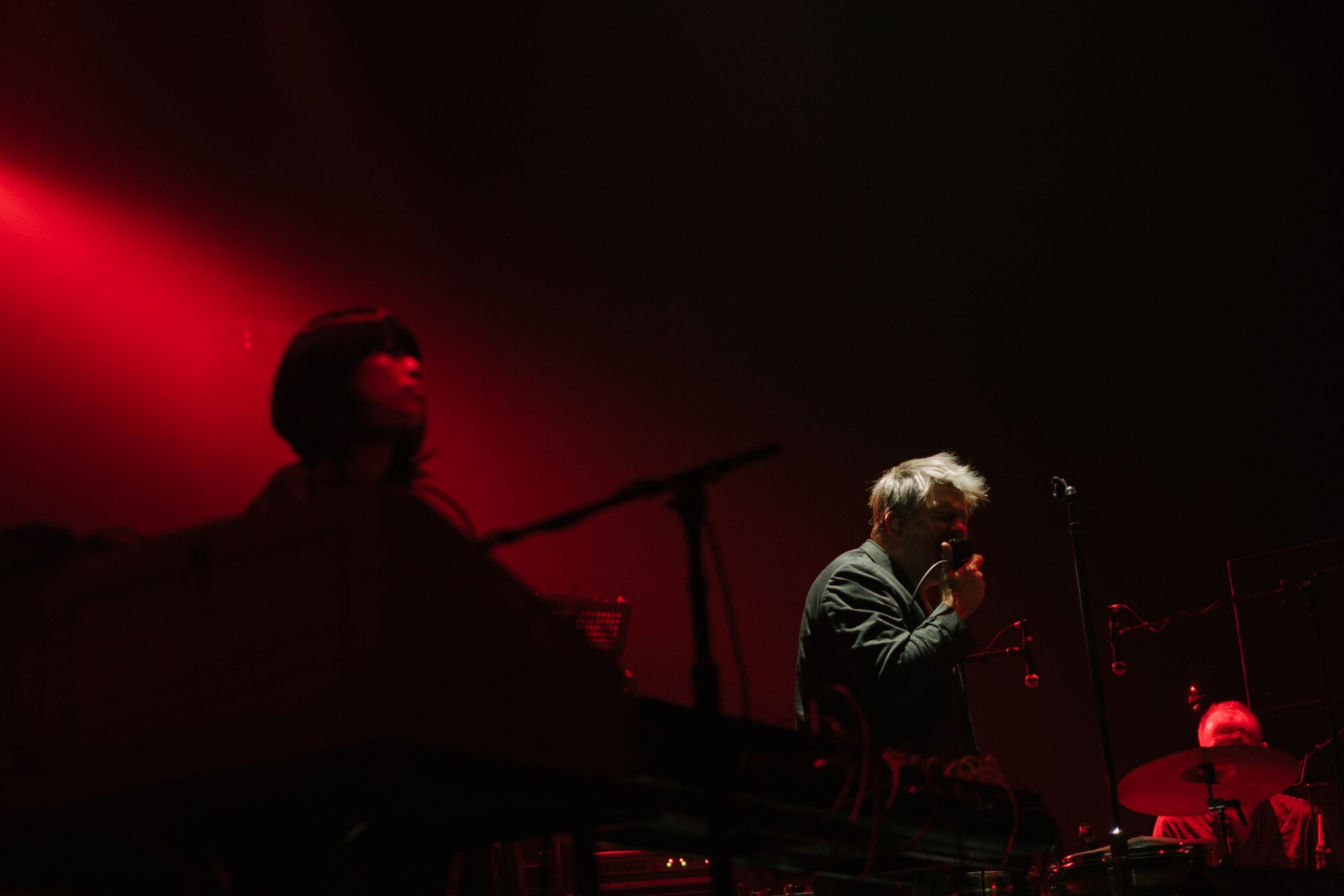 Closing the performance with “All My Friends,” easily one of the bands most poignant and emotional songs, the audience had one last opportunity to lose themselves. Over the pounding piano chords and driving drums the audience fell back into waves of thrashing limbs, but this time with the urgency of grasping at the moment slipping away. LCD Soundsystem is just that good. To the point, when our bodies and the floorboards were worn out, and the only recourse to being all but obliterated was luckily being able to say, “we were there.”