It is no secret that the latest release from Jay-Z has been one of deep emotional ties, and 4:44 has been worshipped as devoutly as any of his past releases. The God of rap took Denver to church on Sunday night, with Jay-Z spitting his gospel at the Pepsi Center. As one of the most successful musicians of all time, Jazzy reminded the Mile High City by bumping hits old and new and leaving no song left behind. Vic Mensa, who has been building a huge name for himself over the last few years, opened up the night, setting the tone for the evening with power raps and melodic sing-a-longs. 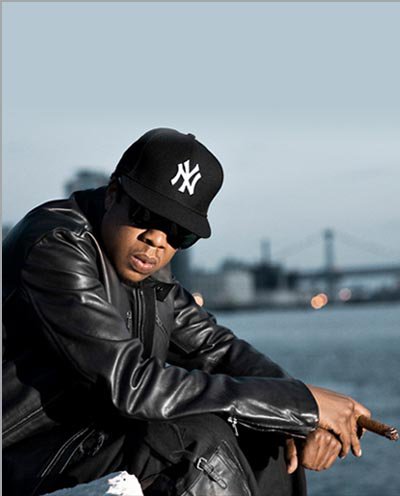 Between the Chicago rapper and the main act of the night, a crew of nearly 20 people came out into the deep red lighting to deconstruct Mensa’s stage and configure where Hova would be performing. Four large panels hung down each corner of the arena around the circular platform, which would later be found to be screens for better viewing the main attraction.

About a quarter after nine, smoke began creeping up through the ground, indicating the big reveal of Jay-Z. As the iconic performer got going, the stage lifted him up until he was rapping back and forth on a large pyramid. Between new songs and old, the setlist had something for everyone, and nearly everyone in the huge room was jumping up and down, both hands in the air. The crowd chanted “Hova, Hova,” to which he showed appreciation.

“I wrote a song about some hard stuff.. and I’ll play it because I owe you that,” said Jay before playing “4:44” visibly ashamed.

After the emotional track, the feelings kept coming. The screens lowered until the rapper could no longer be seen as videos of daughter Blue Ivy, wife Beyoncé and friend Kanye West played on screen. When the king of New York returned, he brought the heat of the night with him to perform his biggest hits, such as “Jigga My Nigga (Easy Jam),” “IZZO (H.O.V.A)” and 2003’s “Dirt Off Your Shoulder.” The crowd lost their minds for the age-old tracks, the tracks that brought the artist on stage to his point of no return as one of the best rappers to ever live.

Beyoncé’s husband repeatedly asked the Denver crowd, “you want to get higher?” as the paneled screens that once hid the stage lifted up over his head and his platform once again split up into a pyramid. “99 Problems” burst out with its lyrics displayed on the screens to encourage everyone to rap along. As Hov walked the circumference of the sage, he pointed out to specific audience members, gifting them with an ounce of attention that was sure to make their entire evening, if not their entire lives.

After “Big Pimpin'” Jigga disappeared again, demanding that his fans pay tribute to the backing band while he ducked below the surface for yet another wardrobe change. Upon his return, the rest of the evening lacked very little, and the crowd stayed up with the performer, celebrating his status as one of the first “classic” rappers.