Your Red Rocks Ticket Will Be Digital Starting Spring 2018

Update 11/17/17 at 1:30 p.m. — Denver Arts and Venues has confirmed that tickets will still be available for no fee at the Coliseum Box Office on Saturday’s from 11 a.m. to 3 p.m. They will be digital tickets delivered to the ticket-buyers flash account.

This morning, Denver Arts and Venues announced that Red Rocks Amphitheatre will implement “new ticketing and seating procedures” for the 2018 season. Those changes include moving to a digital ticketing format using Flash Seats for all ticket sales. This change will begin with the first four rows (including handicap seats) for shows occurring after February 1, 2018. Then in the spring, it will expand to the whole venue. According to Brian Kitts, Director of Marketing and Communications for Denver Arts and Venues, they are starting with these seats because they “are most likely to be fraudulently purchased and then resold on the secondary ticket market.”

Kitts explained that people who purchase tickets in the first row “must be used by the purchaser, who will be seated only with identification. Concert attendees arriving separately from the original purchaser will not be allowed entry into the venue.” This only applies to the first row, however, the other three rows will not require ID but will also not be transferable. Overall, this is the start of Denver Arts and Venues transitioning to a mostly digital system. Starting May 15, Red Rocks tickets will only be available digitally through Flash Seats or the Red Rocks App unless hard tickets are requested for an added fee. The new Red Rocks App will be available before the change on April 1, 2018, where digital tickets can also be accessed (also through Flash Seats).

After May 15, attendees will need a registered Flash Seats ID or Red Rocks Mobile App for entry at the venue gates. 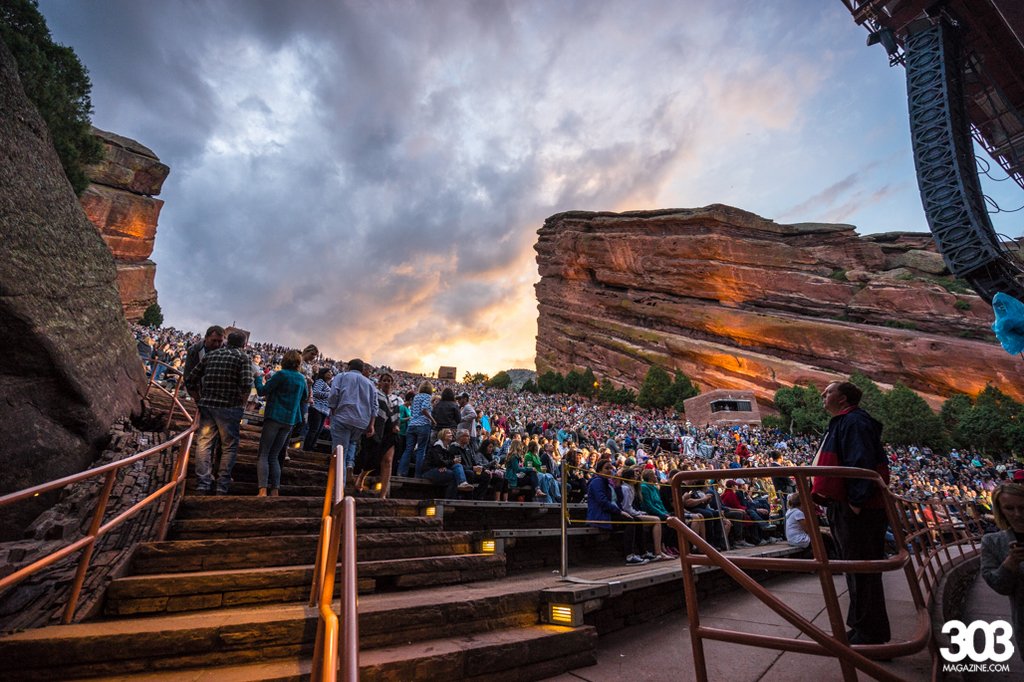 Kitts further explained they’ve encountered problems with fans buying tickets fraudulently in the handicap seating area — a handicap advocacy group even sued Red Rocks in 2016. It appears as if Red Rocks is working towards solving this problem.

“[It] allows those row one seats to actually end up in the hands of people who need those, and then those other seats in rows one through four — those are the premium seats that you know real fans should have access to.”

Red Rocks isn’t the first to implement this system. Flash Seats-only tickets are used at the Pepsi Center.

Kitts explained that any type of digital ticketing system cuts down on paper tickets being Xeroxed and then sold on Craigslist. “This works exactly like an airline where you show up with your credit card or your driver’s license and you know you’re verified right there on the spot,” he said. All other seats, outside of these first four rows, will still be transferable through the app.

“Ticketing has changed, audiences have changed and I think that 80 percent of our audience probably does absolutely everything on their phone anyway,” Kitts said. “I don’t think there’s going to be that much backlash. If there is somebody that needs help with this, if it’s an older audience, there will be staff on site that’s able to help.”

Visit RedRocksOnline.com or its Facebook page for more information.