It’s no coincidence that down-to-earth DJ’s are the ones that send concert-goers vibes sky-high. For Nick Miller, aka Illenium, his humble demeanor and melodic bass lines quickly led him to rise in the realm of the electronic dance music community. Each of his songs hit deep in the feels as this relatively new DJ creates emotional experiences that tug and pull on your heart-strings — and if you were one of the 6,500 people who attended his sold-out show on Friday night you can vouch that it’s all too true. Starting the “Awake Tour” and featuring the sounds of Toy Box, Dabin, Vanic and Said the Sky, the 1st Bank Center was packed from the very moment you stepped through the doors. That being said, there was no question as to why — these boys came to rep the music that touches us all, and everyone knew it. At the end of the show, Illenium dropped a hint at playing Red Rocks Amphitheatre this summer 2018. 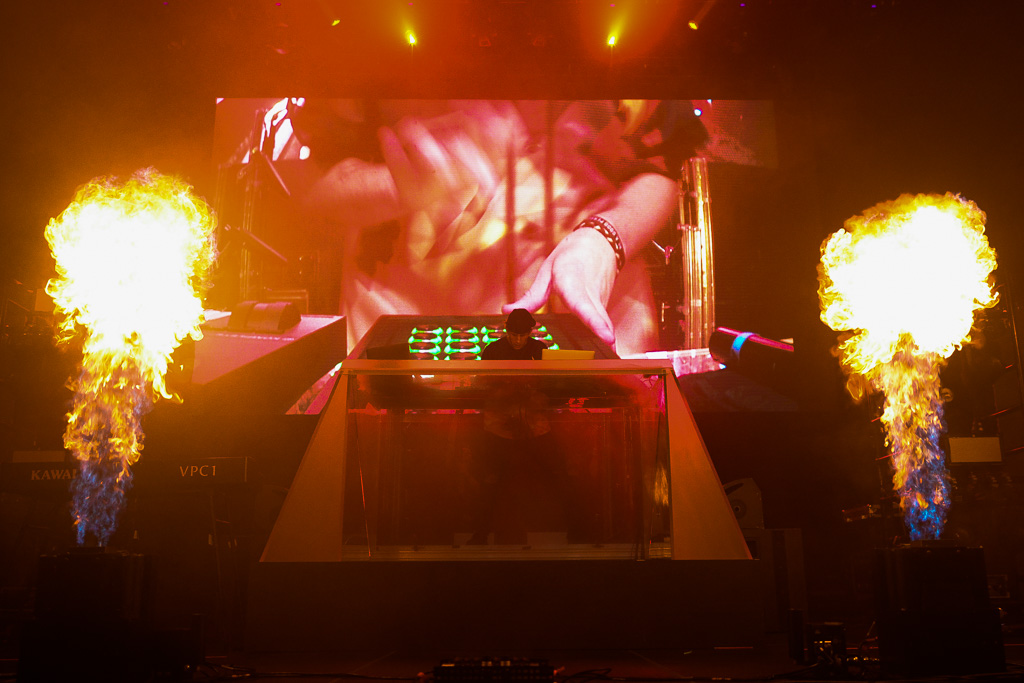 Illenium. Photo by Will Sheehan.

Following the sets of both Toy Box and Dabin, Said the Sky submersed the audience in smooth waves of chill subs and recesses of electronic tones. Taking the stage clearly exuding confidence, he flooded the EDM lovers in attendance with soft and slow intros that plunged into spells of mesmerizing sounds, truly taking his audience on a melodic roller coaster. Not only did Said the Sky play his own melodic tunes, like “Show and Tell” and “Rich Boy,” but he mixed other electronic artists such as San Holo and Vance Joy. Said the Sky’s live set continued to draw the audience onto the floor as the emotion that engrains his music was indisputable and appreciated by all new to his artistry. As the time reached 9 p.m. Said the Sky said his goodbyes and Vanic was the next act to take the stage. 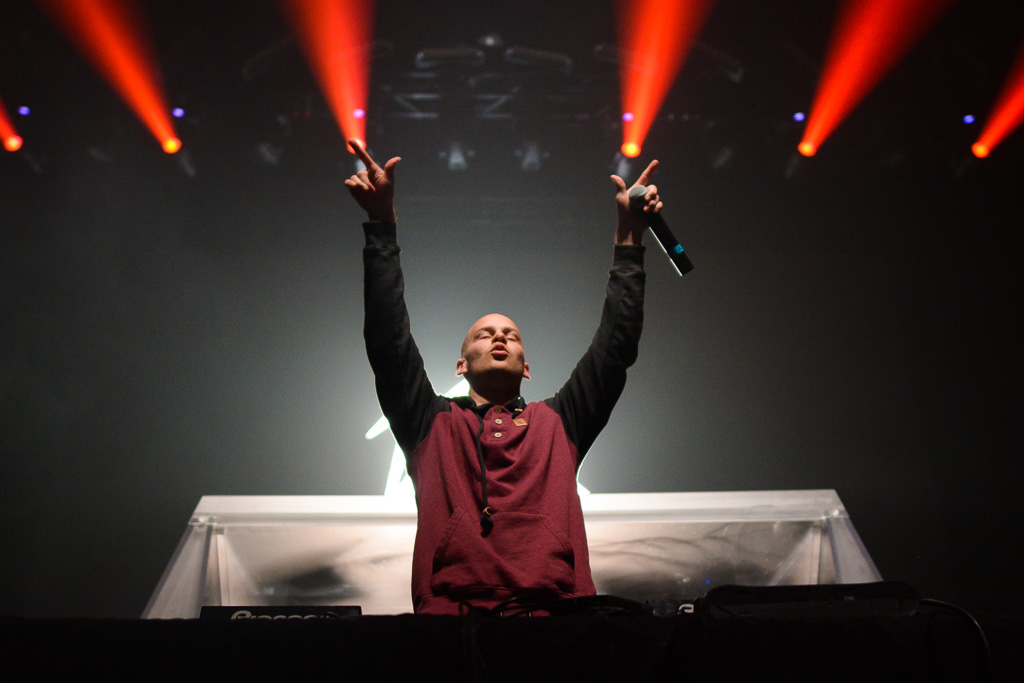 Vanic. Photo by Will Sheehan.

Most recently named ‘The Breakout Electronic Artist Everyone Needs to Know About’ by Forbes, Vancouver based DJ Vanic changed the entire mood of the 1st Bank Center. Picking up the tempo and dropping heavy bass lines, 28-year-old Jesse Hughes raised the crowd to their feet. Dropping iconic songs such as “Kids” by MGMT, “FML” by K.Flay and “Lose Yourself” by Eminem, everyone was hyped and ready to get down. Although Vanic’s visual production wasn’t extraordinary, he blew us away with his melding of melodic dubstep, house and trap. After seeing him first hand we can agree with Forbes — he most definitely an artist to keep your eye on. 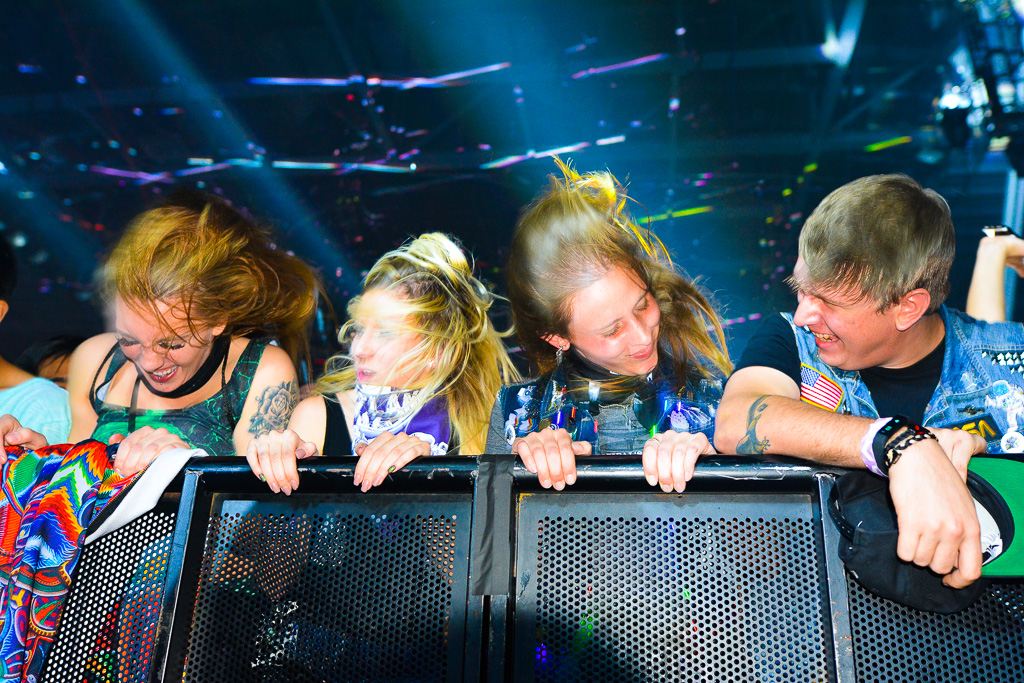 Once it was Illenium’s turn on stage, the crowd exploded into a frenzy of cheers. This show was the first stop of Miller’s Awake Tour — and with it being completely sold out, it was just another way of declaring 2018 to be rightfully his. Opening up his set with “Crawl out of Love”— a track from his most recent album Awake — thousands of people belted their hearts out in unison and hundreds of eyes were quickly filled with tears. Although Illenium’s most recent album was full of easy-going chill tracks, don’t be fooled, a live Nick Miller set is always filled with surprises — surprises that include those complex bass-laced drops that all music lovers live for. That said, near the end of Illenium’s set, Miller had a big surprise — he brought out Dominic Lalli of Big Gigantic to join him in playing “Dont Let me Down”— an Illenium remixed track that received 10 million plays in the first month alone. An amazing laser show hovered above the audience, enhancing the sounds of the performance as partiers raged below. 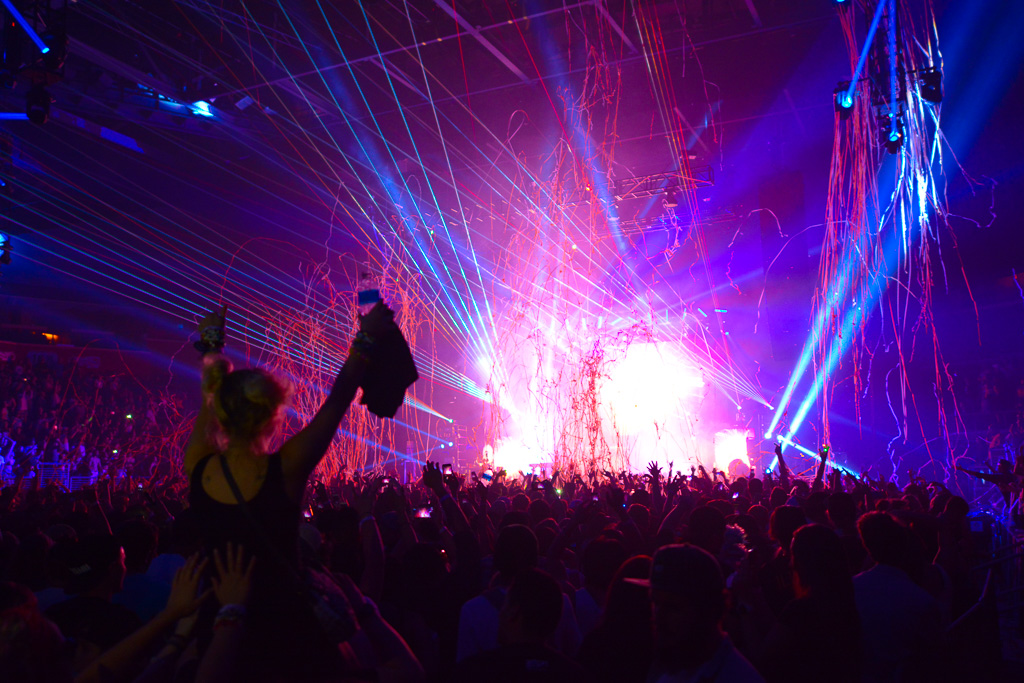 For any producer, DJ or musician, a sold-out show is the end result of hard work, sweat and dedication paying off. Miller has come a long way in a short period of time and he only continues to grow as an artist. Just two years ago he played at the Fox Theater in Boulder — a venue with a capacity of only 500 people. This year? He sold out a venue with over 6,000 seats. So what’s next? At the end of his performance, Miller made a very special announcement — “Red Rocks, Summer 2018,” Miller announced. For all you Illenials out there — you better start preparing for something massive. 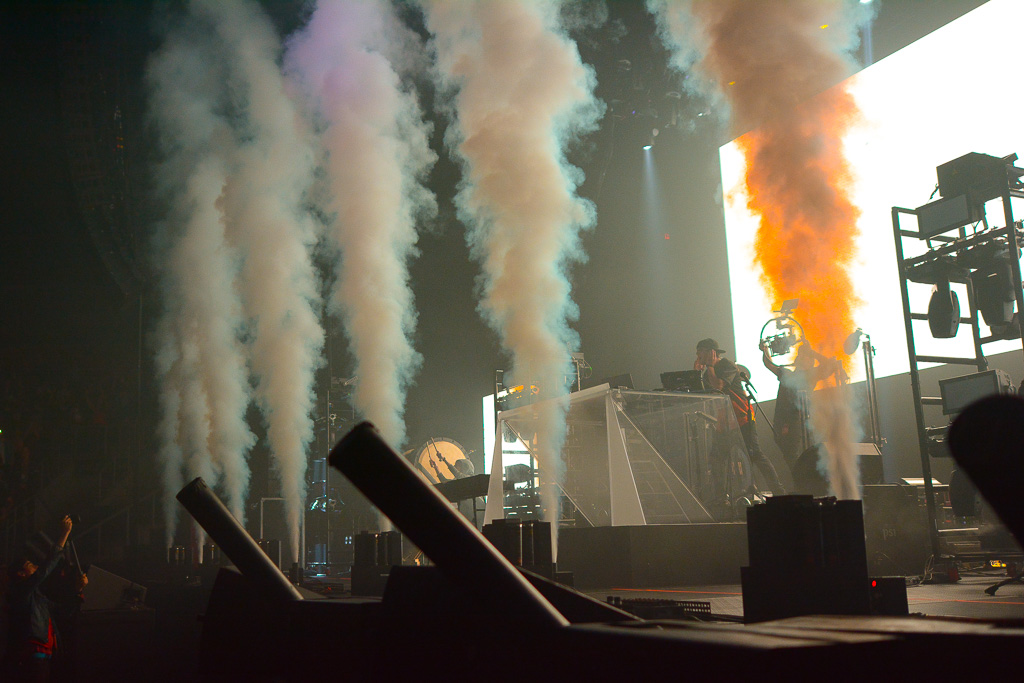