Last night, Vance Joy with special guests Amy Shark and Chappell Roan came to Denver to perform at a packed Gothic Theatre. The 19-year-old Chappell Roan started the show with strong vocals similar to that of Adele. She played her entire five-song EP, which got a tremendous response from the crowd. Next, Amy Shark brought some edge to the stage with her rock band, personal stories and songs about dating. Right before 10 p.m., headliner Vance Joy (real name James Keogh) stormed the stage in a fit of eager joy. He grinned as he played several new songs from his unreleased album, as well as the songs that got him famous like “Riptide” and “Georgia.” Vance Joy sat down with 303 Magazine before his set at The Gothic to discuss being single and dating on tour, growing up Catholic and his new song “Lay It On Me.” 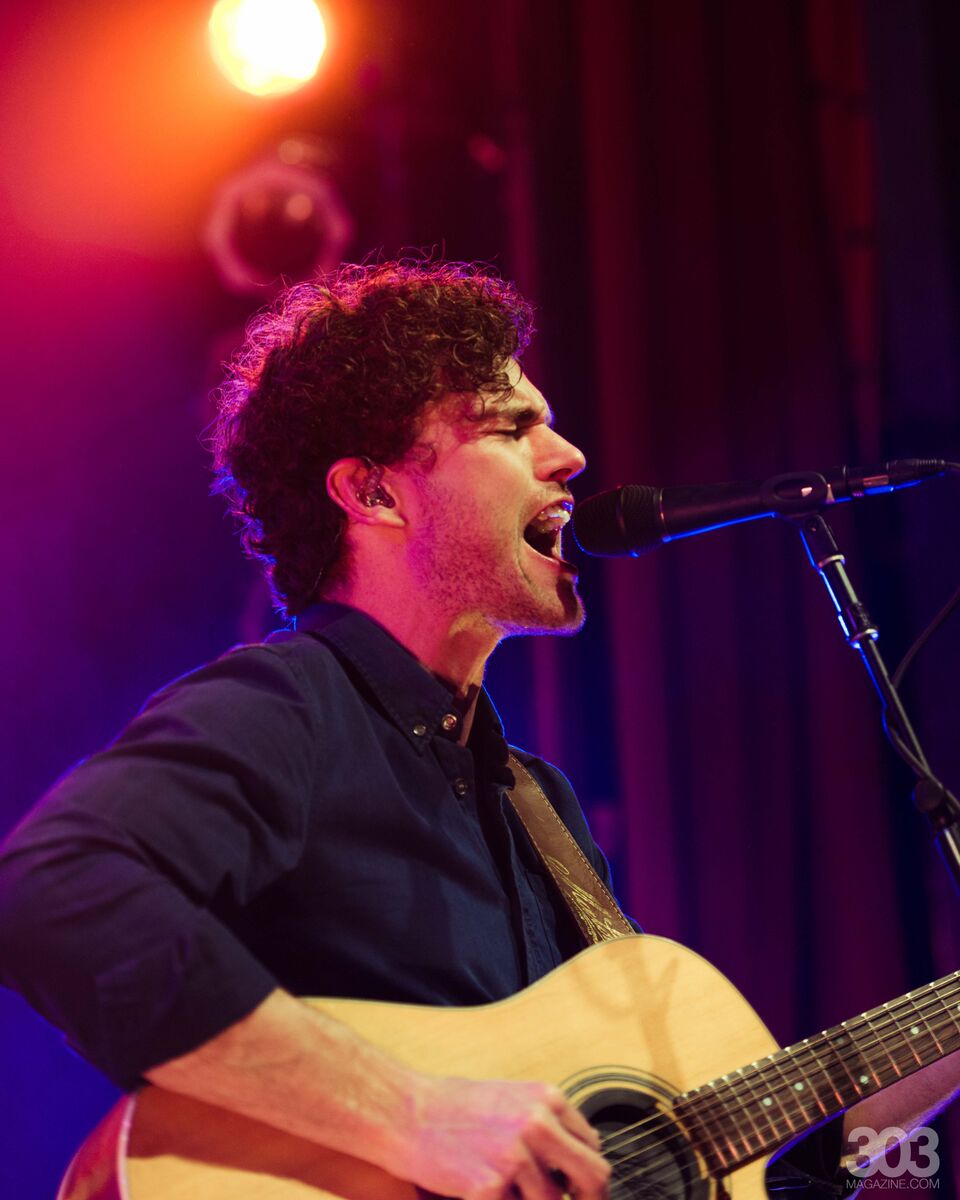 303 Magazine: Has it been interesting dating while coming into fame?

Vance Joy: It’s a bit different. I am single at the moment. I think it’s nice when if you hang out with someone who works in the music industry — it might be quicker for them to see you as not just an artist or some type of romantic ideal or idealistic thing. They kind of just get to know you as a person, so it might be easier to get to that level, but I think you can get to that level with anyone.

I think I’m a pretty down-to-Earth person so you can cut through pretty quickly, but it’s probably a little obstacle in terms of having genuine interactions immediately. You might have a bit of a head-start in people liking you immediately because you have music, but it’s good because people often show you the best side of themselves because they might like your music. I just think that in terms of meeting people you really connect with, it’s something you can’t really manufacture or make happen, it just happens when it’s supposed to happen or it takes you by surprise. There’s no rhyme or reason sometimes to why you might connect with someone, and I think that when there’s a real connection, everything goes out the window in terms of who you were and what you might do or all that stuff. It really just comes down to do we biologically like each other, do we connect intellectually, do you think that when I say a joke it’s funny — it just works no matter what.

VJ: There are definitely opportunities to meet people for a very small amount of time but it also depends. I don’t really like the idea that if someone is there to see your show and is a complete fan, it’s a bit of an abusive power. You hear stories about back in the day when rock bands would get girls from the front row — that’s not the vibe for us. I also don’t know how real that is now in terms of the modern day and treating people with respect. You don’t want to take advantage of people. It’s not my vibe.

VJ: Someone that we both have a similar sense of humor like you just laugh at the same things. It’s nice when you think something’s funny and it’s confirmed by the other person. So similar humor, and having conversations that are actually funny and interesting and smart. I think humor and being clever are important qualities, as well you have to be physically attracted to each other, the way they smell and look.

303: The title of your first song is “God Loves You When You’re Dancing” — are you religious at all?

VJ: With that title, it was more about just feeling like we’re our true selves when we’re dancing or doing something creative or doing something artistic, our natural state is to dance and be full of joy and to be happy. That was the message behind that, as opposed to having any religious connotations. I think it was more like if there is a divine creator or whatever it is, the universe, you can say God or the universe or spirituality, you’re at your peak when you’re dancing, happy and full of joy. It just sounded nice as well, as long as making sense intellectually, it has a nice ring to it — often I choose things as well because they sound good to say. 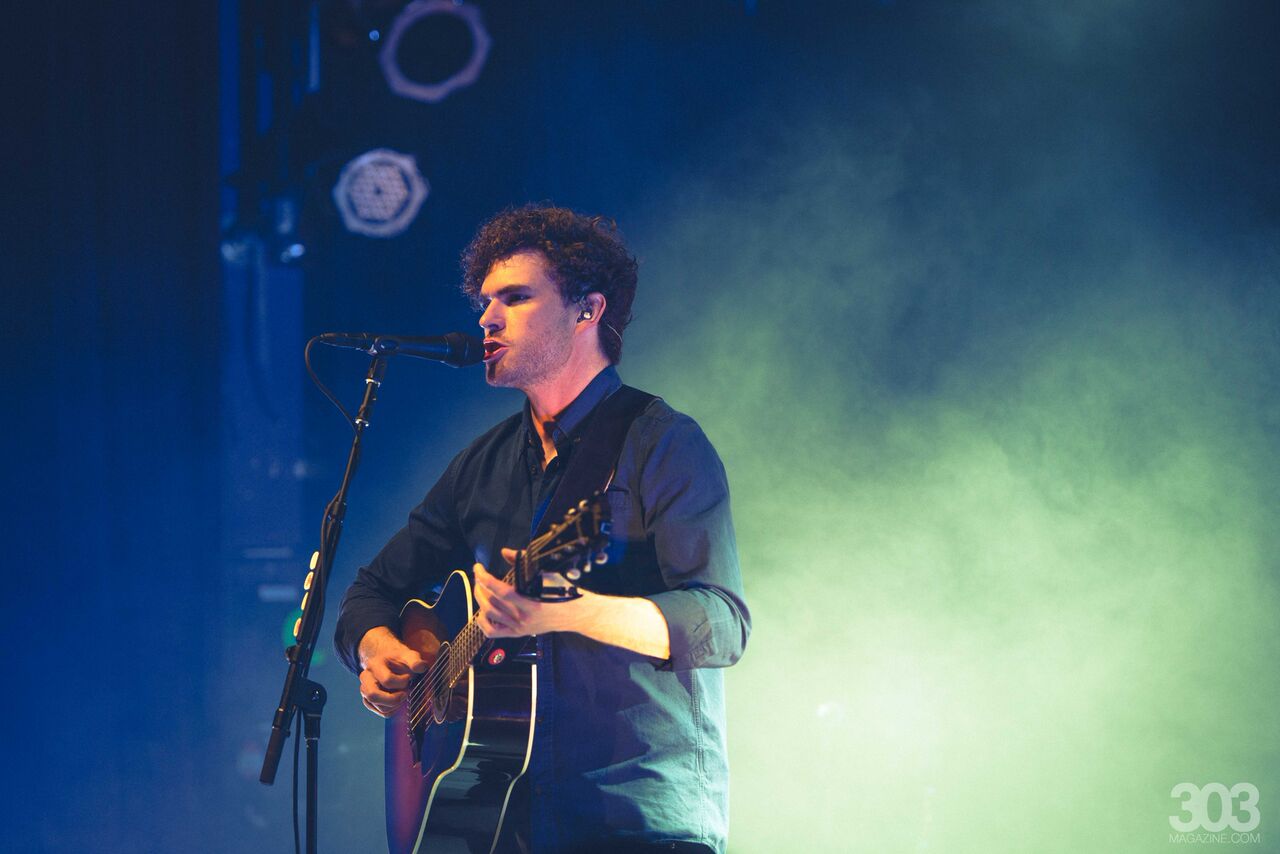 VJ: I grew up Catholic. I went to [a] Catholic high school and primary school, and I had a great education. I went to an all-boys kind of strict school, but not to the point where you weren’t encouraged to explore different things — like music and sports. The religious side of school was there, but it was mainly studying, learning, reading good books, learning to interrogate ideas and, you know, making friends and having laughs together.

303: What’s your life goal or reason for living every day?

VJ: I can have small goals or a big goal. You could almost break it up like my whole big purpose could be like I just want to make great music and have great relationships with people and contribute to the world with music, maybe do something with charity, do something that contributes positively to the world. But also I think my goals can be small — sometimes I love morning coffee and eating a croissant. I was reading a Kurt Vonnegut book and he was talking about how you can go outside and look at Colorado — how the sky is big and blue — and you’re like, ‘well, that’s reason enough to get up in the morning — to look at the sky or to look at those mountains.’ It doesn’t take me much to be interested in feeling like this [life] is worthwhile. 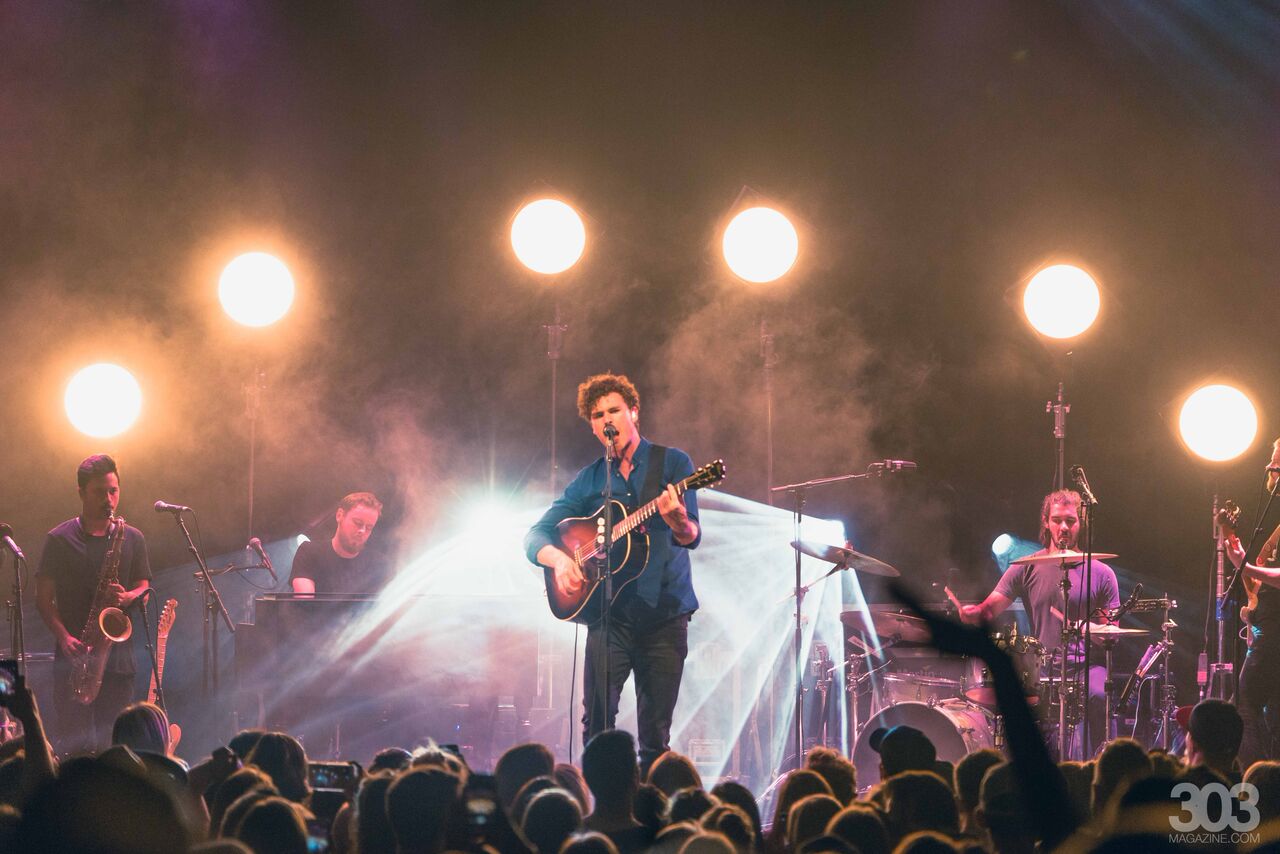 303: What’s with your blue fingernail?

VJ: It’s for a cause called Polished Man. It started because there’s this surprising and horrifying statistic that one in five children die from abuse. So basically you polish your fingernail for October and people can donate to your little page on the website and you raise money and then they give the money to a bunch of different charities that help children who have suffered from some form of abuse. I’ve actually gotten used to it. I like wearing nail polish. It’s nice.

VJ: I wrote it with a guy called Dave Bassett, but we both contributed important parts to the song. I started with the guitar riff, he sang a melody for the verse and I had some other ideas lying around, some lyrics in my phone, and he contributed some really great lines as well. So it was kind of just a really wonderful day — a few hours of collaborating and really connecting. The song is about being in a relationship, letting your defenses down and just being vulnerable — and being a bit unsure about what the other person is thinking and saying. Despite all that I’m ready and I’m volunteering myself. It’s an upbeat song and I love playing it.