Droves of folks donning boots and leather jackets filed into Summit Music Hall to catch the rock show about to happen on Thursday night. Gathering before the glow of the neon sign hanging from the stage, reading ‘The Bloody Beetroots,’ the crowd levitated in unhinged anticipation. As the crew finished setting up the stage, people placed themselves strategically to get a piece of the mosh pits that were sure to breakout. All it takes is one listen to The Bloody Beetroots to know that pandemonium was the name of the game. The goal of the night, however, was to play the game or risk being played.

The band, sporting their signature eyeless ski masks, strode on stage to address the ravenous fans awaiting them. Taking but one swift glance at the audience, The Bloody Beetroots ruthlessly drilled into their mobilizing “My Name Is Thunder.” In a blinding array of strobe lights, frontman Sir Bob Cornelius Rifo leaped around the stage from monitor to monitor, shrieking and howling lyrics, “I’m a white light that’s burning right across your sky!” Hearing the menacing riffs and the driving drums, the floor felt like it fell out, and the resulting mosh pit was our attempt to climb out. But the hits kept coming knocking us back in every time.

Finding a happy medium between brash punk rock and gritty EDM production, The Bloody Beetroots self-assuredly flexed their muscle in causing nothing short of chaos. No more than 20 minutes into the show, during the aptly titled “The Source (Chaos & Confusion),” Summit Hall became a crater of flailing limbs and tossed bodies rendering phones and friends misplaced in the scuffle. By no means was the physicality ill-natured, rather, it felt like a natural reaction toward the propulsive beats. Whatever primal instinct lied dormant in those who’d come out for the show, it surely became untethered during the band’s onslaught. Electronic breakdowns gave way to guitar solos and sentimental piano riffing became euphoric drops, feeling like a journey toward Valhalla on the joyride of a performance.

Perhaps making the affair even more over the top, the sheer performance ability seemed to punctuate the mania. Whether it was Rifo’s running guitar solo during the live remix of Captain Phoenix’s “Pistols & Hearts,” or the exhilarating drum solo courtesy of drummer Edward Grinch during “Saint Bass City Rockers,” the effect was absolutely mental. For as many guest vocalist’s that pepper their albums, Rifo made good at playing the part and replicating their unique voices, and when he couldn’t, he’d play insatiable hype man rallying the crowd as the vocals would play back. 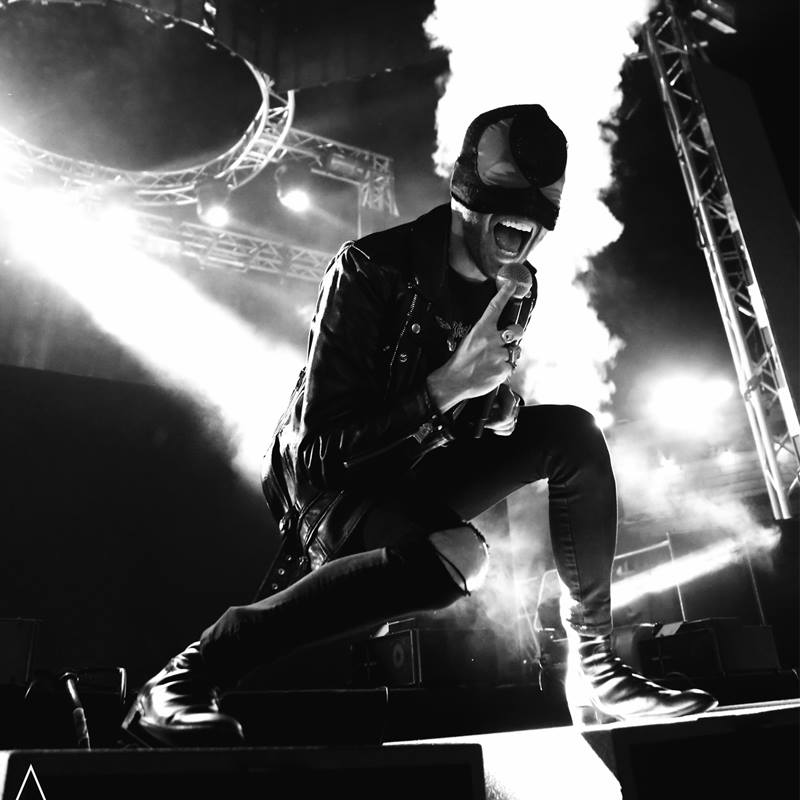 If for some reason you wound up at Summit Hall Thursday night, hoping to stand against the wall and listen to electro-rock music, you probably had a rude awakening. The Bloody Beetroots savagely treated Denver to a complete assault on nearly all our senses, and we enjoyed every minute of it. Walking away with a bruise or perhaps a broken phone felt like trophies from a title fight. But more importantly, after each pummeling beat, the audience’s fervor never subsided. With every attack, in the back of our minds, we said “game on,” ready for whatever came our way.