Review – The xx Found Love in a Disappointing Place

To suggest there was a noticeable air of disappointment surrounding The xx’s performance at the 1stBank Center Monday night would be an understatement. Between phone tickets not scanning and groaning patrons, some who were even demanding refunds, it was a daunting situation, to say the least. A couple days prior, the performance was moved to 1st Bank Center from Red Rocks Amphitheatre over weather concerns, much to the displeasure of fans who’d traveled both near and far to see the band play. The prospect of not seeing the band’s moody music play out across the monoliths for what would have been their first time at Red Rocks proved to be a jagged pill to swallow for many in the audience. However, despite the less than ideal venue, The xx made the best of the situation, offering a love letter of a performance to the fans who stuck it out. 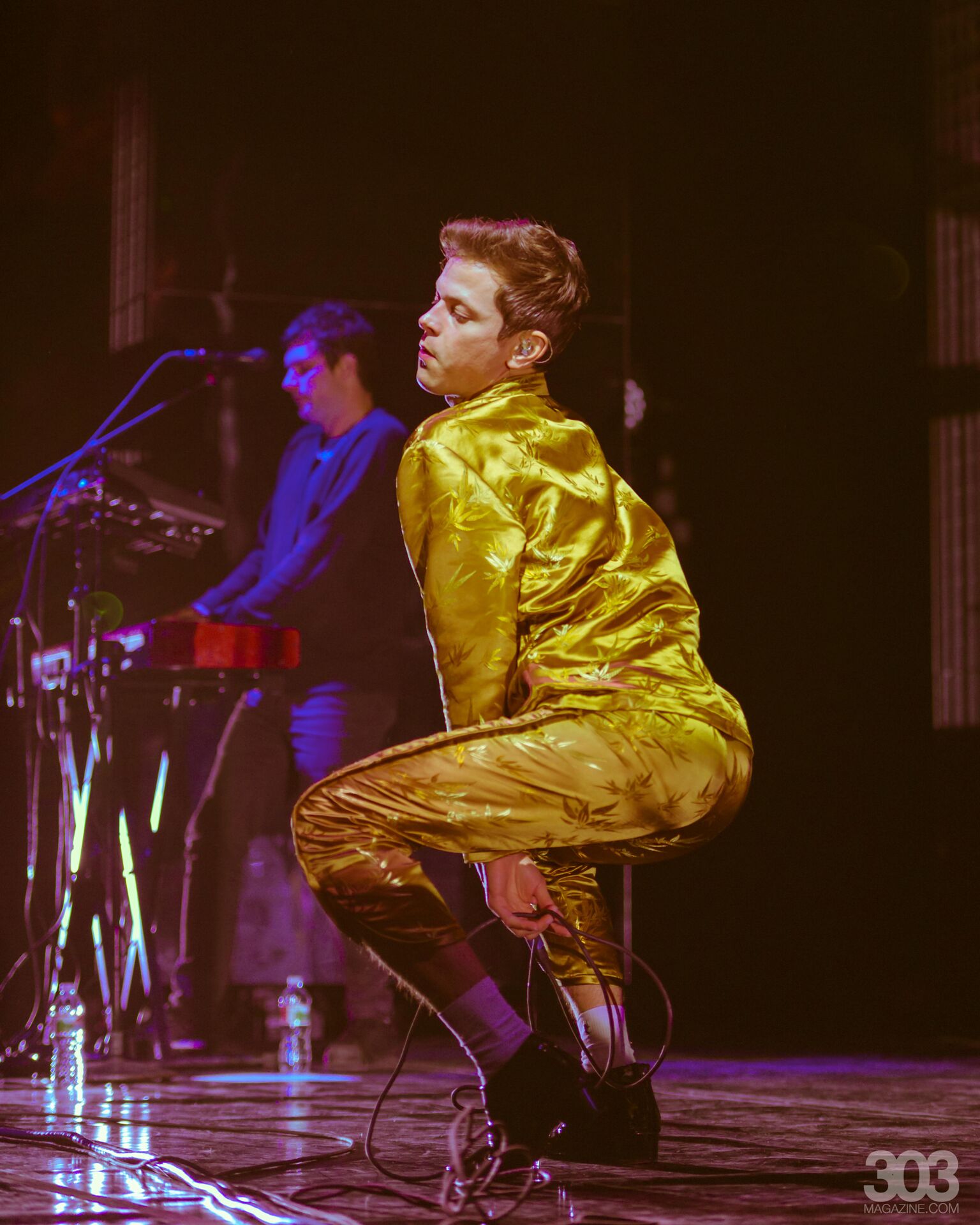 Opening the show was avant-garde rocker Perfume Genius. Strutting in a gold marijuana embroidered blazer and matching pants, he laid waste to the stage in shimmering decadence. His songs, bridging the gap between intimacy and grandiose exhibition swelled and recoiled in the arena, dictating the audience’s response accordingly. In his introductory song, “Otherside,” his whispered vocals that titillated our eardrums before eradicating them in its cacophonous chorus. Elsewhere, on songs like “Queen,” Perfume Genius became a brazen commander of his own rallying line “No family is safe, when I sashay!” Taking a page from the Freddie Mercury playbook, it was Perfume Genius’s swagger so to say, that transcended the performance into something truly mesmerizing. Although his music is a far cry from that of The xx’s, his performance set the stage in sheer entertainment for the wonder of what was yet to come. 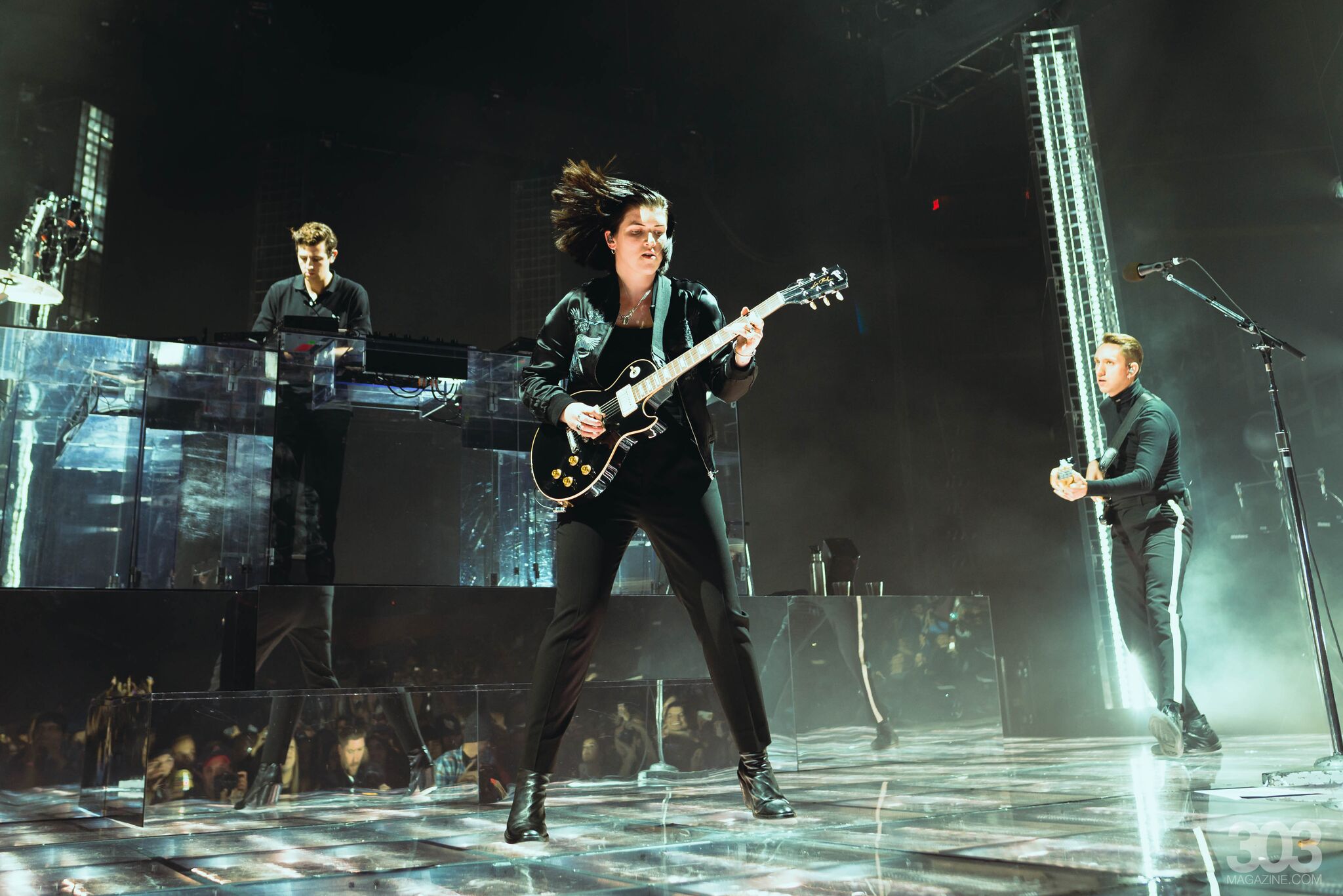 Arriving to a stage encircled with rotating mirrors, The xx were greeted with blinding lights and boundless applause, before promptly launching into “Intro.” Coinciding with the premise of the “I See You Tour,” the band could be seen at various degrees and angles as the mirrors rotated and the lights ricocheted off the glass. The xx waded through much of this year’s I See You, sprinkled with an array of songs from their previous two albums, Coexist and xx.

The beauty of the band’s vulnerability was as exposed as their figures reflected in the mirrors, with Jamie xx’s club beats perfectly melding with Oliver Sim and Romy Madley Croft’s whispers and respective bass and guitar plucking. “Say Something Loving” was greeted with boisterous recitation as couples throughout the crowd sang the song to their significant other, while “VCR” crept into our chest and pulled on our heartstrings, begging us to think of the one who got away. For as the music ebbed and flowed, the emotional state of the audience would correspond. 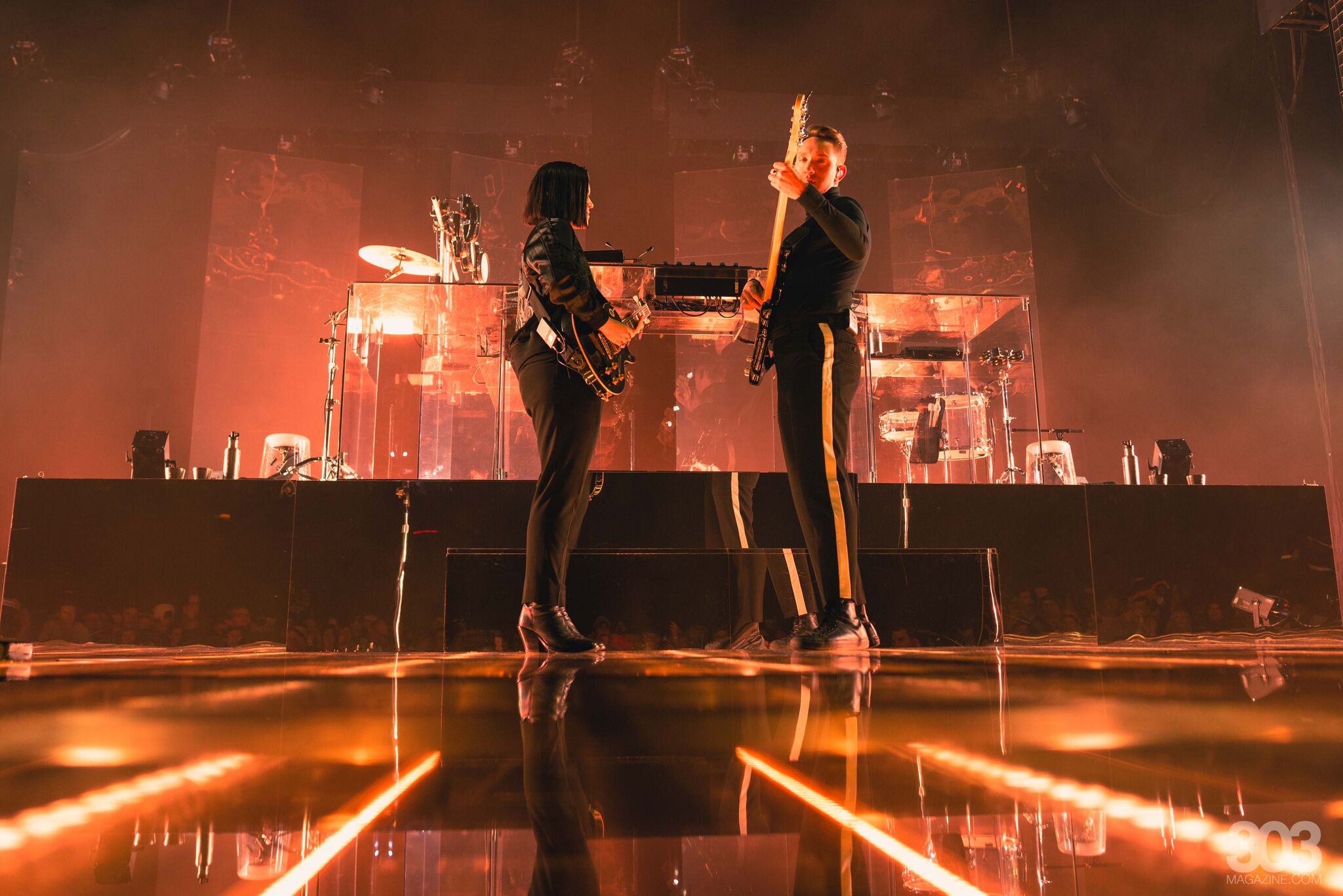 The performance reached a pinnacle of sorts following “Fiction,” whereby we were transported from the hushed tones of the bedroom into the club to shake the feelings away. Propelled by the influence of Jamie xx’s critically acclaimed solo release In Colour, “Shelter” took on a four-to-the-floor rendition that had the entire arena dancing. Further embracing the club influence, Craft and Sim joined Jamie xx for a fantastic rendition of “Loud Places” that saw the band washed out in rainbows. Watching the crowd basking in the euphoria of the song was nothing short of amazing, as the pure joy could be seen as vividly in the front as in the back of the arena.

The xx were, by and large, the most compelling version of themselves, which could have made the lack of Red Rocks even sourer. However, as the band concluded “On Hold,” and stood before the audience whose cheers consumed the arena, The xx were speechless. Rather than leaving the stage to the sound of the audience howling for their return, they stuck around and truly saw each and every single person in attendance with immense gratitude. 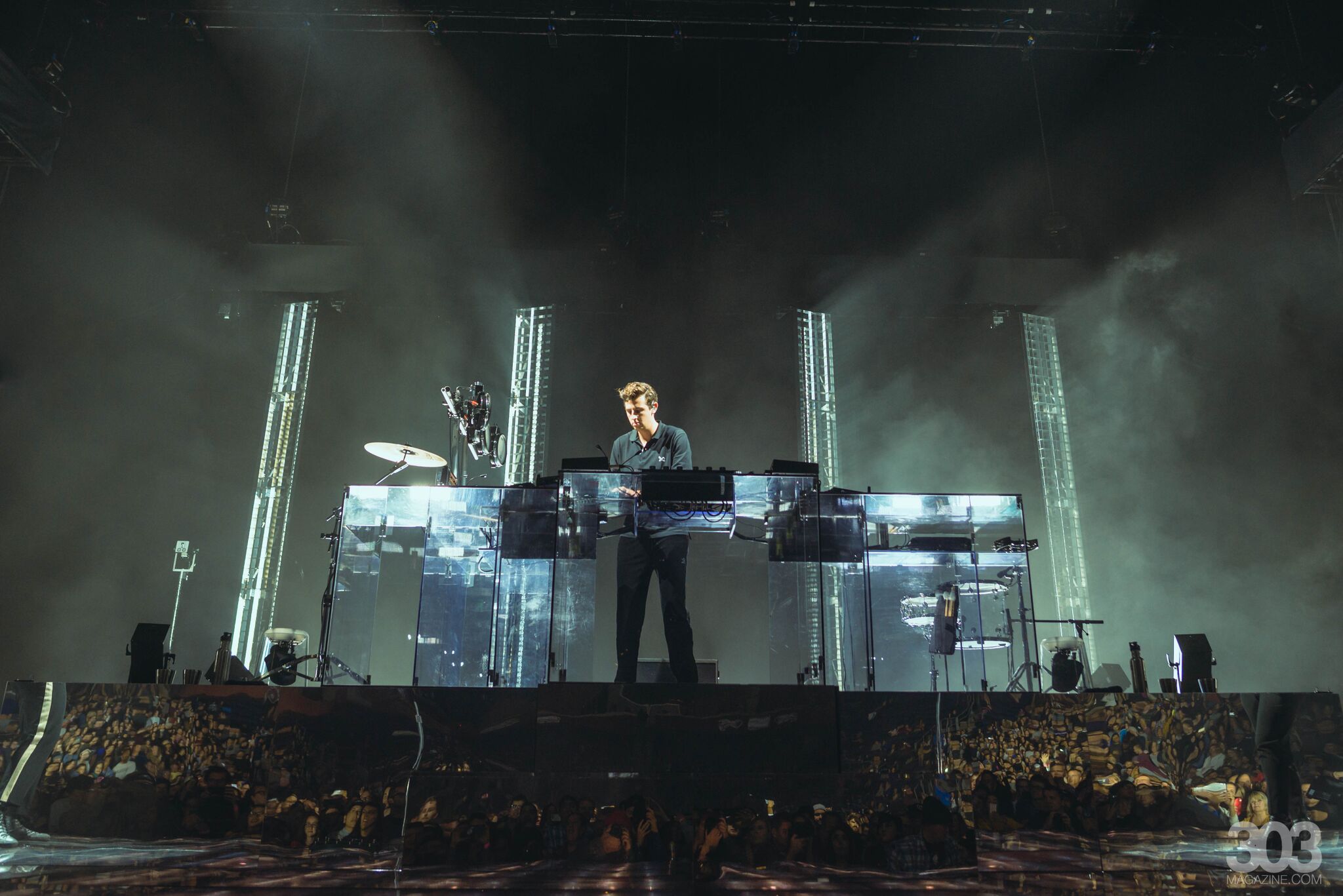 While many people chose refunds as a result of the change in venue, for those who stuck it out the performance was truly worth it. The show, while amazing, gave hope that when the time is right for Red Rocks it’ll come, and will exceed expectations like they had that very night at the 1stBank Center. In fact, when the cheers eventually subsided and The xx treated the audience to a heart-wrenchingly earnest “Angels,” it felt like a promise.