Review – GoldLink and Masego Surfed The Hype At Cervantes

There’s always palpable hype surrounding up and coming musicians, but particularly in hip-hop, hype has become a paramount fixture of the genre and either makes or breaks the artist riding its wave. Washington D.C.’s own GoldLink has damn near surfed his wave of hype since he burst onto the scene in 2014 with his dance-rap mixtape, The God Complex. With his debut album At What Cost, which came out earlier this year, GoldLink is finally carving his way into the mainstream with his signature rapid-fire wordplay. Tuesday night, Cervantes hosted GoldLink along with Masego, another up and comer, where they more than proved the hype is no exaggeration. 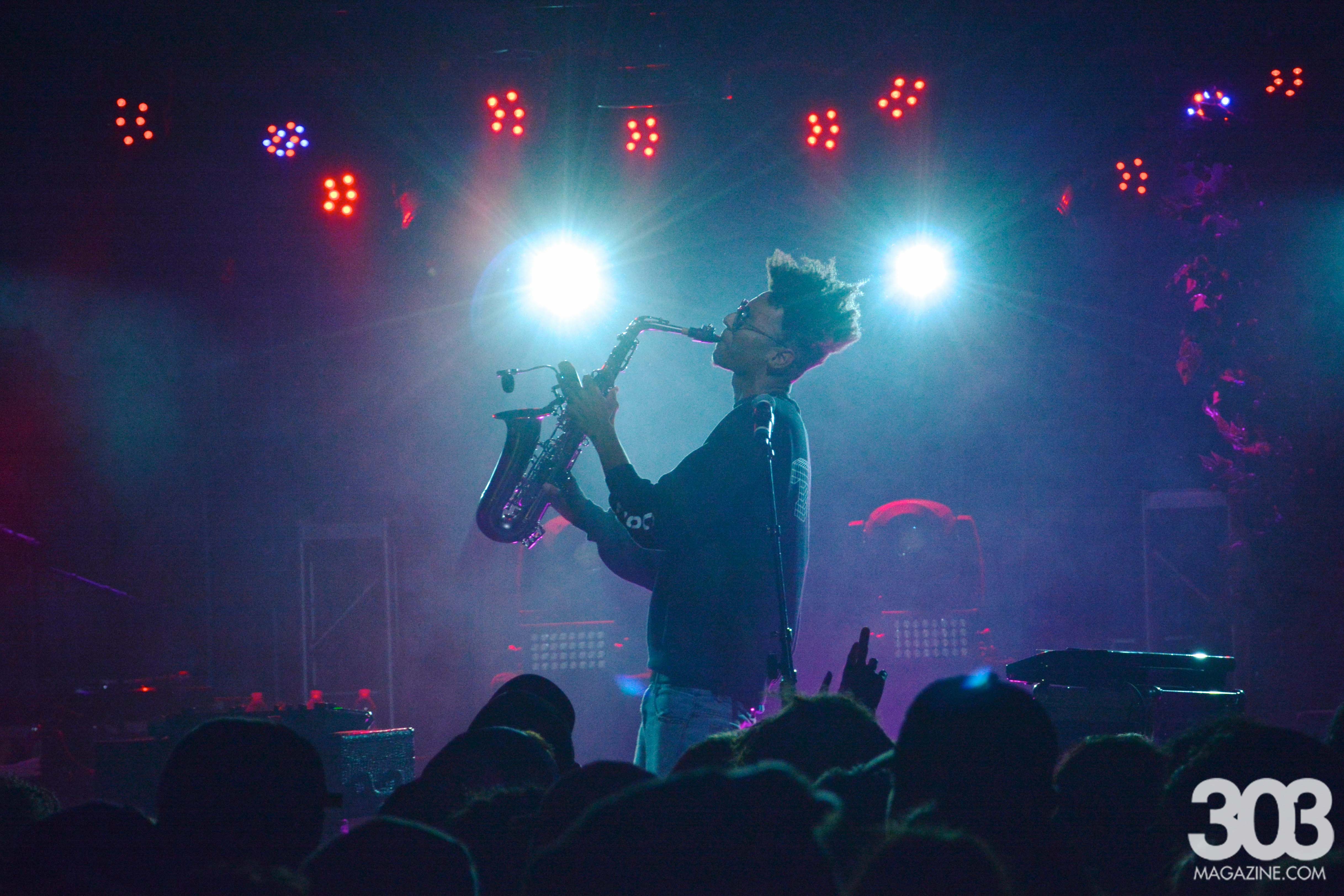 First and foremost, Masego is an all-around entertainer. Darting onstage with little to no warning, Masego immediately got the crowd jumping. His style of rap sounded like skating over jittery future-bass production, or as he’s dubbed it, “trap house jazz” was electrifying. His towering yet lanky body commanded complete attention in the way a stand-up comedian would.

Attuning himself to timing and comedic nuances as well as being receptive toward the mood of the room, Masego masterfully catered to the audience. Between roasting the “only” person with an Android with his hilariously incendiary song “Sego Hotline” — “She’s an iPhone woman/He’s an Android man/Girl come over here/Let me switch up your plan,” to playfully lambasting a man in the crowd with ashy knuckles, Masego strode a line of good fun that complimented the improvisational aspects of his music. The icing on the cake, however, was his saxophone ability. The audience couldn’t get enough of Masego ever so casually freestyling over hits by others as well as hits of his own.  The fact that he didn’t play his saxophone more came off as a tease, but in all honesty, it was such an entertaining performance, no one really minded. 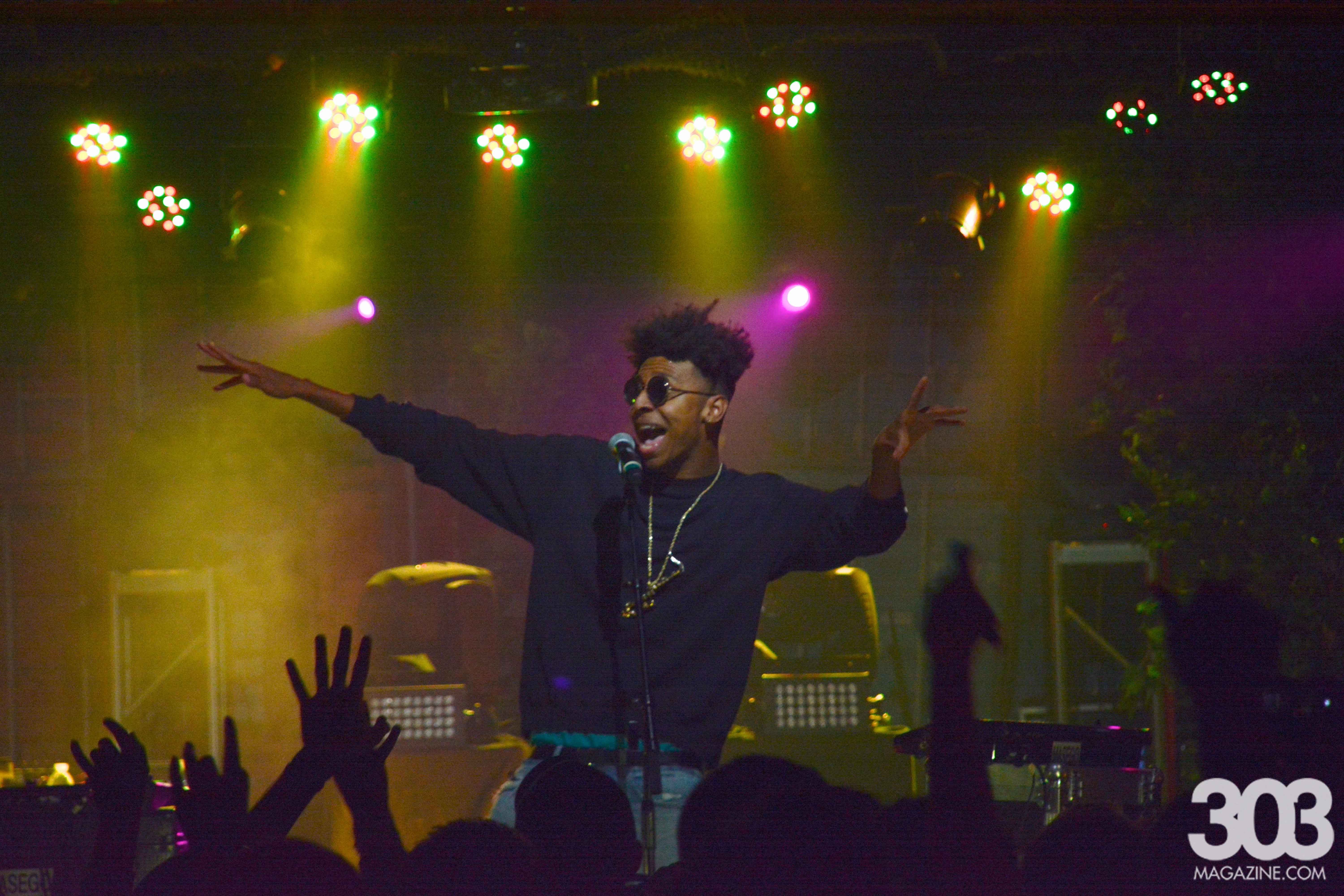 Following a brief interlude by his DJ, GoldLink ambled to the stage performing “Fall in Love,” as everyone got down to the groove. There’s something to be said for rappers who don’t rely on a backing track to supplant their stamina, as they seem to be becoming fewer and far between, but to everyone’s delight, GoldLink was not one of them. As nimble and melodic as he is on record is the exact same way he performs live, if not more so. Pacing across the stage rattling off wordplay in seamless succession, GoldLink literally never missed a beat.

Performing largely from At What Cost, he was more concerned with pushing his new material to the forefront for his newer fans than reaching heavily back into the two mixtapes that gave him his start and cemented a fan base for him. While the exclusion is completely understandable for artists touring a new album, what was most curious was the inclusion of the DJ break in its place. Smack dab in the middle of his set, GoldLink’s DJ took over playing raucous hits from the likes of Chance the Rapper, Fat Joe and Usher. If reenergizing the crowd was the goal, he succeeded, but with GoldLink having no shortage of stimulating songs, it came off a bit cheap (especially since he performed none of The God Complex). 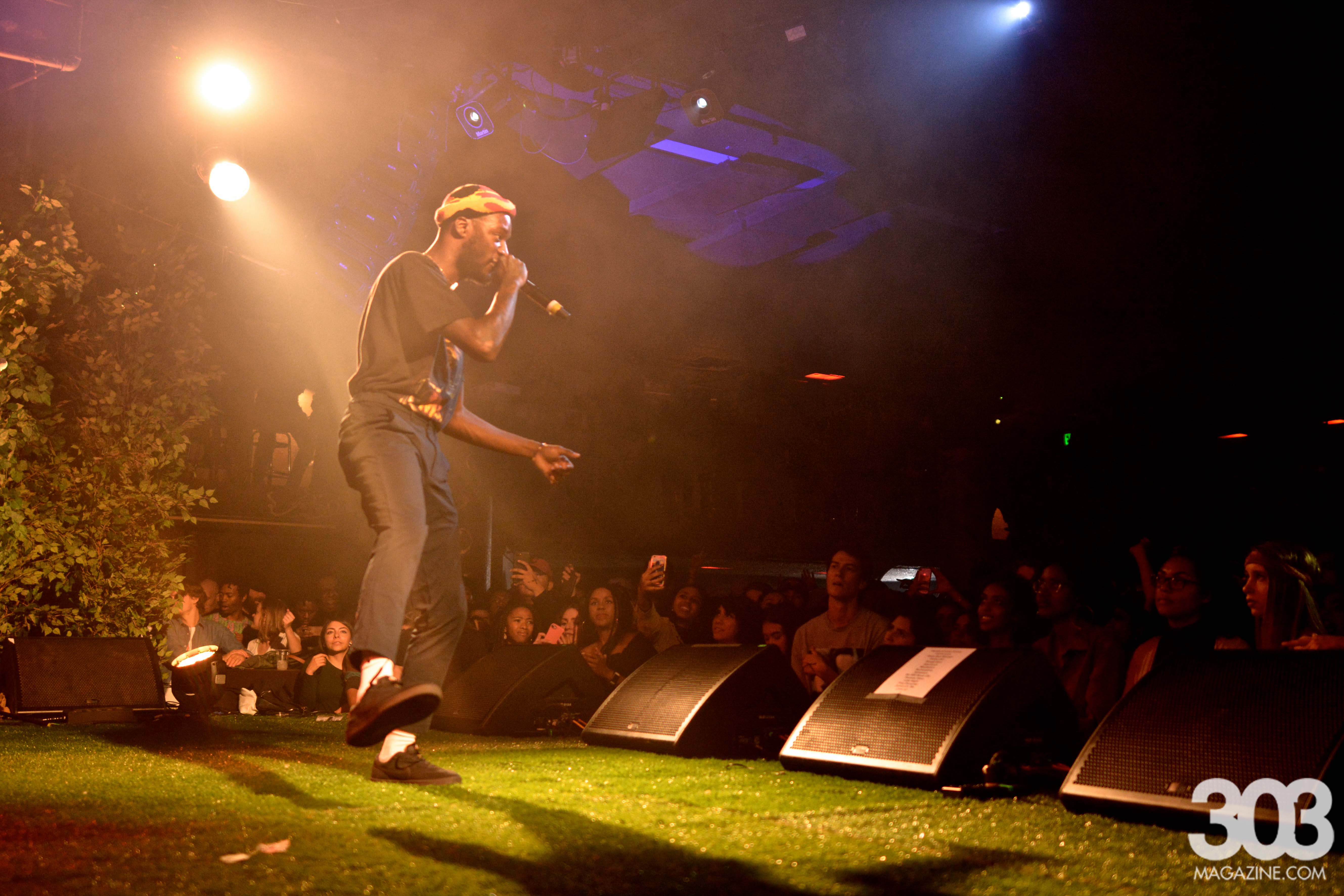 When GoldLink returned to the microphone and performed his song “Late Night” with Masego, he conceded at the conclusion that he found out a good friend of his had been shot and killed earlier in the week. The loss of GoldLink’s friend clearly weighted on his mind, as he dedicated his breakout single “Crew” to his fallen friend and to the fans gathered before him. Performing the song not once, but twice, Cervantes became a sea of moshing bodies yelling every word in his honor. If GoldLink’s hype is anything akin the momentum of our bodies in that moment, there’s nothing that can slow him down. 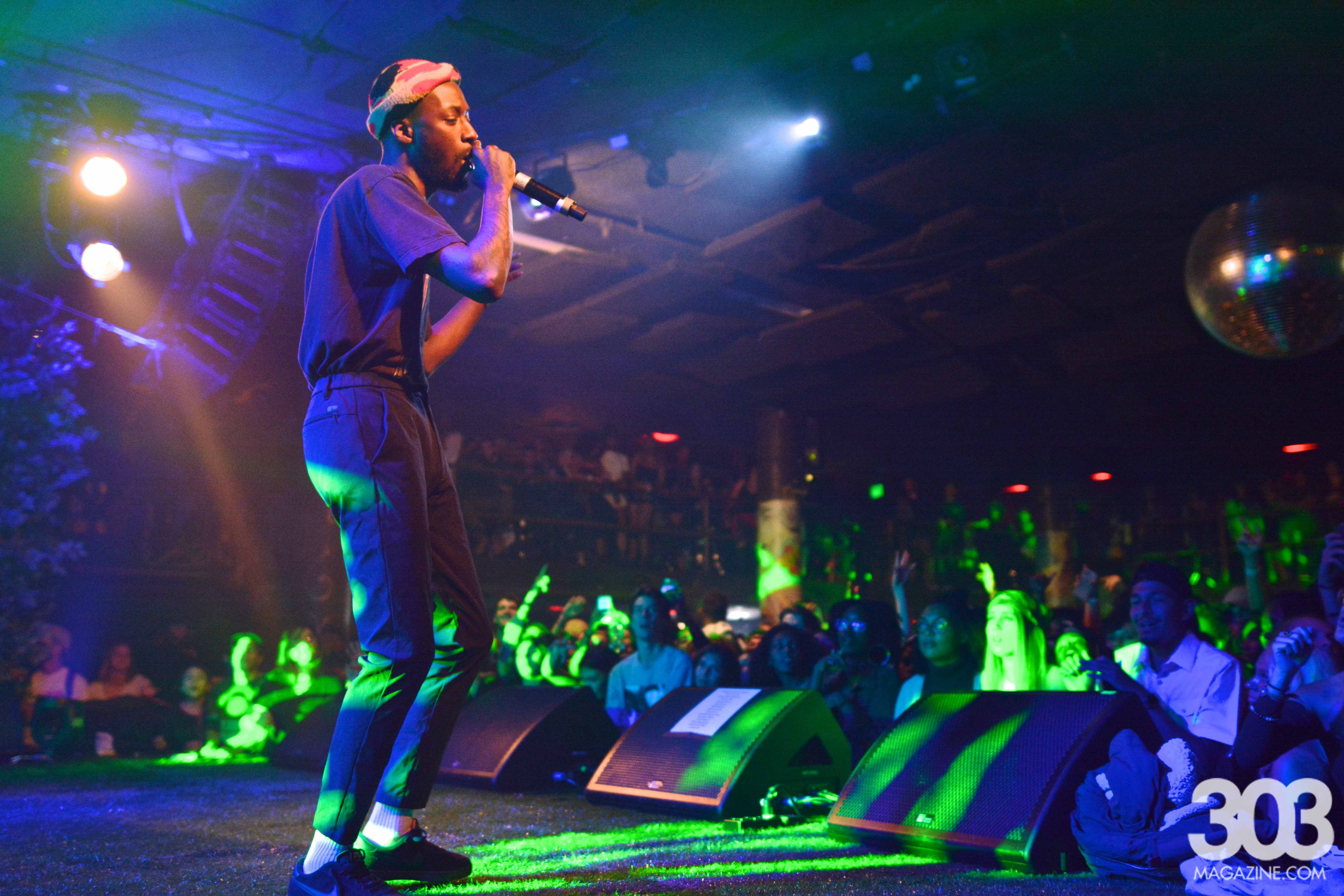