Food experiences have a few primary representations. Dining out is the most often written about and cooking at home is the predominant occurrence. But food’s significance in film — a medium saturated with meals both central and immaterial — is seldom addressed.

Enter the Flatirons Food Film Festival, a five-day event exploring the way we experience and think about dining, food production and our own relationship to what we eat. Last week, the Boulder-based series offered an alternative route for gourmands, film-buffs, chefs, hobbyists and food-lovers of all ilks to come together and enjoy aspects of culinary culture that are less often expressed or made available to the average consumer. Five days, nine films, a variety of high-profile speakers and multiple events helping to augment the impact of the cinema all added up to an incredibly inspiring showcase. Aspects of food culture that are generally overlooked, hidden in plain sight or worthy of additional discussion were all put on display. Documentaries highlighting individual game-changers and lesser-known food traditions were coupled with classic pictures underlining the enormous importance of food in family life, personal histories and societal integration. There was even Ratatouille.

The festival opened Wednesday, September 27 at the Rayback Collective with the first biopic of the weekend James Beard: America’s First Foodie. A fitting start to the festival, the film presented a fair and dynamic look at the character of the famed chef, his legacy as told through his many protégés and his importance in developing the culture of what has now come to be known as a foodie. Concluding with a discussion moderated by Eater Denver’s Andra Zeppelin and featuring the film’s director Beth Federici and James Beard Foundation Director of House Programming Izabela Wojcik, the event set the precedent for the kind of thoughtful presenting that would continue for the rest of the weekend. They served Beard’s famous onion sandwiches — an hors-d’oeuvre highlighted in the film — to tie the whole thing together. This kind of multisensory attention to detail was one of the festival’s major strong suits and would appear across events.

The series continued with Look and See: A Portrait of Wendell Berry. Highlighting the writer, environmental activist and farmer’s views on the shifting agricultural landscape, the film was met with fanfare. A commitment to sustainability was an ideal clearly shared across the room. Jeremiah Tower: The Last Magnificent rounded out the biographical documentaries by exploring the life of yet another pillar of modern gastronomy. The decision to feature an afterparty with Tower himself at License No. 1 characterized festival organizer Julia Joun’s knack for bringing attendees in direct contact with the forces and individuals that shape the culinary landscape. 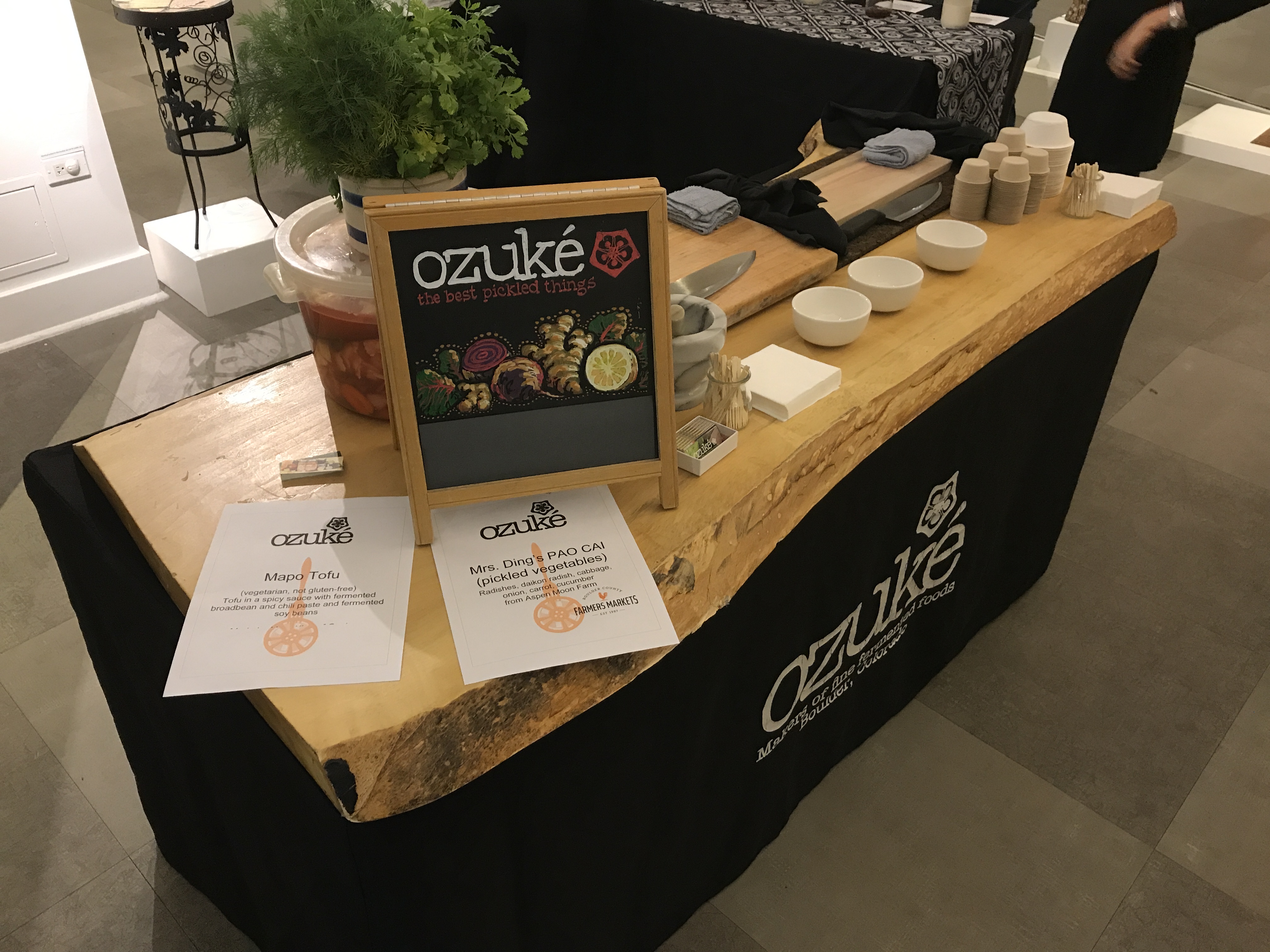 Just as important as the heroes of modern cookery in altering the course of dining are the elements of commerce, sourcing and inspiration that exist backstage. A Journey Through the People’s Republic of Fermentation recounts the expedition of fermented food aficionado Sandor Katz and Ozuke founder Mara King across China investigating bold flavors and customary methods both urban and traditional. Consisting of eight parts, each 10 or 15 minutes long, the film was introduced by King. Highlighting travel as an important source of inspiration, the film’s in-depth look into Chinese practices revealed a great deal about how modern dining is shaped by the ease of cultural exchange. An intermission after part four involved samples of some of the film’s fermented delicacies including pickled vegetables and tofu smothered in fermented broad bean and chili paste and fermented soybeans. Most interesting of all was a “sniffing zoo” where jars full of odors ranging from mildly funky to entirely unbearable were laid out with the noble intent of broadening attendees’ palettes and forcing a certain understanding of microbes’ great possibility in food preparation.

Next up was Sour Grapes, highlighting the exploits of notorious con-man Rudy Kurniawan. Wine connoisseur and wine-fraud mastermind, Kurniawan cuts a dramatic figure. Set against the backdrop of the festival at-large the film drew attention to the incredible devotion and enormous financial significance involved in what is a major part of dining, vino. Transactions and exploitation revealed themselves as an unfortunate necessity of the modern experience. 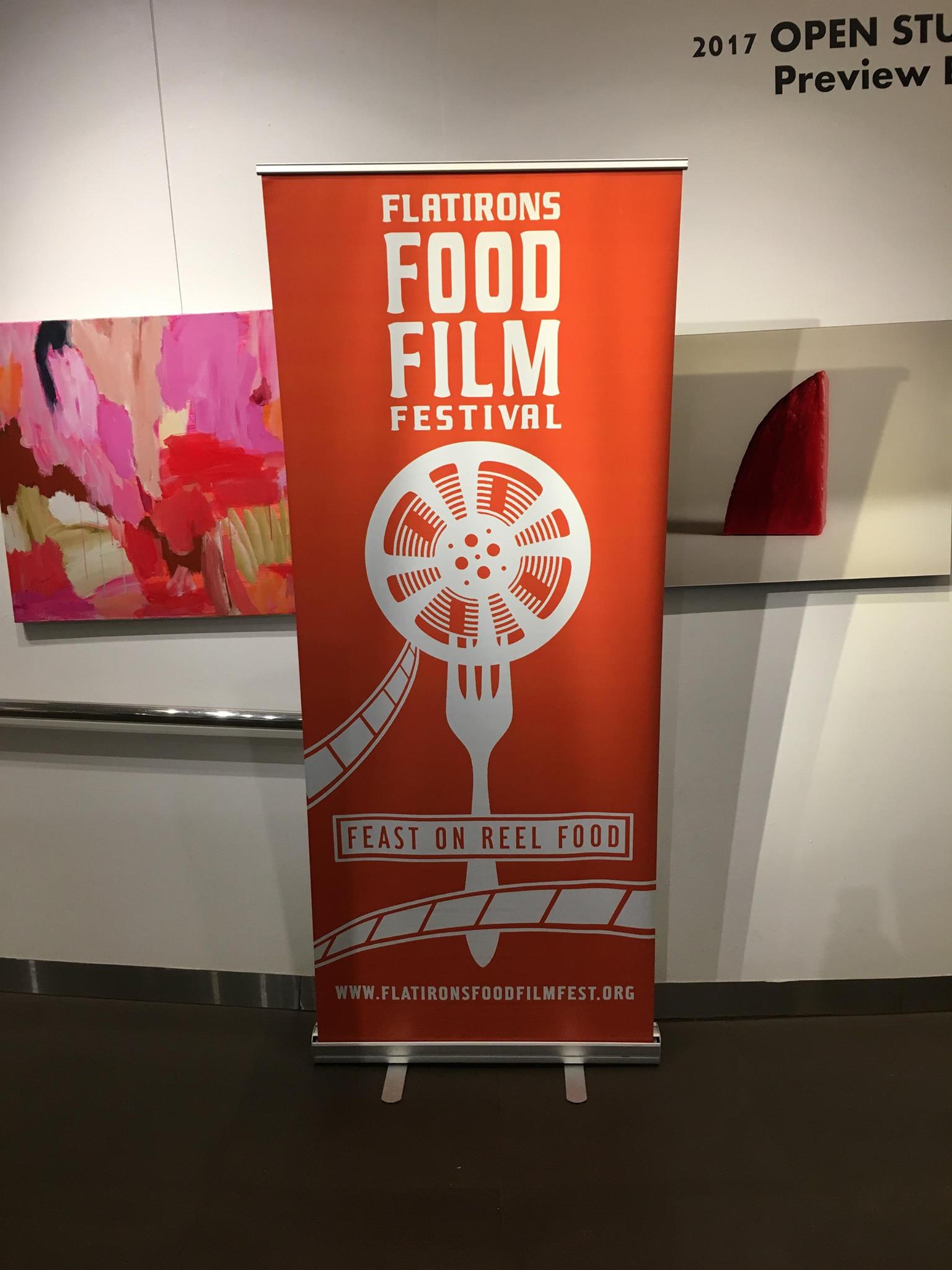 Having established things on a structural level, the feature films continued to explore our more deeply personal relationship with food. A screening of Ratatouille was preceded by a children’s market walk and cooking demo at the Boulder Farmers Market. Big Night, a film about two brothers and their Italian restaurant was opened by Denver restaurateur Frank Bonanno. What’s For Dinner Mom and Eat Drink Man Woman each looked at the central role of food in grief, family ties and changing traditions.

Even more than the documentaries, the narrative cinema drove home the festival’s major point — that food is enormously important, and taking a closer look at all the aspects that make up the process from start to finish is beneficial not only for ourselves but for the planet at large.