Back in February, we published a story about Taylor Sandona, the designer for local brand Create Karma, and his giving back program that focuses on giving beanies to Denver’s homeless population. It’d be this piece that would bring together Sandona and the Denver Public Library to discuss the possibility of collaborating.

Now, Sandona and Denver Public Library are making it a reality by hosting a Beanies for the Homeless Coffee Meet, happening on Wednesday, October 25 from 10:30 a.m. -12 p.m. The event is open to anyone who wants to volunteer, as well as individuals who have questions about Denver’s homeless population and social issues. Here, Sandona tells us what we can expect and how to get involved. 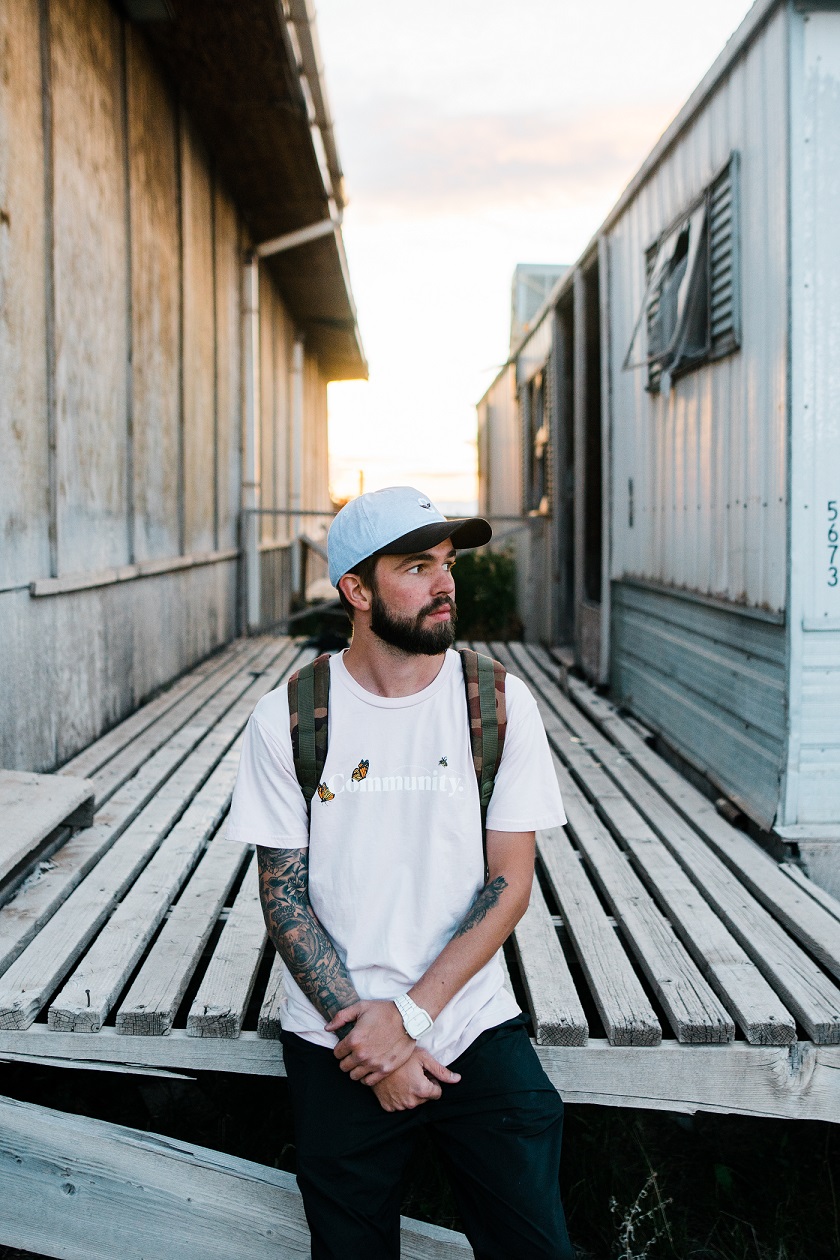 303 Magazine: Tell me about the coffee meet in a few days and how it became a plan.

Taylor Sandona: The Denver Public Library works a lot with the city’s homeless population, especially in the Winter, because it’s a public space. As long as you’re sober or being productive, you can walk in to get away from the cold and use the library’s resources. When 303 Magazine covered Create Karma’s Beanies for the Homeless campaign, staff at the library read it and reached out. They stated what they do for the homeless and how they wanted to work together and expand into distributing beanies at library locations, which resulted in our upcoming coffee meet. Volunteers can come down and see how to get involved or they can even just grab beanies they want to distribute, whether it’s around the library or in their own neighborhood. It’s also about looking beyond donations and treating them like humans again. Sometimes that interaction is almost as big as handing the beanie out.

303: After the original article, how did people react?

TS: What’s really stuck out to me is the power of social media and collaboration. I’m very anti-social media at times but this collaboration wouldn’t have happened without the article in question. The Instagram post alone led to about 20 volunteers to get involved. These were everyday people who don’t owe anybody anything but they thought it was cool that a local brand was going out of their way to better the community. That was one of the coolest things for me, seeing people show up who just wanted to help. I don’t think 303 Magazine even realizes how big of an impact has been started because of those two things.

303: Why is it important for your brand to focus on giving back?

TS: One of the big reasons I’ve wanted to do more is because the majority of big brands don’t do anything for anyone. And it’s not required for them to give back either but it’s something I personally wanted for my brand. One of my biggest hopes is that a bigger brand with way more money and way more hype takes notice that a smaller brand is trying to benefit the homeless population in their city. Hopefully, it makes them realize “if they can help, I can help,” and that it’s about creating opportunities to help others less fortunate, connecting with like-minded people, and inspiring people who you’ve never met. It’s about sparking conversation on the issue. Street sweeps don’t help anyone who’s homeless, it just takes away what little resources they have and forces them to move.

303: Your brand is called Create Karma but now you’ve also created a separate brand called Community. What spurred that decision?

TS: Basically, I was doing a lot of manufacturing for local brands, artists, musicians, even helping a Bronco player launch a brand, anyone who needed clothing or headwear production. So Create Karma is going to remain for manufacturing and client work, while Community will remain my brand, which has designs that emphasize unity and spreading positive vibes. I basically split into two companies that can grow together. Community is focused on bettering the communities that my brand is carried in. Some new stores are carrying the brand and the giving back program will continue with Community, in which a beanie is donated for every article of clothing sold.

303: Can you tell me about a specific person you were able to interact with while handing out beanies?

TS: For a while on Broadway, there was a man named Dale who had separated from his wife, was never able to see his daughter, lost his job and just from seeing him, you could tell he was completely on his own. He never asked for anything, he’d walk by and simply say hello. I’ve met a lot of people who, for whatever reason, got caught in a downward cycle. Not every homeless person is looking to get drugs or alcohol. I’ve had volunteers say “We walked the streets downtown and handed out beanies, and the people who received them were ecstatic and so grateful.” You might be giving a beanie to someone who, seven years prior, was in a better situation than you. The cool thing about this call to volunteers is that it brings people out from different neighborhoods, from the suburbs, and it helps to benefit as wide of a variety of homeless as possible.

303: How can volunteers get involved?

TS: If someone can’t make the coffee meet up, please feel free to reach out through email [email protected] or through Instagram and Facebook. We can get you beanies, we can further explain the campaign. The more volunteers, the wider reach we can have. 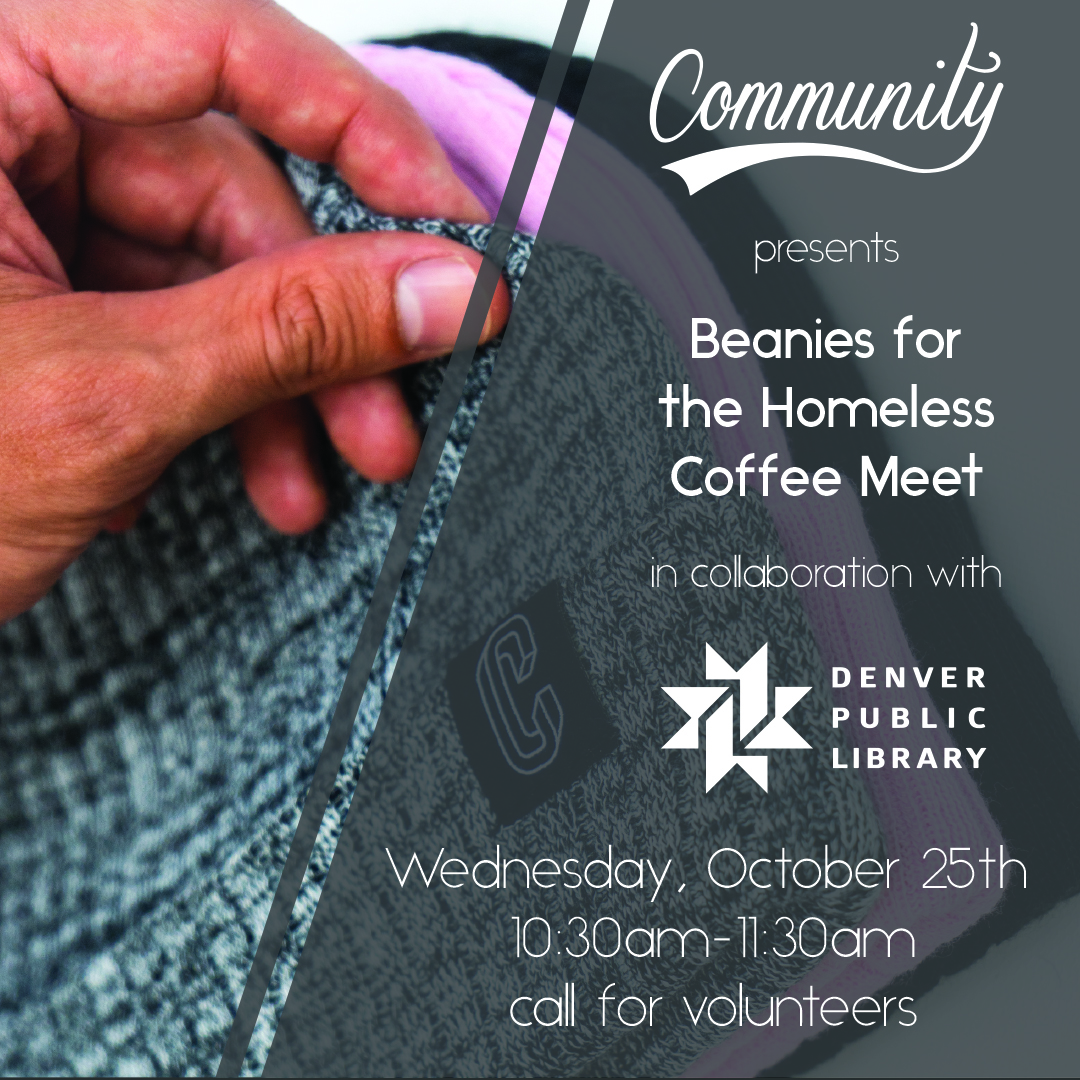