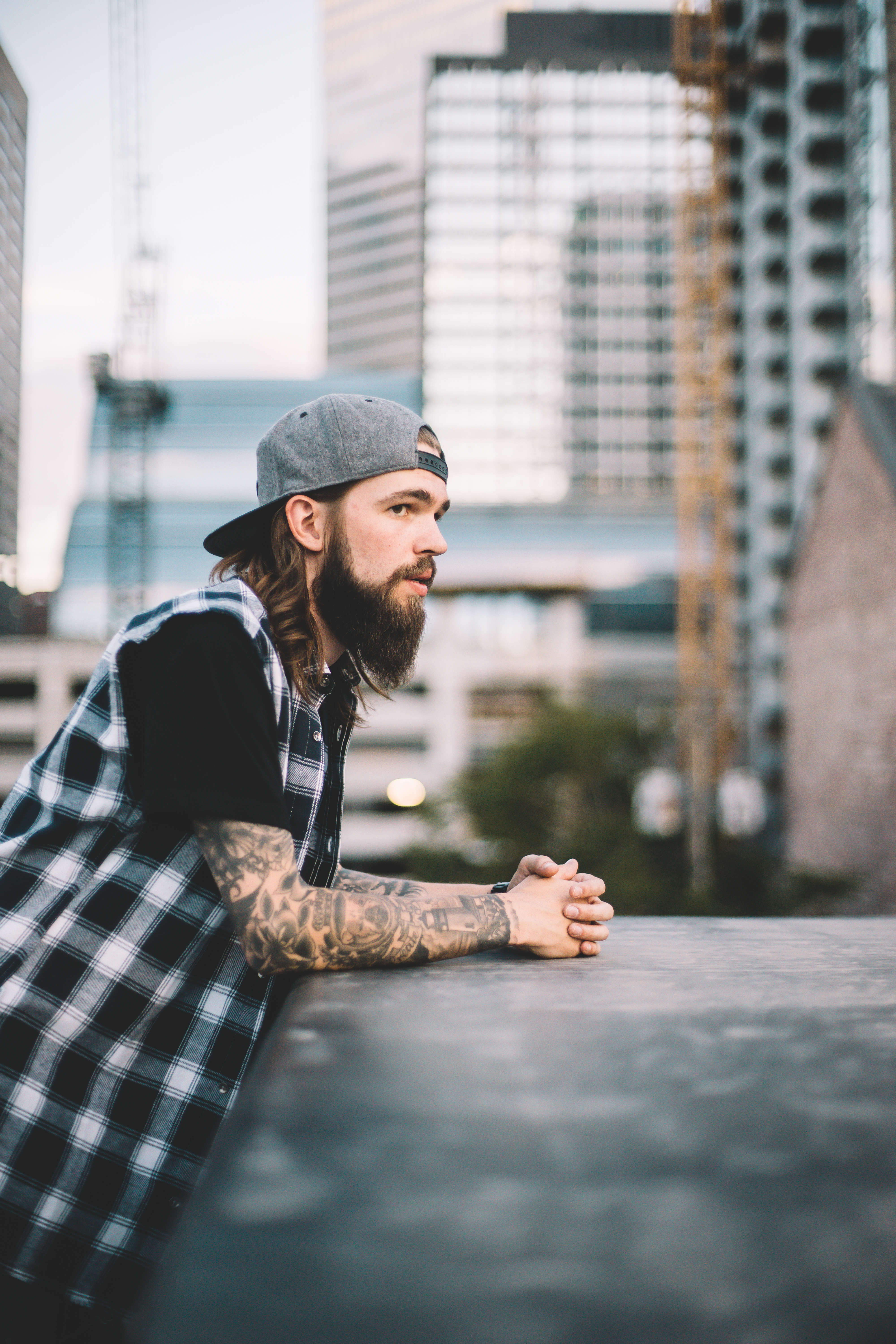 Taylor Sandona of Create Karma is a man who believes everyone is capable of giving more. It’s this belief that fueled him to develop a program within his brand that gives back to the less fortunate. Sandona began Create Karma in 2012 while he was still living in Minneapolis, with only a few hundred dollars and being a full-time student and holding a full-time job. The idea to start a clothing brand, however, began when he was a Junior in high school and people would ask him about his style.

“I was buying shoes, clothes, hats from online outlets and I’d wear them to school and people would ask me, ‘where did you get this?’ It wasn’t necessarily that my style was crazy, it was more that I enjoyed wearing things that others around me weren’t. That sparked the idea.” said Sandona. It remained an idea until his last semester in college where he decided that if he was going to start his own brand, the time had to be now. What started with graphic tees turned into a desire for a better product and continued with custom clothing and Sandona’s own designs. After all, Create Karma was formed with the idea to inspire others to do what they want and to shine a light into the streetwear industry. Also, it’s provided a way for Sandona to bring together people from a variety of cultures, backgrounds, and ethnicities. Watching people come together is the driving force that continues to push Create Karma. 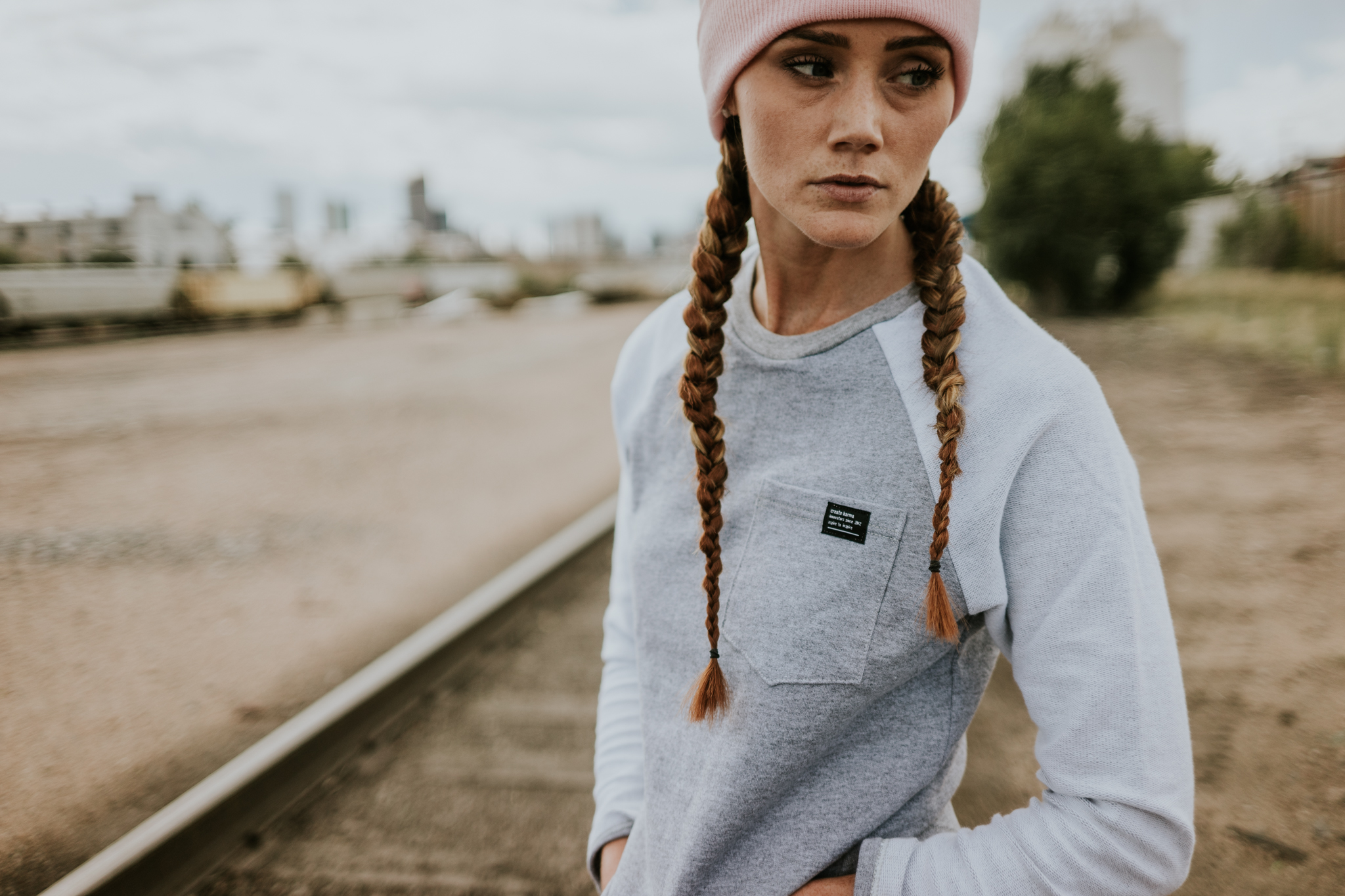 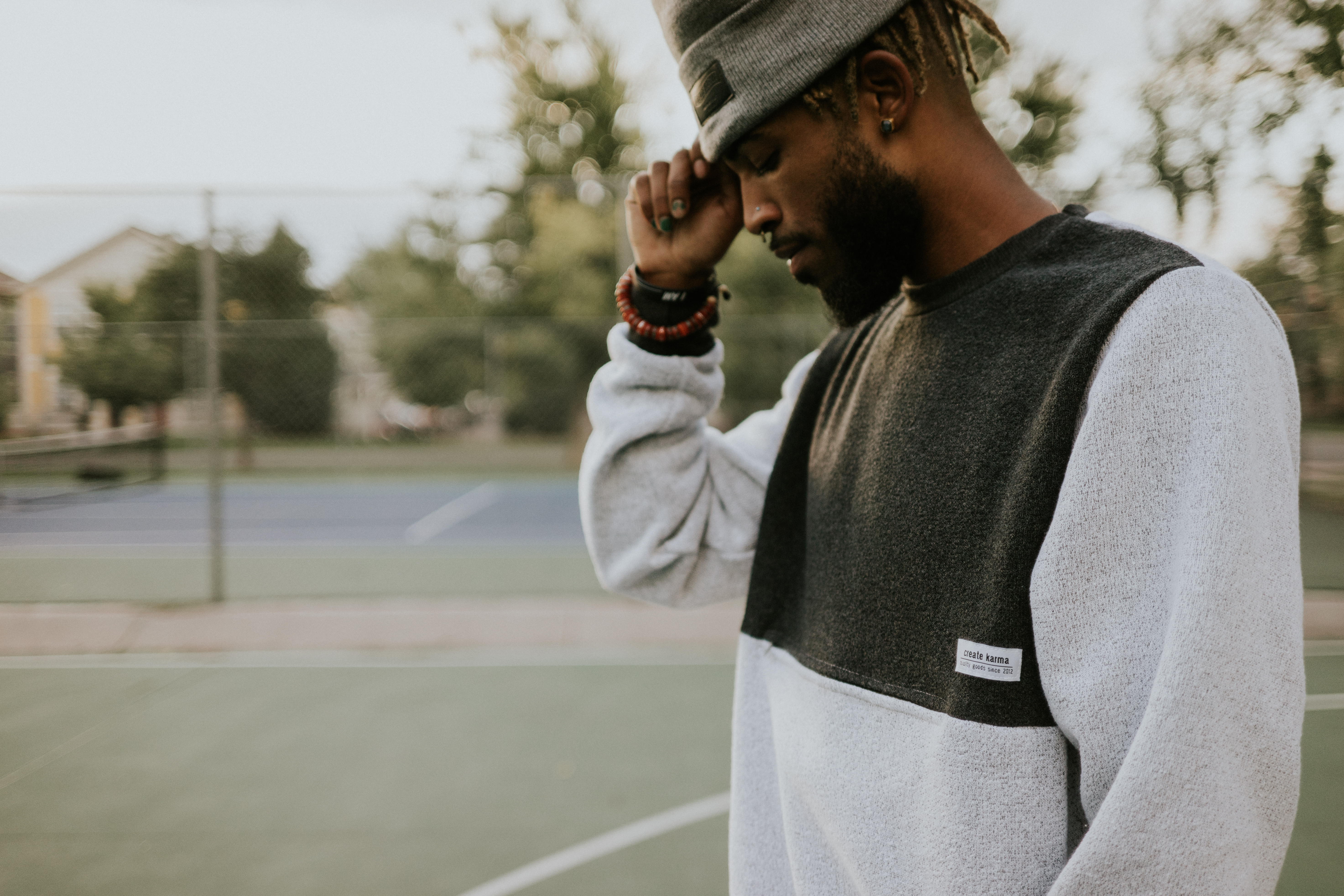 With the brand underway, Sandona kept coming back to the idea of finding a way to give back. “I wondered ‘If I try this now, do I put [the brands’] growth opportunity at risk?’ … because it’s still in the growing stages, which means I’m still always putting money back in. I haven’t paid myself a dollar off of what comes in. But a year ago I decided I can implement something,” Sandona said.

After further thought, he came up with the idea of a giving back program where a beanie would be donated to the homeless for every article of clothing sold out of Create Karma. He chose beanies because they are a small but effective thing to give away because it’s important to have your head and ears covered during the winter cold. He dreams of the day he could give away a hoodie for every piece sold but for now, it’s an admirable start.

The next step in the process has been deciding on the appropriate vehicle for distribution.

“I don’t want to be the person who is giving back but dumps the work on someone else’s plate. Instead of dropping off beanies at a shelter, I’d prefer to take work on and be more involved.”

Street teams made up of friends and brand supporters have been the deciding factor. Sandona uses his friend Alex as an example, a photographer in Minneapolis who goes out to the streets during the winter and connects with homeless people. He photographs them, learns their story, hands out beanies, and treats them like humans.

“We’re trying to bring in people like that to collaborate with. You can give away 100 beanies or five beanies for us, anything helps. No matter who you are, if this hits home as something you believe in, feel more than free to reach out. We’re looking for anyone that is interested in participating,” said Sandona. He also explained that the program isn’t going to be exclusive to Denver. Since homelessness is a nationwide issue, working on getting other big cities involved is a current plan. Through a lot of street team work, the objective is to donate a thousand beanies over a few seasons to people that need them the most. “Help doesn’t have to stay local either. If people are genuinely interested in trying to distribute beanies, we can cover shipping or we can meet up and get beanies to you. ” 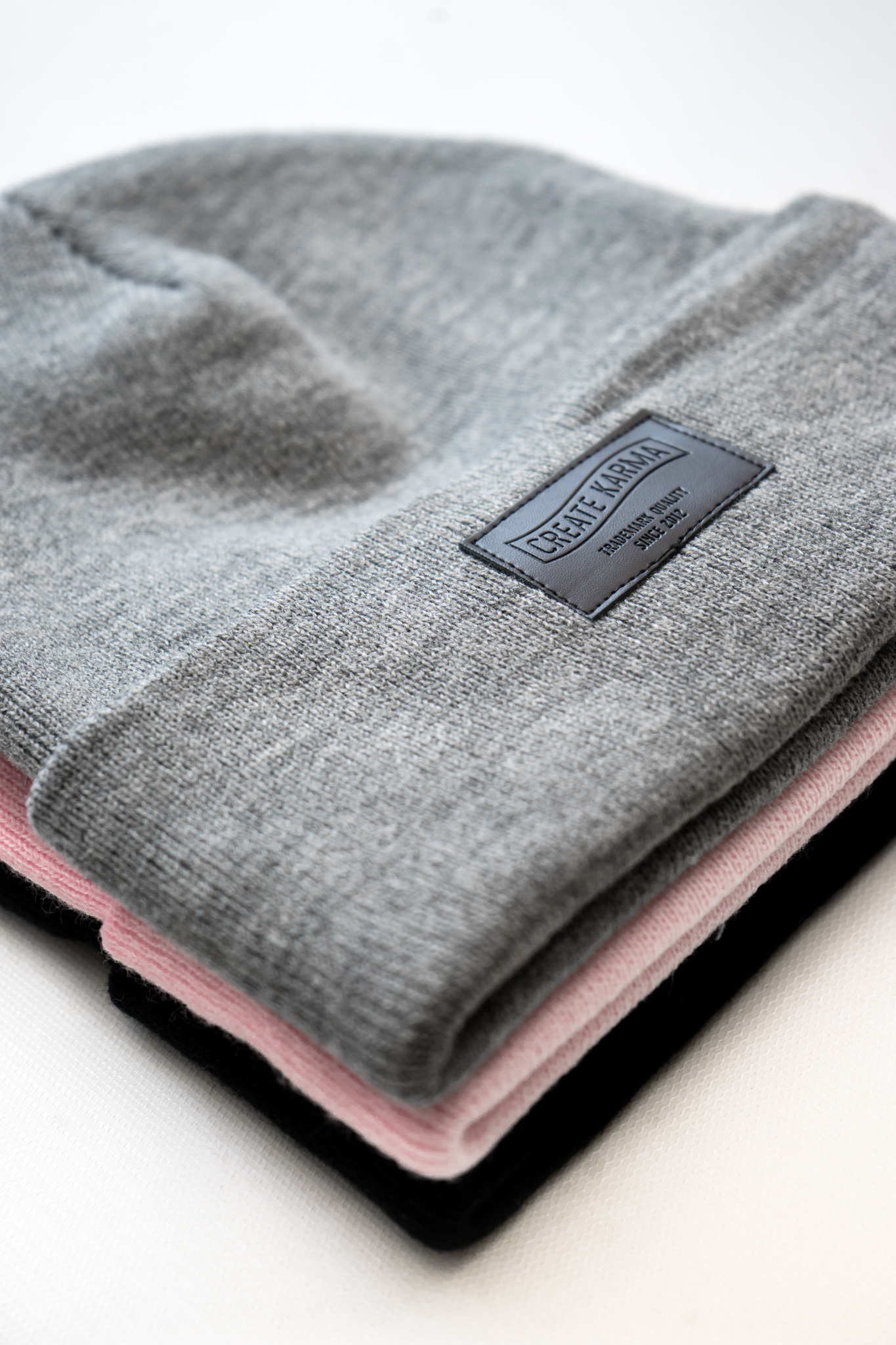 Through collaboration and distribution, Sandona believes some insight could be shed on Denver’s homeless population. He believes that some brush the issue under the rug after an unpleasant interaction with someone who is homeless. Whether it was because of somebody who asked for money too many times or getting yelled at, a negative perception can make them easier to ignore.

“You never know what someone went through to get to that point. By participating in giving back programs, people can understand not every homeless person will be amazing, not every homeless person will be terrible, but that doesn’t mean they don’t still need help,” he said. Sandona knows that it’s an issue that won’t be resolved unless some major changes take place but he hopes to inspire others as well. “By showing that a younger brand is trying to do what they can without having an insane amount of money, I think that can spark someone down the road. A bigger brand can realize that they can give too. Even if it’s not with Create Karma, you can do something on your own. I’ve seen people put together care packages and just leave them around town. Big or small, it’s going to help someone.”

If you’d like to help distribute beanies contact [email protected] or if you’d like to talk to Sandona in person, drop by Abstract Denver on Broadway. 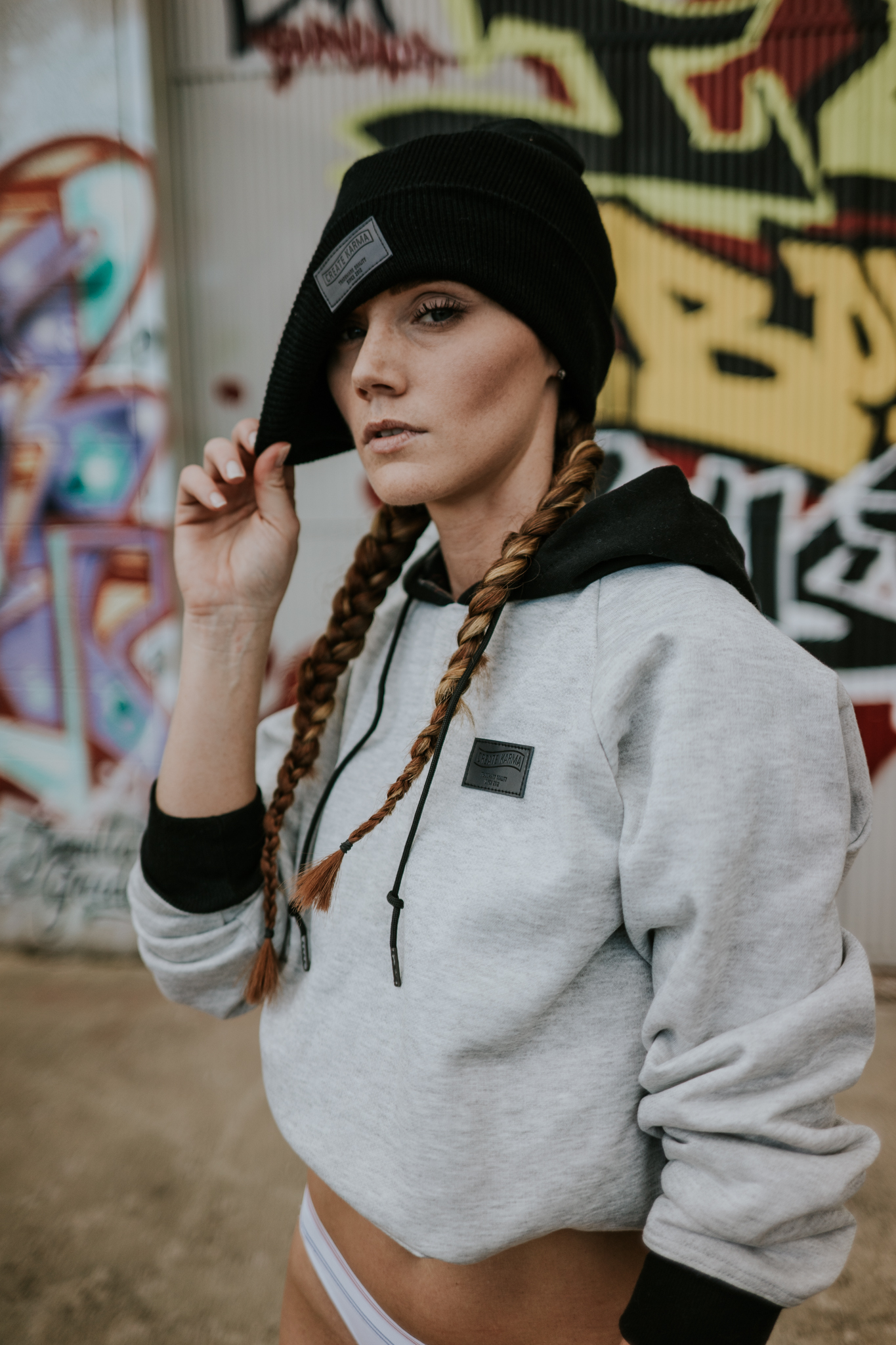 All photography by Brandon Tormanen