Why One Woman Wants to Unite Denver Redheads in 2018

Amanda Blackwood was only 19 years old when she was left on the streets of Daytona Beach, Florida. She had only $5 in her pocket. With no job or income of any kind, nor family and friends to support her, Blackwood relied on people she didn’t know for help. She lived with strangers for three weeks until she met “Esteban” who promised to be of help. “Esteban” invited her over to fill out job applications and told her to wait inside a spare bedroom. She immediately had a bad feeling about this meeting, but decided to go anyway. She was then locked inside the bedroom where nobody could hear her cries for help except for the other girls screaming down the hall. Miraculously, with the help of a knife and other objects she found in the bedroom, she sawed a hole in the door only to discover a padlock on the other side. She was still trapped. Forced to think quickly on her feet, she decided to wait for her kidnapper’s return to put her plan into action. When “Esteban” returned, she cleverly tricked him into thinking she was underneath the bed covers with empty bottles and what appeared to resemble red hair. As soon as he opened the door, she ran for her life. Due to her resourcefulness, Blackwood was able to escape from sex trafficking, but many others are not so lucky.

READ: A Colorado Survivor Shares How She Escaped Sex Trafficking

Every year thousands of children go missing, and Blackwood says a lot of the disappearances can be traced to the sex trafficking industry — a problem that doesn’t just happen in foreign countries, but in our very own backyard. Cities such as Denver, Atlanta and San Diego, among others, are hotspots for trafficking and Blackwood wants to educate the public in the Mile High City about what we can do to help.

How does she plan on doing that? Surprisingly, it has to do with her hair.

On Saturday, July 14, 2018, Blackwood is organizing a festival to unite the redheads, gingers and ginger beards to help put a stop to sex trafficking by donating to Operation Underground Railroad (O.U.R.), a non-profit organization that assists governments around the world in rescuing human and sex trafficking victims. The event already has 1,000 people interested on Facebook, even though it’s a full year away.

The festival will include live entertainment by redheads, a redheaded celebrity chef doing a cooking demonstration and signing cookbooks, sunblock sales, craft booths and other vendors from the Denver area to support the cause.

What makes red hair so significant?

“Part of the reason I wanted to do a redhead convention for this particular charity is because since redheads are rare, we get a higher price [in the sex trade]. We’re worth more money. We sell for $100 all over the world,” Blackwood said. 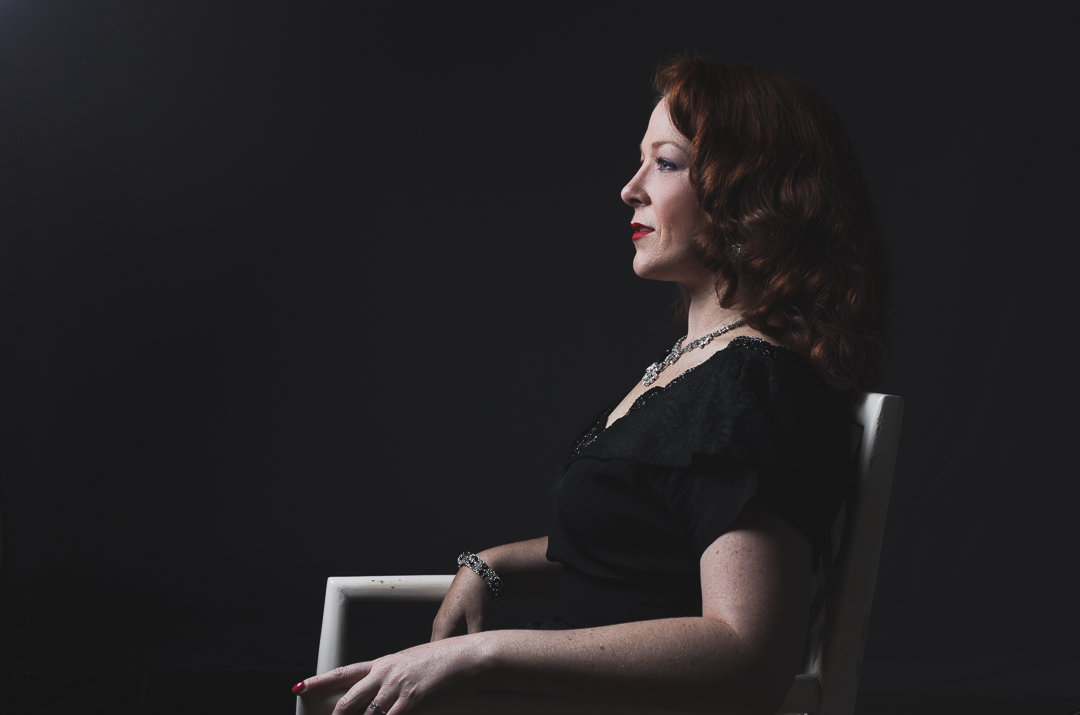 “I’m part of several different groups on Facebook and everywhere I go, people are talking about how they’re bullied or how their family teases them because of their red hair. I went through a lot of that myself. It’s a lifelong battle that people with red hair have to go through. We’re a minority. People don’t see us as a minority, but we definitely are. We’re less than 2 percent of the world’s population,” she said.

Blackwood wants to remind people about the sex trafficking industry here in Denver, and remind people of the dangers of communicating with strangers — especially in today’s modern world.

Read: For the First Time, Denver’s Underage Victims of Sex Trafficking Have a Place to Call Their Own

Blackwood says that she believes her naïve and trusting nature when she was a teenager led to the incidences with her captors. She wants people to hear her story and try to help those who are still locked up.

“It’s made me who I am. I was a really shy and introverted, meek doormat. I will never be that person again. I listen to my instincts when they tell me not to trust somebody and to be fearful. I have more empathy for others when I know they’re struggling and they need help or they feel like they’re trapped somewhere and can’t get out,” Blackwood said. “Whether it’s figurative or literal, it doesn’t matter. If they feel that trapped — I’ve been that trapped. I’ll do whatever I can to help them. It’s also made me want to do everything I can to try to help Operation Underground Railroad.”

Blackwood says her mission to help was encouraged by actress Laurie Holden who played Andrea on The Walking Dead before she left in season three. Holden’s character traveled to Colombia, put on a wig and sunglasses and disguised herself so she could free 55 children between the ages of 12 and 14 from sex trafficking.

“I bought a ticket to the very next Walker Stalker Con in San Francisco. I went there specifically to meet her and to thank her. And she cried and hugged me, and she challenged me by saying, ‘Go and do what you can to help,’” Blackwood said.

Since then, Blackwood has been working to raise money to support O.U.R. by using her bridal shower to raise money, by running a 5k and making donations. She hopes the Redheads Unite Festival will encourage supporters. Her escape reminds her that others are not so lucky, and if it wasn’t for watching MacGyver growing up, she might not be here today.

“When I got away from there, I couldn’t go back for the other girls and I knew there were at least five or six others. And I felt it was my responsibility and I should’ve gone back. But if I’d gone back, I wouldn’t be alive right now. He would’ve got me. He was right on my heels,” Blackwood said. 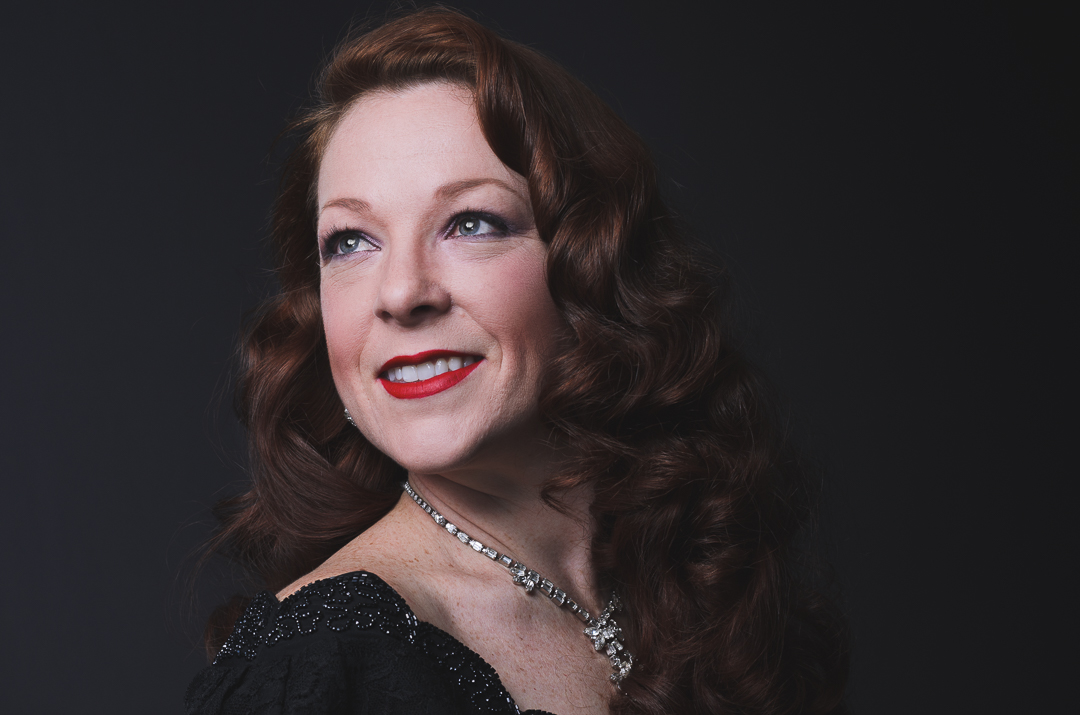 Although it’s happening one year from now, Blackwood says she’s glad she’s got a lot of time to plan and wants to let local vendors and businesses know she’s got booth space available.

As for the event, redheads will be welcome for free, but non-redheads who wish to come will be charged $5 admission. And you don’t have to be a natural redhead either — it can be dyed.

“Anyone can come. I’m not going to pull their hair and see if they’re a natural redhead or not,” Blackwood said.

So gingers, rejoice — there is a festival just for you, you lucky two percent.

If you are interested in participating in or supporting Blackwood’s event, please contact her by calling 310-990-7968 or by emailing [email protected]. You can read more about her story on her blog website. If you would like to support or donate to Operation Underground Railroad, please visit the website.