There’s a lot more to Kaleo than what’s at the surface. The group makes music that blends elements of American Southern rock, blues, country and folk — but they’re from Iceland. Though from Iceland, their name, Kaleo, translates to “the sound” or “the voice” in Hawaiian. With a playfully cocky band name, one would hope they’d, well, sound good. On Friday night at the Paramount Theatre in Denver, Kaleo presented such sound to us and proved that they truly do live up to their name’s ambition.

The band appropriately relocated to Austin, Texas nearly three years ago, where their sound fits right in. Since then, they’ve been featured on soundtracks by the likes of “Orange is the New Black,” HBO’s “Vinyl” and more. They’ve performed in 49 states (and inside a volcano) and their single “Way Down We Go” hit No. 1 on Billboard‘s alternative songs airplay chart. Fronted by incredibly talented and handsome vocalist JJ Julius Son, it’s safe to say these guys will be reaching the higher ranks of Billboard charts in no time. 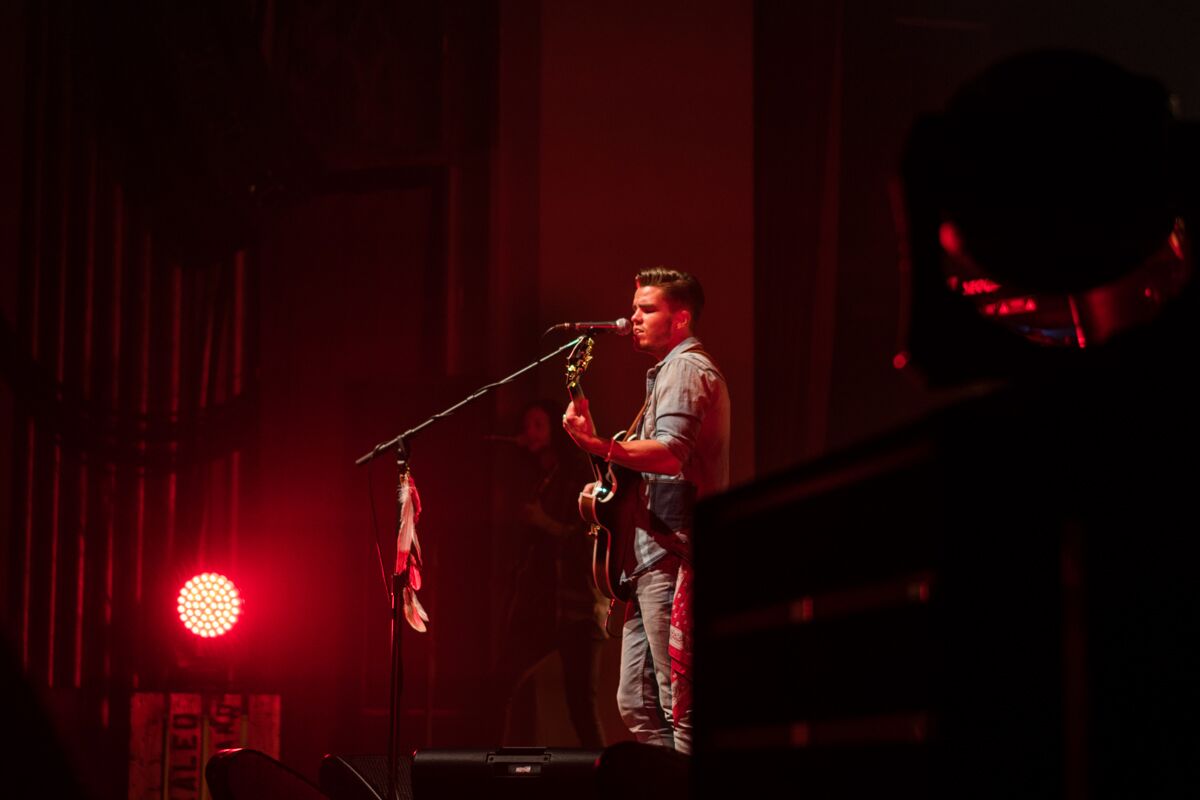 Kaleo is here in Denver for two nights at the Paramount Theatre, and with them, they brought some Iceland influences. Night one kicked off with that awkward moment at the seated venue where everyone wondered if the crowd would stand up. Eventually, they did. The stage was lined with amps silhouetting the shape of Iceland, wooden crates reading “KALEO ICELAND” and a backdrop with an aerial image of the island country printed on it. Either the rock band wants to let people know where they’re from (since you’d have to read a bio to know) or they really miss Iceland — or both. Not only that but during their hit song “No Good” they flashed bright white lights on their Icelandic backdrop as Son sang, “Kiss your baby goodbye/Come on love, it’s alright/You never know unless you give it a try.” They followed the single with the only song they perform live in their native tongue, “Vor í Vaglaskógi.”

27-year-old Son was impeccable — his voice flowed brilliantly, incorporating a wide range of high falsettos and low howls. He seldom smiled, which only made it effectively sadder when he sang words like, “Go on and save yourself for someone else.” On the other hand, it made him all the slicker when he sang lyrics like, “You know you got to please me.” It’s true, he really can sing as wonderful as on his recorded tracks. But not only could he sing, Son whistled exquisite tunes that would make the most talented of birds jealous. 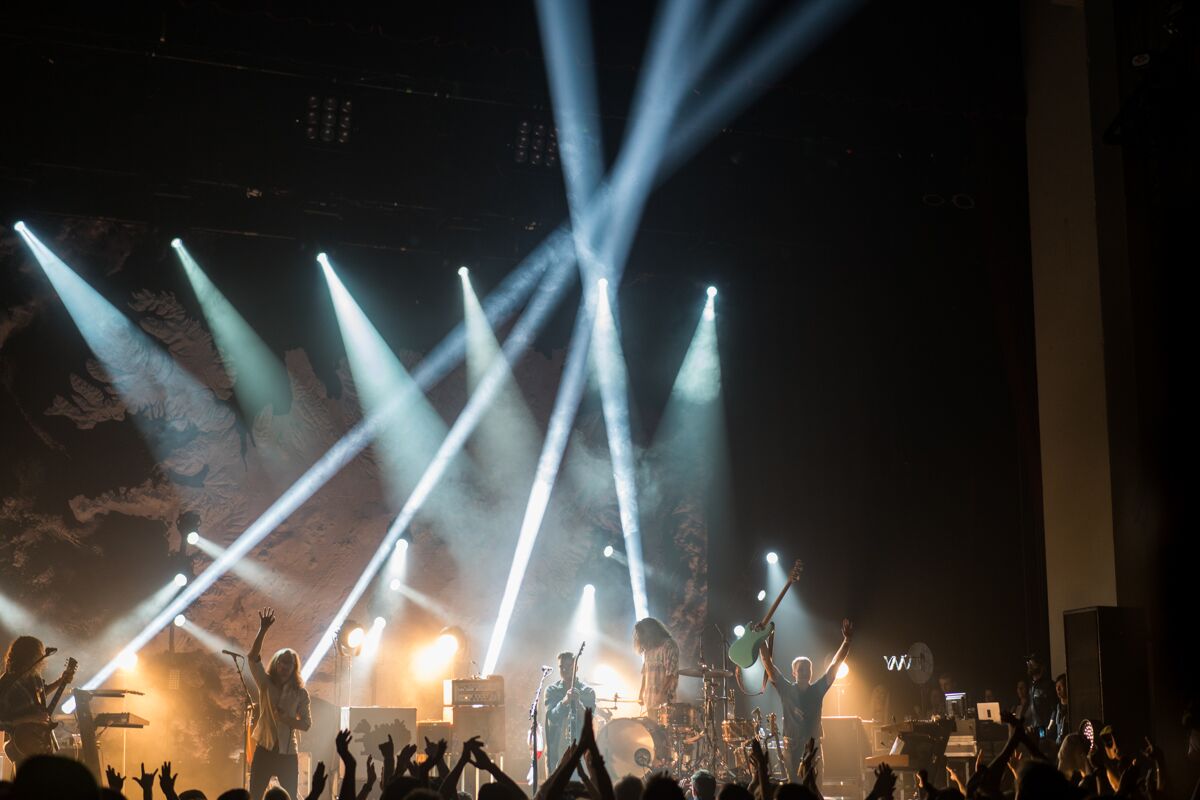 Their lighting was fairly simple yet well-coordinated. Not only did it compliment the music, but also the props, backdrop and even venue — lights were often shined onto the ceiling of The Paramount. The combination of it all enticed the crowd, contributing to an upbeat and energetic rock vibe. Speaking of energy, we expected just a little more of a stage presence from Kaleo. Some of the group’s rock solos are really heavy which you would think would ignite headbanging, spinning and jumping from the band. Most of the time everyone looked as if they were ready to really let go, but the full five-piece band never fully pulled the trigger together. We have to give the drummer and bassist credit for getting down at times and occasionally signaling the audience to jump around but Son never broke his clean composure. None of this brought the performance even comparable to a disappointing set. But if you’re looking for where to sit, night two folks — Orchestra Right seats are your best bet to catch some good energy from the band.

There’s no question that Kaleo excelled in making damn good live music. From Son’s magnificent vocals to the jaw-dropping harmonica solos and guitar riffs, the band didn’t disappoint. They never played “All The Pretty Girls,” which is a bummer not only because it offers a brilliant vocal showcase, but also because it was 97.3 KBCO’s Record Store Day release this year (paired with Gary Clark Jr.). But hey, they have another full night in Denver kicking off this evening — and as with all two-night shows, we’re wondering how similar the sets will be. Regardless, this Icelandic band is sure to impress.