Review – Foster The People Need to Foster an Identity

Few bands have the ability to hit the industry the way Foster The People did in 2011 with their acclaimed debut album Torches. On the back of founder Mark Foster’s jingle-trained-hand came their infamous and rightfully inescapable Billboard #1 hit “Pumped Up Kicks.” While the album also spawned hits in “Houdini,” and “Helena Beat,” as a project, Torches was a singular expression of the band’s identity of well-crafted indie pop that burst with personality and heart. The projects that have followed, Supermodel (2014) and Sacred Hearts Club (2017) on the other hand, have increasingly offered more filler and a dearth of the band’s gift for creating indelible earworms. Foster The People’s Wednesday night performance at the Ogden Theatre in Denver was nothing short of life imitating art, a confusing and inconsistent portrait of a band that seems to be losing their identity. 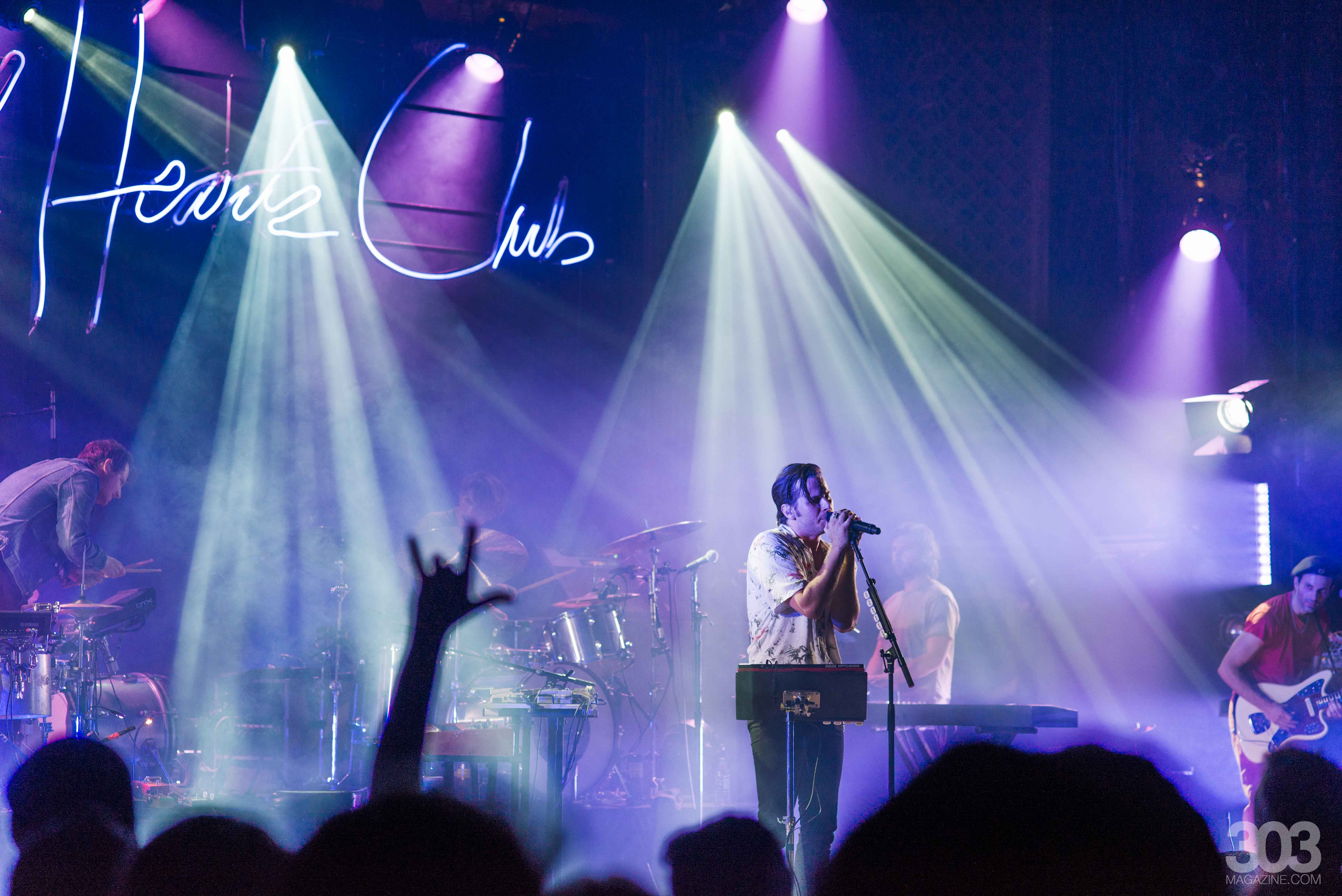 The night started off on the wrong foot, as Foster The People shakily began an out of tune “Pay the Man,” that only managed to right itself once the chorus came into play. Nervous glances between Mark Foster and his other bandmates only seemed to acknowledge the gaffe, but with the chorus by and large the most memorable aspect of that particular song anyways, forgiveness was easily dealt. Followed up with “Helena Beat,” was a night and day difference from the first song. The band led the crowd in a rallying performance that had near everyone dancing and shouting along to every word, and for a while after, the band seemed to hit a stride that perfectly mixed the new with the old. Even a particularly dazzling “Pseudologia Fantastica” emerged in the set list, which had the room enveloped in rainbows as the band demonstrated their apt musicianship. However, in an already hot and musty room, the performance began to derail in the string of songs following “Don’t Stop (Color on the Walls).” 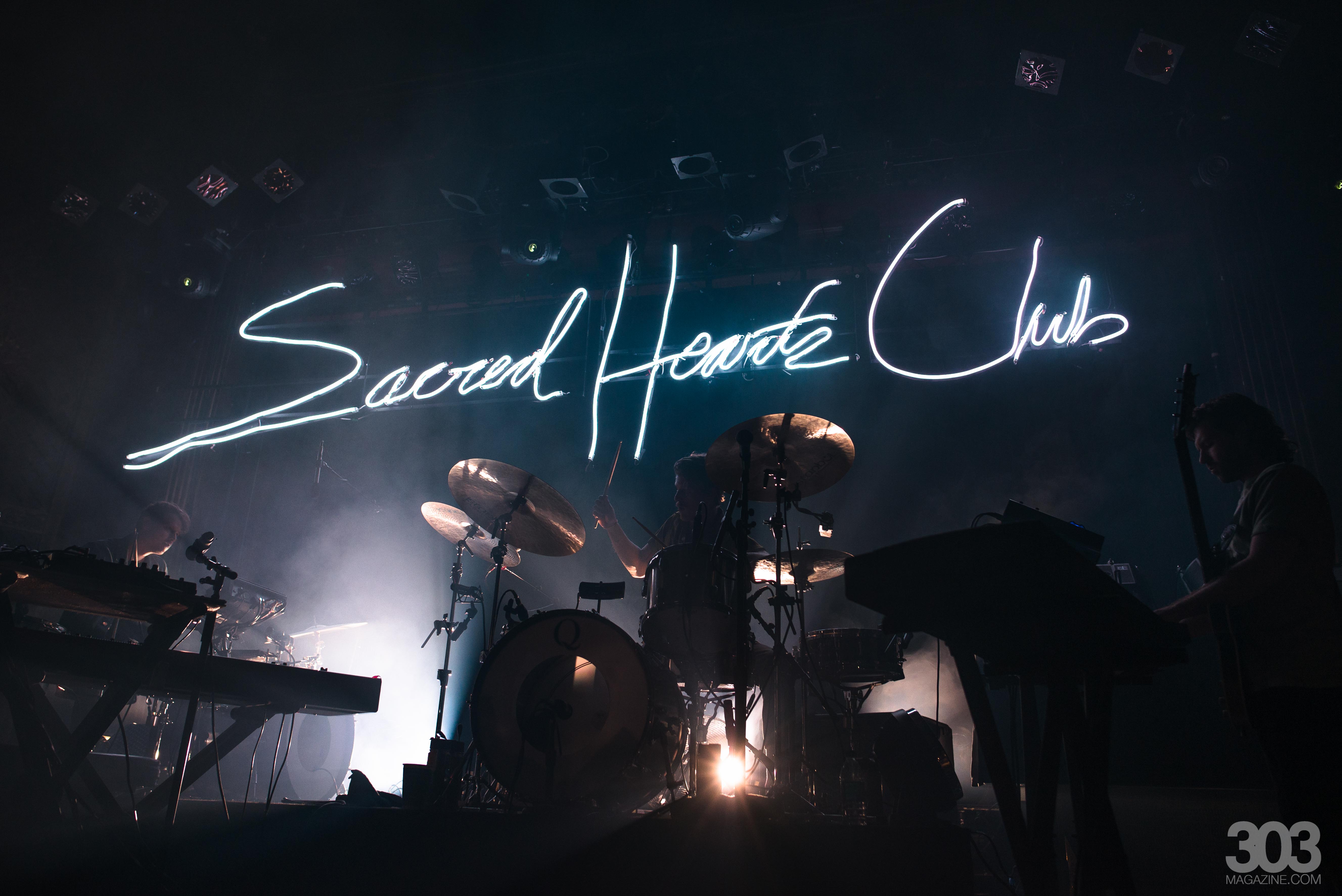 What began as Foster dressed like a greaser strutting the stage with a bit of braggadocio, contrary to his once-endearing shoulder rolls, evolved into a full-blown moment of completely unnecessary machismo. The dizzying “Lotus Eater” had Foster wailing and pounding on his chest in what seemed to be so uncharacteristic of the band that many, myself included, wondered what the point of it all was. As if to cater to the lowest common denominator of their newfound punk sound, “Lotus Eater” gave way to a cover of the Ramones’ “Blitzkrieg Bop,” which felt less like an ode to one of punk’s most iconic bands and more an ode to that one band in high school who you’ve long forgotten the name of, that happened to cover the same song at the school talent show. It was downright cringe-worthy and would have benefitted from never happening in the first place. However, it got significantly worse as Foster The People, later on, managed to procure a moment lacking so much self-awareness it was unbearable. 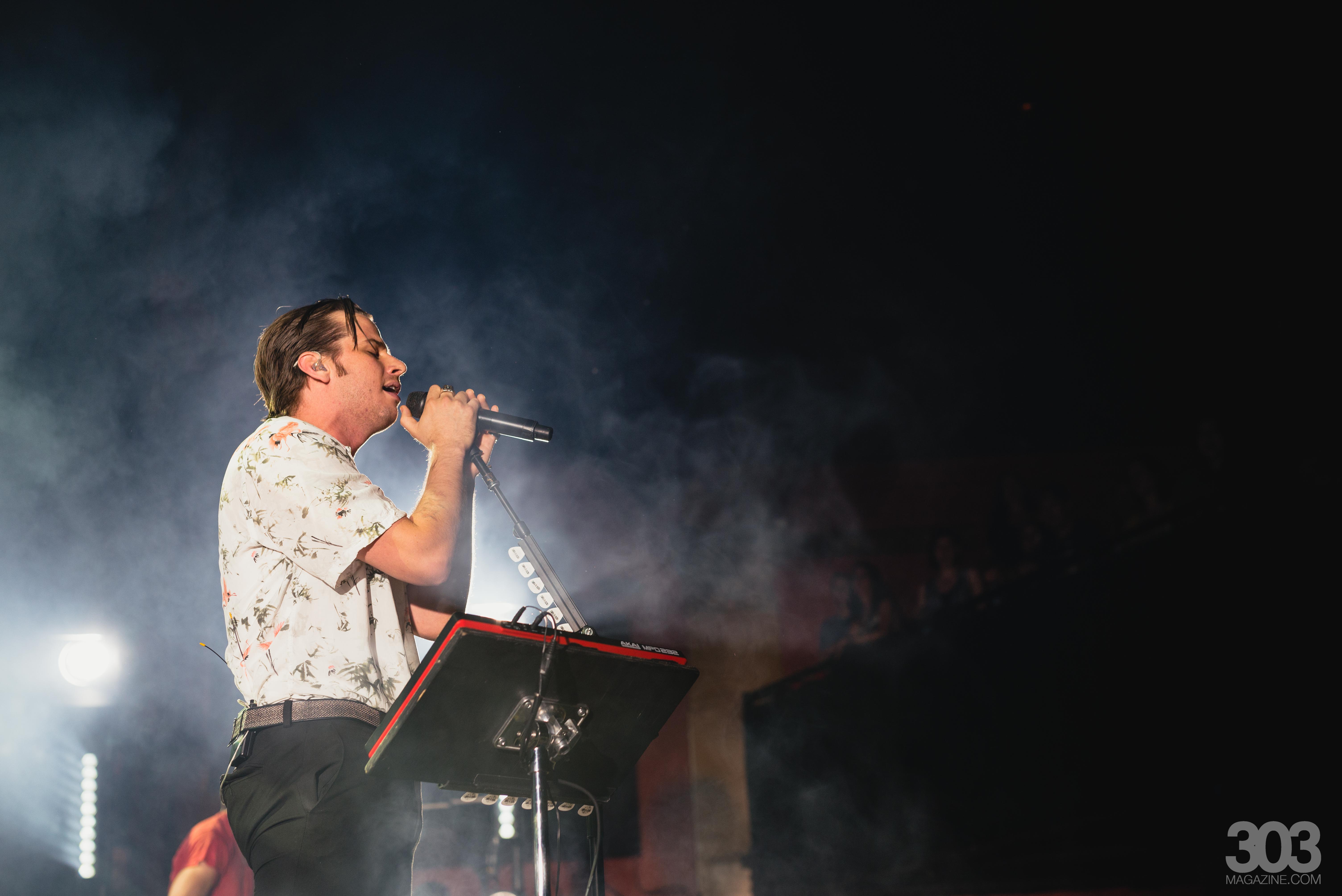 Mark Foster of Foster the People. Photo by Alden Bonecutter.

After a reprieve in highlights like “Coming of Age” and “Sit Next to Me,” which managed to return the band to some semblance of its former self, the set eventually settled on “Pumped Up Kicks.” For those who somehow don’t know, “Pumped Up Kicks” is a song about a school shooter made into a brilliantly buoyant tongue-in-cheek ode to the ills of society through the lens of irony. The song’s meaning is no secret, and one of the reasons the song is as effective as it is. It follows in the same vein of songs like “XO Tour Llif3,” and “Semi-Charmed Life,” where the ignorance of the moment is bliss in itself without the need for reminders of literal meaning to ruin it, which is regrettably what Mark Foster did. Foster prefaced “Pumped Up Kicks” with a truly jumbled yet uplifting speech about harmony and equality while decrying violence in the world and trying to combat depression with joy. Foster The People consequently launched into the most miserable moment I’d ever experienced at a concert. Besides looking dramatically destitute on stage in attempts to convey a completely unnecessary point, the moment felt like someone had spoiled the punch line to a joke and then forced you to listen to that very same joke. A brave few danced, but the overwhelming majority of the audience stood around not knowing what to do with their bodies.

By the conclusion of the show, while there had been great moments, the latter half was so completely off-putting it was hard to enjoy the show as a whole — even the exceptional one-two punch of “Houdini” and “Call It What You Want” as encores couldn’t save the show. For a band that thrived in its ability to nuance meaning through catchy lyrics and melody, as well as their once quirky and cool image as a band, so much of their performance felt fabricated. There were plenty of songs the band shined on, and even the inclusion of songs like “Best Friend” and “I Love My Friends” could have made the performance more consistent with the identity Foster The People has built. However, from the band’s dress to their attitude, execution and even set list, the performance seemed to straddle a pitfall the band couldn’t help but dig themselves deeper into. A pitfall of fleeting identity.