Review – Foreigner at Red Rocks Felt Like the First Time

Ever sat in the greatest venue in the world rocking out to hit after American hit? We did on Monday night, thanks to Foreigner and Cheap Trick’s performances at Red Rocks. The two groups proved that even after four decades of perfectly calculated chart-topping bangers, they can still sell out Denver and wow the crowd with rock star antics.

This tour marked the 40th Anniversary for Foreigner, the impressive number was displayed all over the amphitheatre and the band’s merchandise for the evening. Unfortunately for fans, smoke from our northern and western neighbors has reached our beautiful landscape and the rolling hills of Morrison were covered in a muggy haze. Even the sun fading into a red-orange moon was difficult to see behind the gray sky. 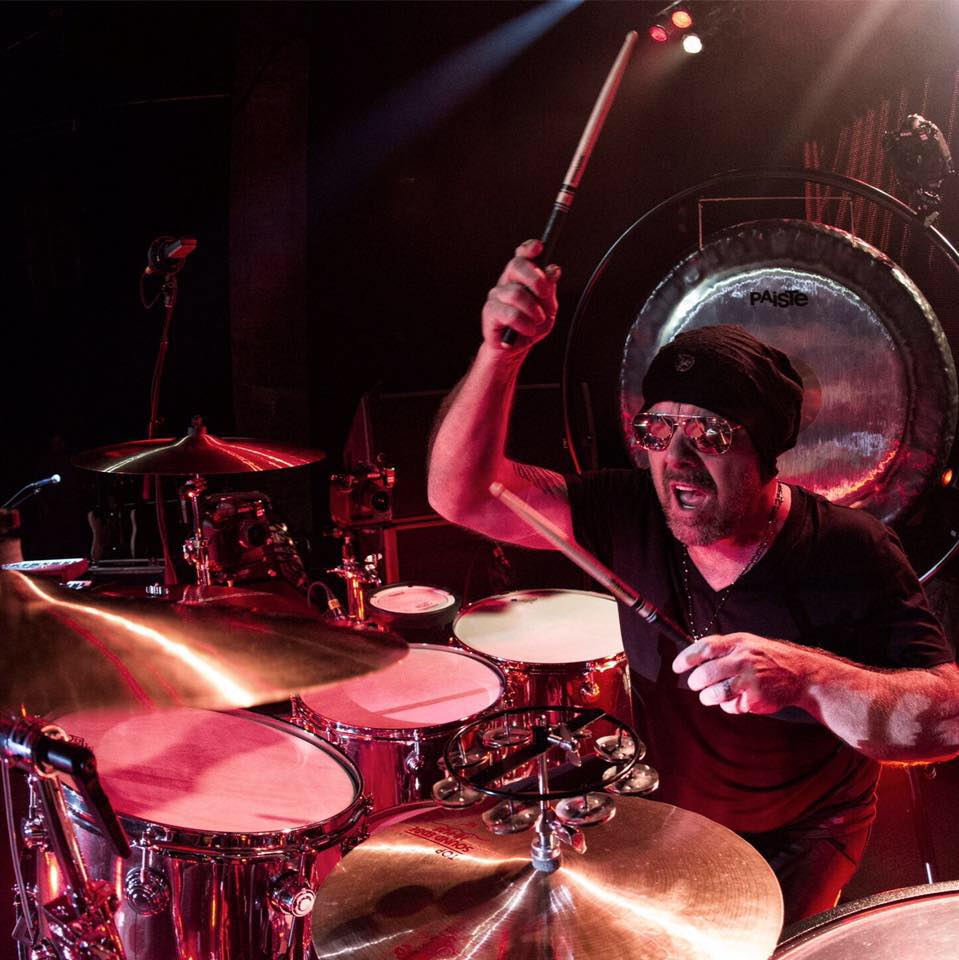 The first act of the night was exciting for the classic-rock fueled evening. Jason Bonham, son of legendary Led Zeppelin drummer John Bonham, brought his Led Zeppelin Experience out to perform some of Zeppelin’s most iconic tracks. Bonham took to the mic to emphasize the importance of the fan-base for a project of that nature, stating “these songs deserve to be played” in between licks like “Immigrant Song” and “Whole Lotta Love.”

Right at 8 p.m., Cheap Trick began their portion of the night. The band came in with some of their more recent songs, possibly leading to a buildup to their landmark titles in the back half of their set. Lead vocalist Robin Zander, who is very much still alive, wore a white jacket accessorized with enough sparkle to deflect from the foggy air around him. Confirming the performance as their seventh at Red Rocks, the band looked right at home on the Colorado stage. 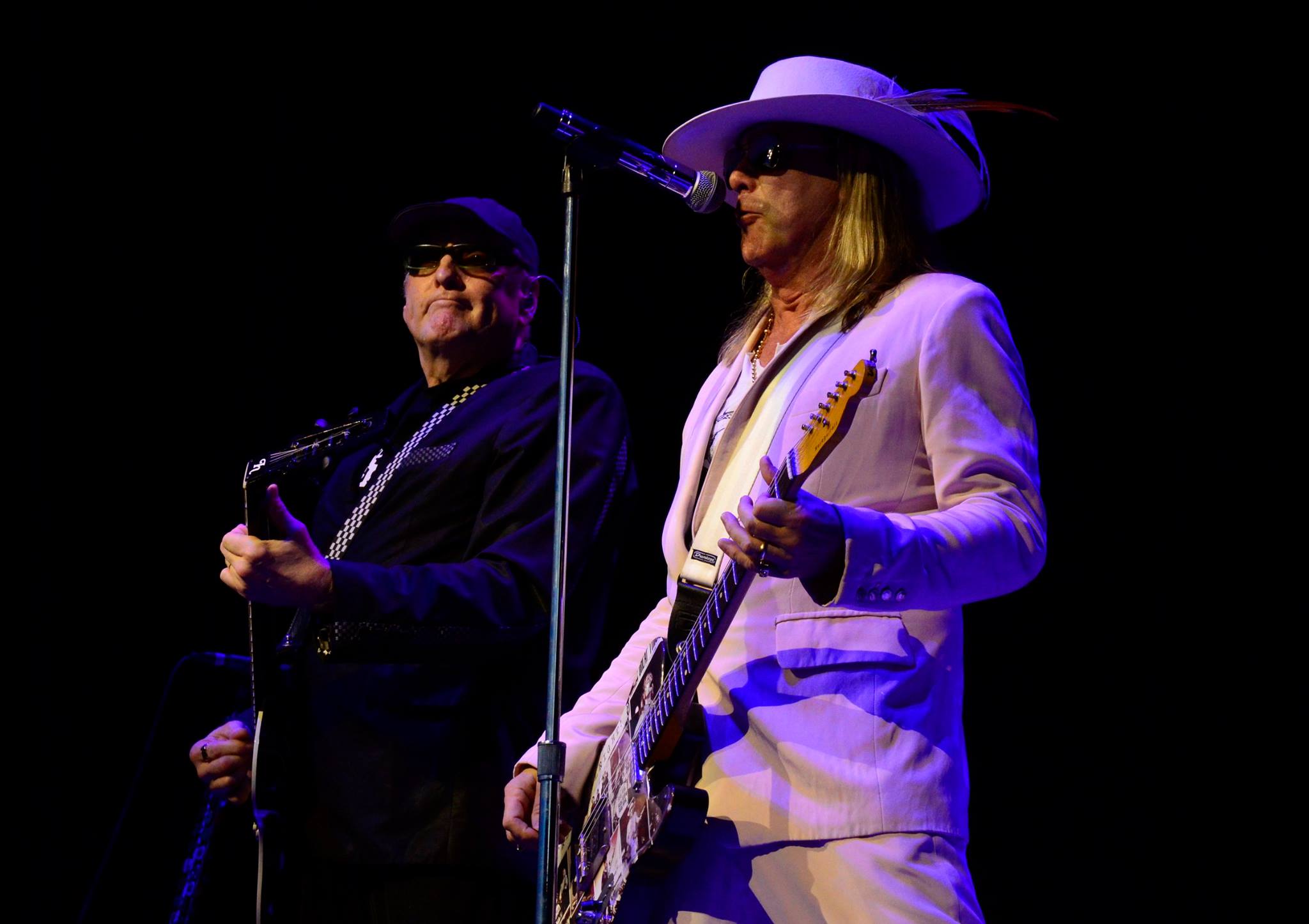 Having come out with two albums in the last 18 months, the group’s newer material was certainly showcased and did not disappoint. It is always a skeptical ear that takes on new tunes, but “Blood Red Lips” from 2016’s Bang, Boom, Crazy…Hello fit right in with the rest of the track listing, including mega-hits like “The Flame,” “I Want You to Want Me,” “Dream Police” and “Surrender.” By the end of their set just after 9 p.m., Zander was sporting a second diamond encrusted jacket as Rick Nielsen rocked a Hamer five-necked guitar.

Unlike their predecessor, Foreigner came in hot with the classics. Or, perhaps, that is just all Foreigner has to offer. “Double Vision,” “Head Games” and “Cold as Ice” were the first of their set, and there were no bodies standing idly.

“Everybody in the industry wants to play here, not because of the venue itself, but because of the people who fill it,” said lead-singer Kelly Hansen before darting into the crowd.

“Waiting for a Girl like You,” welcomed the voices of the patrons singing along in the audience. Hansen announced this show marked the 38th of their 40 date tour, a large feat for anyone. The singer playfully offered the crowd a choice with the next song, promising that whichever gained the loudest praise would be performed. Between “Blue Morning, Blue Day,” “That Was Yesterday” and “Headknocker” the obvious choice was the first option, and “Blue Morning, Blue Day” was flawlessly executed. 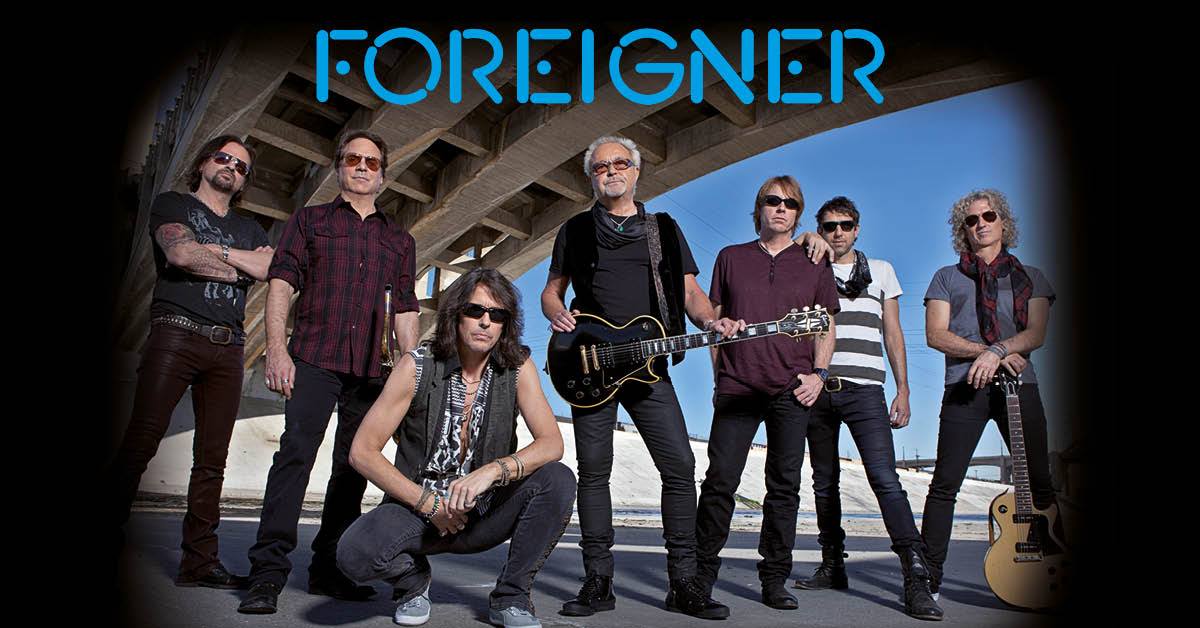 “We got some dirty white boys up here!” sang out Hansen, offering a clue of the next track, and, you guessed it, “Dirty White Boy” was played. Even with the dark and ominous feeling from the smoke, the night did not disappoint in beauty and the Red Rocks sound was at the top of its reputation. “Feels like the First Time” and “Urgent” sparked guitarist Thom Gimbel to break out his saxophone and pour some sweet audio sugar out over the fans. Hansen then introduced the entire band, including founding member and Grammy winning lead-guitarist Mick Jones.

The band then did a rarity at Red Rocks, which is hard to do at a venue that will host more than 100 shows this summer. For “Juke Box Hero” Hansen was hoisted up high over the crowd on a small platform while the band remained on stage, causing the audience anxiety as he danced with full confidence of someone on solid ground. The nerves calmed as the music came to a close, and the lights of the encore brightened up the starless sky. Even 40 years later, the musicians proved that once a rock star, always a rock star and that Red Rocks will always feel like home to some.