Review – Buckethead Chomped on the Gothic Like Kentucky Fried Chicken

When you see a name like Buckethead on the marquis, you know two things. First, the live show will be one for the books and second, the audience will be rapturous with excitement. The mysterious guitarist, real name Brian Patrick Caroll, took the stage at The Gothic Theatre in his standard Mike Myers inspired mask and KFC bucket hat. His cult following was tightly packed on the ground below him.

The Gothic is not a large venue, so seeing such a historic contributor to music there was an intimate and exciting feeling. Someone like Buckethead has little need for openers, so his show on Saturday night skipped the unnecessary warm up and cut straight to the chase. Along with Brain (who, like Buckethead, previously played with Guns N’ Roses) on drums and Brewer on bass, the trio kicked things off promptly at 9 p.m. with a lengthy vintage-eqsue recording. The sample played on for nearly 5 minutes, which, if there were a bad portion of the night, that would have been it. After a while, it started to feel as if the musicians were postponing their performance. Alas, they eventually made it on stage and dove right in unleashing the fury of talent that everyone expected. 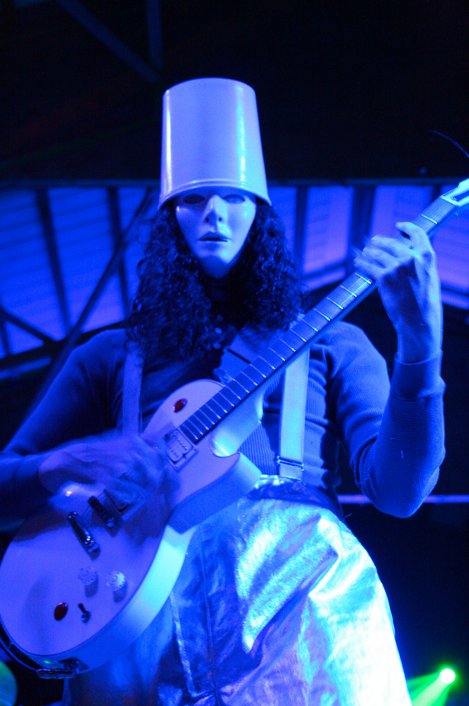 Now, when you see Buckethead, his appearance can be soothing and intimidating at the same time. This new emotion sets the tone for where the music is about to steer your mental state. Caroll stands at 6’6″ — towering over his company on stage. With his mask shielding his facial expressions, it is hard to identify if he is enjoying himself — which can feel strange in comparison to most performing acts who exude appreciation in their face and in spoken sentiments to the crowd. However, the systematic “square dance” that flickered through portions of pristine jams was proof enough that he was having as good of a time as anyone else.

Those dance-prompting jams were perfection, a brief insight to an ungodly deep discography that one night could never begin to skim. Having released 300 albums, Buckethead has accumulated a craft that remains untouched by competitors and an ability to move a room full of people without a charismatic stage presence or charm. During any break in the production, waves of screams and cheers were audible and many fans flailed from the railings guiding the Gothic Theatre’s VIP section. 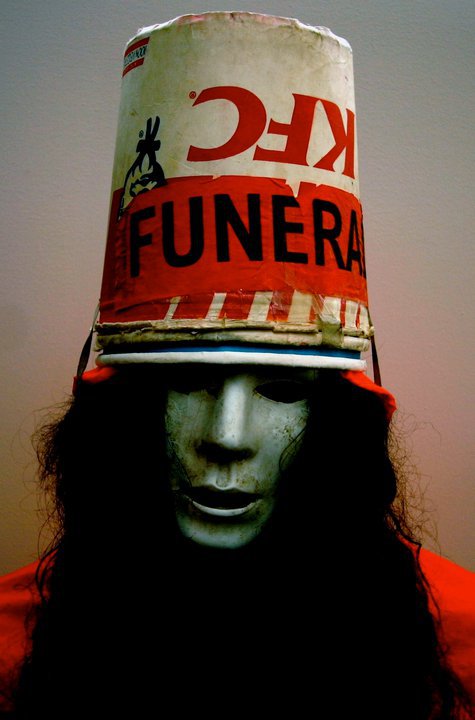 In Denver, there are much larger, well-known venues than the Gothic, however very few of them could give the feeling of closeness that was felt last night. Being near someone like Buckethead, a virtuoso in his field, is powerful. As he moved his fingers up and down his Gibson Buckethead Signature Les Paul, one gets a feeling that, even in the audience, they are a part of something. A part of the hours he must spend configuring the combinations that form songs that he’s played with Les Claypool, Iggy Pop, Bassnectar and other greats. Witnessing such a maestro is an accomplishment nearly equal to conducting the production oneself, and will serve as bragging rights around the water cooler come Monday.