“You have to see Phish,” they tell me. “They sound amazing right now. They’re the best band out there.”

Everyone I know — people whose taste and opinion I respect and value, friends and family alike — insist that Phish is currently in their prime, 34 years into their career as a band. Now, I haven’t seen Phish since 2011 (or was it 2010?), and it seems they’ve been quite busy over the last half a decade or so. Coming off of their outrageous 13-night residency at Madison Square Garden, where each night was the theme of a different flavor donut and no song was repeated, Phish blew into Denver for the three-night tour finale this past weekend at Dick’s Sporting Goods Park.

I had the good fortune to attend the final show of the tour: Sunday Funday. And, as those good ol’ Vermont boys took the stage, what started as a mildly stressful day of scanning news headlines melted away into Phish-y goodness. 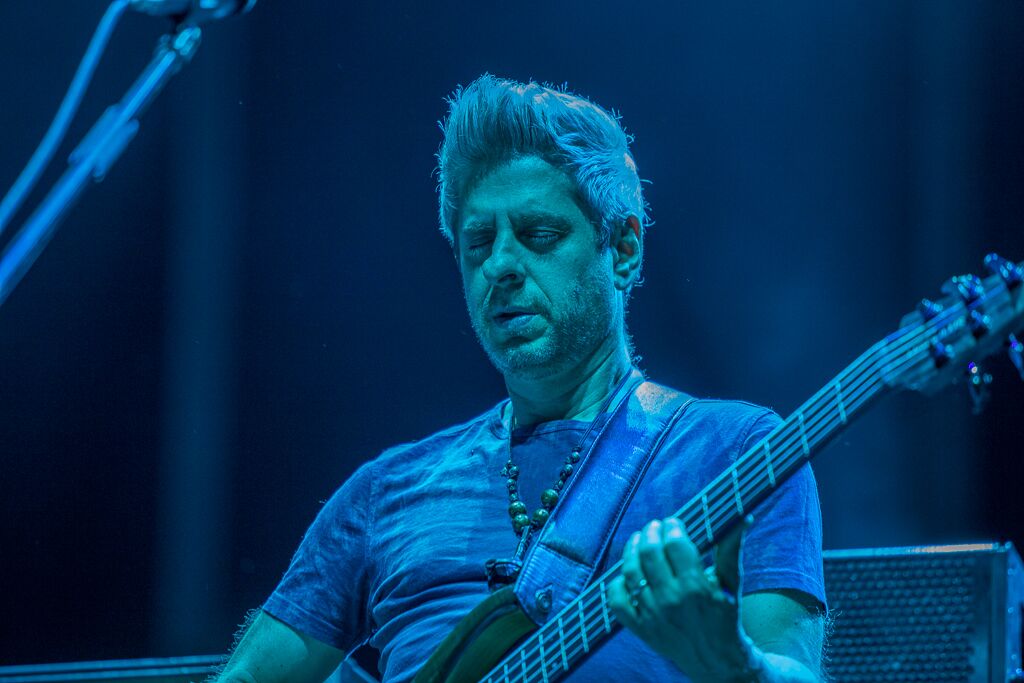 In anticipation of my first ever “Phishdicks,” I recalled Phish shows of my youth from the East Coast, conjuring up memories of the teeming crowds on Shakedown Street, the scent of sizzling grilled cheese sandwiches perfuming the air. Shouts of vendors hawking everything from heady crystals and ice cold craft beer to less legal substances echoing throughout rows of E-Z Ups. Jovial bearded dads donning witty Phish tees, no doubt purchased out of a backpack in a parking lot of their hundred-and-something show. Hippie chicks with pit bulls on hemp leashes, dreadlocks piled high into a beehive laced with fake flowers. Whether or not you like the band, the scene is undeniably pleasant. To quote the Grateful Dead, “Strangers stopping strangers, just to shake their hand.” People being truly kind to one another, just because.” Sunday night’s show at Dick’s oozed with pleasantries, from the sunset to the set list.

Despite everyone’s insistence that Phish is better than ever right now, I thought Phish sounded, well, just like Phish. Just as I’d remembered them, high school nostalgia and all. Which isn’t a bad thing; they’ve always rocked. While some songs rock way more than others (I heard I missed a heavy-hitting “Carini” on Friday night, which was always one of my favorite dark jams), Phish — as a whole — is a dynamic band. Their ability to take a classic song such as “Down With Disease” down a deep, spooky 20-minute psychedelic tangent, then transition seamlessly into some soft dad-rock jam is impressive. It’s impressive even if that dad-rock jam is one of those self-indulgent, well-meaning Trey Anastasio tracks that a devout Phish fan friend of mine jokingly described as likely being written after an inspiring trip to a Hallmark store. 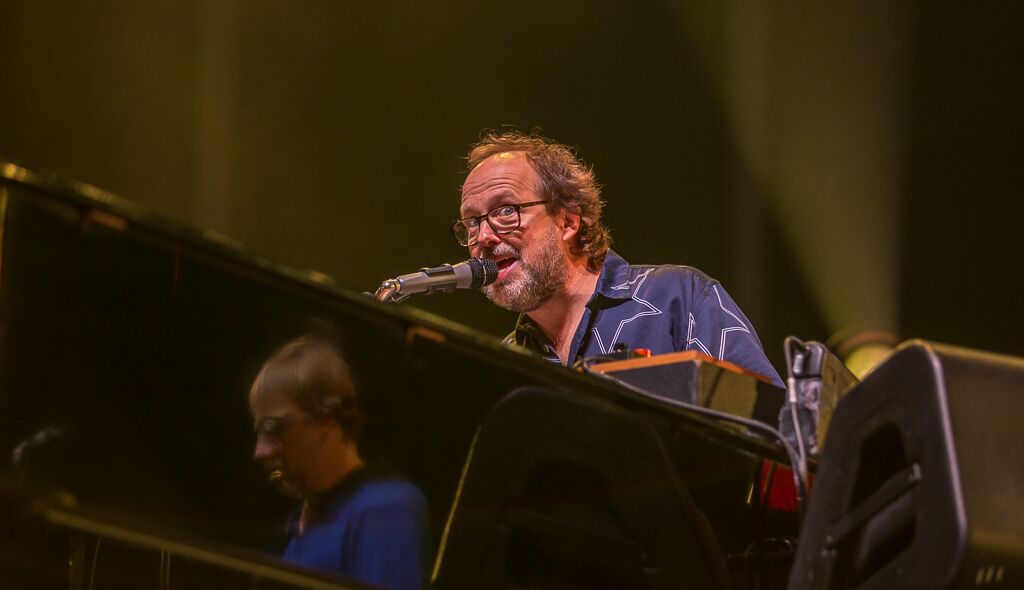 But that’s what makes the Phish the Phish: their broad range of skills and talent, spliced with something so strange, that only this band could get a crowd of 18,000 people to sing along to a song about a meatstick. From their rarely played gems like “Buffalo Bill,” which kicked off Sunday’s show, to crowd pleasers like “Moma Dance,” to a long and tinkling “Bathtub Gin” to close out the first set and a funky ass “2001” to shake up the second… Phish just rocks. They do their Phish thing and they do it well. A thing so uniquely Phish-y, that only Phish can do it. 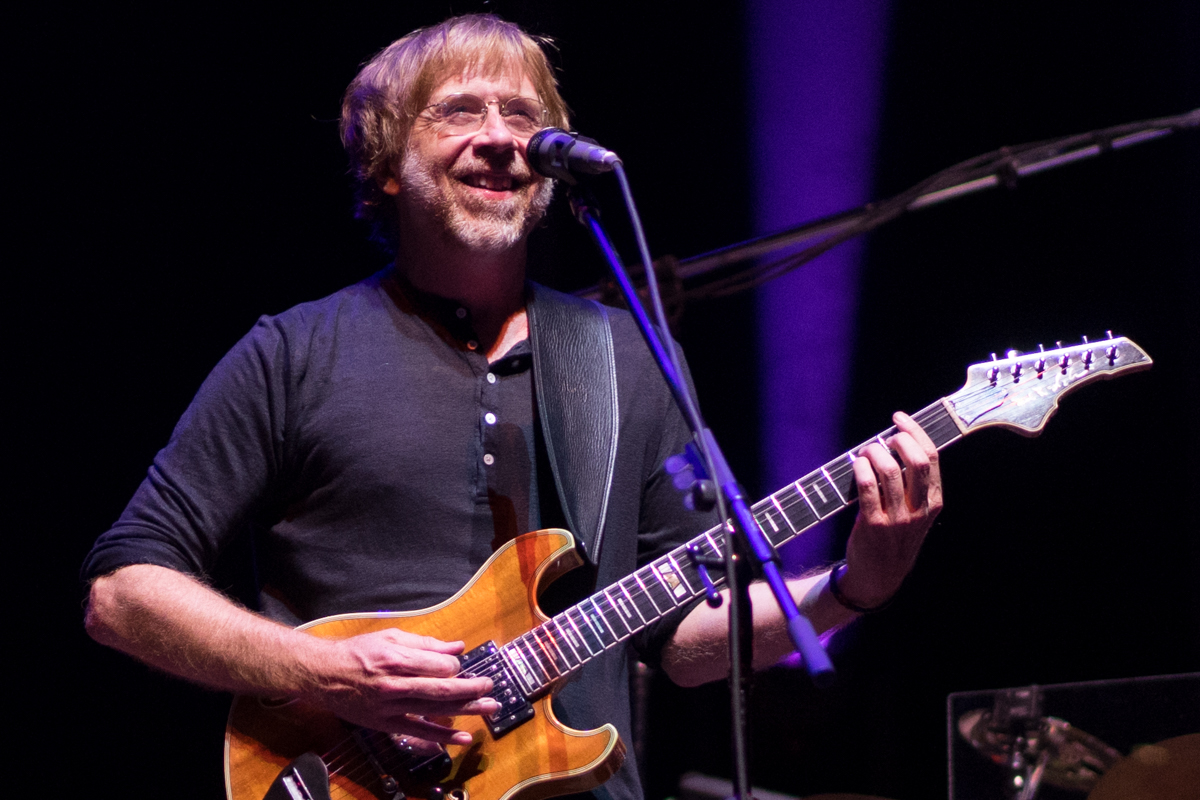 And the encore of “Waste” into “First Tube” punctuated the show perfectly, demonstrating again the incredible range that Phish possesses: playing a song so sweet and whimsical (I do have a soft spot for the Billy Breathes album, which I listened to on repeat for an entire summer once) straight into a raunchy and sinister rendition of a classic.

In a nutshell: I started my Sunday reading about North Korea building nukes, and ended my day watching thousands of people endearingly tossing glow sticks around during “Piper,” at which point all was right in the world. Phish has the ability to make things like the threat of nuclear war okay, and that’s a pretty incredible party trick, if you ask me.

All photography by Ryan Lewis and Kiddest Metaferia. 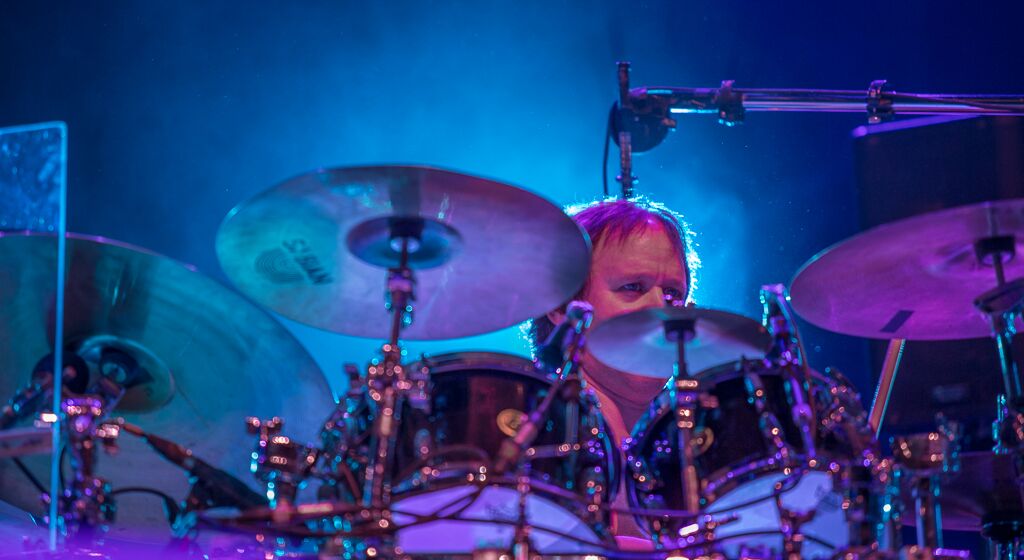