Red Rocks will see more shows this year than any other year, but there is only one show that promised to bring an authentic New Orleans party to the historic venue — and that show was Trombone Shorty. The legendary bandleader was not only accompanied by his fantastic Orleans Avenue band but also openers The Record Company and Jamestown Revival. 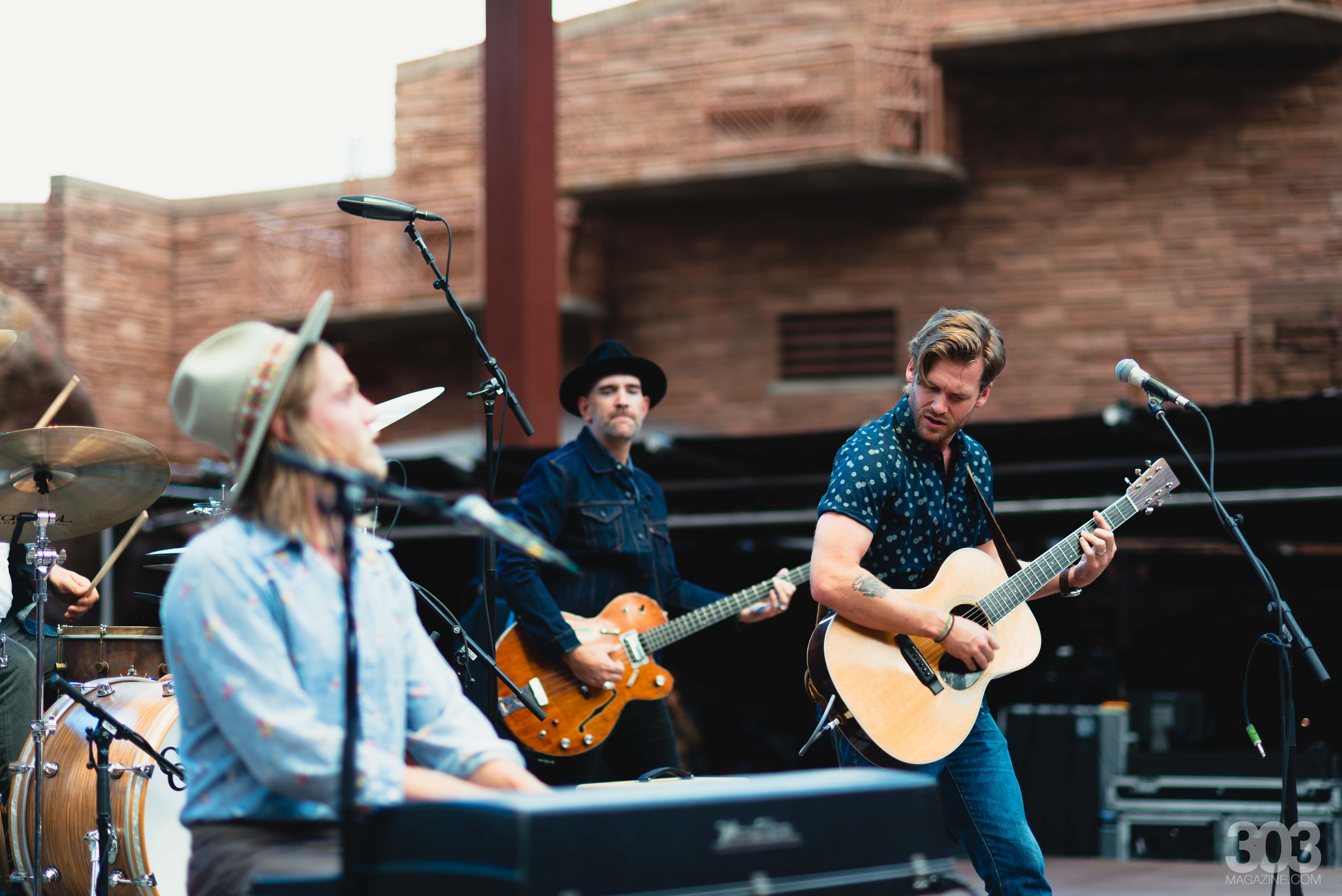 Despite the recent rain in the area, Wednesday night was the perfect evening to lose one’s self at 6,400 feet. The opening bands got the crowd loose and limber, which turned out to be a great thing given the raging dance moves that were expressed throughout the evening. The Records Company seemed to have brought in their own fan base, with voices from the crowd yelping all the lyrics to their tracks, which included a delightfully unexpected “Sabotage” cover by the Beastie Boys. 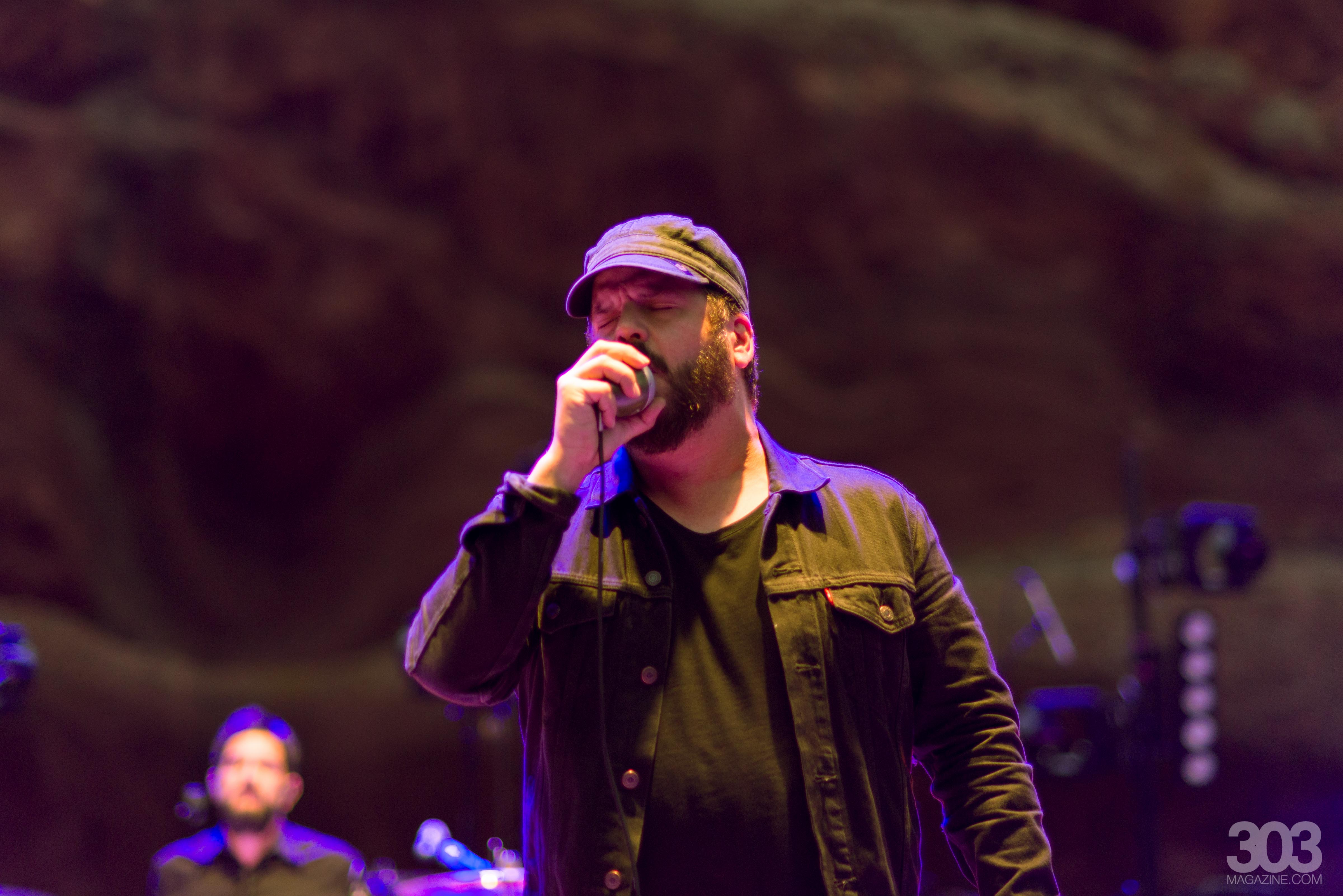 Around 9:30 p.m., several musicians took the stage to gear up and kick off the main set. The band started with a heavier number — one that almost sounded like metal. The bright lights flashed and the band jived around, and then he emerged, gleaming as every bit of brass god that he is. Trombone Shorty trolled onto the scene in all white and his classic sunglasses. Carrying his trombone in one hand and trumpet in the other, he raised both over his head and embraced the screams of his Red Rocks audience. 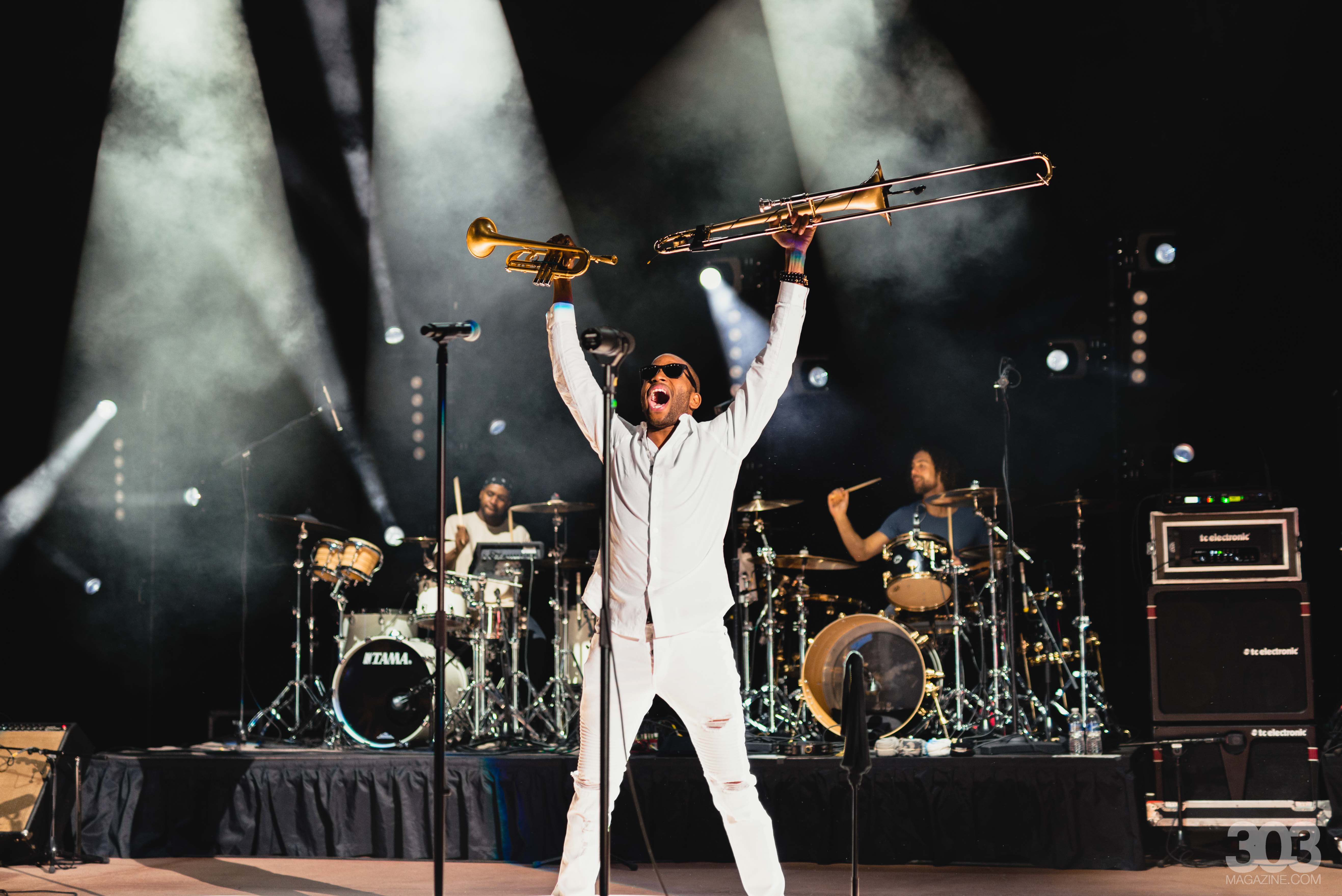 He threw his glasses off and dove into “The Craziest Things,” “On Your Way Down” and “One Night Only.” While Shorty is the first to come to mind musically when seeing this act on a bill, each member of the band stole the spotlight at one point or another throughout the show. Seemingly endless guitar, drum and saxophone solos were woven through the tracks. At one point bassist Mike Bailey circled around the stage area, strumming his deep chords in a fury that sent him to the floor, feet up and left the crowd in a hysteric roar.

“Can you feel the funk all the way from New Orleans?” said a breathless Shorty to his first headlining Red Rocks audience.

“Where It At?” off of his newest album, Parking Lot Symphony, was truly the show stopping track of the evening. The song in itself is worth the dirtiest of body contortions, but this live rendition took a break mid-song to turn the tempo down to the tune of Juvenile’s “Slow Motion” —  which included a gritty get down with the auxiliary percussionist. Just as everyone thought the the quirky covers were done, the band burst into a shockingly delicious “Give It Away,” this time featuring baritone saxist Dan Oestreicher spitting the quick lyrics in one of the most unusual but satisfying sights in all of live music. After the second wild tribute, the group got back into formation and finished out “Where It At?” at maximum power. 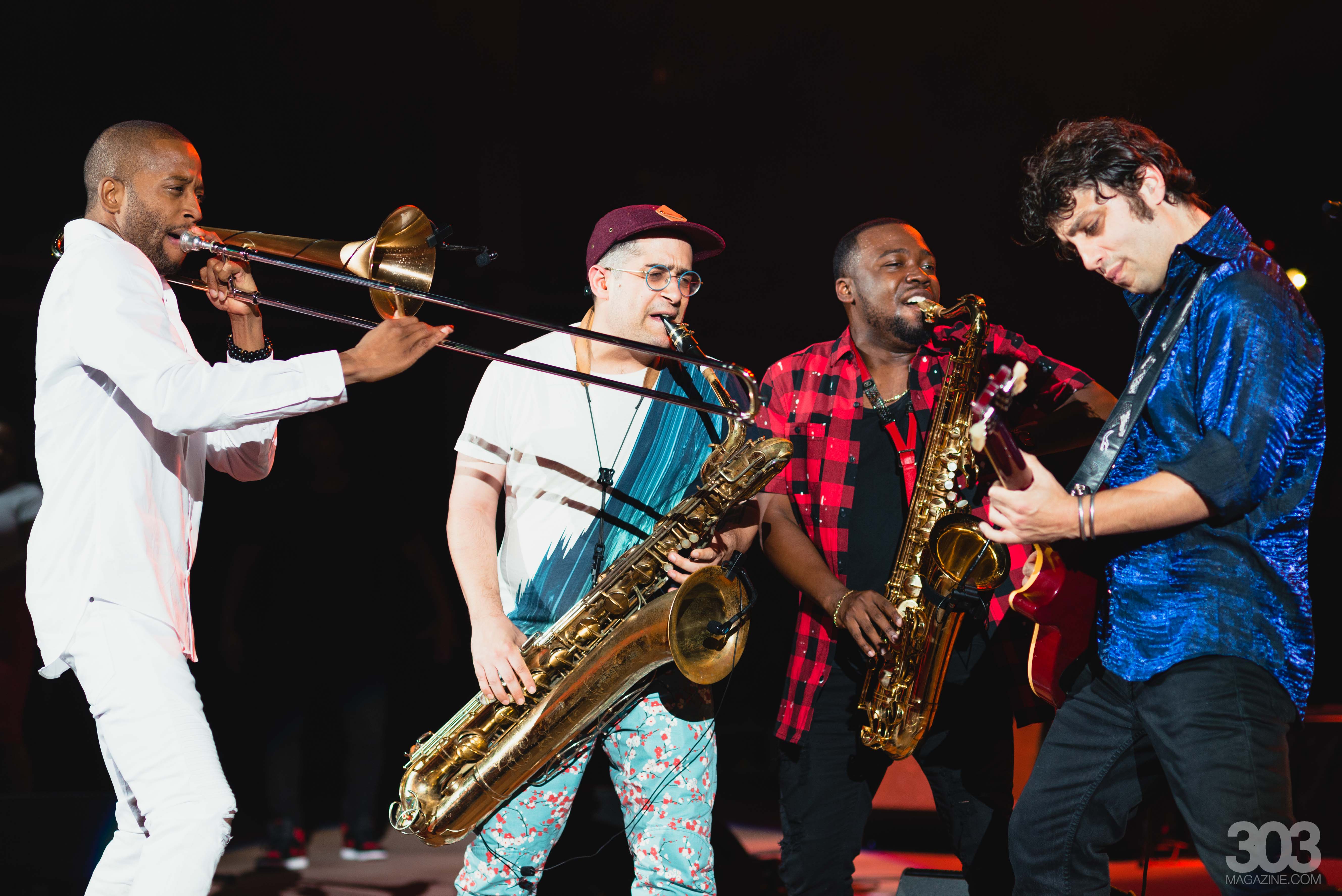 Shorty finally showcased the backup singers next, which bore witness to the most impressive section of vocals from the entire night. A montage to James Brown followed, featuring covers of “Get On Up” and “I Feel Good.” Through a cover of Kool & The Gang’s “Get Down On It” the band again made rounds in guitar, saxophone and bass solos, showing once and for all that there is no one shining beam of light in their performance. The group’s first headlining Red Rocks night had proven the end of the bill is where they belonged all along, and we can’t wait for more to come.