Google the phrase “country music’s royal couple” and the first image that shows up is Tim McGraw kissing Faith Hill while grabbing her ass. This is not a one-off moment. The married couple showed the same unashamed PDA towards each other at the July 31 performance of their Soul2Soul tour at the Pepsi Center. The entire concert was a flirtatious dance between the long-time couple, building tension and anticipation to the fulfilling moment when the boy kissed the girl. And then grabbed her ass.

This wasn’t the couple’s first time together on the road. They met while on a joint tour called Spontaneous Combustion in the spring of 1996 and were married October of the same year. In 2000, they took to the stage in unison for their first Soul2Soul tour, becoming the most attended tour of the year in any musical genre. The tour enchanted audiences again in 2006 when Soul2Soul II became the highest grossing multi-year North American tour in country music history. The couple picked up where they left off after a 10-year break from touring together, singing their country classics intertwined with new songs premiering on their upcoming duets album. This was show number 43 since the tour launched in late April. The couple is spending two nights performing in Denver before continuing on to 35 more stops before the end of October. 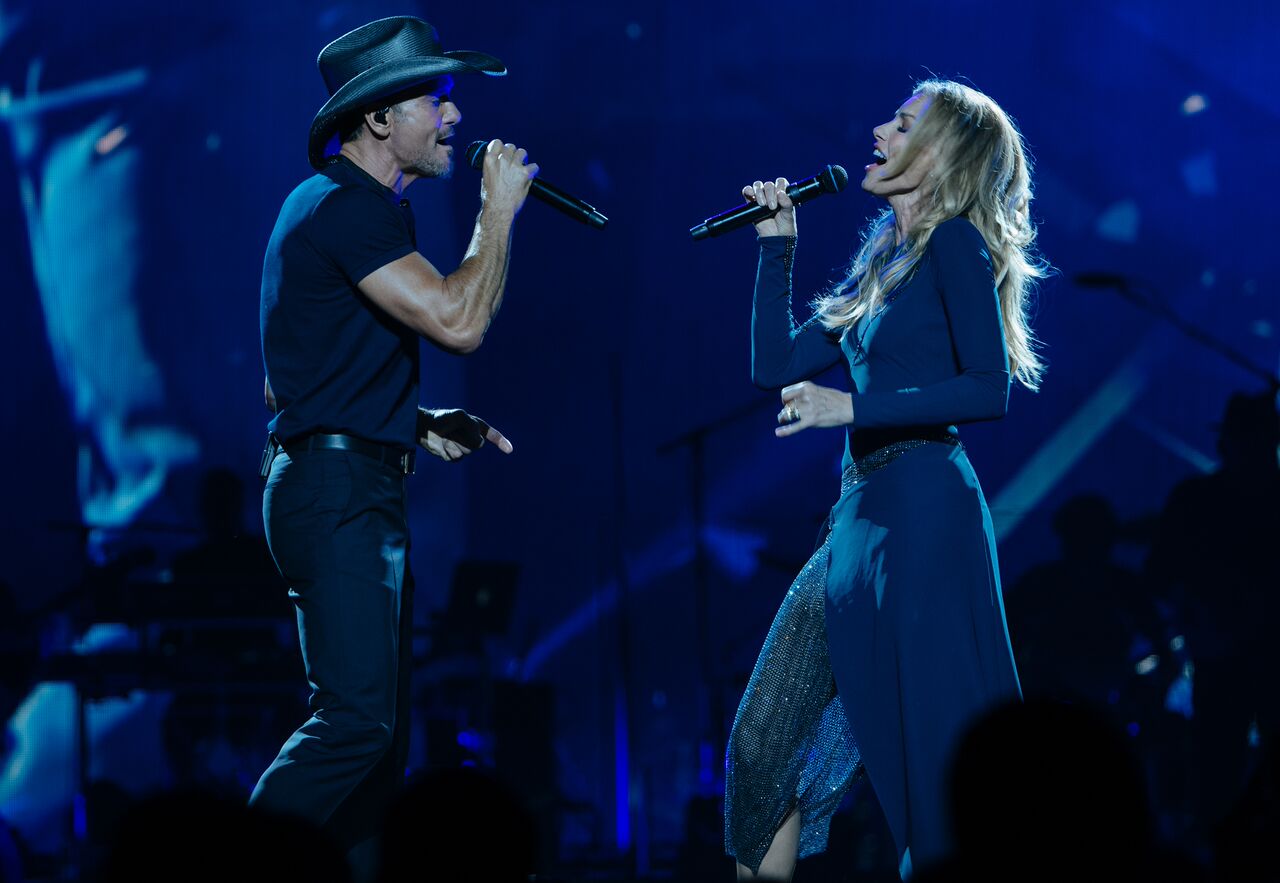 Photo of Faith Hill and Tim McGraw by Becky Fluke

To begin the show, the lights dimmed as “We Are Family” by Sister Sledge played and brought the crowd to their feet. The excited audience counted down from the minute marker on the screen, growing louder and louder with every second that passed. A ground-shaking eruption of screams and applause filled the air as the couple rose from beneath the stage. McGraw sported tight pants, a matching shirt and his signature black cowboy hat, an appearance trampled by Hill’s layered blue and shimmering dress that split up to her hip.

The first part of the performance was an energetic montage of duets, starting with a cover of Aretha Franklin’s “I Knew You Were Waiting (For Me).” The couple sang to the audience from opposite sides of the stage, slowly moving towards each other. Hill’s powerful vocals and dazzling movement across stage captivated the audience, even bringing her husband to his knees when he turned to sing to her. The pair slowed it down with a debut of a new single, “Break First,” a standout song about a couple in a disagreement, figuring out who is going to “break first” and offer forgiveness. Hill kept tension at the end of the song, her and McGraw holding tense eye contact. But McGraw broke, smiling to ease the tension.

As the evening continued, McGraw and Hill exchanged the spotlight, performing their most popular hits, including McGraw’s “I Like It, I Love It” and Hill’s “The Way You Love Me.” McGraw’s smooth twang was easily overpowered by Hill’s strong vocals during parts of their duets, but the pair remained a unified front, convincing the crowd of true harmony both on and off the stage. Both McGraw and Hill moved around the stage as true country music royalty, greeting their adoring kingdom. 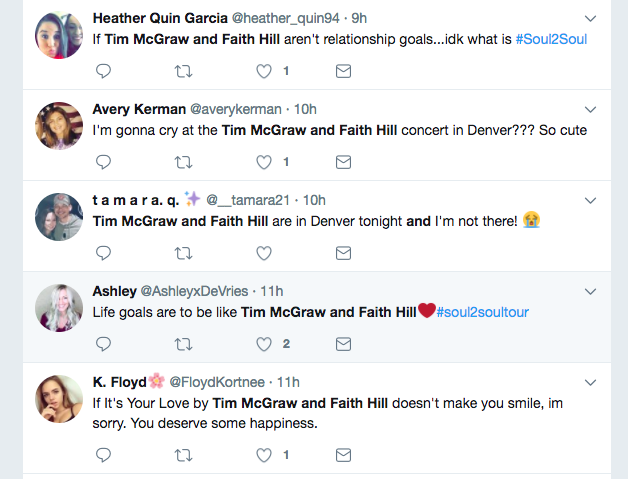 McGraw went backstage for a few songs, putting the spotlight solely on Hill. The country star moved about the stage, seeming to push country aside for a few moments while she took on a rock star persona. The head banging, stage stomping and hair flips turned back into the soft, country “Breathe” classic from the star. Though Hill hasn’t toured for 10 years, she proved to be well-rehearsed, hitting every note in the vocally-demanding song. Each lyric was sung with conviction and emotion. Hill left the stage after singing “Piece of My Heart,” leaving the crowd with rooted energy.

McGraw took the solo spotlight, performing the classic, “Real Good Man,” and continuing to add to the energy left by Hill. After singing the first line of “Live Like You Were Dying,” the sound of the audience singing along almost overpowered the artist. After a few more songs, the couple was reunited on stage, singing “It’s Your Love” as family photos of the couple and their three daughters showed in the background. The song ended the set with that affectionate kiss. “Just one more,” McGraw begged after Hill pulled away. As she leaned in, McGraw took the chance and let his hands wander. “Life goals are to be like Tim McGraw and Faith Hill,” audience members exclaimed on twitter. The country royalty captivated their music kingdom with a show centered around a love that has grown for over 20 years.