On August 10 and 11, Pretty Lights sold out Red Rocks for a performance with a live band. Celebrating eight consecutive years at Red Rocks, he bridged the decade with early releases and brand new music alike. Fans young and old crowded the historic venue in anticipation, waiting to see what this year’s tour had to offer. 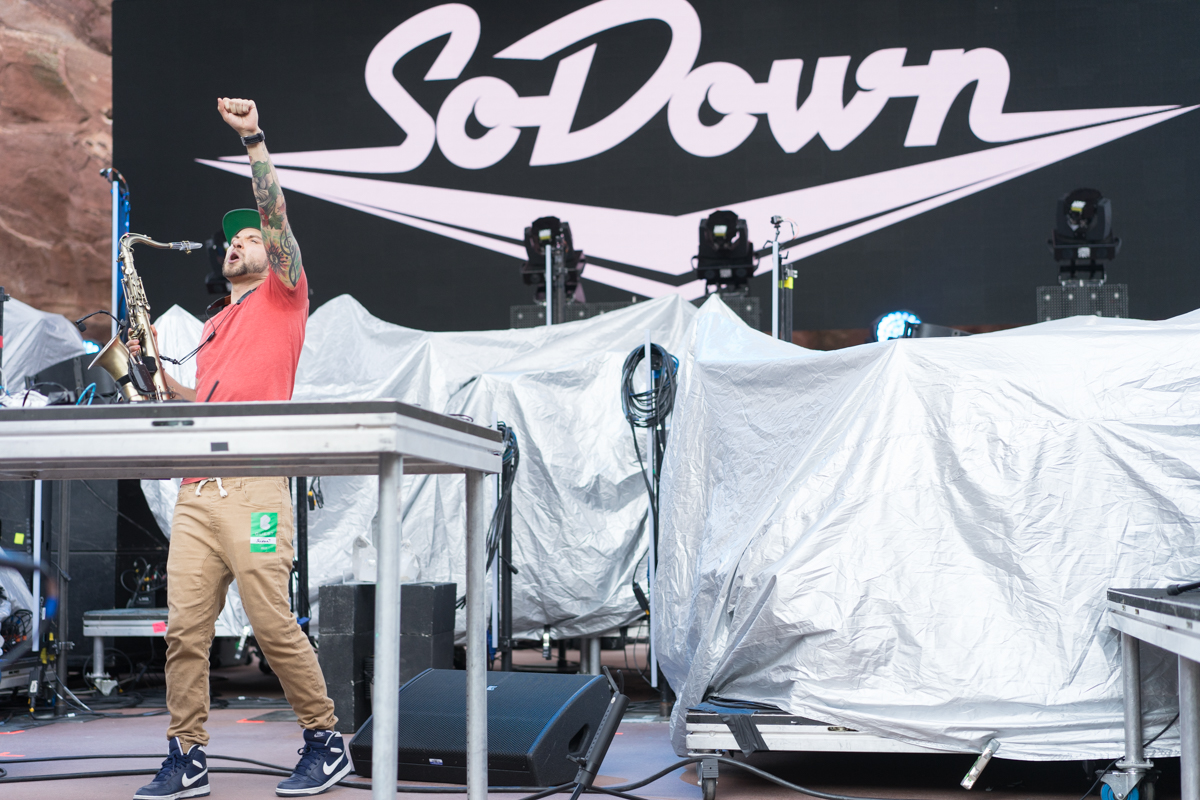 SoDown received a welcome of a lifetime opening night one as the crowd of Red Rocks instantly stood to their feet with the mention of him hitting the stage. The smooth notes from his saxophone complimented the rhythmic groove of his mixer perfectly — even security guards became victim to the groove. SoDown’s first time at Red Rocks has proven that it certainly will not be his last.

Manic Focus wasted no time hyping the crowd as they brought out a guest rapper and singer from Chicago. Calibrating sounds of classic hip-hop with heady jams and heavy bass which flowed with ease as they switched in and out songs fluidly. The sound of the violent solo followed by deep house go-go echoed on the rocks leaving rooted chills of excitement. 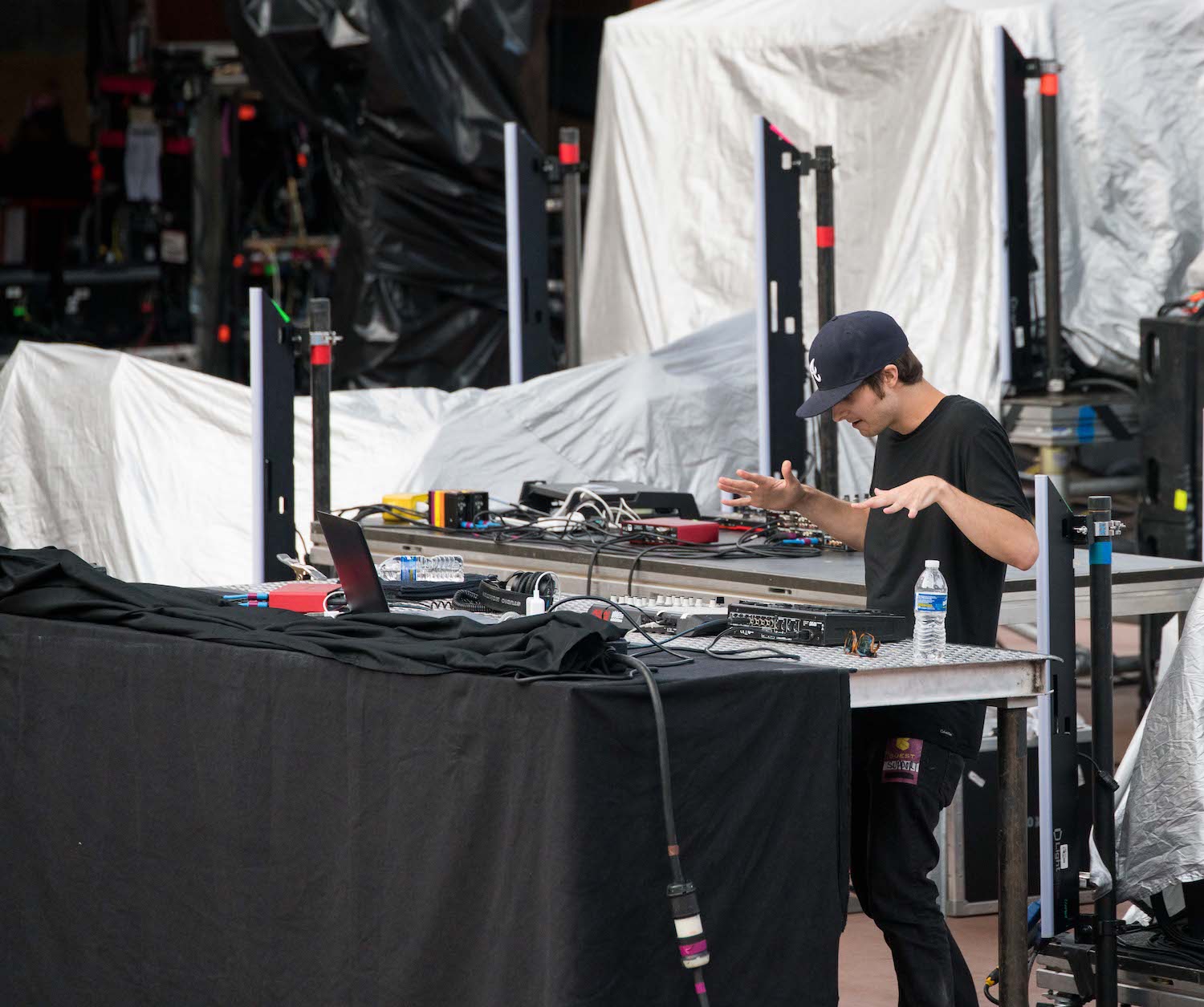 Daily Bread kicked off night two. The Atlanta DJ and producer spent his debut Red Rocks performance accompanied by a full-time drummer and a separate part-time rapper. He mixed rock influenced dubstep and electronica with the occasional funk tracks and heavy bass lines. It was a good time for those who showed up early.

G Jones was next up, spicing up the lighting and bumping the bass music. Grungy techno sounds were met with heavy drops and dubs. The lighting was simple but ever-evolving — black and white visions of construction sites, parking garages, psychedelic mannequins and more transitioned throughout the set. The set was good, but it would have been much better had the volume been louder. The show started out a bit quiet, seemingly increasing in volume about halfway through, but still not to the standards of some bassheads in attendance. 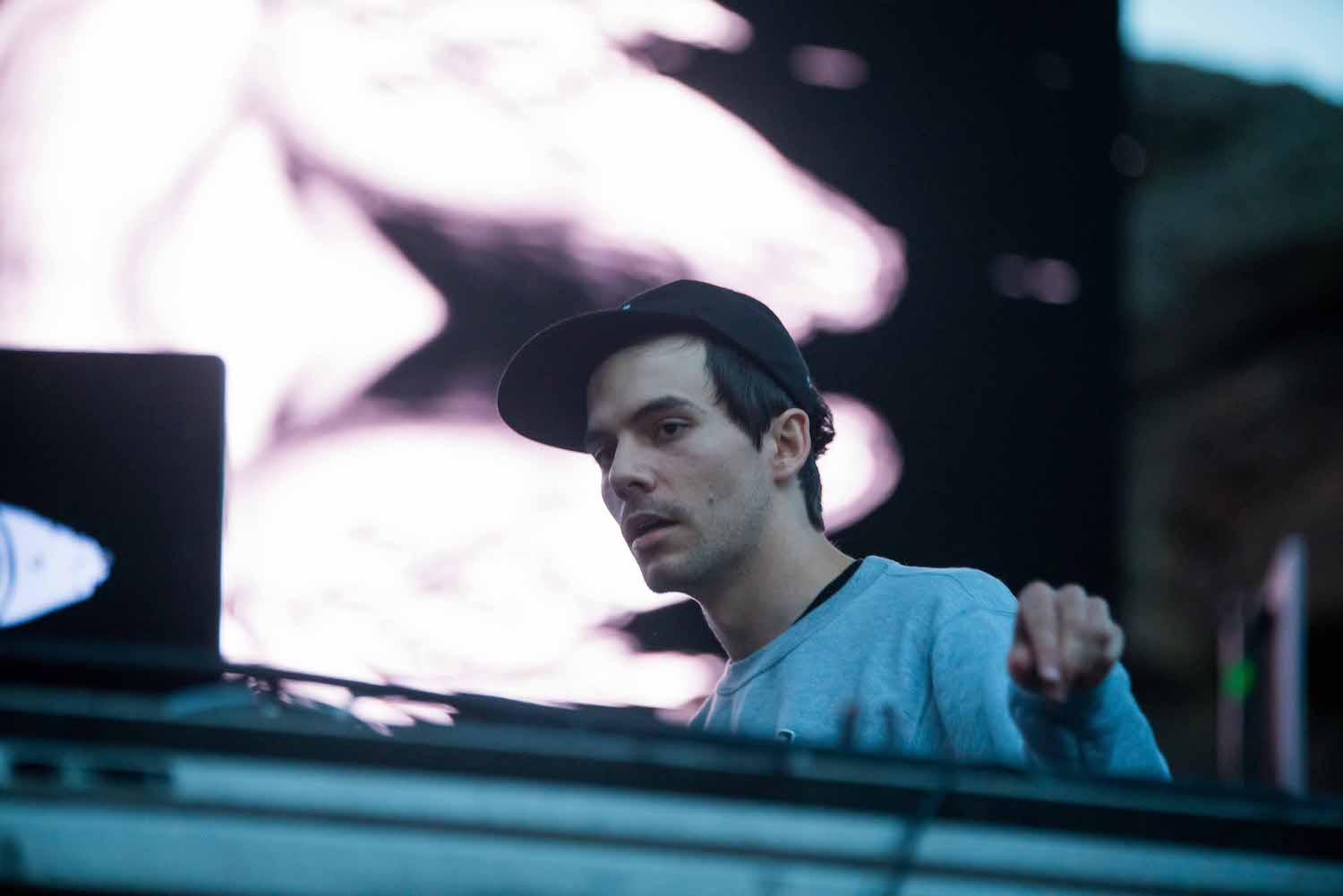 Both nights Pretty Lights gave humble words of excitement to his fans. He introduced the members of the band — as any gracious host would — and they gave mini solos, showing off their talented skills and joked with the young producer. The show had an intimate moment among the band as they played and shared laughs and glances — it was as if Pretty Lights was just jamming with good friends and the crowd embraced every minute, grasping at the color stained smoke exploding from the stage.

“Blessed to come home and light up the rocks with you.” – Smith on Facebook

Rotating square tiles and projection screens laced the stage. Laser cones of warm rainbow color rays danced along the rocks and vibrated with every bass drop. He used similar light techniques of last year — turning a laser show for the crowd into a wall of lasers at the foot of the stage.

Smith hardly used any vocal samples in the beginning of both sets keeping it light and mellow, but he worked his up to funkier beats. After a bit more time with these more movable beats and catchy samples, I realized he was working through the genres. He had just worked through funk, was now on hip-hop and verging ’80s synths even. He stepped up the sampling even featuring Britney Spears’ “Toxic” and the synths of Eurythmics “Sweet Dreams.”

Pretty Lights gave a special gift to all of his fans who couldn’t be at the show at Red Rocks by live streaming both nights for free on Facebook, on top of releasing 16 new tracks this month. Smith even gave his fans a performance of his secret track “There I Am” on night one. After almost a decade of shows at Red Rocks, Pretty Lights has certainly proven that his sound is timeless and we can’t seem to get enough.

All photography by Meg O’Neill unless noted otherwise.