Summer is coming to an end but that doesn’t mean the fun outdoor excursions have to end too. If you only have a short weekend — or if you have a few more days — to escape there are plenty of options to keep you busy. Bypass the overcrowding in Colorado right now and head out of state to these 15 destinations that you can reach in less than 9 hours. 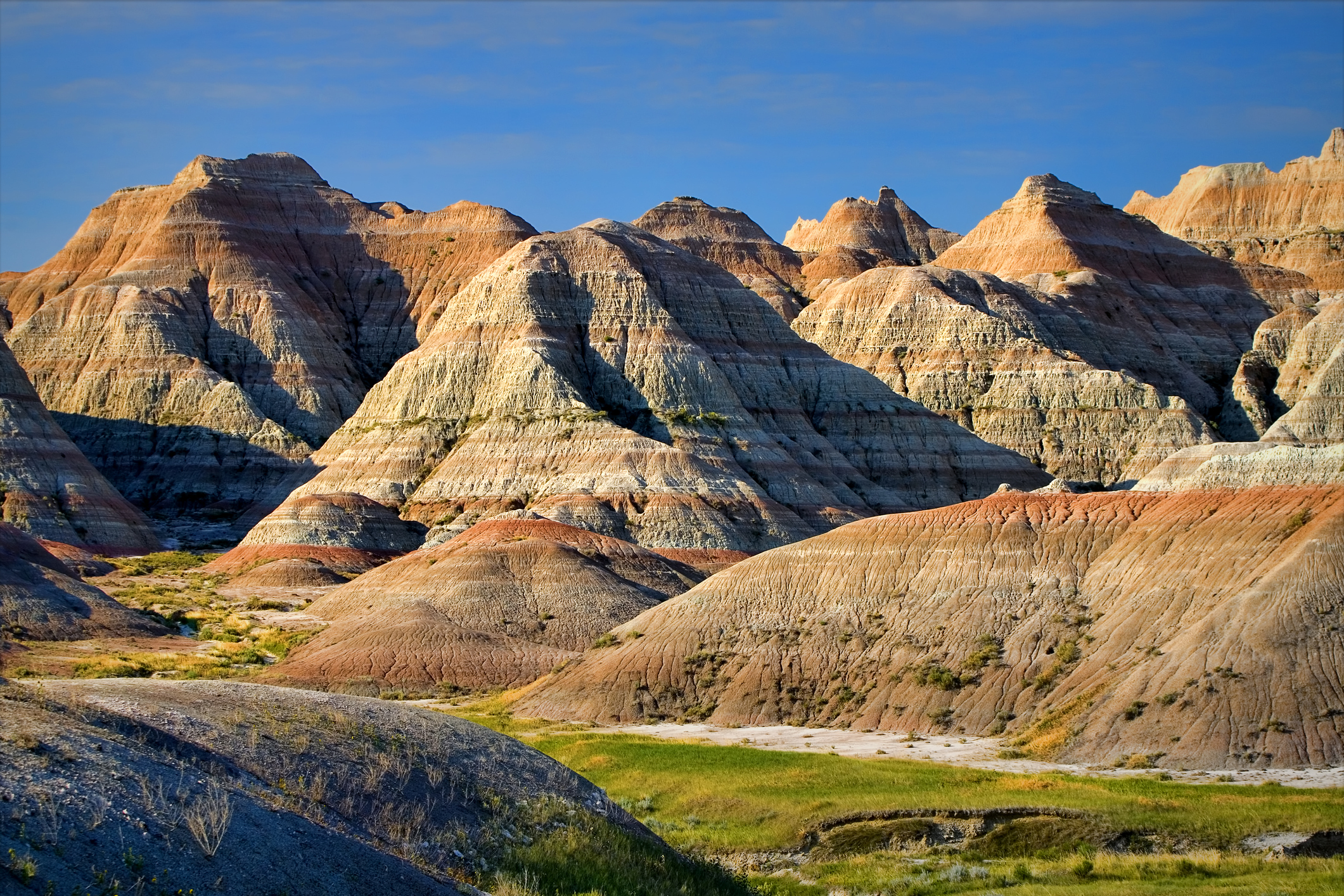 Highlights: Badlands National Park — named “Mako Sica” or “lands bad” by the Lakota — covers 244,000 acres of weathered rock, buttes, pinnacles and spires. Visitors take a step back into history with the layers painted onto the rocks by ancient sea floors rising and falling. Here you can see fossils of three-toed horses and saber-toothed tigers.

Be sure to also include the Badlands Loop Scenic Byway, the 60-mile Wall and the Notch Trail to your itinerary.

Hole in the Wall, Wyoming 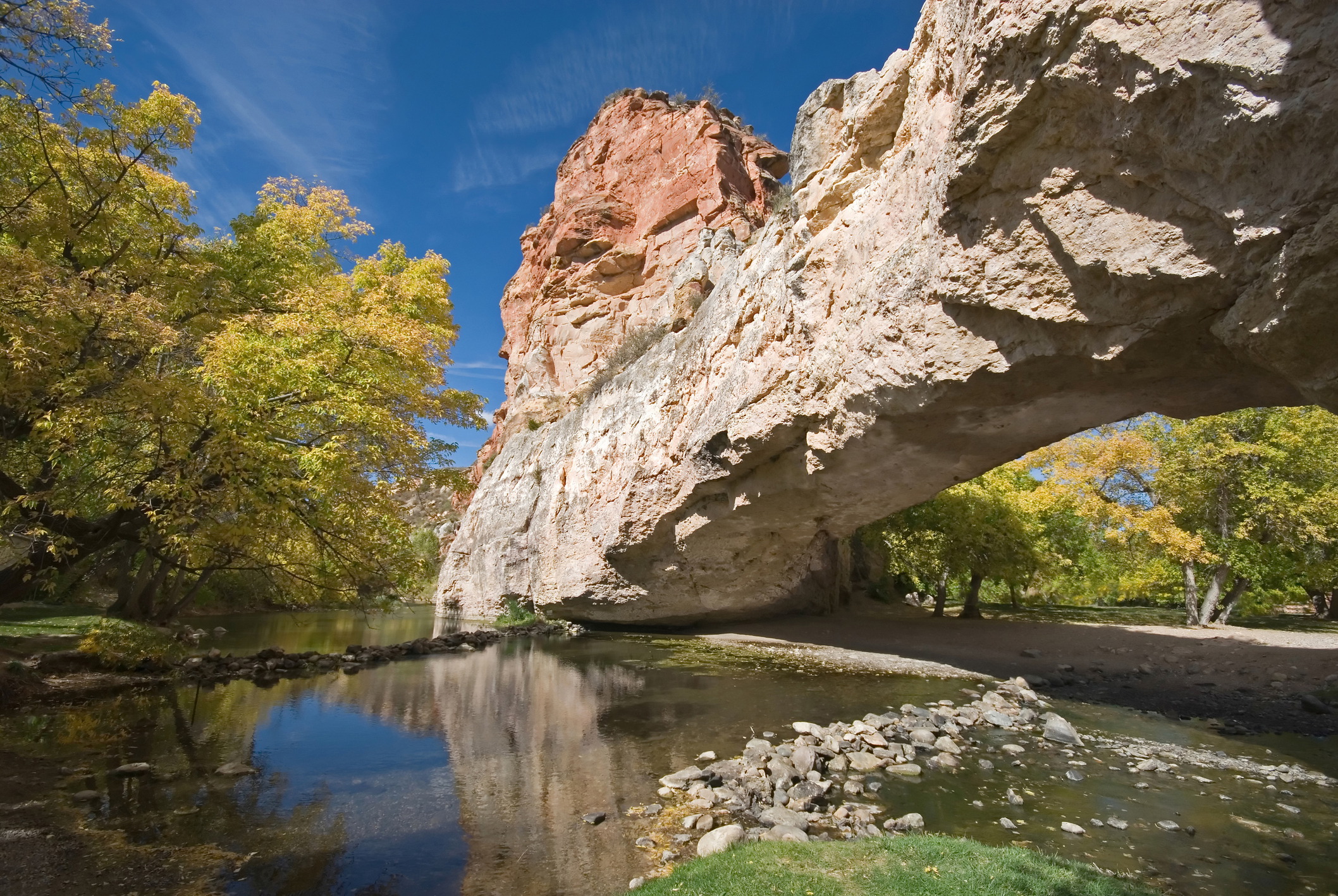 Highlights: During the final decades of the 1800s and into the first decade of the 1900s many outlaws — including Jesse James, Butch Cassidy and the Sundance Kid — used Hole-in-the-Wall as their hideout. The hideout earned its name as the spot is tucked away in a rocky, narrow pass that requires scrambling over loose rock to access. Though the area was turned into Willow Creek Ranch in 1882 visitors can still access the spot just as the outlaws of old did. 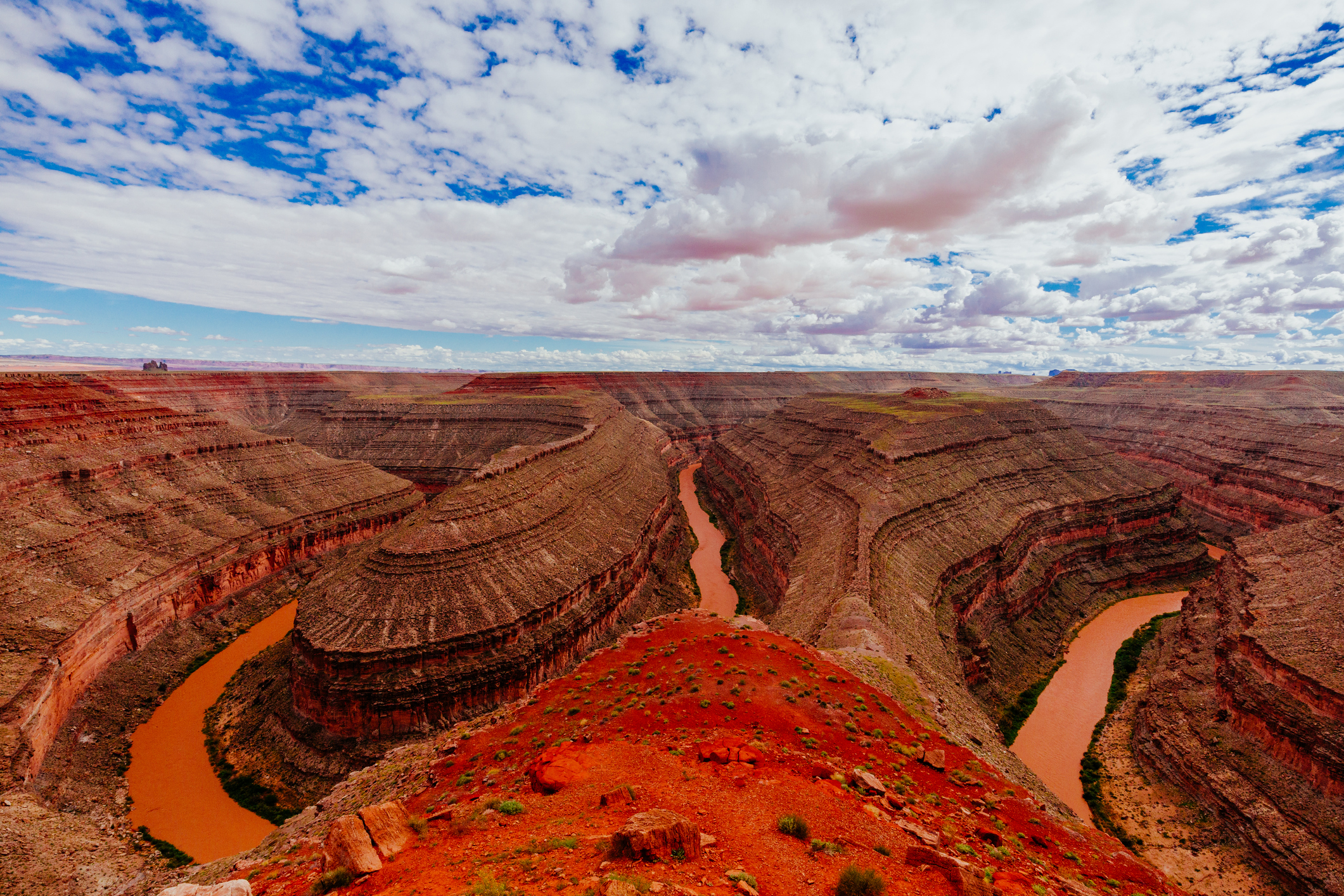 Gaze at the results of 300 million years of time, where the San Juan River winds and carves its way through the desert 1,000 feet below at Goosenecks.

Highlights: Moab may be known as the adventure capital of the world — it certainly gets crowded during the summer peak season — but the town and its surrounding areas are well worth exploring. Instead, avoid some of the crowds and consider making Blanding your base camp to see two of Utah’s Mighty five national parks as well as numerous state parks and national monuments.

From Blanding explore Monument Valley, Goosenecks State Park and Canyonlands National Park — be sure to check out Island in the Sky and Upheaval Dome.

READ: Everything You Need to Know For a Trip to the Canyonlands 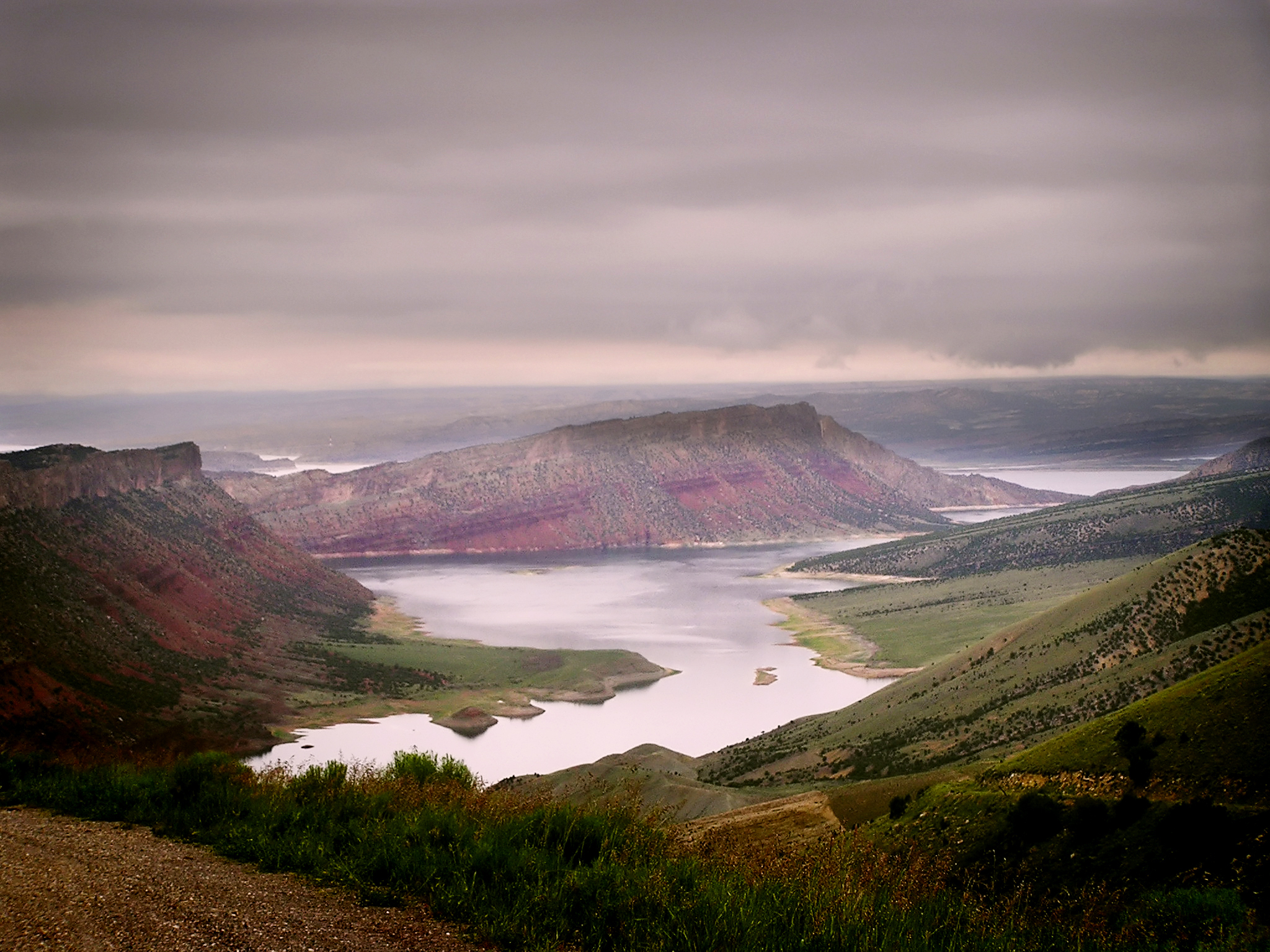 Highlights: When John Wesley Powell traveled down the Green and Colorado Rivers in 1869 he marveled at the intermingling of the sun’s light on the red rocks and dubbed the area Flaming Gorge. This recreation area that spans the border of Wyoming and Utah has everything from camping and hiking, to scuba diving and geological expeditions.

Some top spots to see if you go include the Red Canyon Overlook, the Sheep Creek and Spirit Lake Scenic Backways, the Canyon Rim Trail and Dinosaur National Monument. 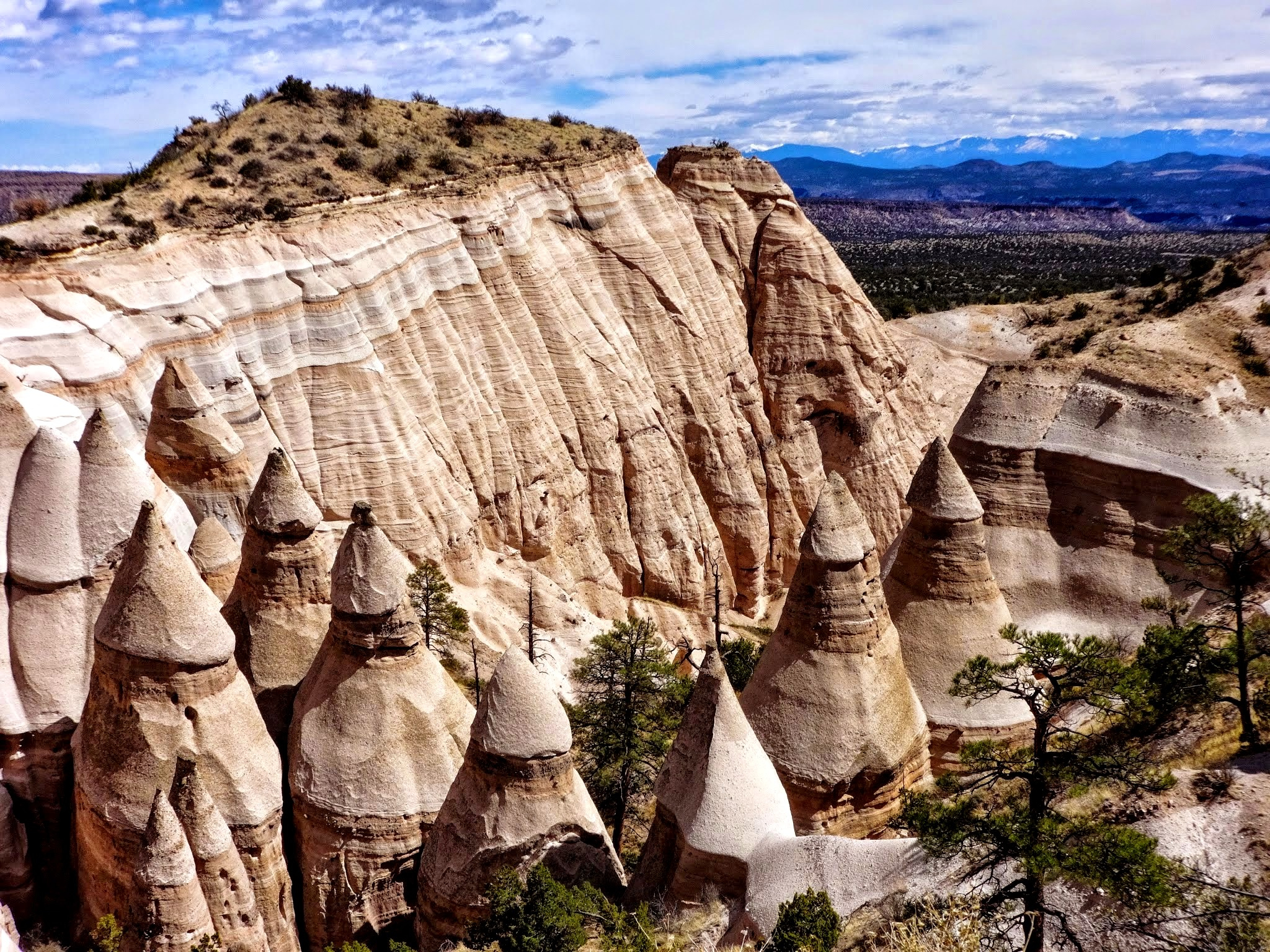 This is a view overlooking Kasha-Katuwe Tent Rocks National Monument after hiking up the trail, located in the Cochiti Pueblo.

Highlights: This caldera — the result of the land sinking into the magma chamber after the eruption of a supervolcano — is one of the largest young calderas on earth. This whole area in the Jemez Mountains was formed by volcanic activity and is still considered an active volcano. But don’t worry about getting caught in a volcanic frenzy. Even though the system is still active and heat rises from the ground the volcano is dormant.

There’s plenty to see in the area. Check out the Kasha-Katuwe Tent Rocks, Bandelier National Monument and Origami in the Garden in nearby Albuquerque. 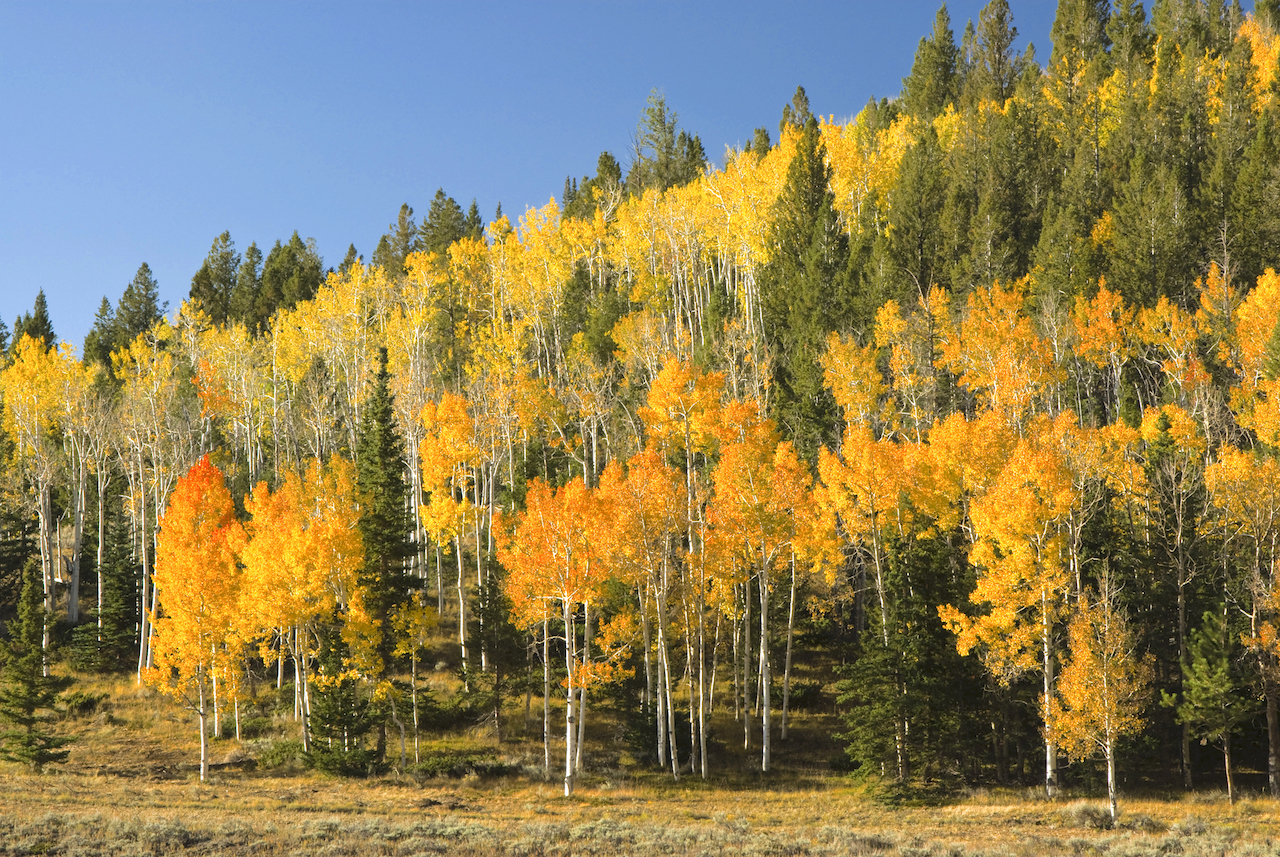 Highlights: Fishlake National Forest is immense. It crosses nine counties and spans over 1.5 million acres of Aspen forests, lakes and reservoirs, ATV trails and scenic byways. Some consider Fish Lake the gem of Utah drawing people for its abundance of year-round trout, splake and mackinaw fishing.

It can be hard to narrow down a list of top to-dos but you can start with the Bullion Falls Trail, Mystic Hot Springs, the Meadow Lava Tubes and the Trembling Giant – a massive single-organism grove of Aspens. 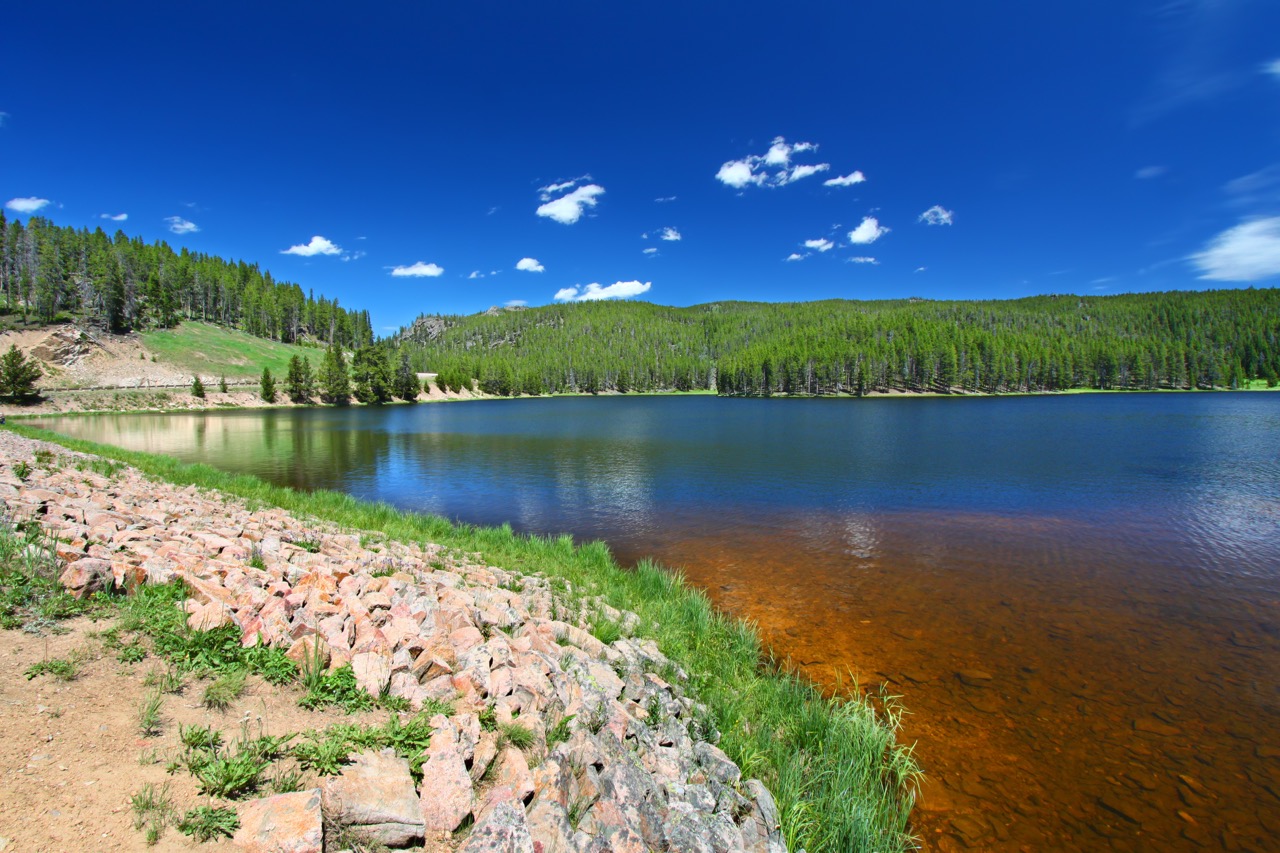 Highlights: Sometime around 700 years ago the Plains Indians of Wyoming built what has become one of the largest and best-preserved medicine wheels in the country. Wheels like Big Horn were common among Native Americans and used for anything from healing rituals to astronomical calendars. Archaeoastronomer Jack Eddy believes the Big Horn wheel was used as a way to mark the summer solstice. 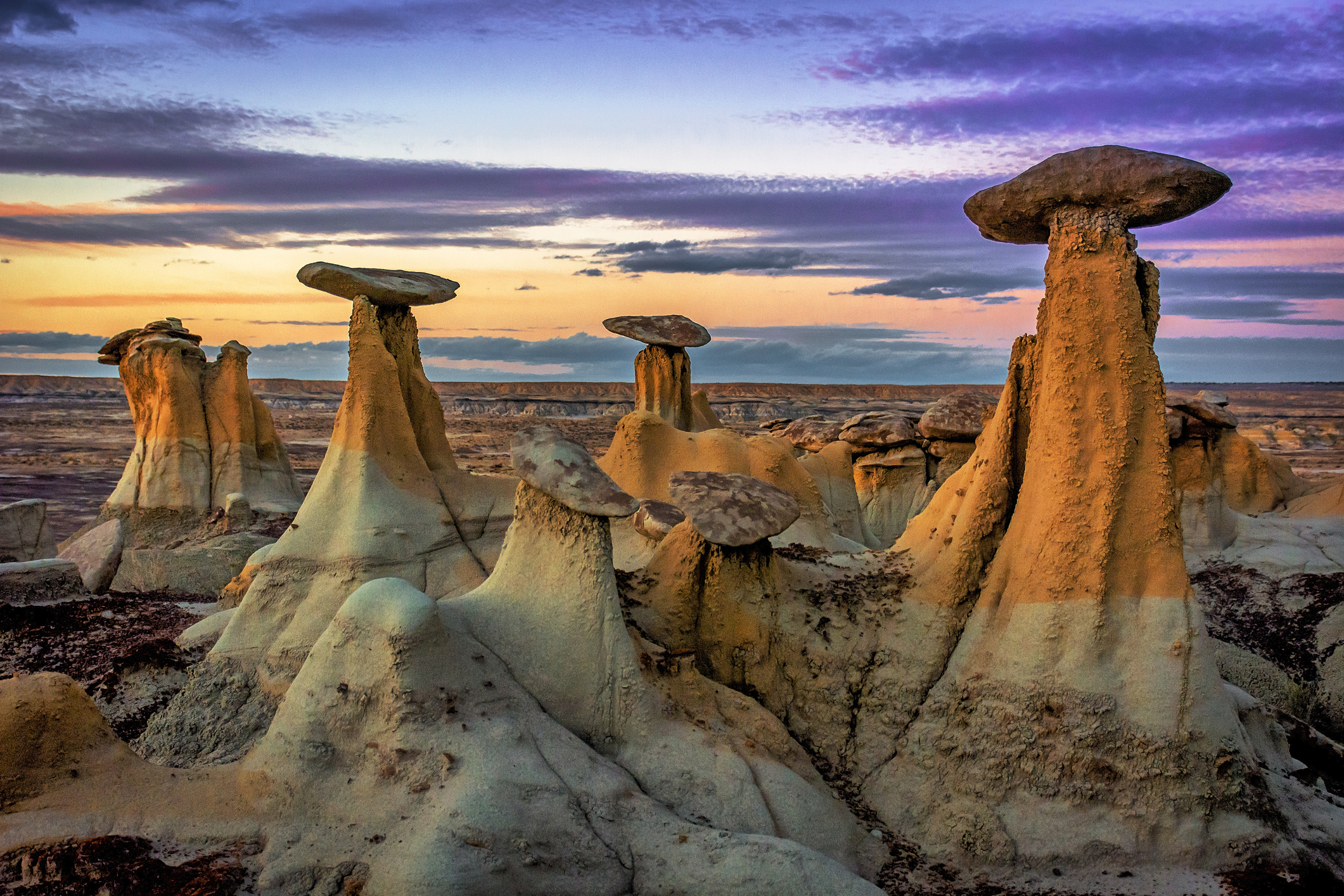 Highlights: Bisti — pronounced bis-tie — was a little-known area hiding in the shadow of South Dakota’s Badlands until recent years when two Pentaceratops were found. Vehicles aren’t allowed on the preserve and there are no marked trails but most destinations in the area are easily reached by short hikes. Take navigation and prepare to pack in-pack out.

The two main areas in Bisti are the Fruitland Formation and Kirtland Shale. There’s lots to do nearby like the Aztec Ruins, Shiprock, the Chaco Culture National Historic Site and the Ah-Shi-Sle-Pah Wilderness Area. 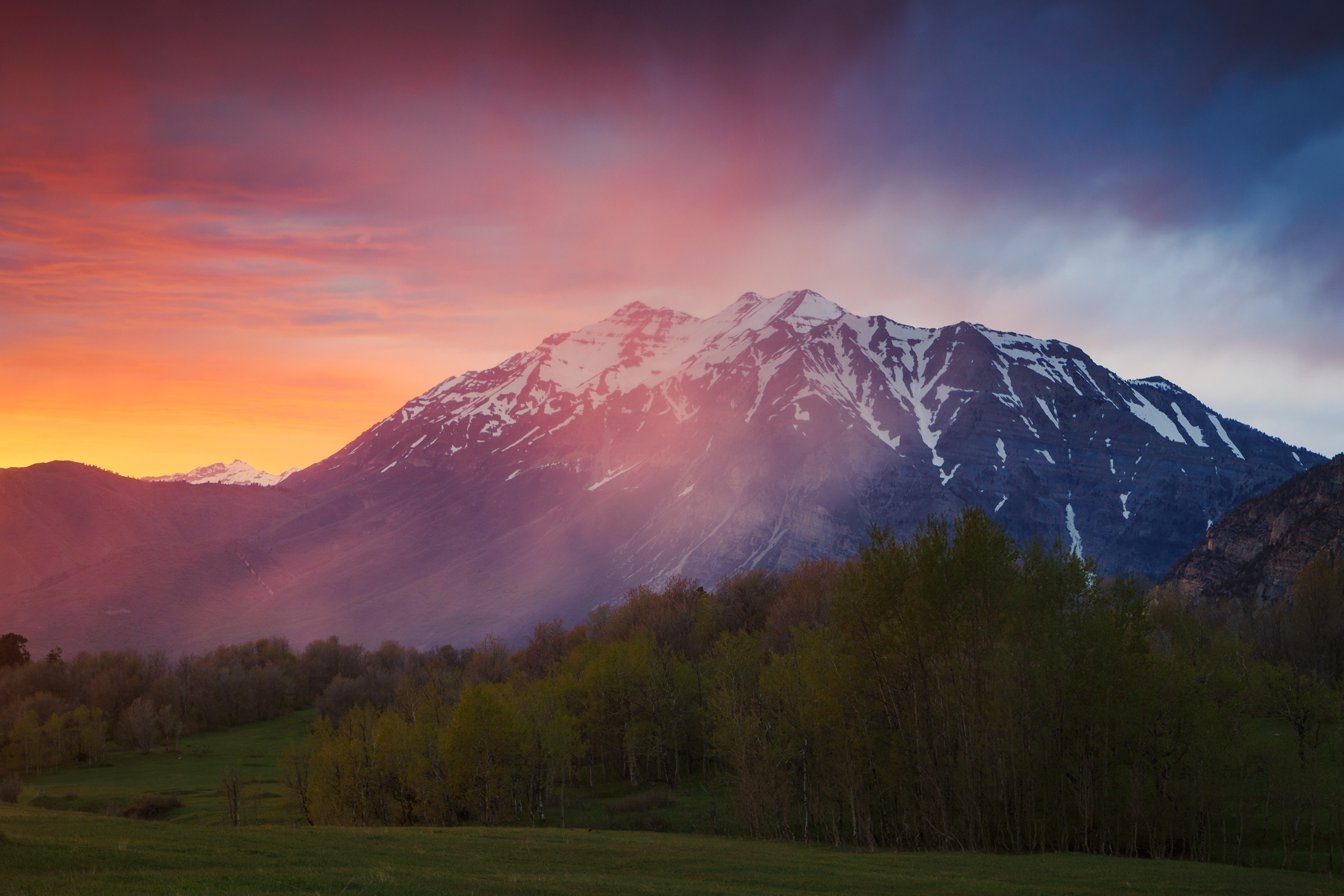 Highlights: The Uinta-Wasatch-Cache is more of a collection of forests with eight districts that stretch from Ogden to Provo and even reaches up into Wyoming. In total, the area covers 2.1 million acres. There are enough hikes, camping, caves, drives and fishing here to keep you busy for a while. 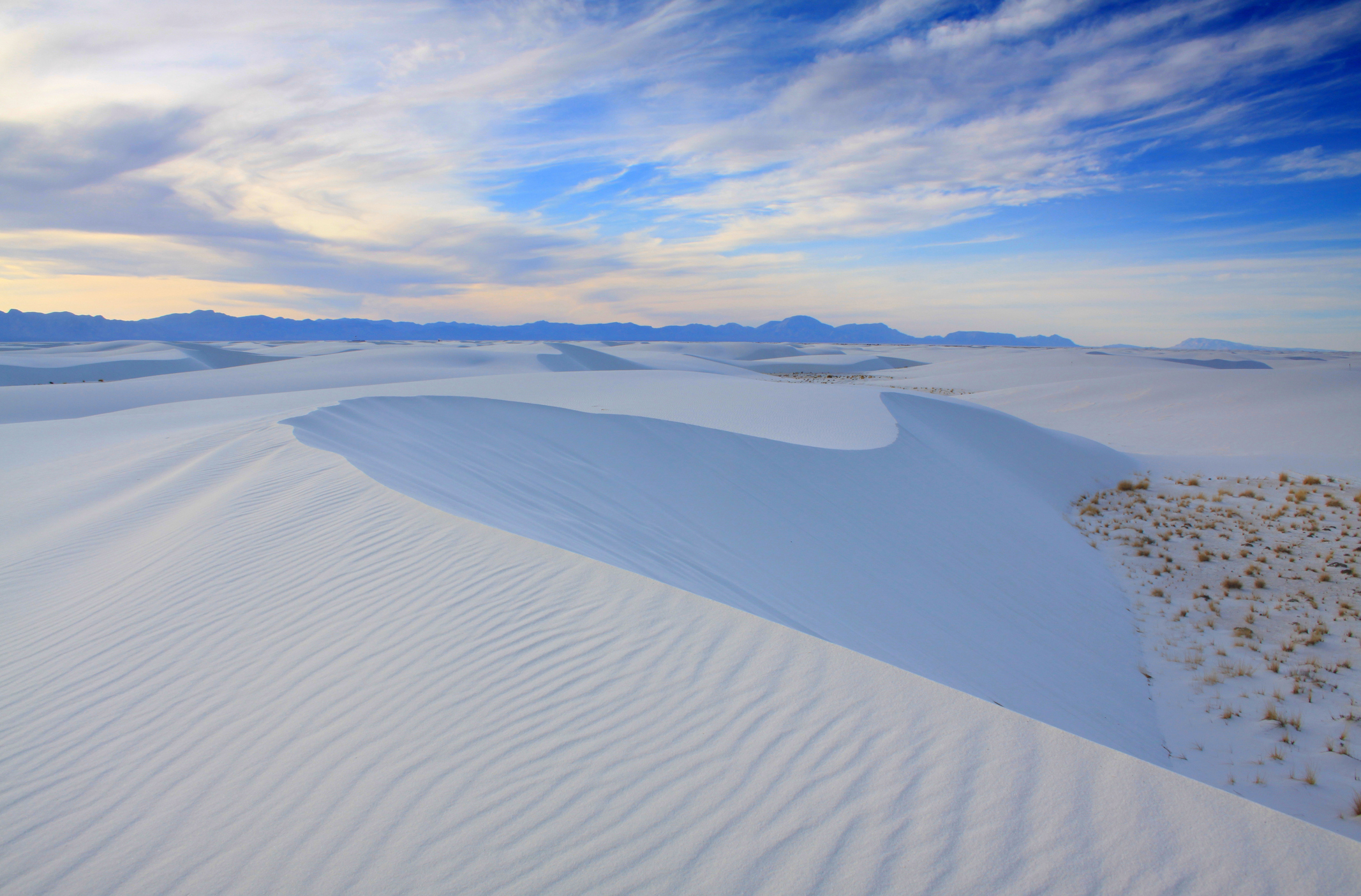 Highlights: White Sands National Monument is the world’s largest — and essentially only — dune field of its kinds. The only thing is it isn’t really sand. It’s minuscule crystals of gypsum. The entire area is nearly 300 square miles but most of that is blocked off as a military test site. The gypsum crystals stay cool despite the New Mexico heat but don’t let that fool you. Take plenty of water as dehydration here should not be taken lightly.

You can drive and hike around White Sands but if you want to explore nearby areas check out the La Luz Trail, Salinas Pueblo Mission National Monument and Chamizal National Memorial. 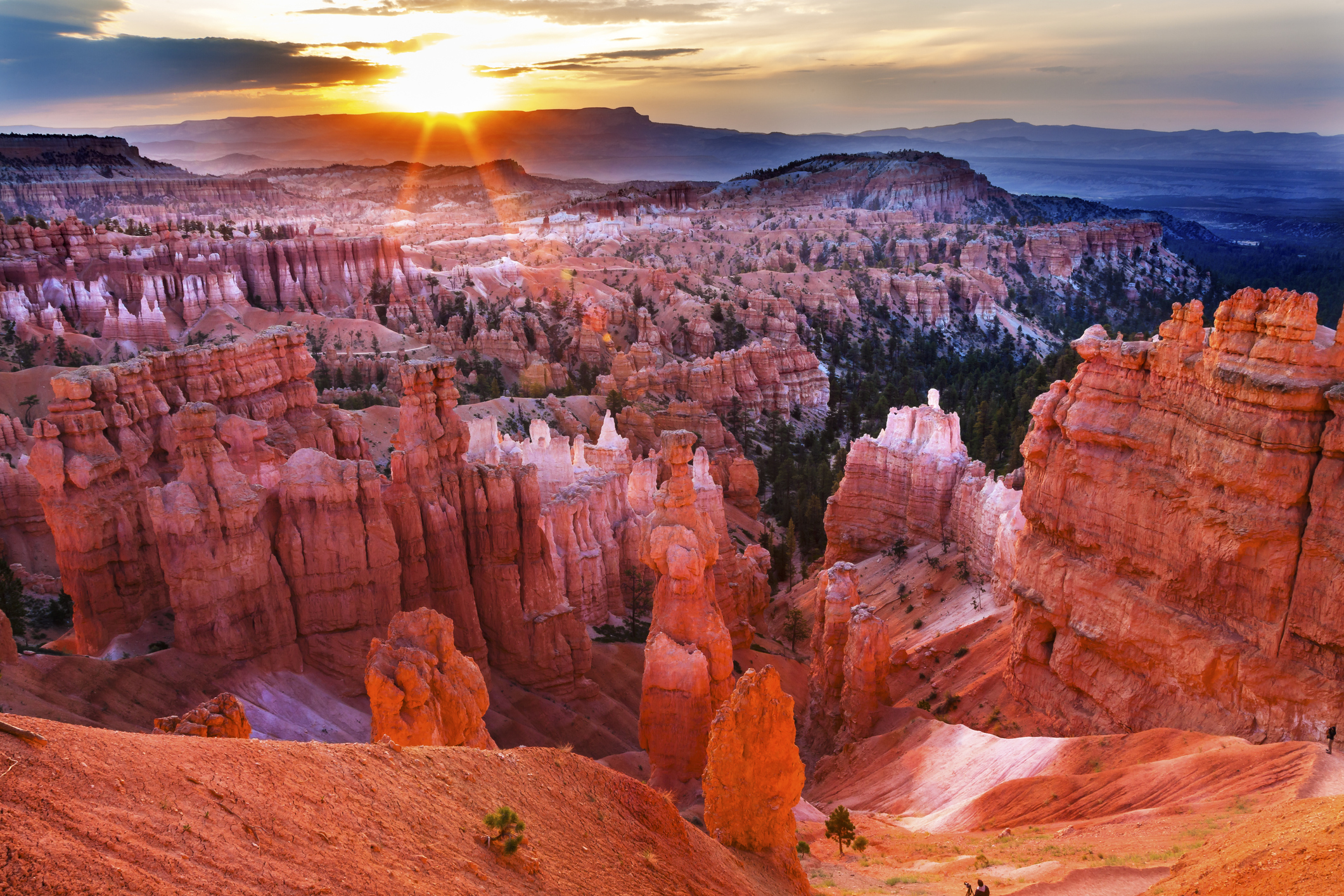 Highlights: Bryce Canyon may draw its share of crowds but the bright colors, layered hoodoos and winding trails will be yours to enjoy in relative solitude. Bristlecone pine trees — the oldest trees in the world with some as old as 5,000 years — decorate the landscape. Bryce Canyon sees about half as many visitors as neighboring Zion which only makes the experience that much better.

To drive the park take Highway 63 which takes you past the Swamp Canyon trailhead, Farview Point and Natural Bridge. If hiking is more your style try the Cassidy Trail, Fairyland Loop or Navajo Loop. 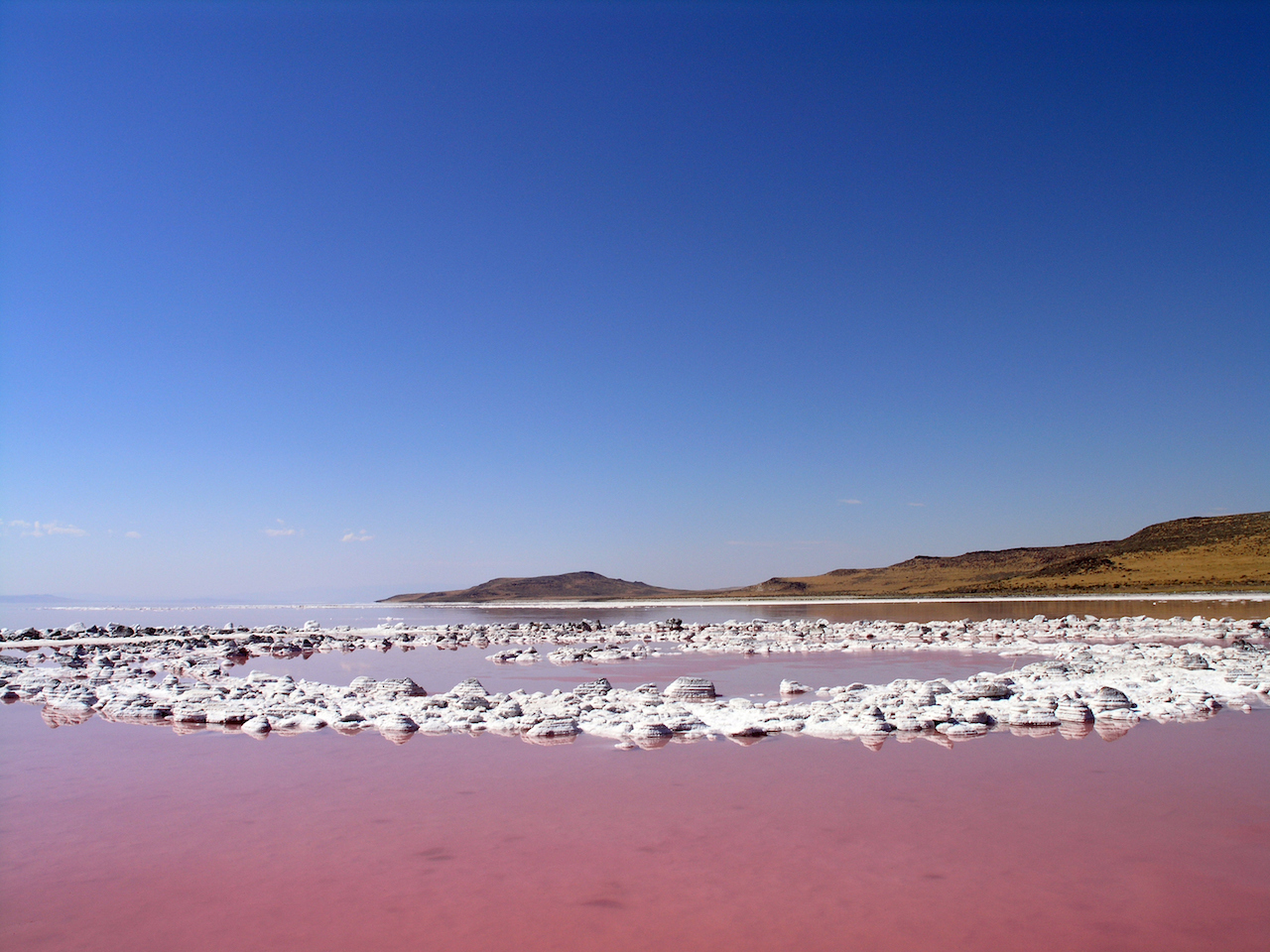 Highlights: The Utah state Senate voted this year to make the Spiral Jetty — a giant basalt rock sculpture in the Great Salt Lake — an official state work of art. The Spiral Jetty is a piece of Land Art made by the artist Robert Smithson in 1970 that visitors can observe from above or walk out onto. This natural, outdoor art gallery is well worth the visit but viewpoints of the jetty can be difficult to access and visibility changes from year to year due to fluctuations in water level.

For other nearby excursions visit Tony Grove, Golden Spike National Historic Site and Bear River Migratory Bird Refuge. Also if you’re really interested in “land art” such as this, an entire city of similar work is currently being bulit in Nevada. 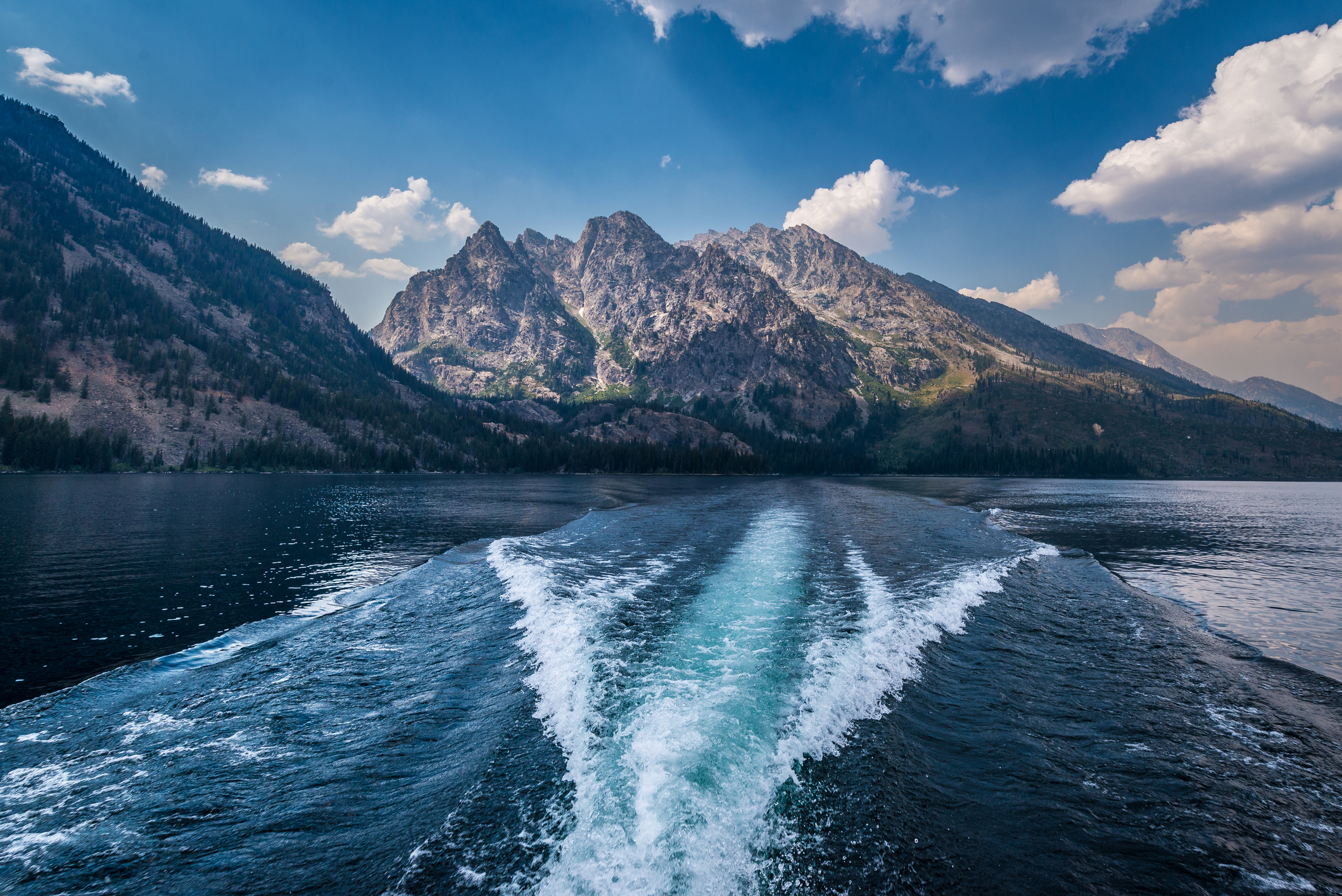 Highlights: In 1872 Yellowstone became the nation’s first area designated a national park. Today Yellowstone and nearby Grand Teton National Park are among the top 10 visited parks in the country. They may be popular destinations but that doesn’t mean there aren’t spots that still offer seclusion and the quiet of nature.

When you aren’t taking pictures or waiting for other tourists hike to Terraced Falls and the Point Sublime Trail. Spend some time at Isa Lake, Jenny Lake and Granite Hot Springs.

READ: Everything You Need to Know For a Trip to Grand Tetons 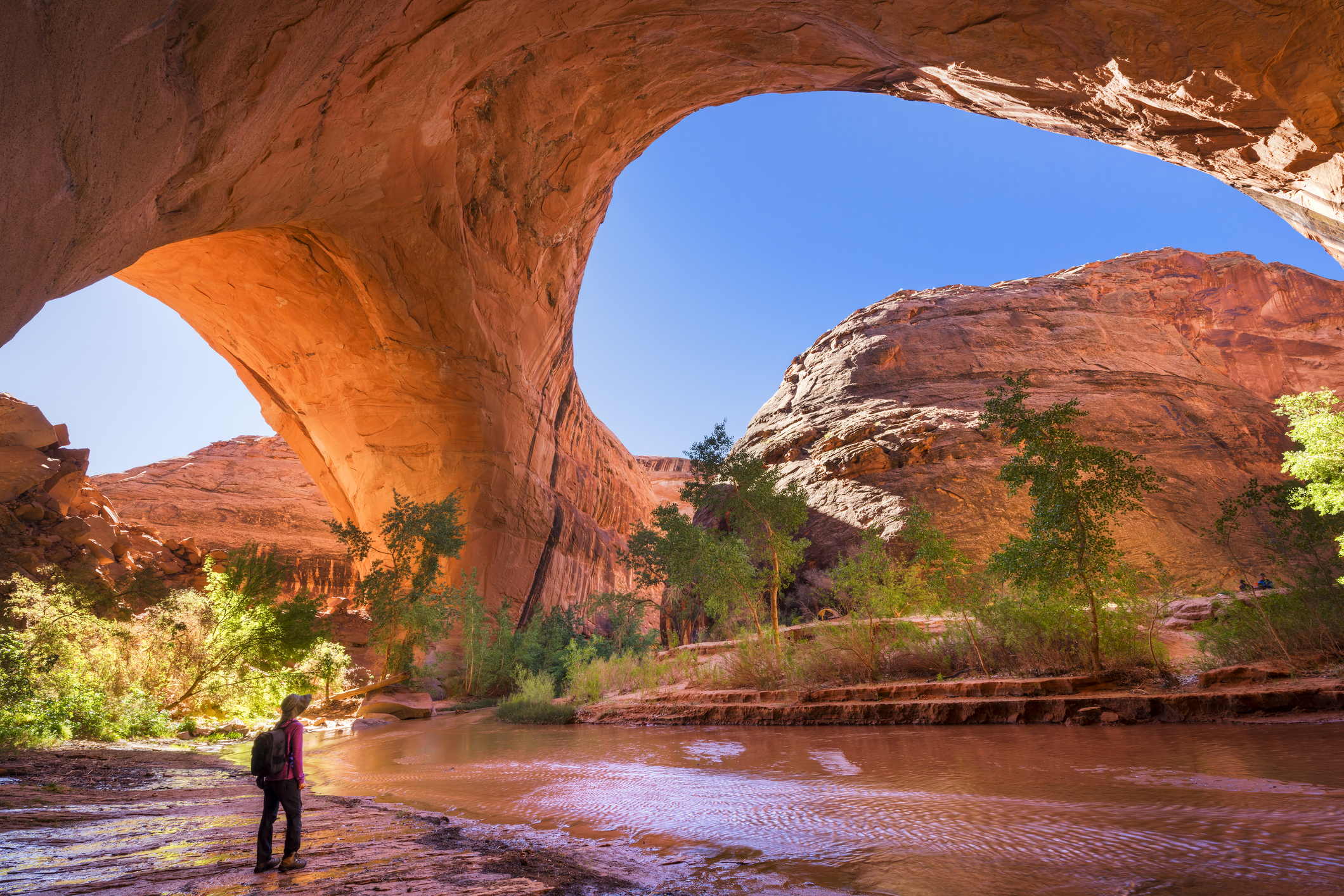 Highlights: A series of plateaus descend from Bryce Canyon to the Grand Canyon — they have aptly been named the “Grand Staircase.” Together with the Escalante Canyons the area became a national monument in 1996. The Escalante side is easier to access and so draws more visitors but the Staircase deserves just as much time and attention.

While there check out Grosvenor Arch and Calf Creek Falls. If you have extra time visit Hell’s Backbone and the Burr Trail Switchbacks.