Indian food in America generally comes one of two ways — a lavish and expansive buffet or a classic seated meal. In either case, the diversity of flavors and sheer volume of dishes can be intimidating. It was this line of thinking that inspired husband and wife Marshall Miranda and Rohini Saksena — owners of Cherry Creek’s more traditional Bombay Clay Oven — to expand their well-established concept to include Saucy Bombay, a counter-service location serving accessible Indian food in a style akin to Chipotle.

Located across from East High School on Colfax, the 36-seat space successfully delivers on the goal. Diners assemble a dish according to their specifications — meats, vegetables, sauces and an assortment of toppings can be combined any number of ways — the variety of choices and ease of assembly succeed in making the food highly approachable. 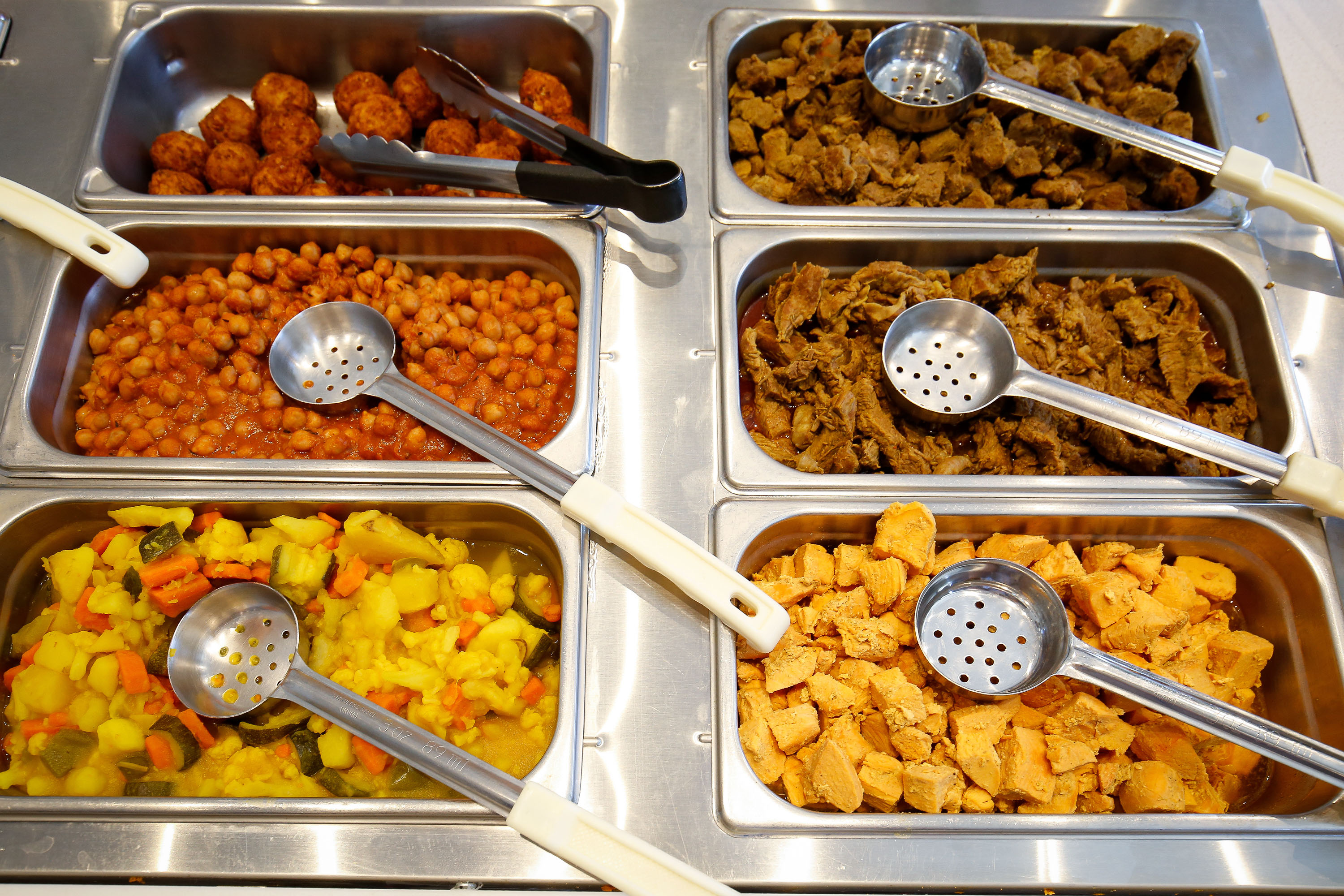 Upon entry, patrons are given the choice of bowl ($8.50), plate ($11) or roti wrap ($8.50). Bowls and wraps consist of a base (basmati rice, turmeric quinoa, mixed greens or yogi mix — a combination of garbanzo, corn, kidney beans and black eyed peas), sauce and toppings with a choice of protein. A plate ups the ante with the addition of an additional entree — straightforward choices including chicken, steak and lamb are joined by garbanzo beans, a vegetable medley and the must-have paneer cauliflower rounds (fried dough, cauliflower and Indian cheese crisped to crunchy perfection). Sauce choices include creamy Tikka Masala, spicy Vindaloo, cardamom rich Korma, medium Kadai, yellow lentils and delicious creamed spinach. An assortment of vegetables including mixed greens, spinach, purple cabbage and several medleys finish out the process. For those truly ready to feast naan ($1.95), golden-brown samosas ($1.98) and potato vada (fritters) ($1.98) can be added. 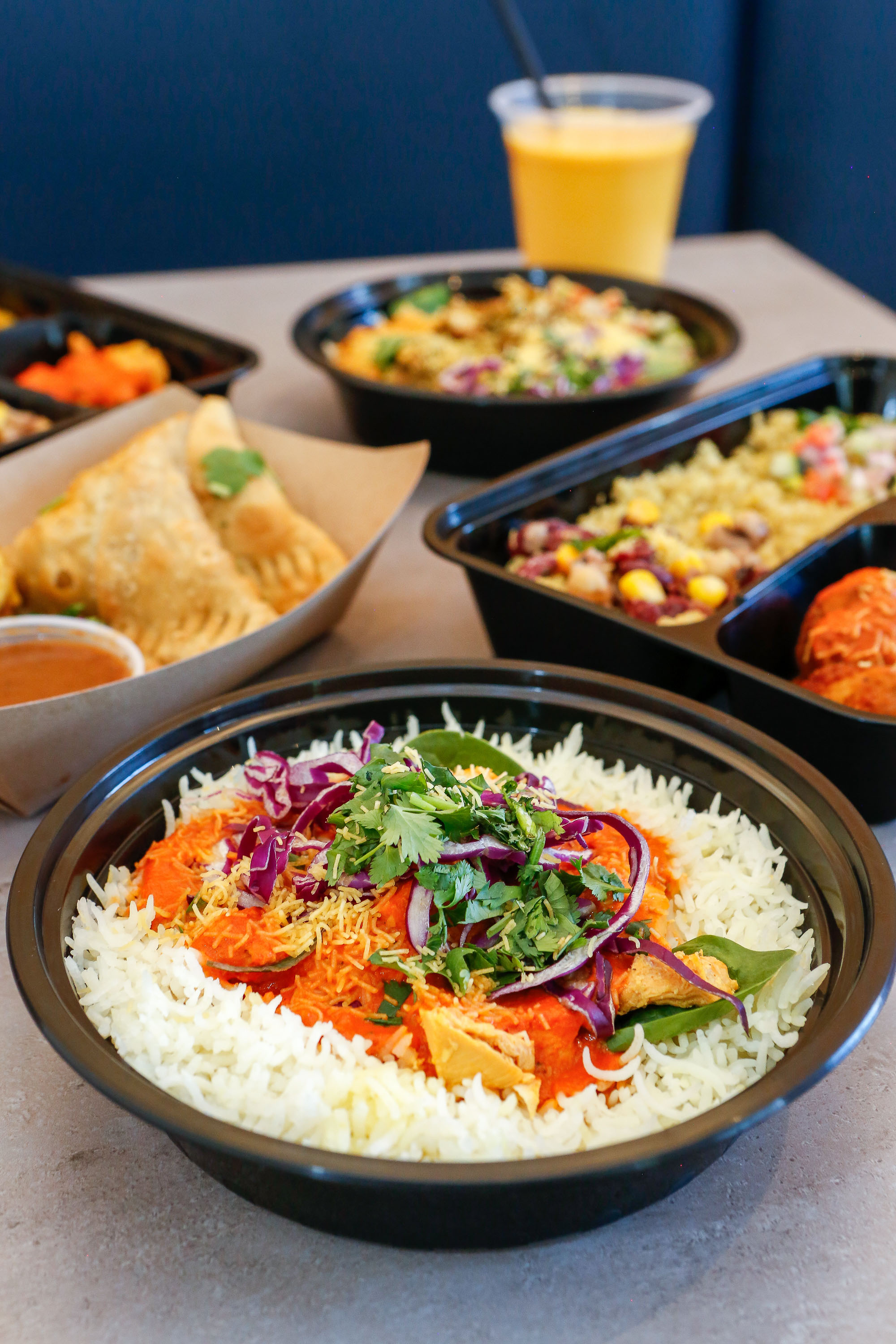 Saucy Bombay is the result of more than 20 years in the restaurant business — the original Bombay Clay Oven having opened in Highlands Ranch in 1993. The quality of the food thoroughly reflects Miranda and Saksena’s lengthy commitment to the cuisine. Much of what is served is made daily in Bombay Clay Oven’s much larger kitchen, then transported five minutes to the Colfax outpost.

Sauces, chutneys and beverages (including chai and mango lassi ($3.99) are all house-made and an on-site tandoor (Indian clay oven) further illustrates the dedication to quality. The bright and open atmosphere and carefully calculated branding suggest a great possibility for expansion — Miranda believing that Indian food is on the cusp of taking off in America. 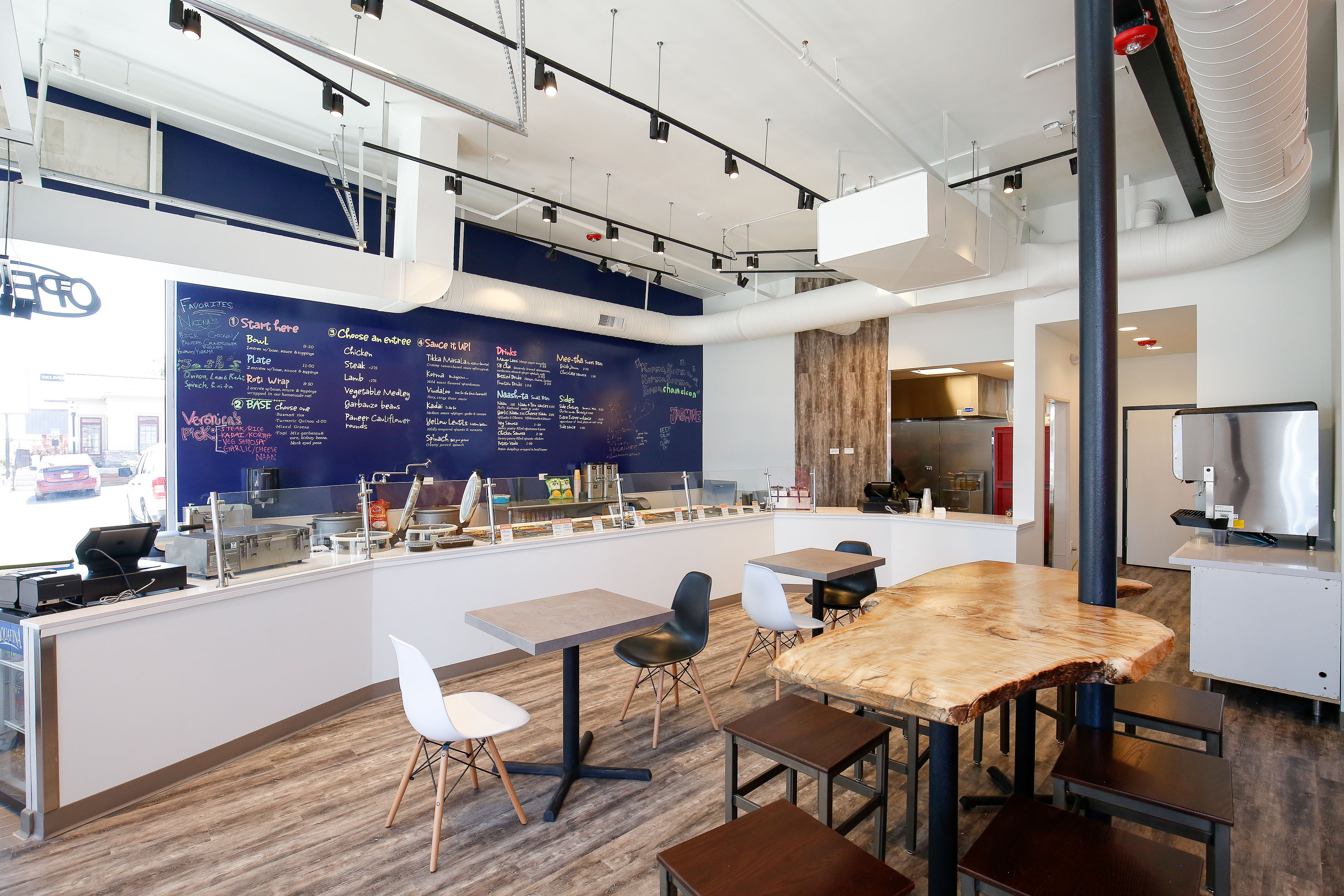 Whether the masses are ready for Indian cuisine — a food culture steeped in health-consciousness and Ayurvedic practices — is currently unknown, but Saucy Bombay certainly makes a compelling case for it. By successfully demystifying and updating traditional dishes, Miranda and Saksena allow the inexperienced to ease into new and compelling flavors, while still ensuring that aficionados are not disappointed. It’s a hard balance to achieve. Fortunately for Denver, the two have done so in style.

All Photography by Adam Larkey for Saucy Bombay.