If you’re a comedy buff or just want to get a lot of bang for your buck, the High Plains Comedy Festival in Denver is back and bigger than ever. From Friday, August 24 to Sunday, August 26, local venues in the Mile High City such as the Hi-Dive, Mutiny Cafe and 3 Kings Tavern on South Broadway and Paramount Theatre will be hosting a line-up of more than 100 performers, with a lot of local comedians just added to the mix.

The festival, hosted by truTV, is celebrating its fifth anniversary and will now feature more than 50 Denver-based or previously Denver-based comedians, along with a special guest announcement and more surprises to come. 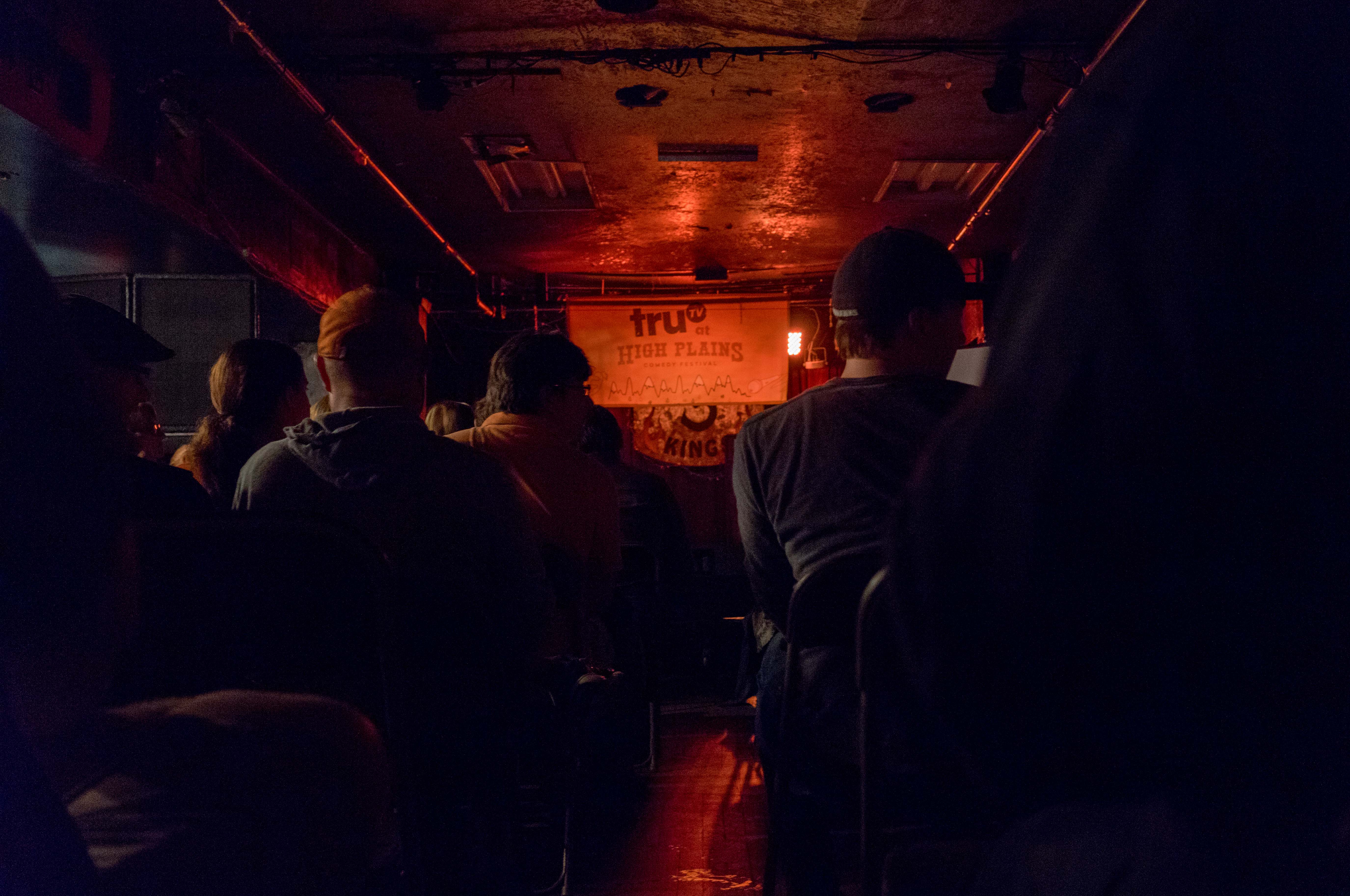 The crowd at 3 Kings Tavern. All photo by Brittany Werges.

Denver’s growing comedy scene features a wide array of performers — hometown favorites, newcomers and road comics who have relocated to Denver over the past year.

In addition to local comics, special guest NYC comic Shane Torres, who just filmed his Comedy Central show, The Half Hour, will join the line-up for the festival’s first night. The just-announced performers join a talent-packed bill, including headliner T.J. Miller and two live shows of the My Favorite Murder podcast at the Boulder Theater.

Local Denver comedian Adam Cayton-Holland also teased some surprises that will come with individual ticket sales and the full show schedule in a couple of weeks.

“We have some extra fun things planned, including a performer we know Denver loves,” he said.

Announced performers will be:

Tickets to the headlining show are now on sale. The full schedule and individual ticket sales will be announced in early August.

Editor’s Note: 303 Magazine is a media partner for this event.