Great Divide Returned to its Roots for 2017 Block Party

While the Great Divide Brewing Company has shifted its focus to its newer Barrel Room location in the heart of the River North District, it has not forgotten where it came from. So, when it came time for the team to throw a party to celebrate its anniversary — although they tagged it as “not an anniversary — party party” — they went back to the brewery’s beginnings.

Great Divide’s 2017 Block Party took over The Square on 21st — a newly developed urban green space located on Larimer Street that just happens to be just blocks away from its original and still operational location in the Ballpark Neighborhood.

This block party was everything you have come to expect from Great Divide in its 23-year existence. From The Square on 21st, you could see Coors Field along with much of the cityscape, feel the music pulsate and hang out with people who shared your appreciation of the beer Great Divide has produced. There was no rush — just appreciation. Even when the weather took a typical Colorado turn and dumped huge raindrops for approximately 10 minutes, there was no chaos. People casually took shelter, sipped on their beer and waited it out — others continued to play corn hole and ping pong in the rain. Everyone was grateful for the cool down the summer storm brought.

When the rain ended — the party got going in full force. Here are some highlights. 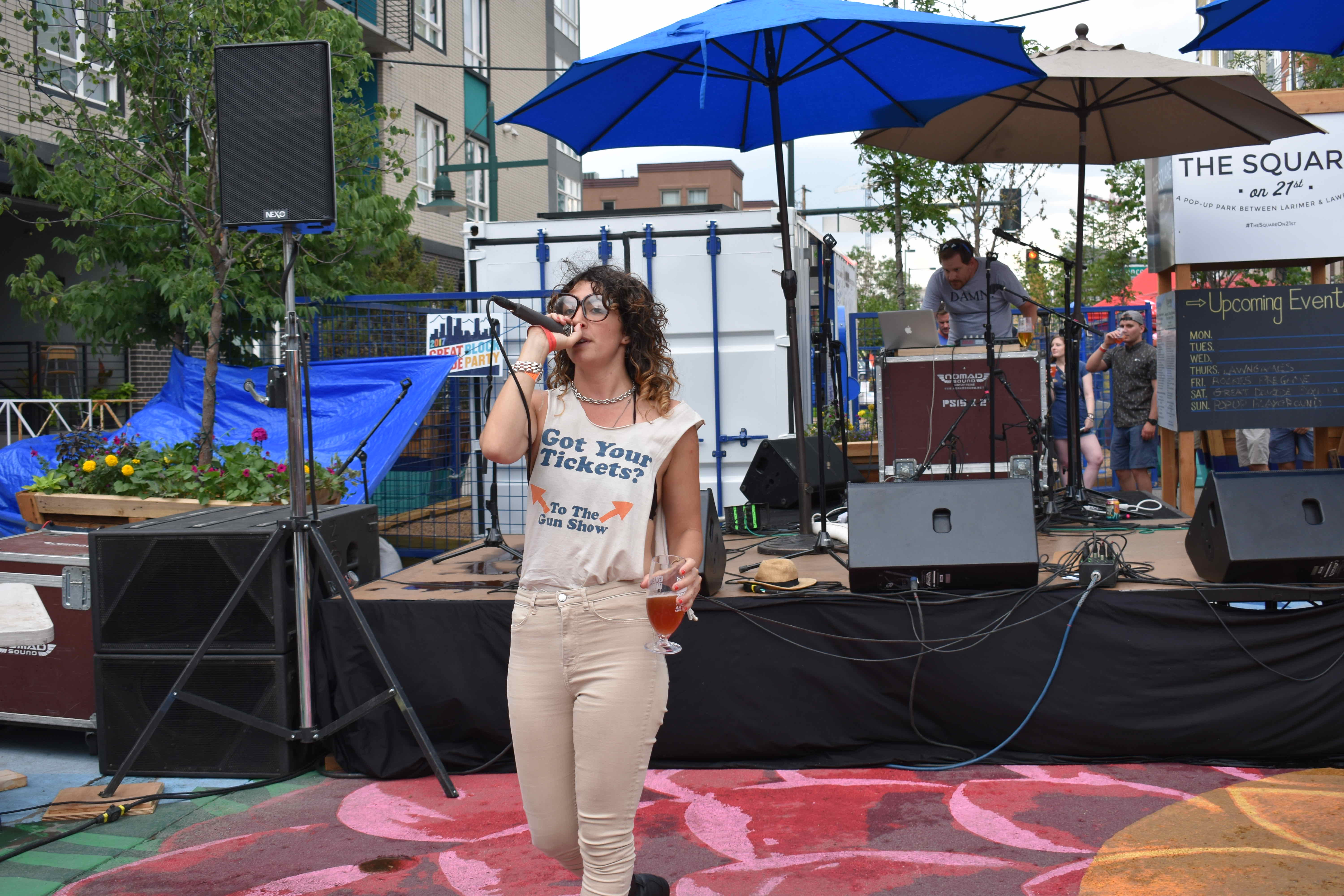 Kitty Crimes getting into it with the crowd

Block partygoers were welcomed with the music of Ned Garthe Explosion as they wandered in, but it was the act that followed them and the rain — Kitty Crimes — that took the crowd from interested to a full-on dance party. Crimes — with her explosive raps and familiar baselines — let the crowd enjoy the new and old all at once. Combine that with her stage presence that screamed boss lady, the people couldn’t help but gravitate towards her set. Crimes was followed by The Still Tide, who came through with a more relaxed feel that fit the crowd as the party began to wrap up. 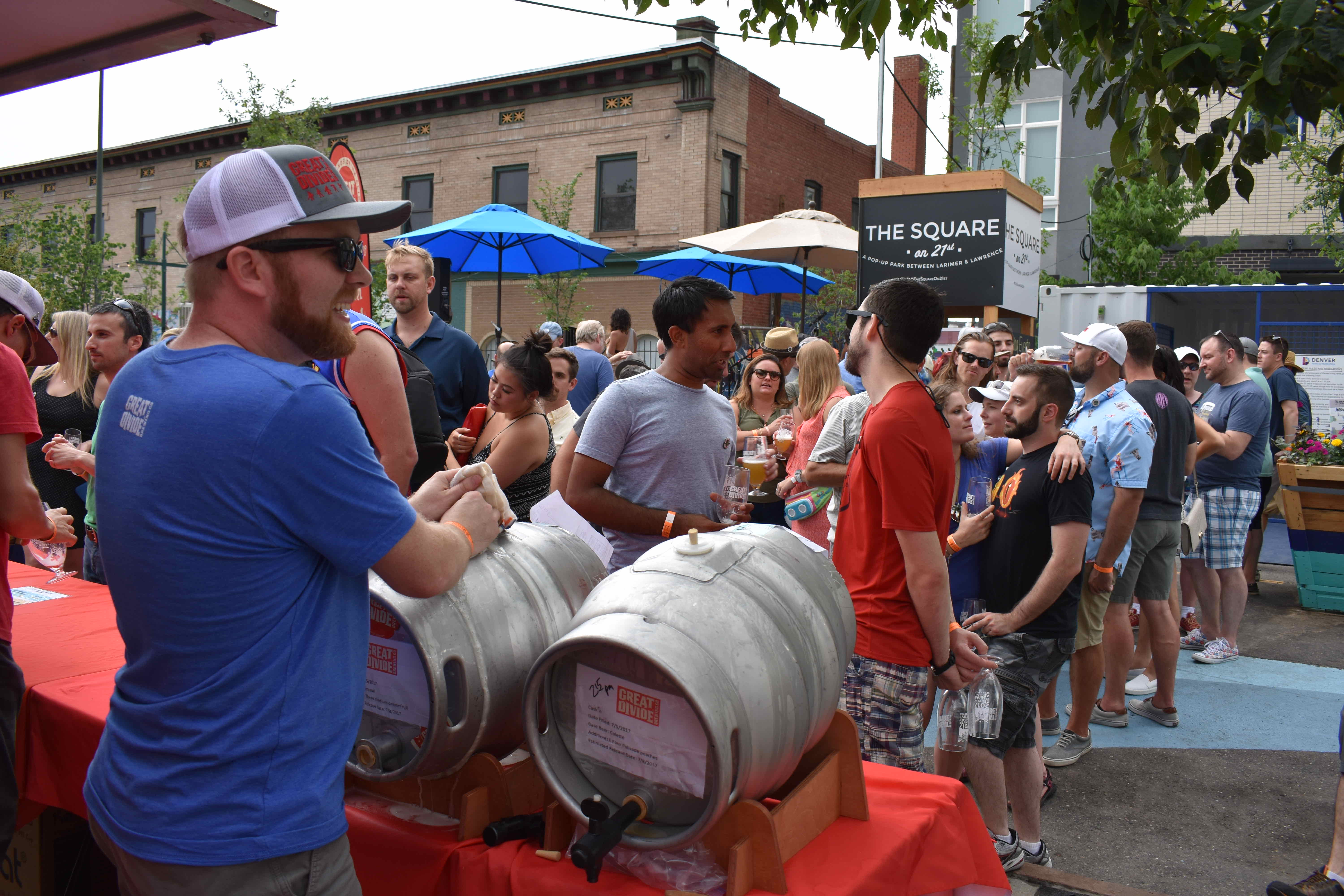 Great Divide brought out its best when it came to the beers. The flagship beers were everywhere and each person received the newly released Denver Pale Ale when they walked through the gates. From there people could go fruity with the Strawberry Rhubarb Sour, they could go dark with the Yeti or they could enjoy anything in between with beers like the farmhouse ale Colette and Titan the IPA.

If you were the ambitious drinker, however, you likely purchased a special ticket for $40 (tickets were as low as $5 for entry) that allowed you VIP access for some special beers. The single most popular beer was a special firkin of Colette, the farmhouse ale which was aged with peaches — this beer took the crispness we’ve come to love about Colette and wrapped it in peachy goodness. Another beer that had people talking was All The Buzzwords, a low alcohol sour, hazy IPA that Great Divide brewed with WeldWerks Brewing Company out of Greeley. The beer was tart and juicy with just hints of hoppy bitterness — it was a beer that could appeal to many different palates. Local Knowledge #3 Raspberry Sour also drew a lot for attention for its overall scarcity — The Local Knowledge Series produces only very limited runs — and the depth of the raspberry flavor and how it made the sourness of the beer pop without being overwhelming.

Great Divide in so many ways is a reflection of the city of Denver. When it moved into the Denver Ballpark Neighborhood more than 20 years ago, Great Divide — like the rest of the city — had no idea how much growth would happen in the years to follow. While things cannot stay the same — with bigger buildings being built in the city and Great Divide adding the Barrel Room — a block party like this lets people know that while things may change on the outside, the brewery’s dedication to great beer and its city remains the same.