Denver’s rowdy redhead of Burlesque, Honey Touché, wants to melt your faces off at the Oriental Theater with her new burlesque show, Vixens of Vinyl. On Friday, June 16, beginning at 7:30 p.m., Touché brings to the stage a bevy of rock-and-roll beauties in her all vinyl-inspired show featuring a myriad of musical genres spanning from the 1950s to the early 1980s. 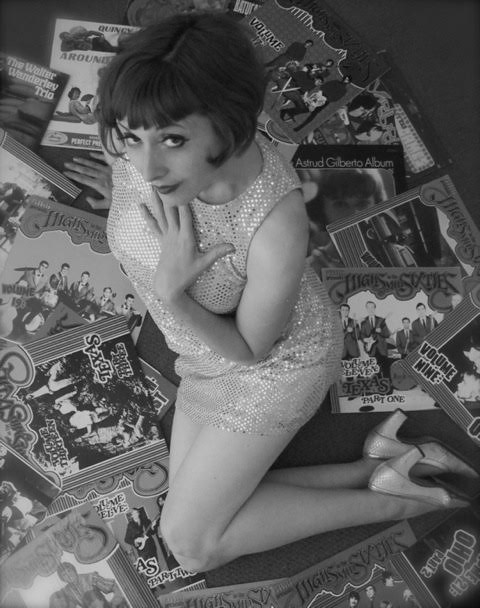 There is possibly no other burlesque producer better suited to craft a show celebrating the era of vinyl records than Touché, Denver’s Miss Modernism 2014-2015, herself.  Touché’s burlesque career spans over 30 original acts over more than 10 years. Whether she’s working the tease with a go-go dancer’s flair, or rocking hard in front of a giant guitar prop dressed as Ziggy Stardust, her acts are always innovative and full of vivacious vintage appeal.

Touché has been a lover of music on vinyl record since she was a young girl growing up in Utah.

“When I was little, I would get an allowance and I would go to the store and pick out the 45s that I wanted with my five dollars,” Touché said.

She still has the original jukebox from her childhood playing in her home in Denver. Since relocating to Denver in 1996, Touche has spent countless hours thumbing through records at Wax Trax and other local record shops.

When she began formulating ideas for the upcoming Vixens of Vinyl, Touché went back to her early roots and her love for rock-and-roll music, particularly those albums produced on vinyl. “When I think about things that I love, it’s definitely rock-and-roll. And that can run all genres, from the 1950s; Elvis, Wanda Jackson, I feel like there are so many variations [all the way] into the 1960s of what rock-and-roll is,” Touché said.

Just as burlesque has experienced a resurgence in the last decade, so have vinyl records. And very rarely, the two have come together. Burlesque legend, Tempest Storm even collaborated with Jack White to create a special Green Series seven-inch album on Third Man Records that features an intimate interview with Storm. The vinyl record was pressed on a magical moving disc, when topped with a clear drinking glass and the included Bolt-A-Trope disc, the album plays images of Storm dancing while the record spins.

Touché hopes to keep the resurgence of two of her favorite things, vinyl records and burlesque going. “When I first did this show, a few years ago, there were very few working record plants that were pressing vinyl — maybe around five. Now, I would say there are over 25. Maybe more, but it’s definitely had a huge resurgence,” Touché said.

In past years, Denver audiences may have experienced Touché’s burlesque tribute to rock-and-roll at The Clocktower Cabaret, but this time she is going bigger and rocking harder than ever. Drawing inspiration from both the enticing ladies featured on the covers of records and those rock-and-roll bands who composed the music for them. Touché’s lineup of performers promises to get you grooving to their sultry musical seductions all night long. 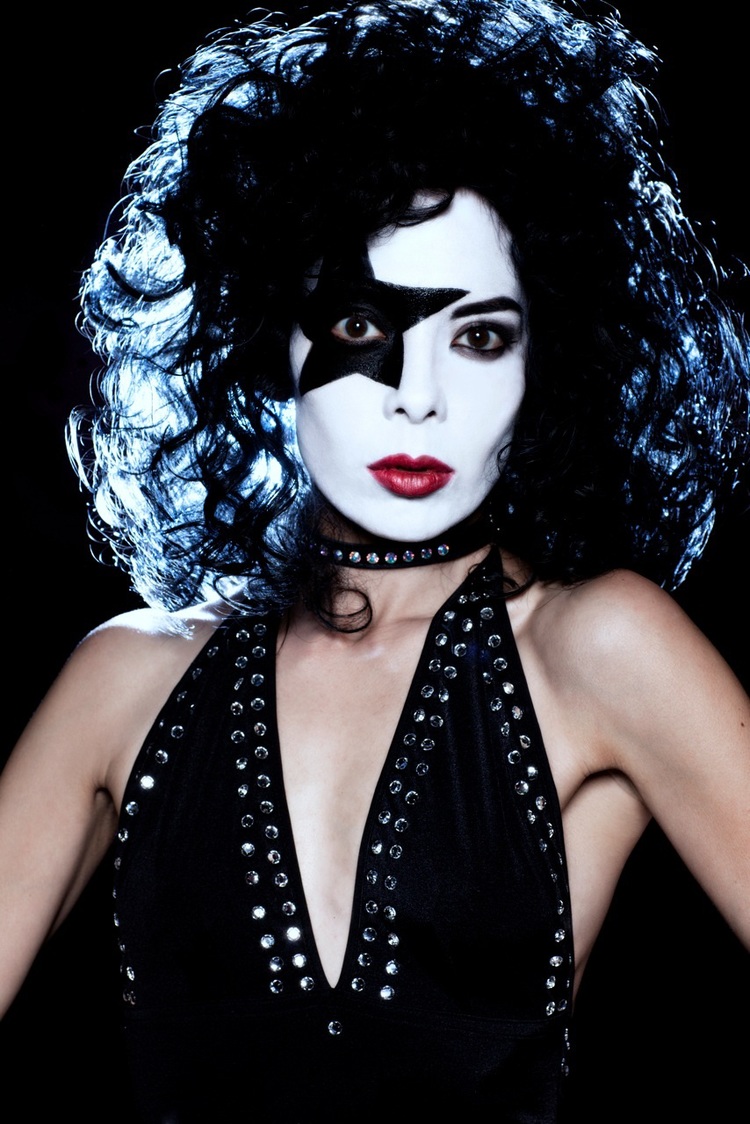 Denver’s own Midnite Martini — Miss Exotic World, Queen of Burlesque 2014 — who not long ago relocated to Chicago, will be returning to the Mile High City to perform alongside some of Denver’s best local burlesque performers. Fannie Spankings will play host in addition to performing burlesque. The “Doyenne of Disrobing”, Miss Orchid Mei, will recreate Herb Albert and The Tijuana Brass’s 1965 album cover of Whipped Cream & Other Delights. The always fun, Dee Dee Derrier will perform to Queen’s song, “Killer Queen.” Indy Fire, one of Denver’s premier boylesque performers will rock the stage to Led Zeppelin. Other performances will include Penny Spectacular, Snow Angel, Peggy Tulane and Alexis Scissorlegs.

Vixens of Vinyl isn’t just stopping at burlesque. The show will also include variety acts such as bellydance by the world famous Taka, a parallel bar act by Bettie Belladonna and Atomic Gracie’s electric violin tribute to Pat Benatar. Setting the tone for the whole evening will be a live, opening performance by the Sparkle Jets band, Denver’s powerhouse of rock-and-roll soul.

“It is a burlesque show, but there are a lot of different elements in it that I’m really excited about,” Touché said. “I hope that [the audience’s] faces melt off at some of the things they see. I hope they felt like they were at a rock concert with all of the great elements of nudity and alcohol and just crazy fun.”

For more information about Vixens of Vinyl, click here.