Trey Anastasio Band (TAB) returned to Red Rocks for the first time in almost 12 years Wednesday night. The legendary guitarist from Phish, backed with a full band including a brass section, keyboardist, bassist, a percussionist and drummer, brought a distinctive and wide-ranging sound to one of the world’s greatest venues. The world of sound brought by TAB continued a strong momentum for the 2017 Red Rock season.

Opening up for TAB was Vulfpeck, who was coming out hot off of their Tuesday night show at the Ogden Theatre. There couldn’t have been a better band to open for TAB, as Vulfpeck has been revolutionizing the modern alternative funk scene, experimenting with rhythms from bands past and implementing sounds from the funky present. 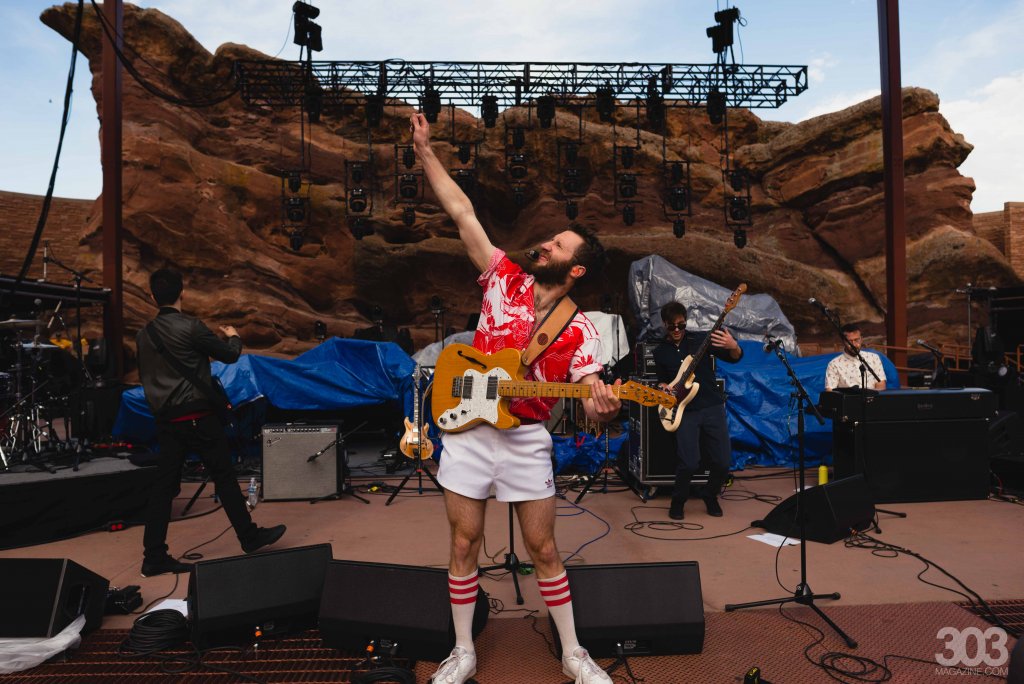 Showcasing this mix of sound, Vulfpeck invited Anastasio to the stage.

“We just found this guy in the parking lot, and he was like, ‘Hey man is it cool if I sit in? And we were like, ‘Sure let’s hear you play a little first.”

The “guy” in the parking lot was Anastasio himself. Anastasio joined in as Vulfpeck played their single “Rango” followed by an epic cover of Michael Jackson’s “Will You Be There.”

As TAB began, the wind gusted over Red Rocks and prepared listeners for an evening with arguably one of the best guitar players alive, coincidentally less than 24 hours after Tom Petty had played the Rocks. Opening with a TAB original song “Pigtail,” a journey through sound had just begun at Red Rocks. Complemented with a foundation of brass instruments, blended with melodic keyboards, experimental bass lines and incredible percussion, the band helped showcase a different sort of sound for Anastasio than what is notoriously played with Phish. This is mostly because of the brass and extra percussion. However, this does not mean that TAB didn’t take the opportunity to mix in Phish songs into their set. 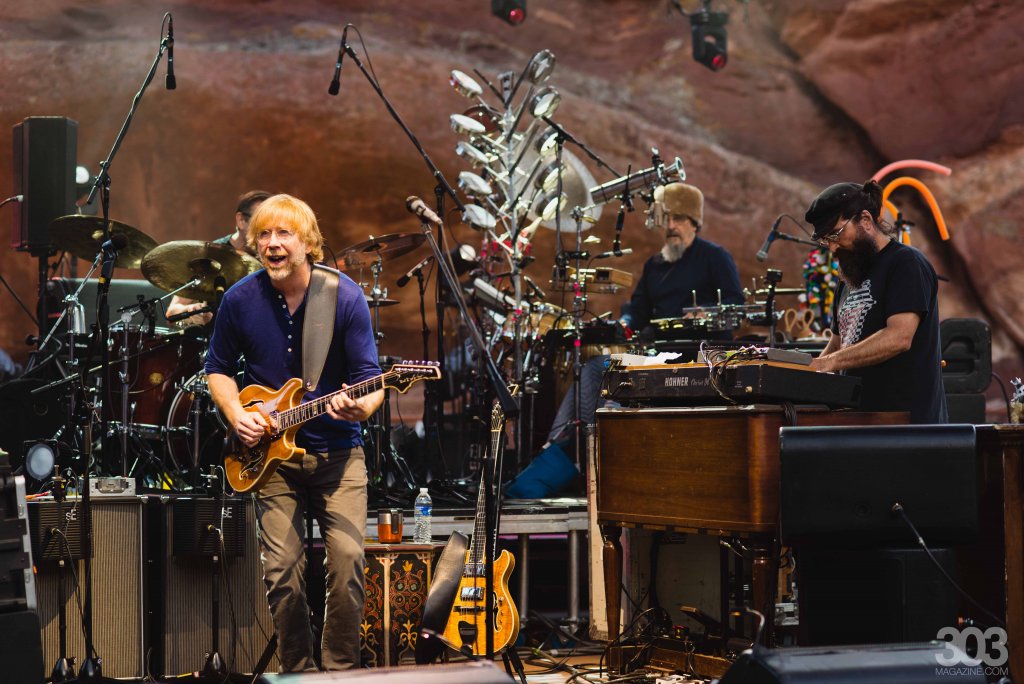 “Sand,” one of my favorite songs, was played in the first set, as well as “Gotta Jibboo.” The two are TAB originals played by Phish frequently. They were mixed in with other TAB classics such as “Curlew’s Call” and “Cayman Review.” “Magilla” was covered by TAB, a Phish original song. This highlighted the rooted sound of TAB from Anastasio’s career with Phish, but also showcased how they can take the structure of a song and add a whole new element of sound to it. The jazzy big band sound from the band allowed Trey to experiment with bluesy guitar riffs.

What was extremely noteworthy about TAB’s Red Rocks show, outside of the incredible range of sound going from a slow, melodic sound, to a funk jam, into Anastasio’s just shredding the guitar, was the variety of covers from other bands that was implemented into the show.

“Feel It Still” by Portugal. The Man, as well as “It Makes No Difference” by The Band played in the first set showcased that Anastasio and TAB encompass a sound that goes so much further than just a jam band. Yes, improvisational jams are still intertwined majestically into their songs, but the way in which they can take songs and add a spicy twist with a big band sound and guitar riffs that are so notoriously associated with Anastasio. 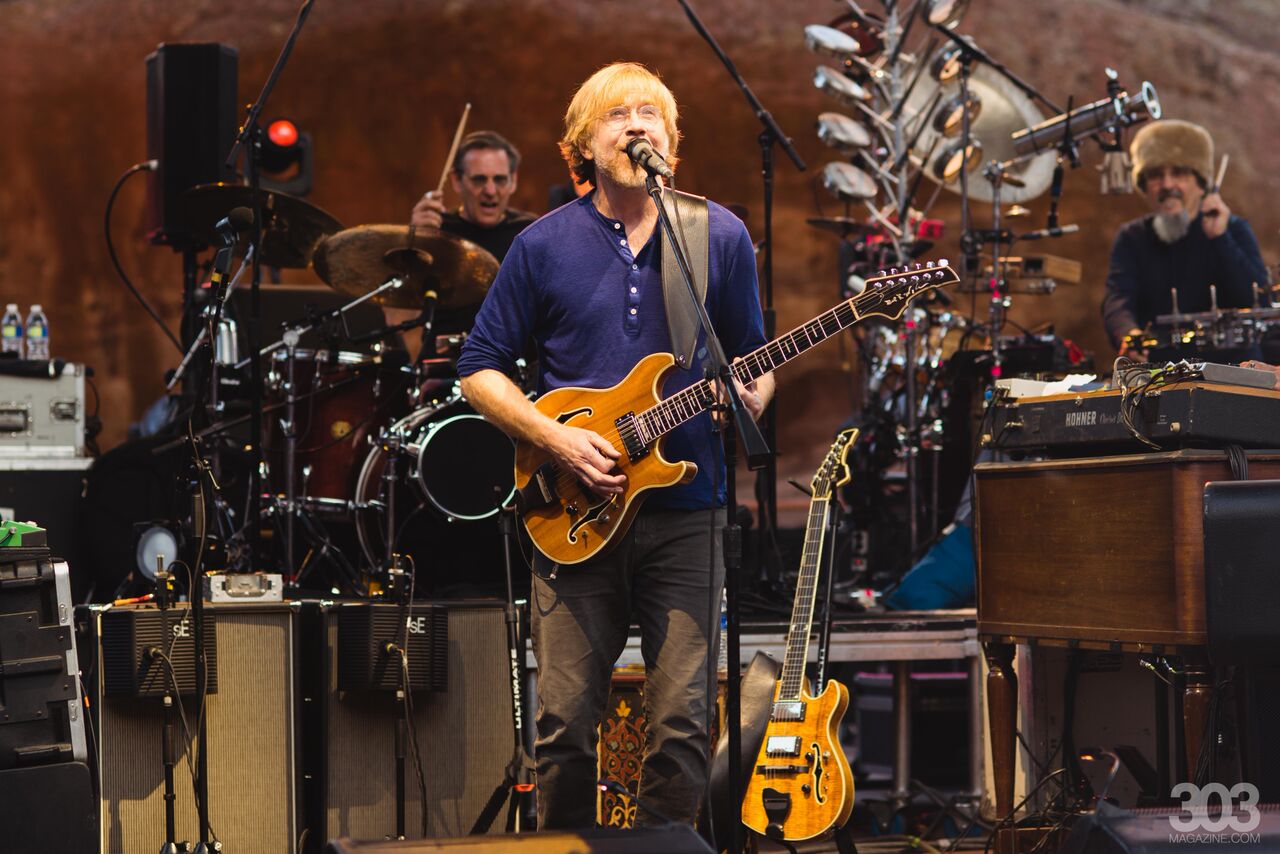 TAB originals dominated the second set, such as their newest original “Everything’s Alright” as well as “Drifting” and “Architect.” What continued to astonish me through the night was their capability to cover songs that are worlds apart from the “jam-band” scene. “Delta Lady” by Leon Russel was the first cover for the second set and launched me into thinking about how much bigger Anastasio is than just a guitarist for Phish as many seem to label him. He is a world-class, talented musician who has played with orchestras and sat in with many different bands, most recently Vulfpeck.

This was exemplified when TAB covered “Clint Eastwood” by the Gorillaz. Taking a song, that is pretty hard to cover, rocking it and adding their own signature spin to it is not an easy task to do. The world of sound brought by TAB was also highlighted with the end of the second set’s Irish traditional song, “The Parting Glass.”

The encore transitioned into a fun and very danceable “First Tube” Phish cover, then into a cover of “Dazed and Confused.” Singer and trumpet player, Jennifer Hartswick, left those attending the Red Rocks shows with chills as she covered this rock legend song with epic vocal talent. It was one of those moments where I gazed upon one of the most beautiful venues in the world, watching as a sea of fans sway back and forth to sounds of a band that encompasses so much talent that it was no surprise the show sold out Red Rocks. 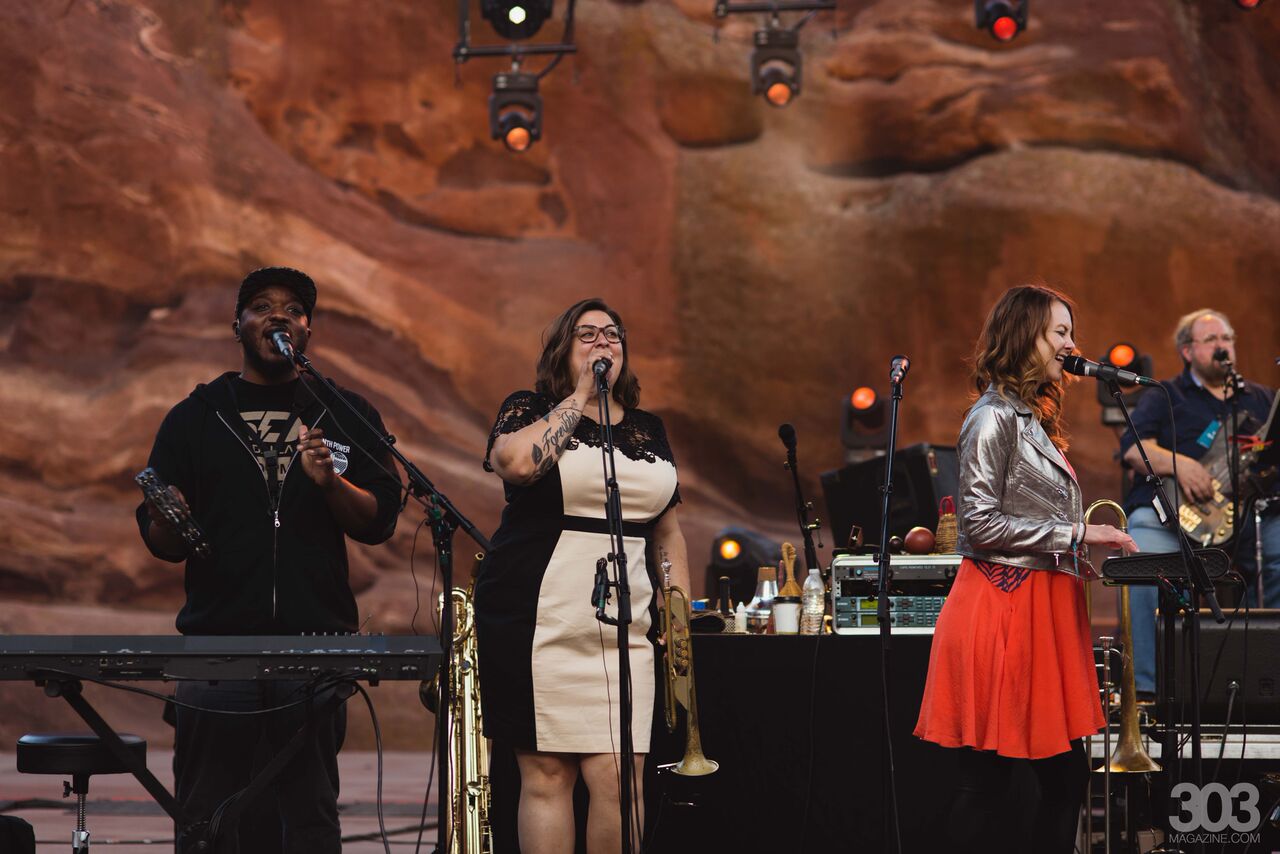 The atmosphere reflected the love and gratitude radiating from the stage. So much so that I witnessed a proposal happen right next me in the middle of a fun and lighthearted “Plasma.”

Seriously, Trey Anastasio Band encompasses a blend of sounds that are hard to put into words, but something that overpowers the mind and the body to just surrender to the flow.