On April 20, the International Church of Cannabis opened its doors, revealing a colorful world inside. That day, Denver not only acquired a new dimension to both its spiritual and its cannabis culture, it also became the home to the new large-scale, kaleidoscopic work of art that adorned the walls of the sanctuary. Inside the church, geometric neon colors and shapes seem to unfold upwards. The eye-catching mural is filled with images of a bear, a bull, two anthropomorphic birds and an ancestral eagle, while eyes filled with the night stars appear to look both down and outwards.

This is one of artist Okuda San Miguel’s colorfully surrealist murals. The painter is unique in that he’s achieved mainstream success — he even gets commissioned for large-scale pieces. One of the most notable is the interior of the 2015 Kaos Temple, a 1912 Spanish church now transformed into a skate park. San Miguel clearly has a vision – to find out more, we called the artist at his home in Madrid.

He was born in 1980 in the northwest of Spain. San Miguel also works in photography, sculpture and mixed media, but street art is what he does best and most. This is no accident. As a kid, he always loved to draw and he was often in the street, so for him, graffiti was spontaneous. He and his friends formed the first graffiti crew in his native city of Santander, the “Jungle Junkies” (a reference to the hidden places where they painted). Before them, the city only had two murals, so San Miguel had to create his own inspiration. Perhaps this is why he joked, what he does is, “Pretty far from the classic concept of graffiti.”

San Miguel’s art is defined by multicolored geometric structures and patterns, rainbow architecture and organic shapes that often play with the concept of identity and anonymity – he frequently employs images of headless animals and faceless individuals, their faces fractal rainbows. According to the artist’s statement, this is to, “Show equality among the different races, placing all skin types on the same level; multicolors symbolize multiculturalism.” Ironically, San Miguel’s own Spanish identity still shines through. “It wasn’t intentional,” he admitted, but he realized over time that his bright colors and optimistic style replicate the sunny warmth of his own home country.

Yet, the pervasive theme in the artist’s work can be found from his travels worldwide. The artist noted that not only is Spain a country of many cultures, but that he also draws inspiration from places like South America, Asia and Africa. San Miguel still travels the world to paint. Like any good graffiti artist, he hasn’t abandoned his “illegal” art, or, as he diplomatically put it, “Transforming an area without anyone having asked.” 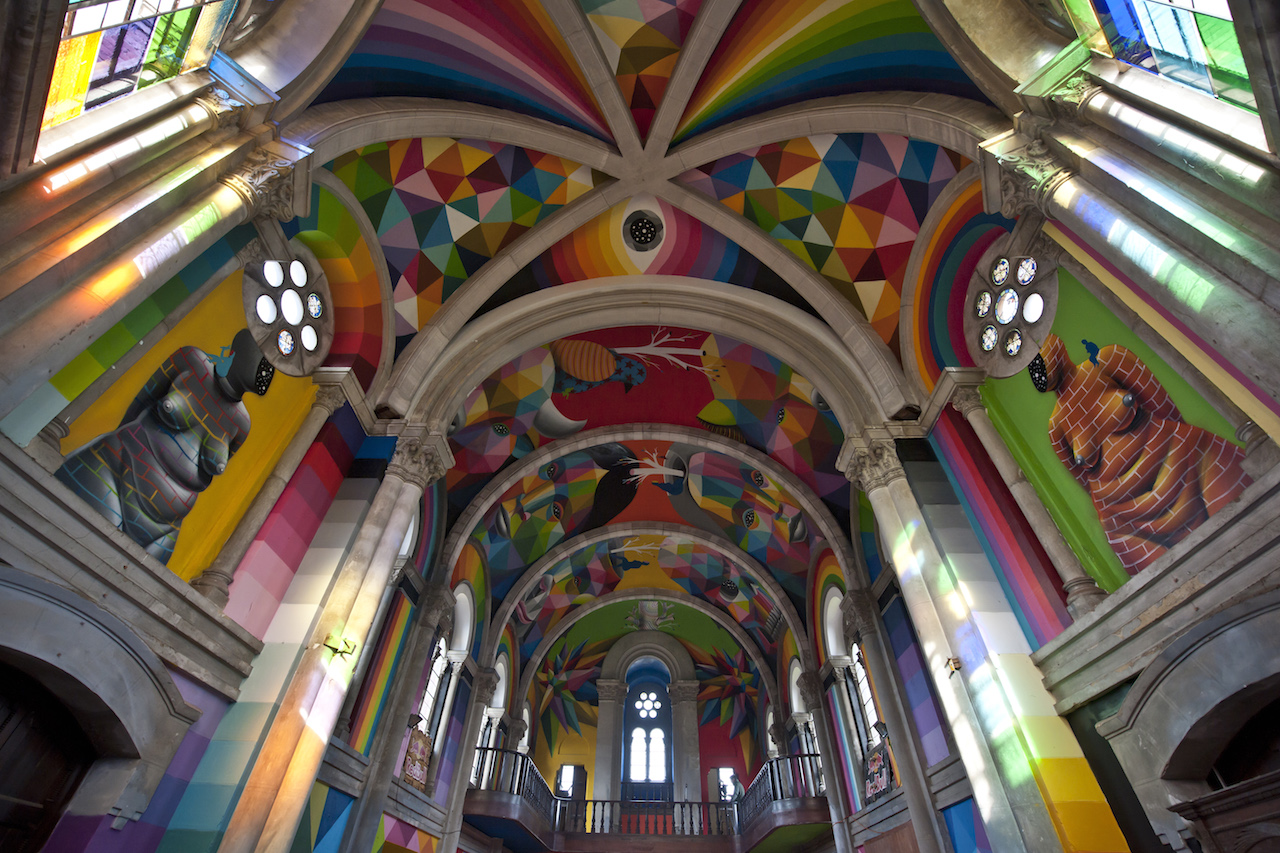 By illegal, the artist more or less means “permit-less.” In any case, as he clarified, “It isn’t really illegal,” not quite – it isn’t hurting anyone.” He continued, “I think what’s important is not if they asked you. It’s that, in the end, you really transform the space, and any transformation is going to interact with the people who live [there].” He most recalled Morocco, where an abandoned church became a popular hangout, or a newly rainbow train in Kiev, Ukraine; “The buildings were so gray,” he recalled, “They needed some color.” What moves San Miguel the most is still bringing art to people with little means to pay for it.

This doesn’t mean that some commissioned pieces can’t be extremely interesting. The artist’s voice became more animated in talking about his work in Denver. For him, in the end, “It’s a rebel yell, a cry to freedom” – particularly for its use of cannabis. He also likes the church’s positive message, which is, according to the church, “To offer a home to adults everywhere who are looking to create the best version of themselves” through cannabis. Its members refer to themselves as “elevationists,” and their congregation doesn’t impose any unquestionable doctrine or divine law. “This is super interesting,”San Miguel said. “It’s nothing like what one would expect from a cannabis club. I hope to see more places like this in the future.”

San Miguel himself doesn’t smoke cannabis, but he shares in the elevationists’ belief that the plant can be a positive influence, citing its illegal status as somewhat arbitrary. As far as the “church” part goes, San Miguel laughs. Since he painted the Kaos Temple church interior, this has been a major topic of conversation for him. His opinion is none too explicit, but nonetheless firm: it’s all, “Positive architecture,” he explained. “And in the end it’s the transformation of a space that once had no life – and now it does.” For him, the driving force remains art. “It’s like art is the universal religion,” he explained, “And I am a disciple of art.”

When asked what advice he has for aspiring artists, he said, “I think that the first and most important thing is to do things with your heart.” He also stresses the importance of having a unique visual identity  —  he attributes everything he has to it. Lastly, San Miguel warns against focusing on monetary success, because, “That’ll come when you’ve done what you have to do, and especially, work hard, be ambitious, constant, disciplined and more than anything, passionate.”

San Miguel’s passion has indeed paid off. It took him less than a week to paint the interior with his two assistants, and, perhaps most impressive, he had no plans until the moment he stepped into the church and looked up at the blank ceiling. “I prefer to let myself be taken by the architecture,” he explained, detailing that he directly communicated with it. “Plus, it’s more fun that way,” he added.

So, beyond carrying out our very own version of the Sistine Chapel in technicolor, what else did he do for fun in Denver? Quite simply, he played fútbol (soccer) with some kids by the church. He had never been to the city before, but the impression he got was that, “Life is good, there. I liked it.” 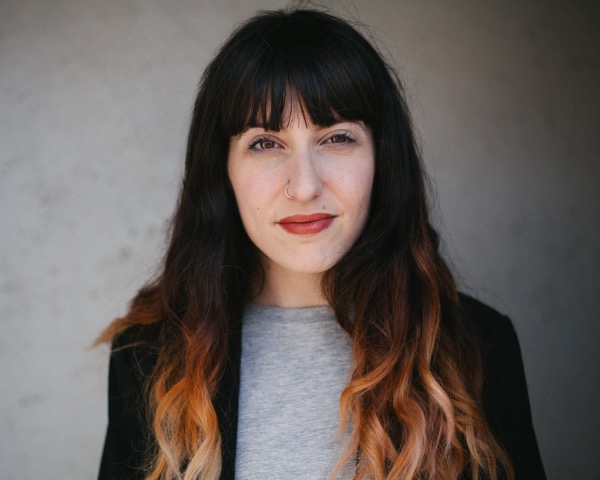 Rae Bathgate is a freelance journalist from Italy, currently based in Barcelona, but left her heart in Colorado after a ten year stint of living in Boulder and Denver. She enjoys art, alternative culture, politics and anything weird and wonderful happening around the world. When she isn’t reading at the Barcelona beach, singing or playing with her cat, Wet Banana, she’s scheming ways to take a trip back to the Rockies for some Colorado sunshine and spicy green chile.