Yikes, we admit that number does not look good — especially for a generation with an affinity for instant gratification. But unfortunately, that is what a study revealed today. Conducted by Abodo, the housing study parsed out how many millennials currently own homes in the 100 most populated US cities. The findings showed something most of us already know — less young people own and more of them rent. In Denver, that means only 34.2 percent of this generation own a home. This puts us at number 63 out of the 100 cities. According to another study by Harvard, this is well below the Baby Boomer’s era and continues a decade-long downward trend of home ownership for young people. As a result, more and more millennials live with their parents (but good news — not as many Denver millennials live at home or are unemployed when compared nationally).

The reason behind this, according to Abodo, is that housing prices and student debts are high and wages are low. So low that if a millennial was able to save 15 percent of their average income a year, it would take 13.1 years to afford the down payment on the median price of a home in the Denver Metro area ($291,299). Nationally, that puts us on the higher end with only areas such as Los Angeles and Honolulu, Hawaii outranking us. 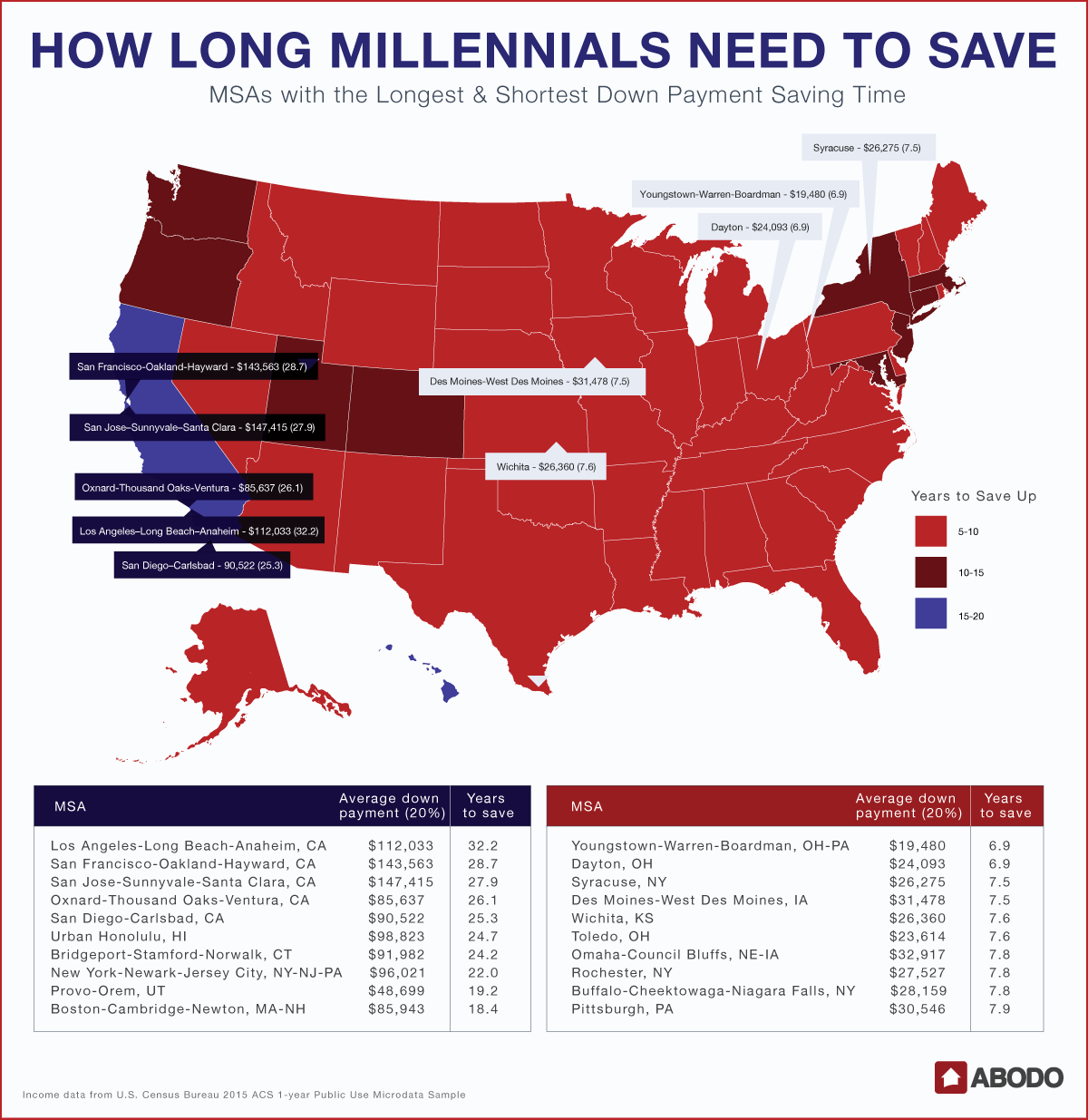 This might be why more and more apartment complexes are being built in Denver. Just last week the Downtown Denver Metro Partnership showed that nearly 10,000 apartments were added to the Downtown Denver area in the last five years. That is almost more homes added to the entire state of Colorado in 2012. This proves that that building up isn’t slowing down. And that maybe avocado toast is a bit more than most of us can afford — but it is by far, not the only problem.

Go here if you want to take a look at the full study.