How One Coloradan Is Combating Racism With Clothing and a Camera

On October 21, 2012, Mowgli Miles snapped a photo that changed his life. “I was just in my old neighborhood, waiting for a friend, and I saw two kids walking. They looked photogenic this day, with a red shirt and a green shirt,” he recalled. “I got one picture … I thought to myself, wow, they’re interracial friends. That’s a sick name, and that’s a sick thing I’m seeing right now. If the world could take a message from what I’m seeing right now … we probably wouldn’t have racism.” Out of that thought and a simple photo, Miles created something he intends to dedicate his life to. 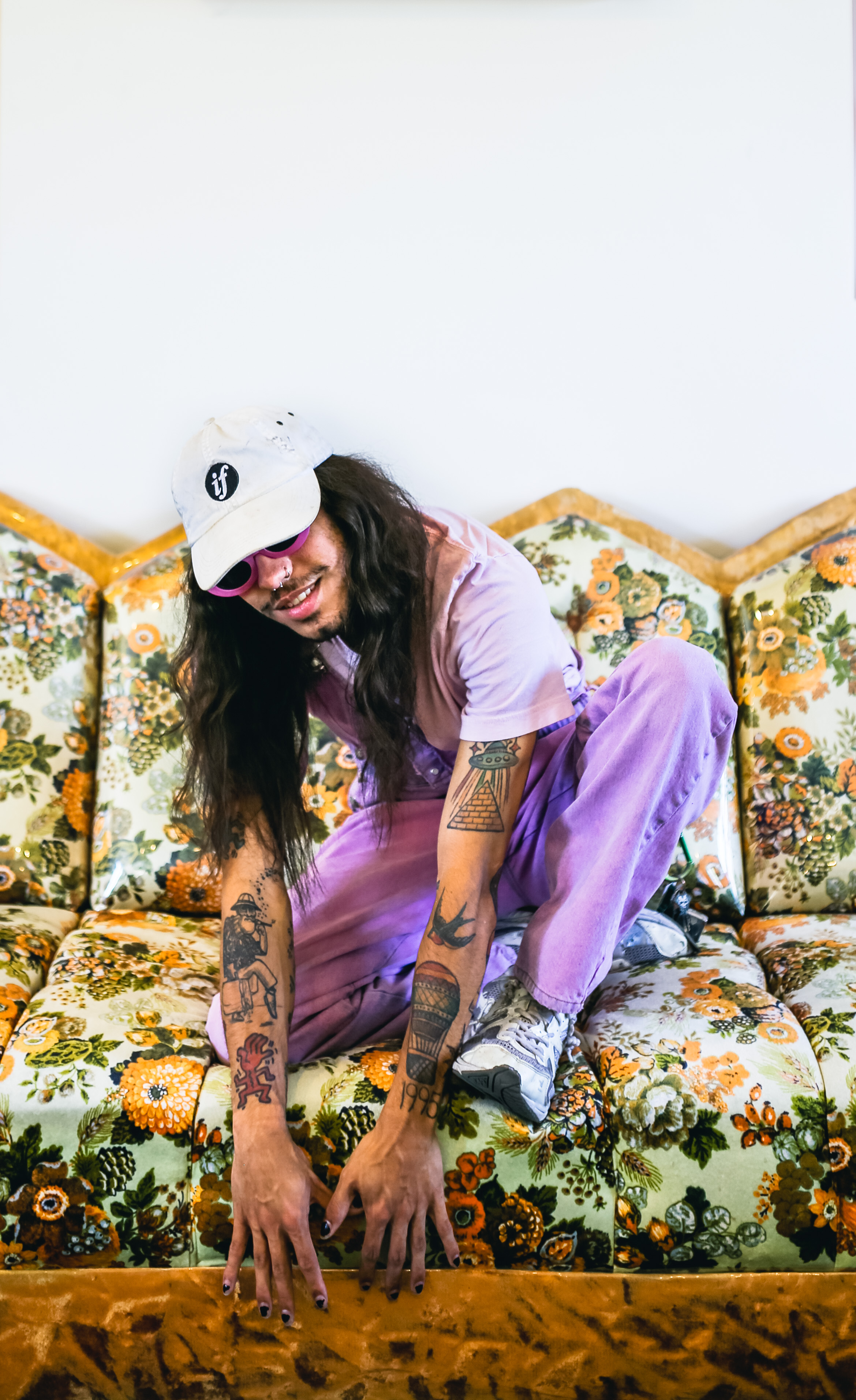 That photo inspired a name — Interracial Friends — and a message: “To end racism to the best of our abilities.” Seeing the two young kids together, one black and one white, inspired Miles to make something out of that simple moment. “We’d be living in such a better world if adults — if everyone —had the mindset of kids in terms of how we look at others.” With that, a brand was born.

Interracial Friends began as clothing label. The idea festered for a while after that day in 2012, and it truly kicked off in 2014 when Miles, 22, released the first shirts — a simple white tee with the black “IF” logo printed on it. He made 25 of them and they sold out within a week. “[That’s when] I realized, ‘Wow, people are willing to hand me their hard-earned money for my idea,’” he said. “People will wear a logo if it has a real message behind it.” That logo is one that Miles has tattooed on his left wrist, and it’s something he wears like a medal of honor. 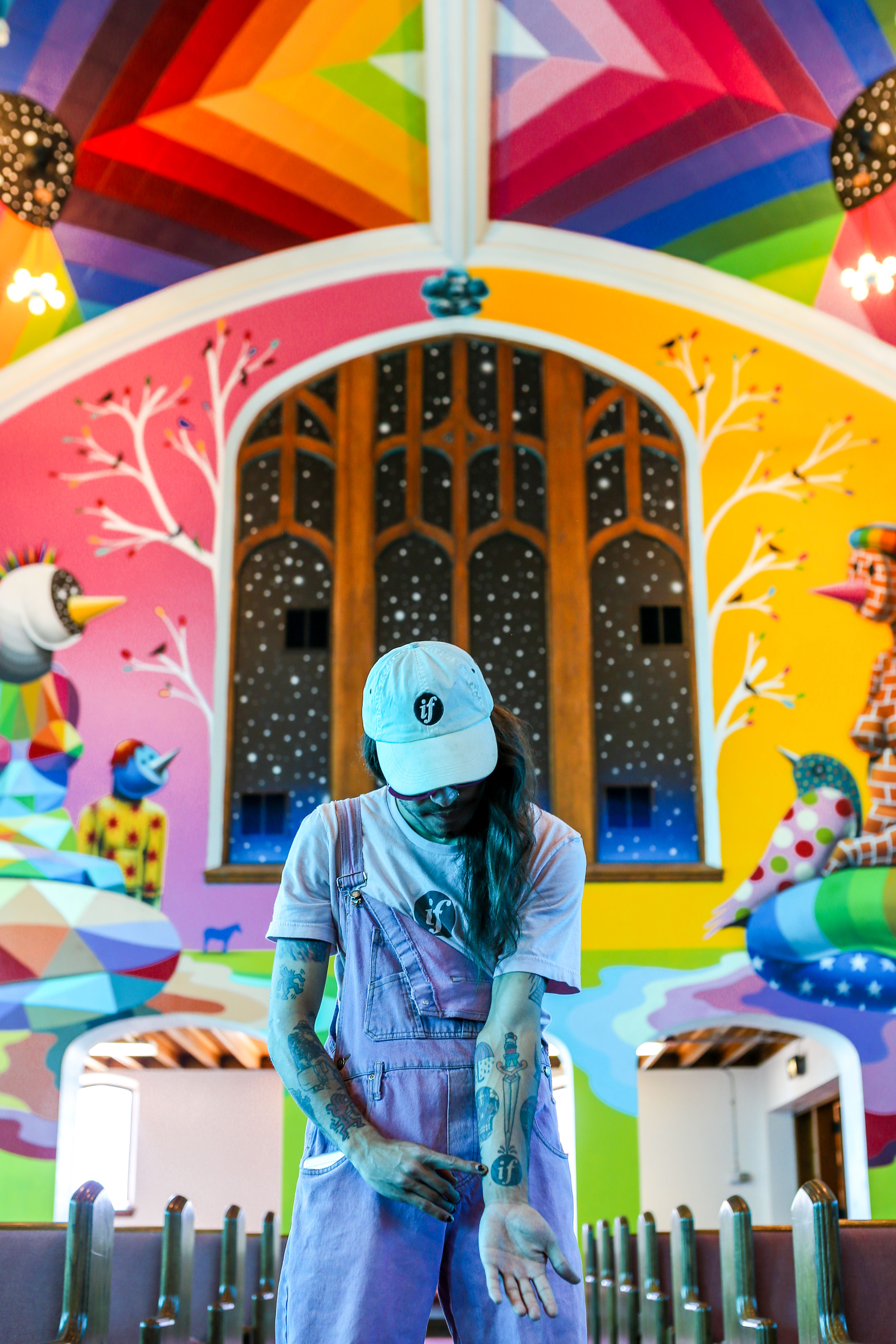 “This came to me naturally by an image I took, an idea, and that’s why I really believe in this,” he said. “When I took that photo, I knew it was something that was going to change my life.” Miles explained that, when that first photo was taken, he was a young high school kid selling weed. If fact, that’s why he was in the neighborhood that day. “If that kid didn’t hit me up for a 20 sac of weed, I would not be sitting across from you right now,” he said. Recently, his past became the butt of a clever joke by Ab-Soul, a renowned hip hop artist, when Miles was able to give him some Interracial Friends gear. “I give [artists] the spiel and tell them my story when I give them stuff, so they know what IF is, like, ‘Yeah, ya know, I used to sell dope, now I sell shirts.’ [Ab-Soul] just looked at the shirt and was like, ‘Still selling dope, my dude,’” he recalled, laughing. “There’s truth to it. I guess I still am selling dope to a certain extent.” 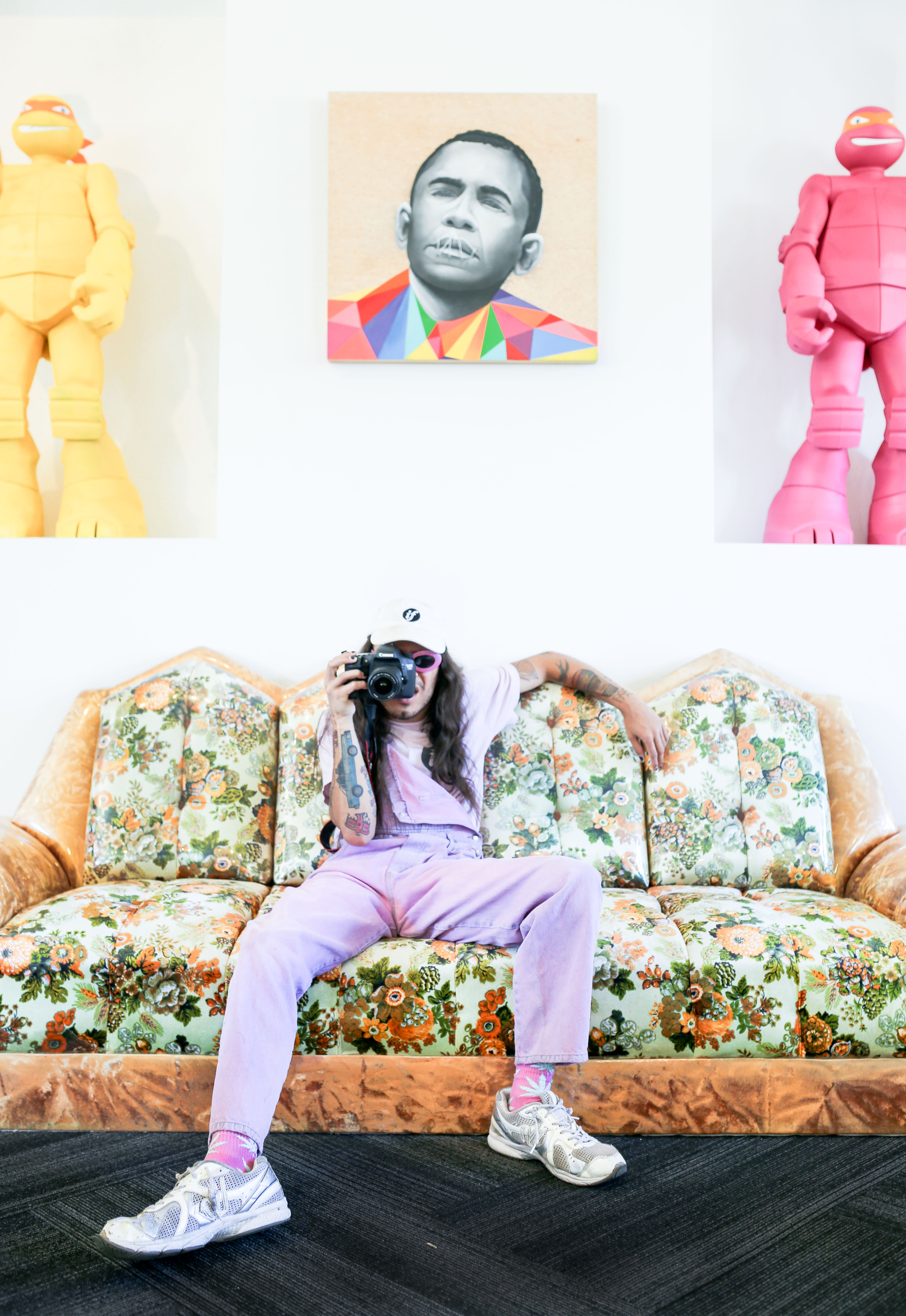 Miles has been able to meet, photograph and give Interracial Friends gear to quite a few notable artists — an opportunity he took advantage of when he realized the potential the brand had to become a media platform as well. He realized he could market the brand as a way to get photo passes to concerts to take photos of his favorite artists — Miles also works as a freelance photographer — and do so while they’re rocking IF clothing. “I realized that would start to work for me when Waka Flocka Flame was the first person to wear IF onstage,” he explained, which happened in 2015. “That was kind of the spark, the start of this for me.”

Ab-Soul and Waka Flocka Flame are just two on a long list of the notable folks Miles has been able to work with, which includes Mod Sun, Run the Jewels, Post Malone, Danny Brown, Ugly God, Wiz Khalifa and Tech N9ne. He’s about to head to Bonanza Campout Festival and then to Summerfest — the world’s largest music festival — to stack up even more names. “A lot of the time the way I actually meet these people is I just pull a stalker. Like lowkey, not weird or anything, but realize these people have to go do soundcheck at some point, they have to go the venue at some point,” he explained. “You’ve just got to treat them like regular people, that’s how they want to be treated. I’ve found they really respond to that.” Miles is also just someone who’s easy to be around. He’s friendly, passionate and wholeheartedly believes in what he’s doing. It’s easy to imagine other artists being attracted to that and his message.

Currently, Interracial Friends clothing is only available for purchase online, and it’s likely to stay that way for a while. “I really have no plans to be in stores unless it makes really good sense [financially],” he said. “I’ve really valued just having my own store front just online.” On the site, you can find two IF shops: the official Interracial Friends merchandise store, and “the rack,” which consists of , “One of one creations, unique items, resale items, thrift store finds” and more that Miles has handcrafted into IF gear.

“The main message behind this brand — its goal — is to remind everyone we’re all the same color on the inside.” 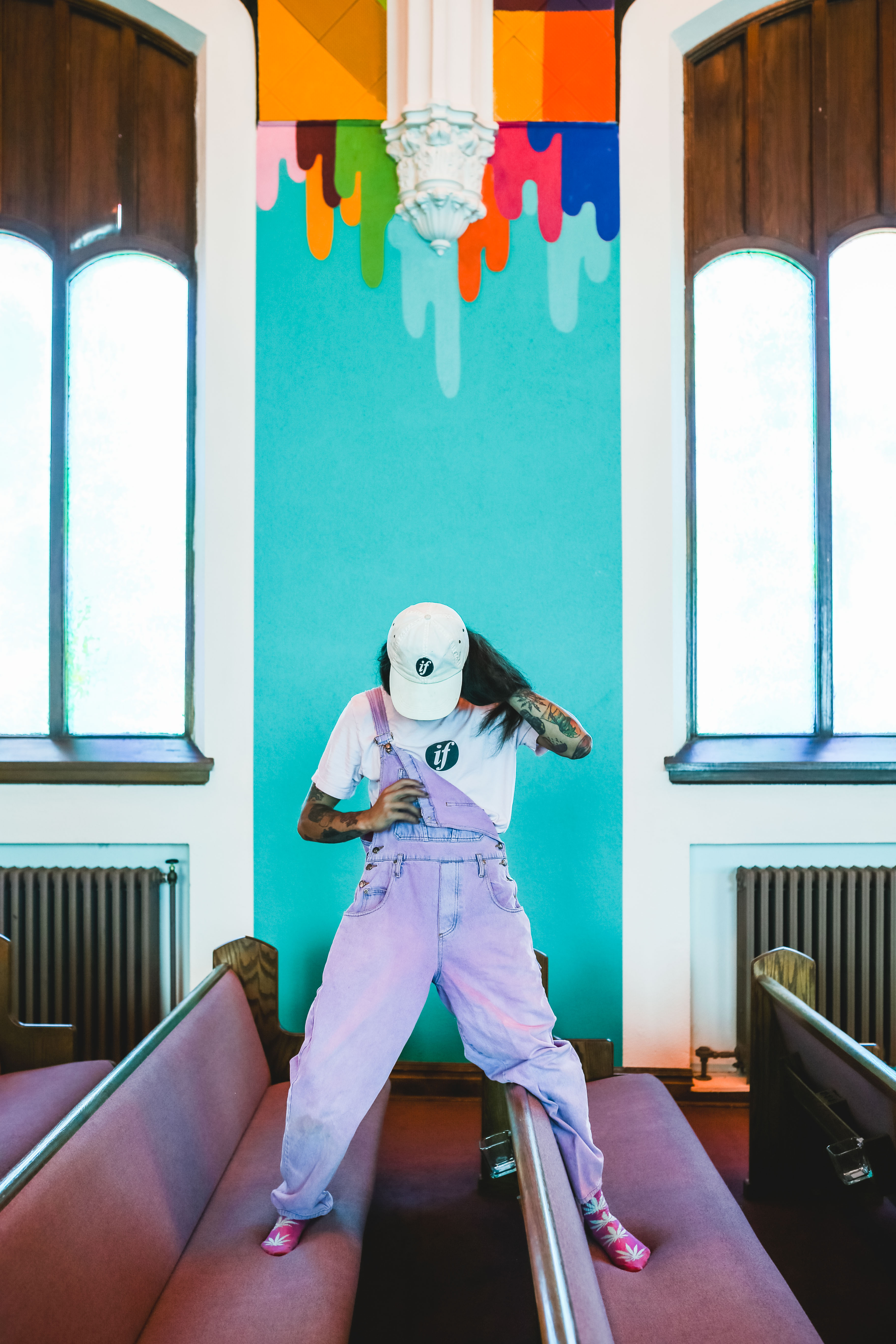 In terms of inspiration, Miles seems to be at no shortage, noting he finds it “everywhere, just looking around, life.” He just follows what he believes in. “Originality and a true message,” he said. “That’s what I find sells.”

And while Miles is determined to make Interracial Friends something big, he doesn’t expect to do it overnight. “Everybody wants their brand to pop off instantly, but I’m like, ‘Nah,’” he said. “This might not be famous for 10 more years, five years. I don’t care. I’m going to do this until I die.” He explained that he’s “building the building blocks,” following some intuition and believes that 2020 will be the year the brand blows up. Until then, he’ll be working day in and day out to get it to that point.

“I still have a lot of work to do here with IF. I still have a lot of people to reach — the world, for one. But I think it’s ultimately going to be huge.” He anticipates the Interracial Friends logo becoming an icon, and one with meaning. “The main message behind this brand — its goal — is to remind everyone we’re all the same color on the inside,” he said. “That’s why I know this brand can really flourish and grow, because everyone vibes with the message that Interracial Friends has to offer unless you’re racist. The majority of the people in this world are good, decent people who enjoy good, decent things and that’s why this brand is gunna blow up.” 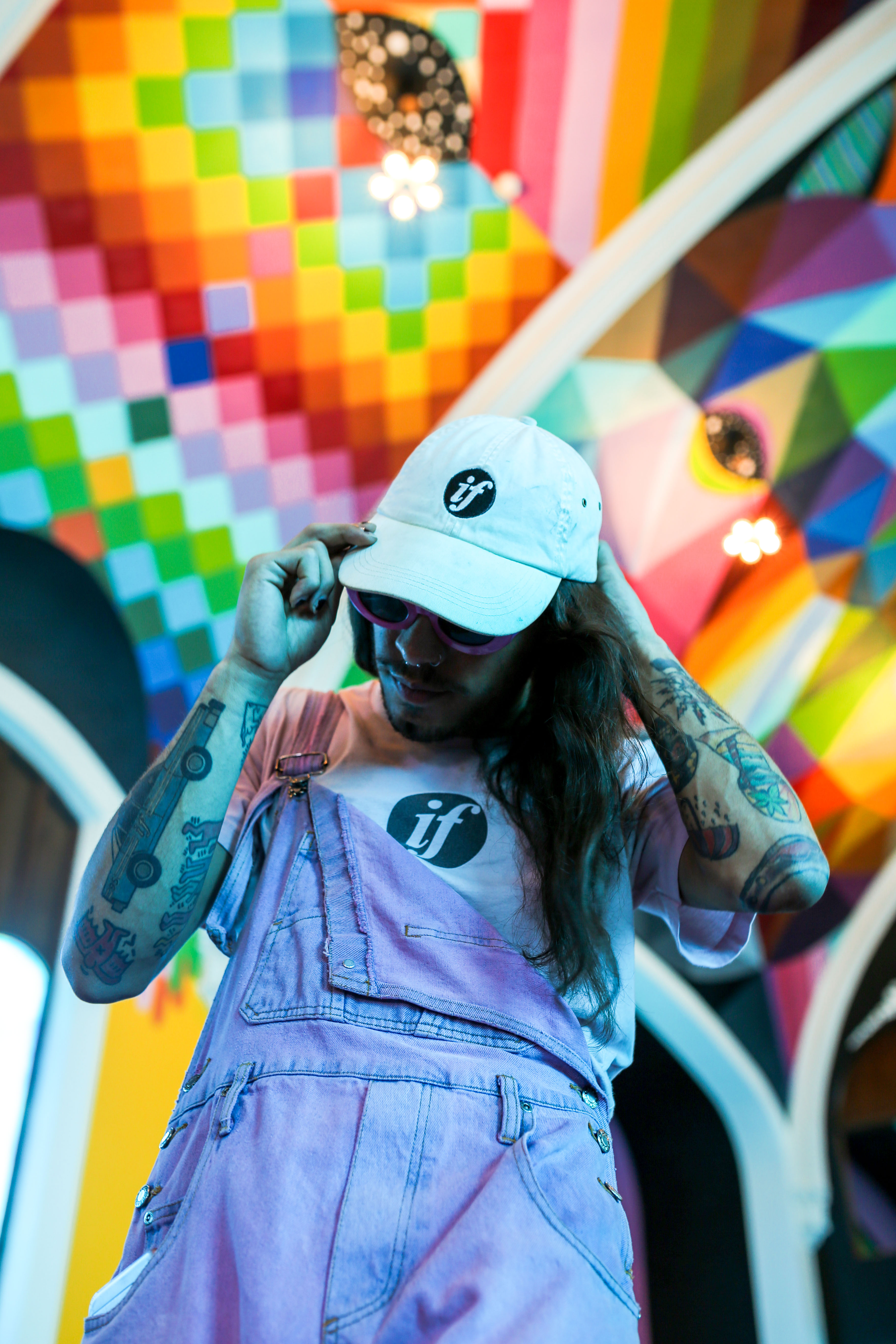