Tom Petty is one of the last true classic rock icons that can still throw down a giant tour after 40 years and make it look easy. This tour, appropriately named the 40th Anniversary Tour, brought the legend back to Denver for two nights. In the last few years, Petty has continued rocking arenas around the globe, but Monday Night’s Memorial Day show had a special vibe to it as Petty showed no signs of age or deteriorating stage presence. Most recently, his latest albums Hypnotic Eye and Nobody’s Children have been well received and featured all of the old ‘Breakers: Petty, Mike Campbell, Scott Thurston, Bentmont Tench, Ron Blair, Steve Ferrone and other musicians Josh Jove, Ryan Ulyate and Alan Weidel.

In Petty’s premiere performance of the two-night run, he proved just how an icon can age into a seasoned pillar of classic rock royalty without surrendering his authenticity. The rocker, clad in his trademark bob haircut, sunglasses and blazer utilized his platform by gifting his loyal following with a set full of eagerly anticipated hits. Tickets for the dual performance were running up to $334 each on StubHub if you didn’t get a regular priced ticket, on sale on April 20 for $50 and up. Typically, when Red Rocks sells out a show, there can be an expected number of wanderers holding one finger up, hoping to snag a possible extra floating around. On Monday, those wanderers were far beyond the usual parts of the parking lot and could be found as far up as the interstate. 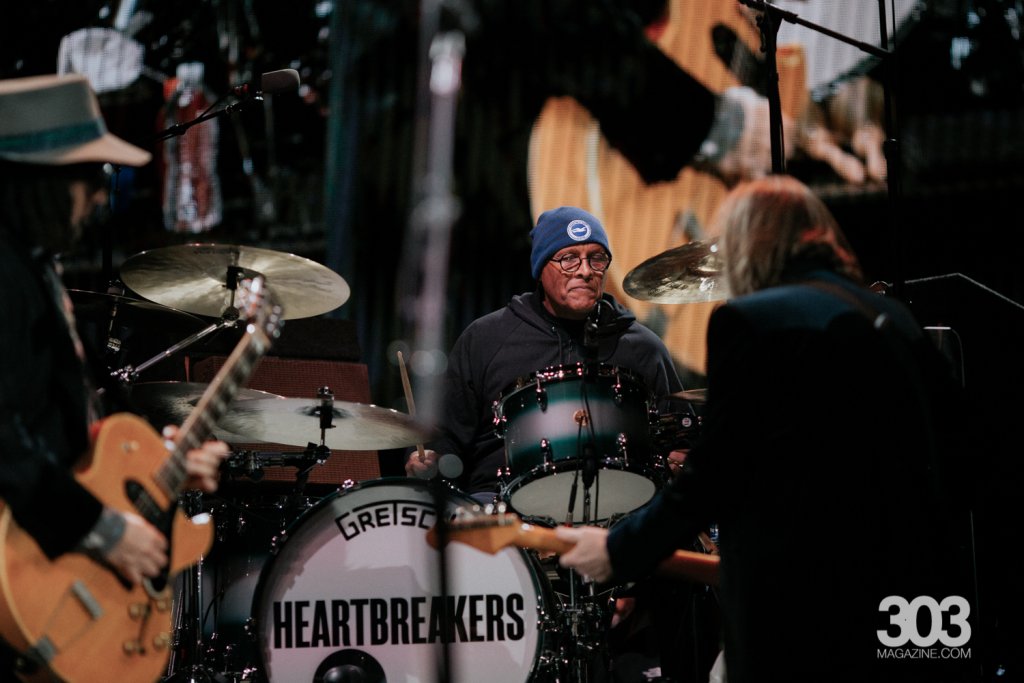 The weather left fans on their toes, sprinkling showers on the landscape on and off throughout the day. By 7 p.m., the slated time for the show to begin, the temperature had dropped several degrees and most were wrapped up in warm gear. However, just as fans found their seats and prepared for opener Joe Walsh, the sun broke through and jackets came off.

Rarely does one living legend open for another, but this tour delivered just that. Joe Walsh of the Eagles, Barnstorm, the Party Boys, James Gang, Ringo Starr & His All-Starr Band and The Best walked onto the Monolithic stage at 7:30 p.m. to get the night moving. “Ordinary Average Guy” and “Take it to the Limit” rocked out after Walsh paid homage to past Eagles mate Glenn Frey. Walsh gave the audience several chuckles, one after grabbing a bullhorn to declare, “But wait! There’s more!” 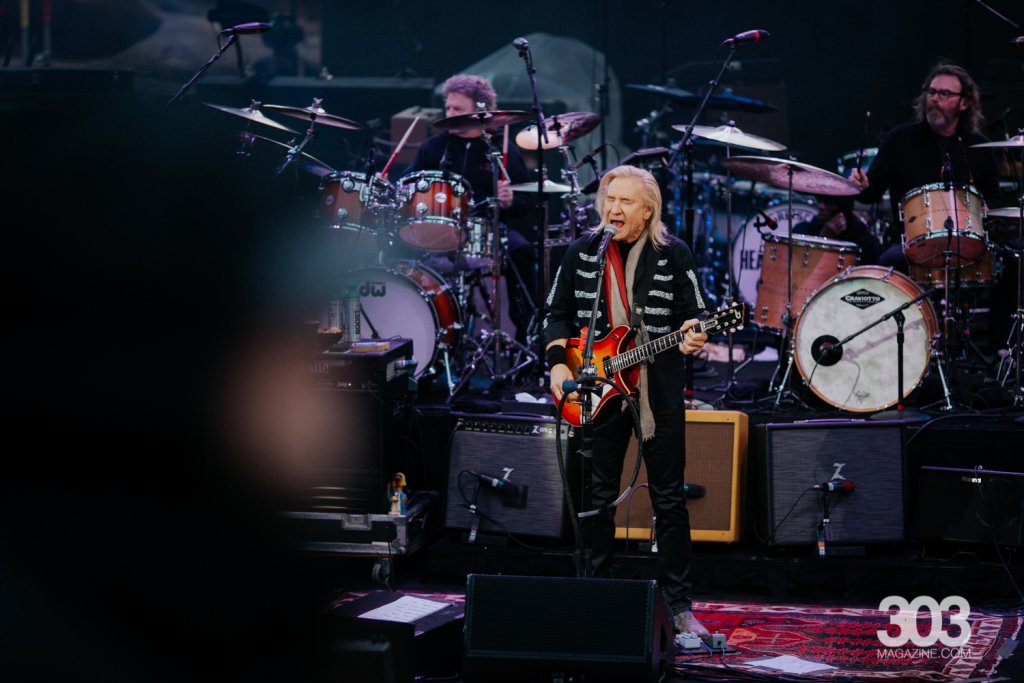 Walsh switched guitars after nearly every song, giving him a few minutes here and there to introduce his band. “Your parents really loved this song,” Walsh declared comically before blasting “In the City.” “Life’s Been Good” required some crowd interaction, with Walsh demanding vocal “Uhhs” on his command. “I am going to need those, and when you are walking down the mountain tonight you can think to yourself, ‘I really made a difference.'” “Rocky Mountain Way” ended his prolific time on stage, giving Red Rocks a chance to rest before the headliner around 8:30 p.m. 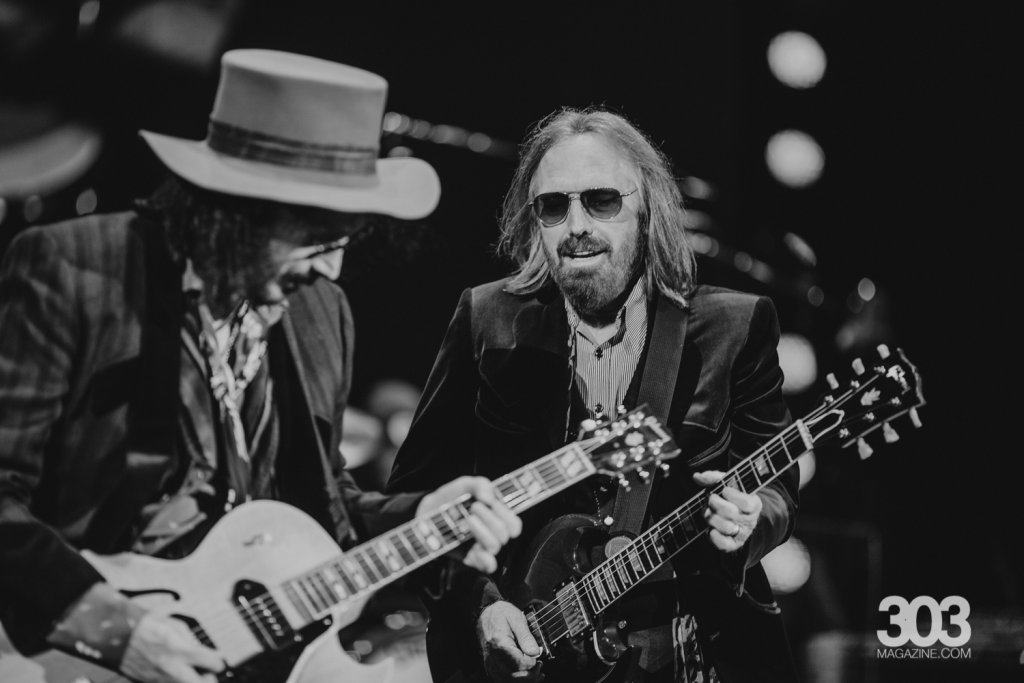 Just after 9 p.m. the house lights went down after a lengthy montage of tour photos were displayed over the huge screens. “We’re going to play 100% rock ‘n’ roll tonight, he said as he began “Rockin’ Around (With You).” Petty got right in to the nitty gritty, playing “Maryjane’s Last Dance” followed by “You Don’t Know How it Feels.”

A show like Petty’s is unique in that nearly every moment of the two and a half hour set were songs of epic stature, songs that even a non-fan could have recognized and sang a long with. Newer track “Forgotten Man” fit the evening, since it was Memorial Day night. It touches on the pain and strife that sadly comes along with being a veteran.

“We’re so happy to be here with you tonight,” Petty declared. “We’re playing tonight like it’s one big record and we’ll just drop the needle wherever.”

About halfway through the night, the band played a song Petty claimed they hadn’t played in decades, which came as a surprise considering the track was hit “You Got Lucky.” “I won’t Back Down,” “Free Fallin'” and “Walls” added perfect contributions to an already stellar setlist. After introducing the band to all, Petty took the next few songs lightly, allowing the crowd’s collective voice to amplify “It’s Good to be King,” “Crawling Back to You” and “Wildflowers.” 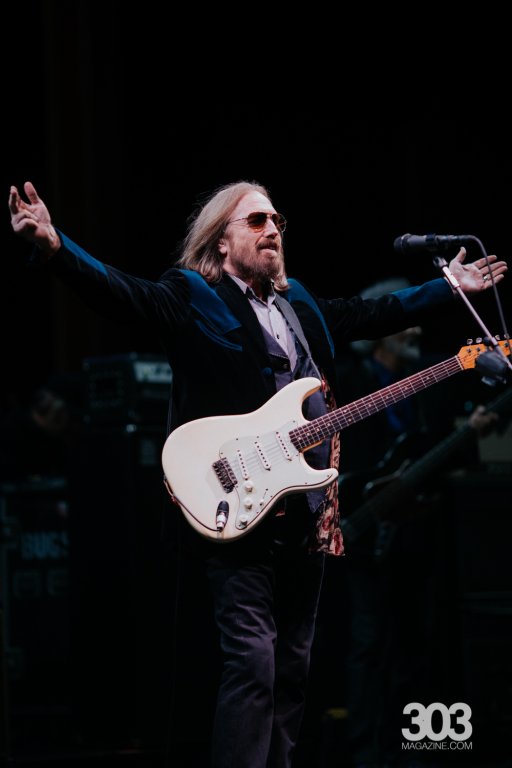 Rounding out the night with “Learnin’ to Fly,” “Yer So Bad,” “I Should have Known it,” “Refugee” and “Runnin’ Down a Dream,” it was safe to say that at least most of the favorites of everyone in attendance had been performed. Whether you are only making it to one of the nights or both, hopefully you were able to cross at least one first off of your bucket list. Though we were not there for night two, we can still hear the decades of hits ringing in between our ears. Until next time, King.

All photography by Ryan Good. See the full gallery here.