Review – THEY. Brought a Nü Religion to Denver

As the lights dimmed to signal the start of the show, the already packed out pit was somehow condensed even more. Fans wormed shoulder to shoulder through the crowd trying their hardest to obtain a decent view of the stage. An ominous excitement filled the venue as a foreboding bass crept into earshot while the only visible lights were shrouded in thick, artificial fog. Wondering where THEY. were going to enter the stage – as there was no sign of the duo – the curiosity was quickly answered as two hooded figures leapt out of the crowd and onto the stage. Draped in black-velvet cloaks, the two began their haunting performance of “Africa.” Except for the rise and fall of their mics, the two remained face to face, unmoved for the duration of the song. 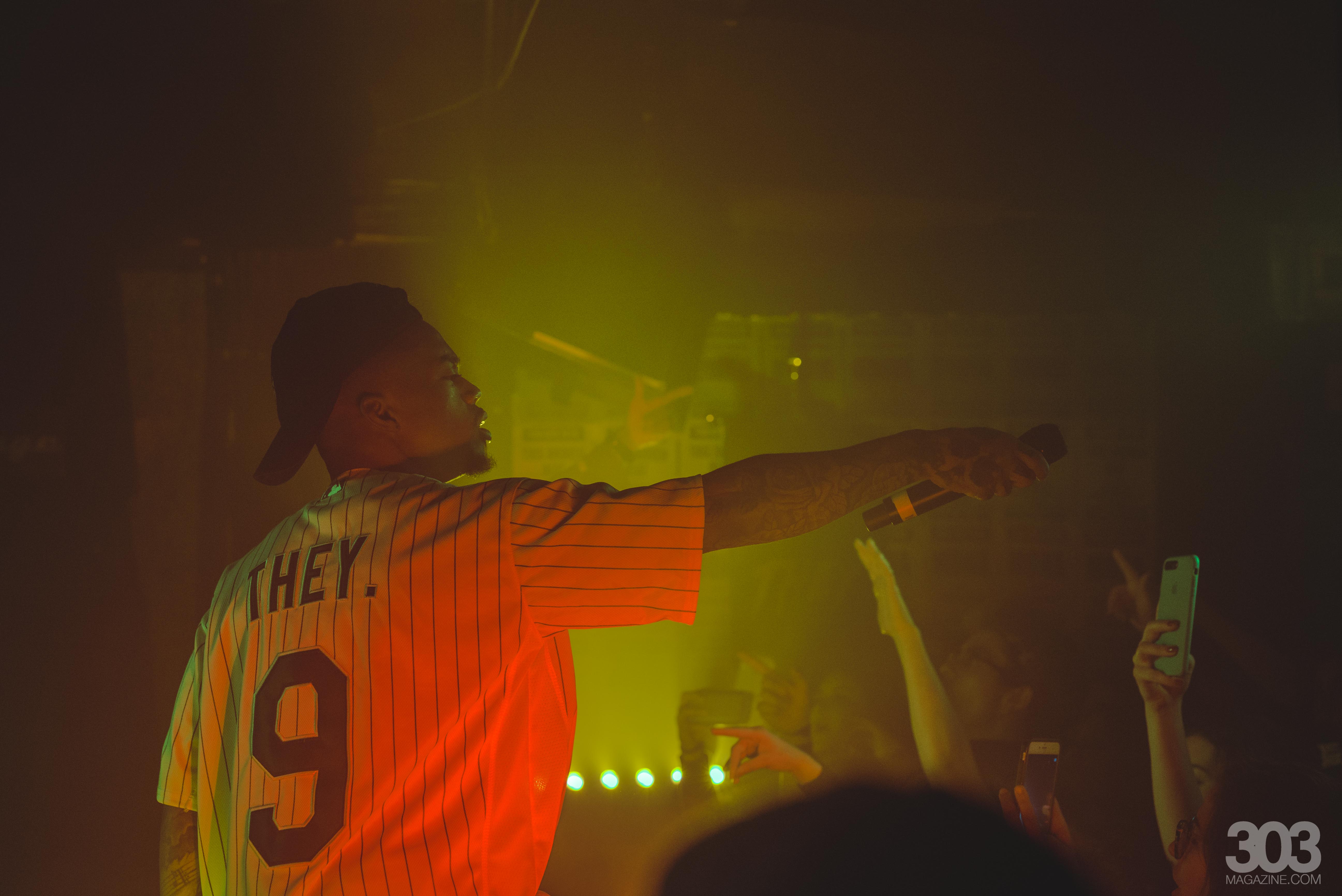 Proceeding the memorable introduction, Dante Jones headed back to the keyboard. After waiting for the crowd to quiet their howls of adoration, he voiced his opening statement– “I want to welcome you to the Nü Religion.” As the crowd commenced hysteria, fellow artist Drew Love approached downstage beginning “Deep End.” Having only listened to their studio album, and conscious of the amount of autotune used in producing these days, I wasn’t sure how their vocal range would fair live. But the moment Love began singing, I was instantly blown away. His ability to maneuver around stage, engage the audience, all while preserving pitch is a talent he had seemed to master. 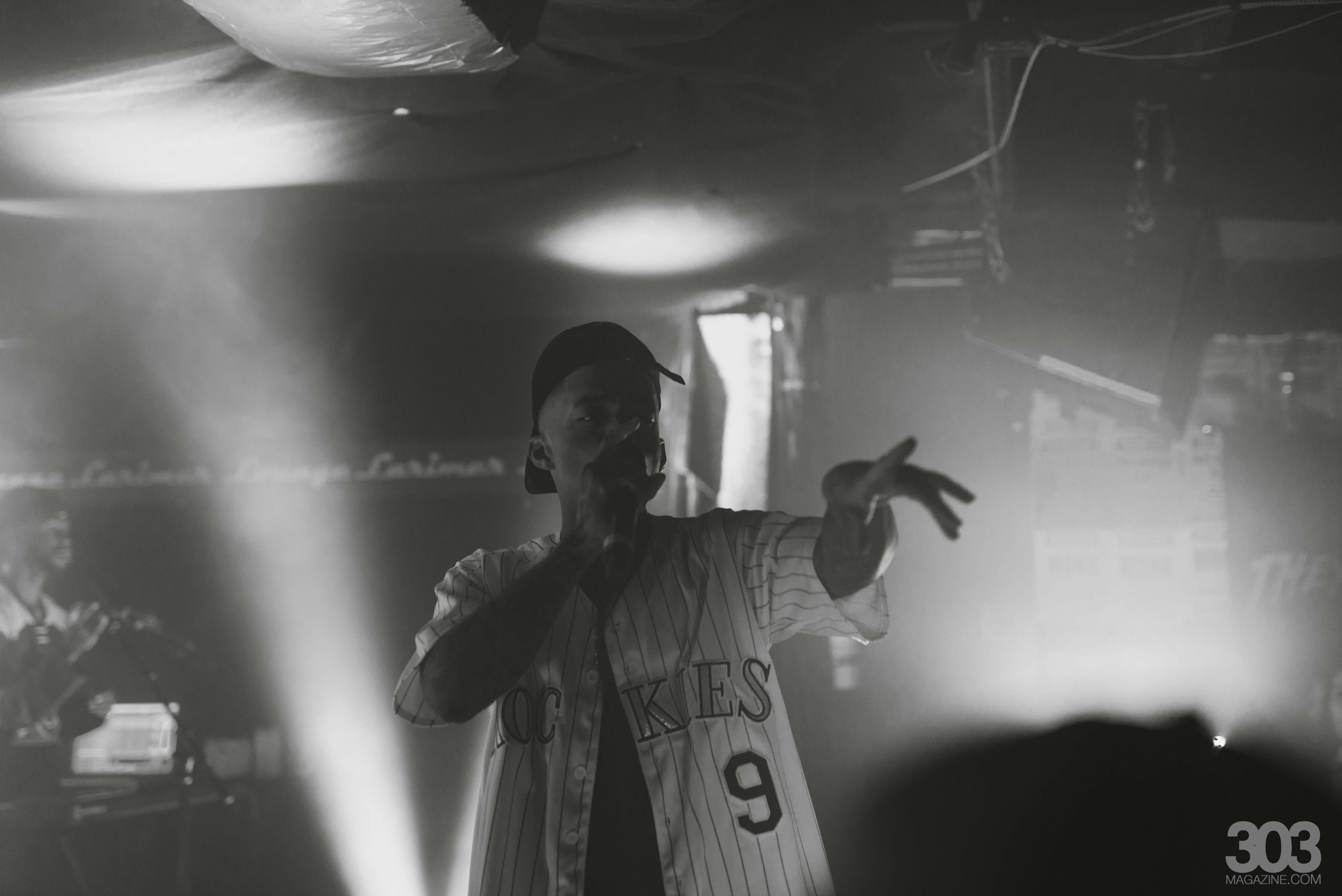 After taking a few moments to vocalize their pride and gratitude to finally headline a show in Jones’ hometown, the duo continued on with an electrifying performance of “Bad Habits,” “What You Want” and “Silence.” Concluding the song, Jones once again headed back to his keyboard as Drew invited a female fan onto the stage. After serenading the lucky lady with The Weeknd’s “High for This,” THEY. showcased their impeccable acoustic capabilities by performing a live piano reprise of their song “All.” 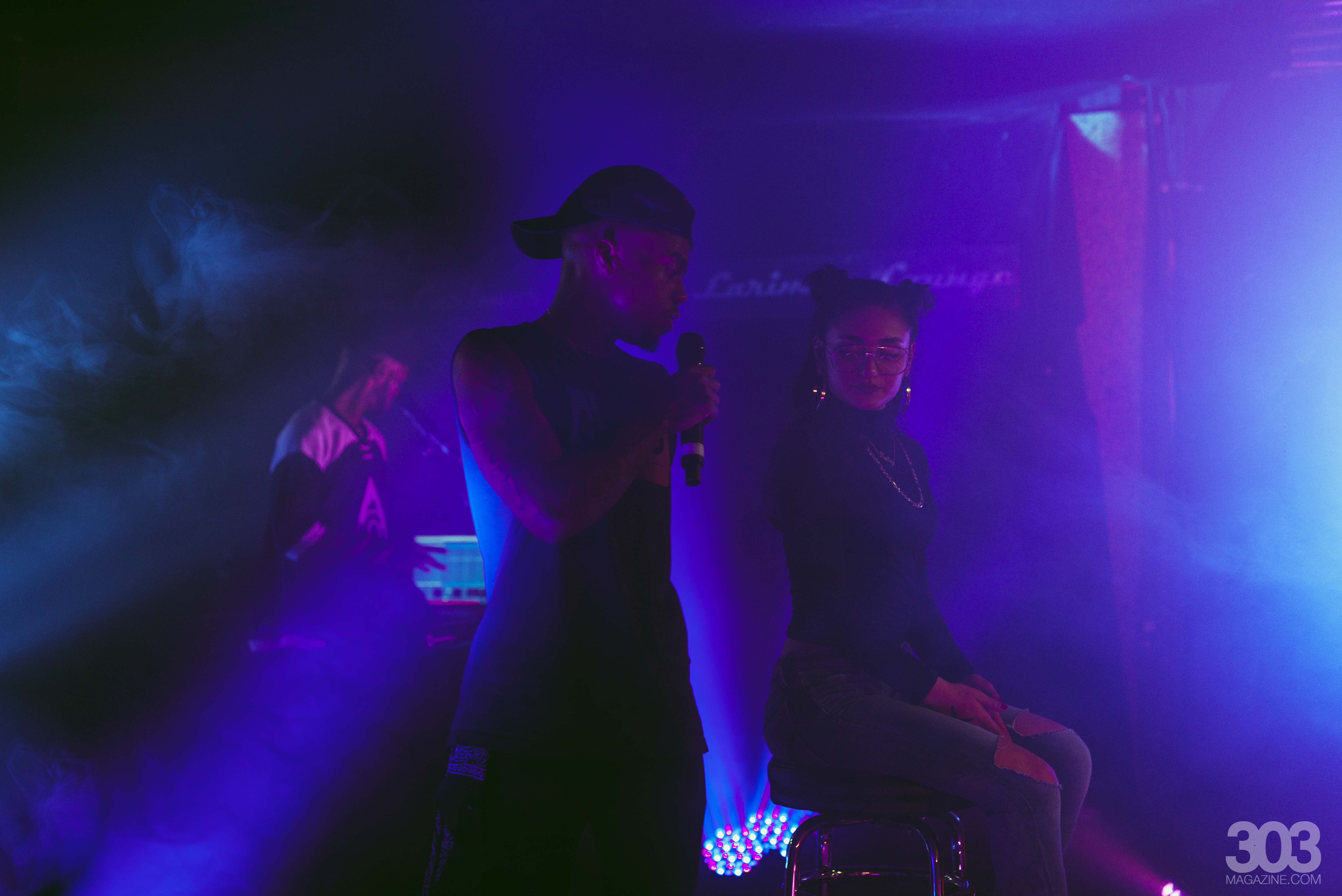 Following the impressive instrumental piece, Dante headed back to center stage. He addressed the audience on acknowledging and standing up to the social injustices taking place in our country. He spoke on the betterment of our society by treating people with humanity and advocating for those that have had their voices silenced by the current ratification of racial and social discrimination. Following Dante’s speech, Drew shouted into his mic stating, “Yo, fuck that n***a Donald Trump!” And the pair proceeded to play an intensely energetic performance of an unreleased track that personified their feelings toward ongoing political issues. 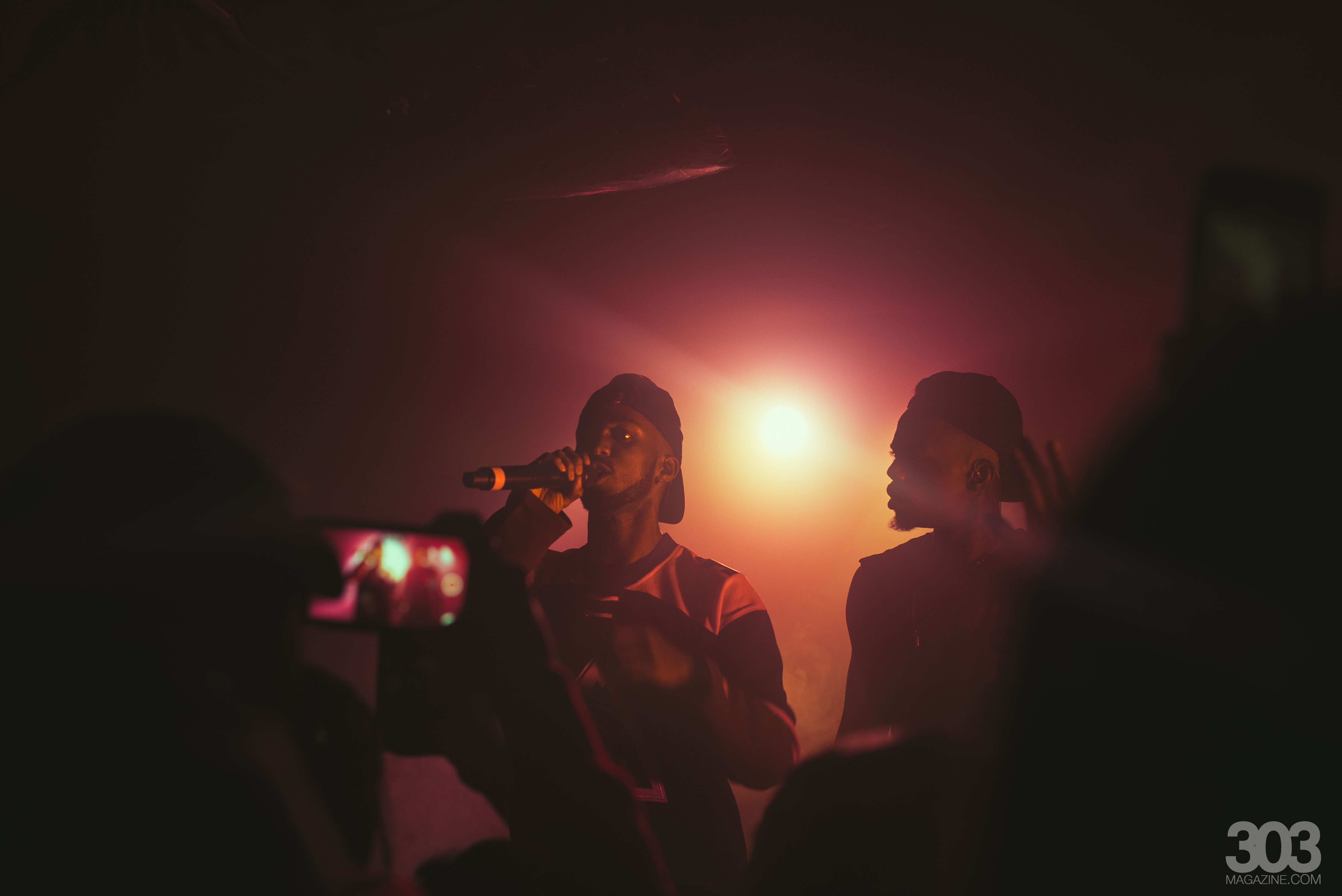 Throughout the rest of the show, the audience was graced with fan favorites “Dante’s Creek,” “Truth Be Told,” “Say When” and “Motley Crew.” Having put on vocally prodigious performances of almost every song on their newly released album Nü Religion, I, and everyone at the venue, knew what song they were going to close with. As the introductory sirens of “U-Rite” begun to play, the audience lost it. And by lost it, I mean began a venue-wide mosh pit. Elbows were thrown and hands were waved high in the air as fans chimed along with their most hype track to date. 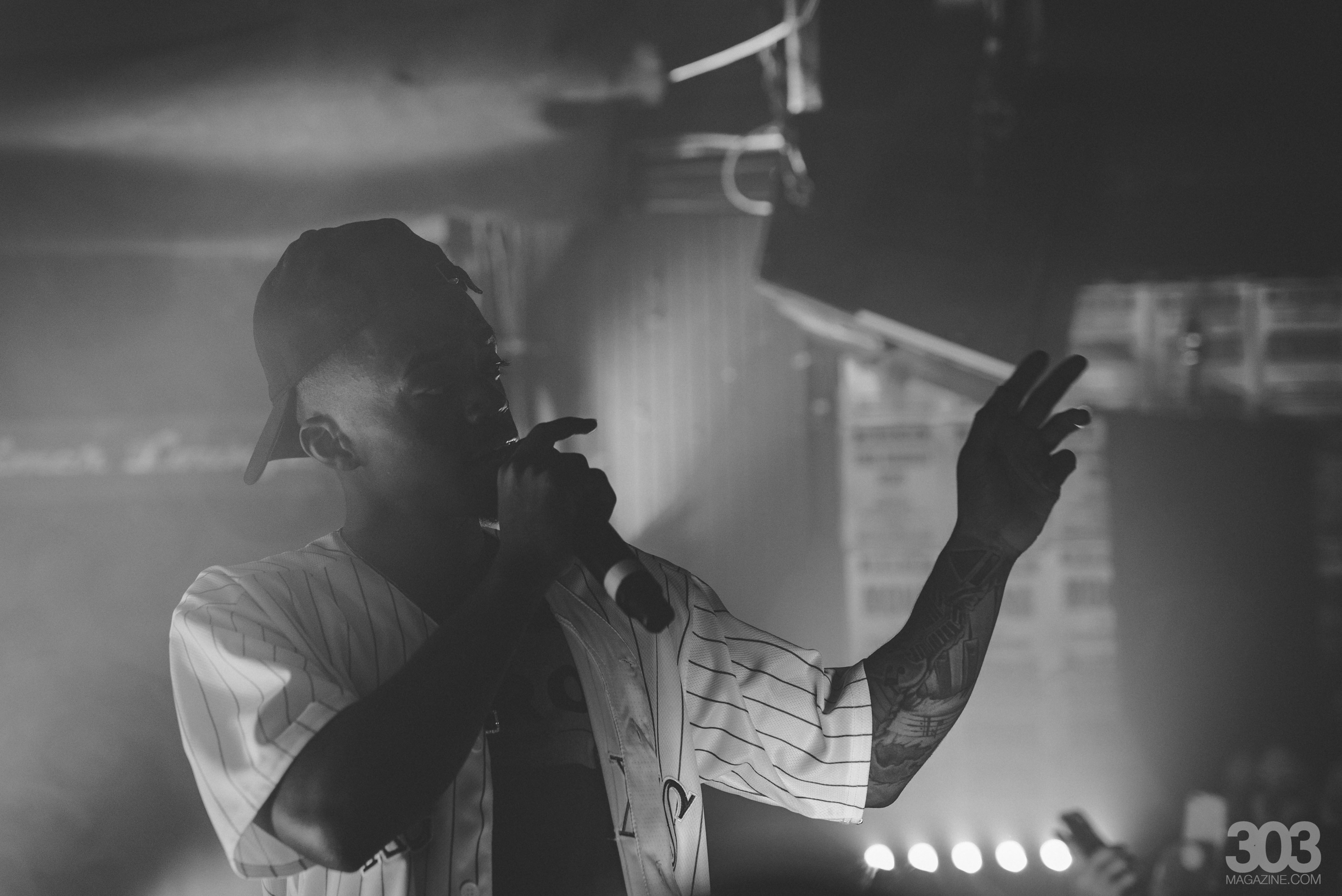 Coming to the venue with no idea what the expect, I left with immense pride for the artists that I had only heard of a few weeks prior. Their impressive stage dynamic, ability to hype up a crowd and humble awareness of their beginnings confirm just exactly why their presence is up-and-coming in the industry.

All photography courtesy of Alden Bonecutter. Check out our full gallery here.