There are a lot of us that like to pretend that we are the next Stephen Spielberg’s or Annie Lebowitz’s of the world — shooting home videos or snapping away on our smartphones — and to be frank, the seemingly infinite amount of filter options and editing apps available to us do not help our case or egos. But what if you could upgrade the shooting capacity of your phone to equate that of a professional’s? That’s exactly what the creative minds at a Denver company called Lumenati did, with divergent thinking and a little something called the Cinebody.

Lumenati is a collective group of visual designers, filmmakers, animators and creatives. The company launched from the basement of co-founder Scott McDonald’s house and now resides as a full-fledged creative agency, sitting just outside Park Hill, in Denver. 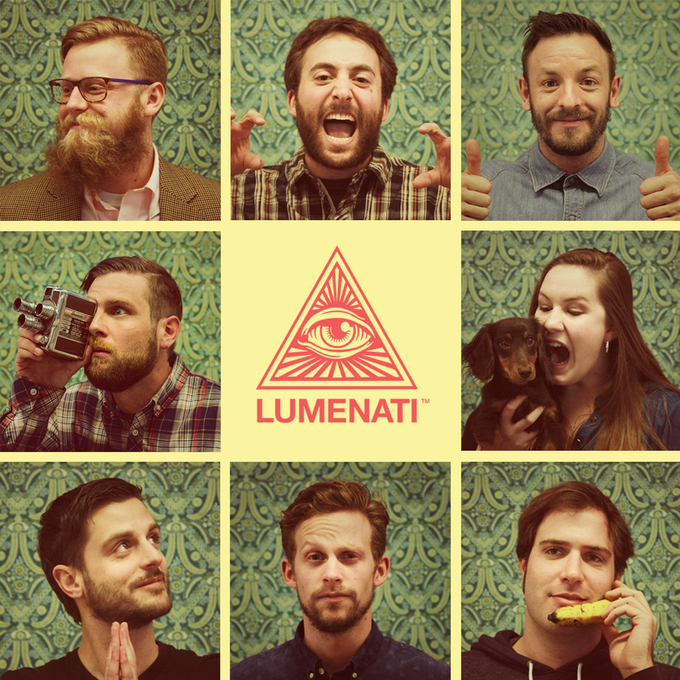 “Tired of the same old crap” of more traditional agencies, this visionary company set out with the intent to “make people laugh and make brands cool again.” Now, the company has an impressive client list, including companies like American Express, AT&T and Coors.  303 Magazine caught up with CEO Scott McDonald, CEO of the Lumenati family, to get the lowdown on the Cinebody and a glimpse into this alternative world of creatives.

To start off, one of the most notable characteristics of this team is their name. To those who hadn’t already picked up on the “subtle” reference to the notorious secret society and enlightenment group the “Illuminati” — the pun was very much intended. Initially, it was more of a play on the word “lumen,” referencing a measure of light. What really solidified the name for the team was when someone threw a brick through the graphic on their window. McDonald explained it was then they “were officially sold on the disruptive nature of the name and logo alone.”

“We like to play by our own rules and our name reflects that.”

Lumenati is the epitome of a millennial bred company — with none of the creatives above the age of 30 and a “no rules policy.” Lumenati believes that “people do great work when they aren’t constrained to meaningless rules.” Despite its inherent sense of rebellion, the company has found commercial success through its invention of the Lumenati Cs1 (now known as the Cinebody) —“the world’s first cinematic smart-case.” Essentially, the Cinebody is a phone case that works with the brain software of the Apple iPhone and might actually make you the next Spielberg.

The Cinebody has a very straightforward, user-friendly design — one just has to download the Cinebody app to an iPhone, pop the phone into Cinebody structure, launch the app, plug the camera’s chord into the phone’s headphone jack and start shooting.

“It’s funny we made the Cinebody case because we loved using our iPhones on commercial shoots but hated that we all looked stupid holding them. Turns out people thought it was cool, so we ran a Kickstarter,” said Grimes. And so the Lumenati Cs1 was born. After months of prototypes and campaigns back in 2015, the team launched its initial Kickstarter campaign which raised more than $200,000 to bring the team’s vision, and the “cinematic smart-case,” to life. Fast forward to the incredible feedback from the industry, operators and praise from media like BuzzFeed, Mashable, Business Insider and Fast Company, and the Cs1 has evolved into today’s Cinebody. This journey also gave birth to the creation of Cinebody, the company — a software cloud production company.

Today, Lumenati works with brands like VICE, Red Bull and Nike to create content and bring Cinebody campaigns to life. Perhaps, what is most exciting about the Cinebody product, is its potential to change modern day cinematography by slashing the prices of traditional production and filming costs exponentially. It also helps with facilitating portability by eliminating the need for hundreds of pounds of tech equipment to any location — something that team uses in their own work and has with past client projects like Tropicana (in partnership with MKTG), SPY Optic and California Skateparks & X-Games. This portability allows them to produce and “edit real-time authentic content for brands […] from all corners of the earth.” 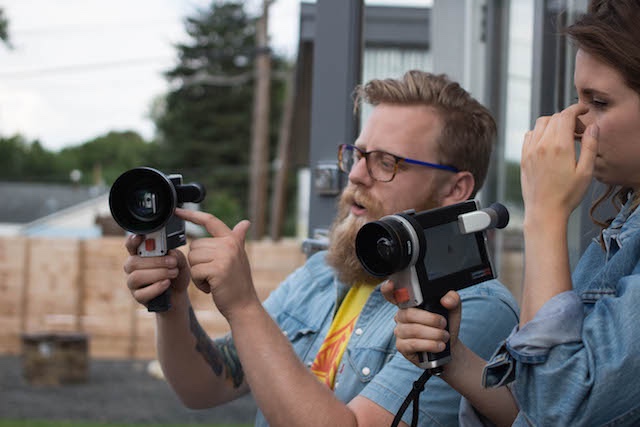 So what makes all this tech gear better than just shooting straight on your phone? With the combination of the app and the Cinebody structure, the operator is able to control frame rate, focus and exposure; the system also allows you to film in drastic light conditions that just the software and lens-ware of a phone would not — blending “the golden age of home movies with the latest tech magic.” If you feel like really stepping up your cinematography game, the company also sells a 0.3x Opteka Fisheye Lens, blue-tooth synced flash and 58 mm optical-quality wide and telephoto lenses you can add to your photo bag.

“It’s things like Cinebody that keep us thinking, relevant and innovative,” said McDonald.

The Cinebody is also accessible to everyday people. “By connecting everyone with the camera they already own and carry with them everywhere, we have discovered an untapped world of user-generated content,” the team furthered. “Cinebody is a system that allows brands of any size to create authentic content for a fraction of the price.” Gotta love modern day technology.

So with all the innovative moves into the tech world, why did Lumenati choose to set up creative shop in Denver instead of the more intuitive and over burgeoning locations of New York, San Francisco or Silicon Valley? For the team, the Mile High City was an easy choice — due to its collaborative nature and subtle coolness.

“In Denver, people are down to work together. We get to steer clear of the noise that is those other cities. […] Denver is like the quiet kid in class who turns out to be way cooler than all the popular kids anyways,” said Grimes. Plus, with one of the highest concentrations of start-up communities nearby in Boulder, it’s a vantage point for those breaking into the tech world and corresponding innovative industries.

This team of rebellious visionaries seems to have made its perfect home here and is ready for the next challenge.  “We’ve always got something cooking here […] We will just have to see where we end up,” said Grimes.