Review – Sleigh Bells Made Me Want to Do Bad Things

Sleigh Bells were loud and bright as f**k.

It’s been a while since I’ve left a show ears ringing, legs limping and severely dehydrated. But hey – leave it to Sleigh Bells to really bring all of that out of you. This Thursday the noise-pop Brooklyn duo performed at Denver’s Gothic Theater for the first time ever. The two are finishing up their Jessica Rabbit world tour and if there’s one thing that’s certain – they haven’t tired in the least bit.

“Holy shit – I forgot what it’s like to perform in Denver and feel like I can’t breathe. But that’s okay because I’m gonna make you guys do more singing.” – Alexis Krauss of Sleigh Bells

All of the madness didn’t begin with Sleigh Bells. Anyone who arrived early enough for Flint, Michigan’s Tunde Olaniran were the lucky ones. Later in the show Sleigh Bells singer Alexis Krauss claimed Olaniran was “probably the best opener” they’ve ever toured with. Olaniran proved himself a phenomenal vocalist amidst trap and hip-hop beats. He was accompanied by two dancers and two banners that read “this is a safe space.” Dance solos, small wardrobe changes, hair-whipping and an incredibly energetic performance amped up the crowd for what was to come. I have a feeling quite a few Sleigh Bells fans went home and downloaded some Tunde Olaniran music. 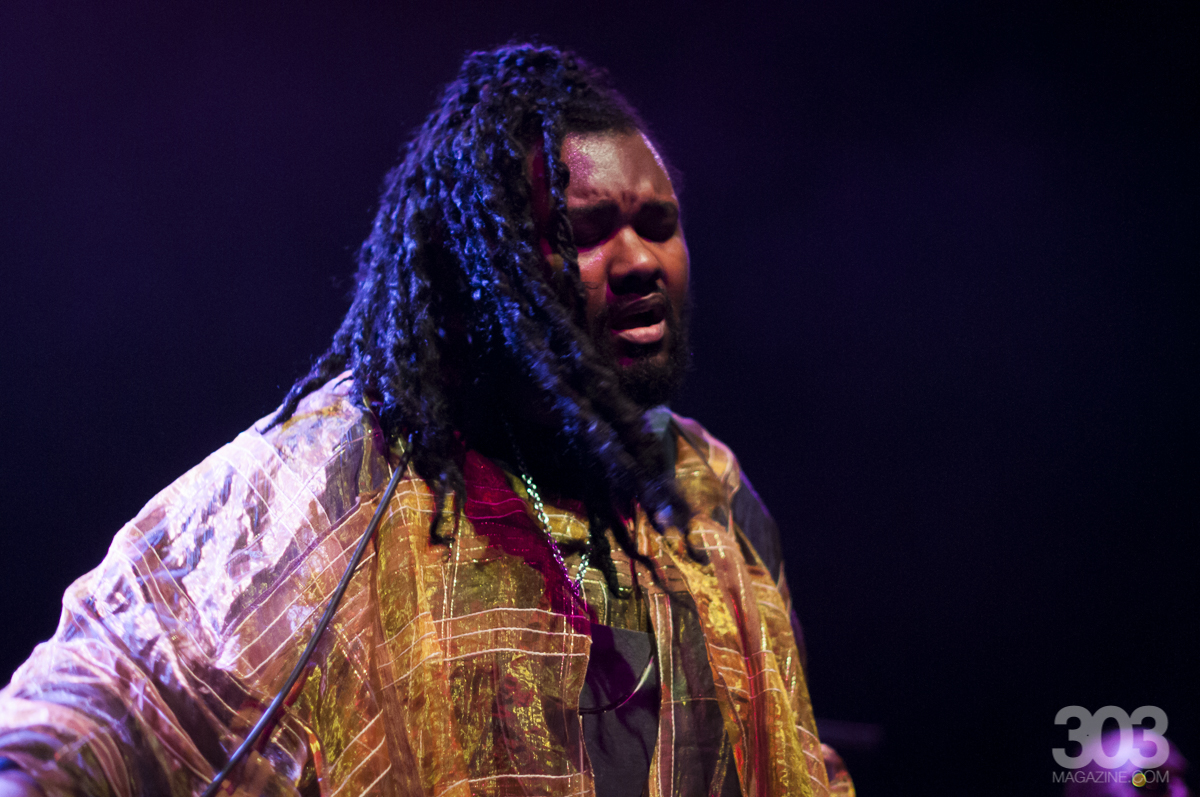 Sleigh Bells continued the theme of banners as stage props with two that read “Keep Faith” and “Loyalty.” They hung atop some stacked Marshall amps. It was simple and quite honestly perfect. There was nothing on stage to distract the crowd from Sleigh Bells’ performance – because they really didn’t need any distractions. The lights dimmed and “Wild Thing” played over the airwaves as the crowd sang along and anticipated the upcoming performance. It didn’t take long to realize that this was going to be one hell of a night at the Gothic. The lights were bright, the bass was thundering and the crowd was raucous. Not to mention they opened with “Unlimited Dark Paths” from their most recent album Jessica Rabbit – a hardcore pop-punk track with a staggering bass.

The mosh pits and crowd-surfing weeded out the still-folk. I mean come on, who doesn’t want to mosh to “Kids?” The crowd got hot and sweaty and honestly quite rowdy – but what do you expect at a Sleigh Bells show? I’ve seen rowdier. After “Kids,” Sleigh Bells did some crowd-control with vocal-pop single “I Can Only Stand” from Jessica Rabbit. It was a pleasant break from the “in-your-face” lights and bass and an opportunity for Krauss to show off some of her range. 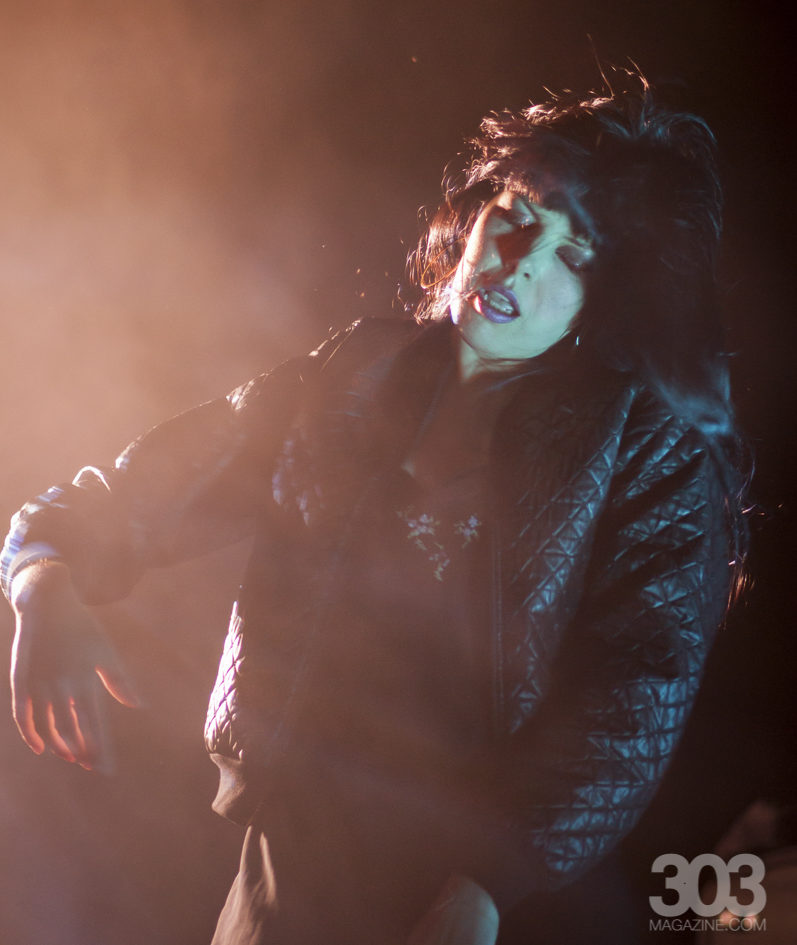 The final song before the encore was “Crown on the Ground,” but that sure wasn’t the last we saw of Sleigh Bells. Krauss claimed her favorite part of the set was the encore (obviously unplanned…) – “Loyal For” where they brought out the opener Tunde Olaniran. After each one of Olaniran’s moments to shine, the crowd would erupt in applause – clearly proving he had resonated with the audience after his opening performance. Sleigh Bells followed with two more encores including the finale – “A/B Machines.”

Sleigh Bells gave the Gothic a performance that never let up – roaring, bright and quite honestly intense. They encouraged us to let loose and step out of our comfort zone through their music and dedicated stage presence. It’s not often you leave a show completely satisfied with the headliner, let alone both the opener and the headliner. My one and only complaint was that they didn’t play “Rill Rill.” I know, I’m that person that’s upset they didn’t play their number one song. But who doesn’t want to reminiscence on all of those golden times you chanted the lyrics with your friends. Have a heart, have a heart, have a heart. 16 six six six like the Pentagon.

All photography by Candace Peterson. Check out our full gallery of the show here, and our interview with Alexis Krauss here. 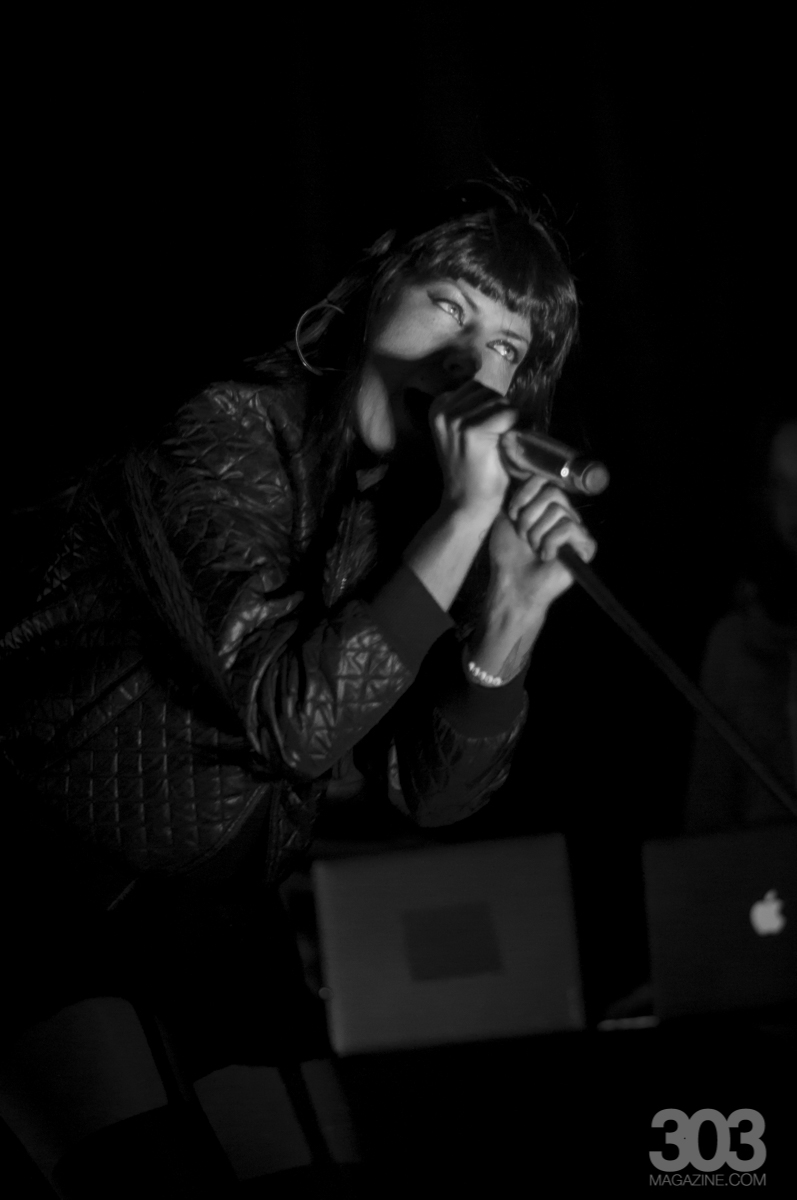