You’d think Sleigh Bells’ vocalist Alexis Krauss would be, well, a raging badass. And maybe she is. One would expect Krauss to always be on her worst behavior with lyrics like “champagne, cocaine, champagne cocaine,” “heart’s so dark, make dirt look clean” and “sixteen six six six.” That being said, I was a bit nervous as I dialed Krauss’ phone number for an interview. Artist interviews are typically a hit or a miss, especially with these well-established artists where “stick-in-ass syndrome” can become all too real. Krauss on the other hand, was a damn sweetheart. Who knew? Get to know the real Alexis Krauss in our behind-the-scenes interview below before the upcoming Sleigh Bells Gothic show on March 24.

303 Magazine: You’ll be coming through Denver soon, so I wanted to talk to you a little bit about the show.

Alexis Krauss: Denver is one of my favorite cities in the country so I’m always very much looking forward to playing there.

303: Why is Denver one of your favorite cities in the country?

AK: What’s not to love? I spend a lot of time outdoors. I hike and rock-climb so it’s always a treat coming through Denver because I get to take a trip out to Clear Creek Canyon for the day or just spend some time out in Boulder. As a lover for the outdoors it’s kind of paradise. I have some really dear friends that live in Denver now – I’m sure you’re plenty aware of the exodus that’s occurred from Brooklyn to Denver [laughs]. It’s always a good time – I get to see people that I care about and do things and eat delicious food. 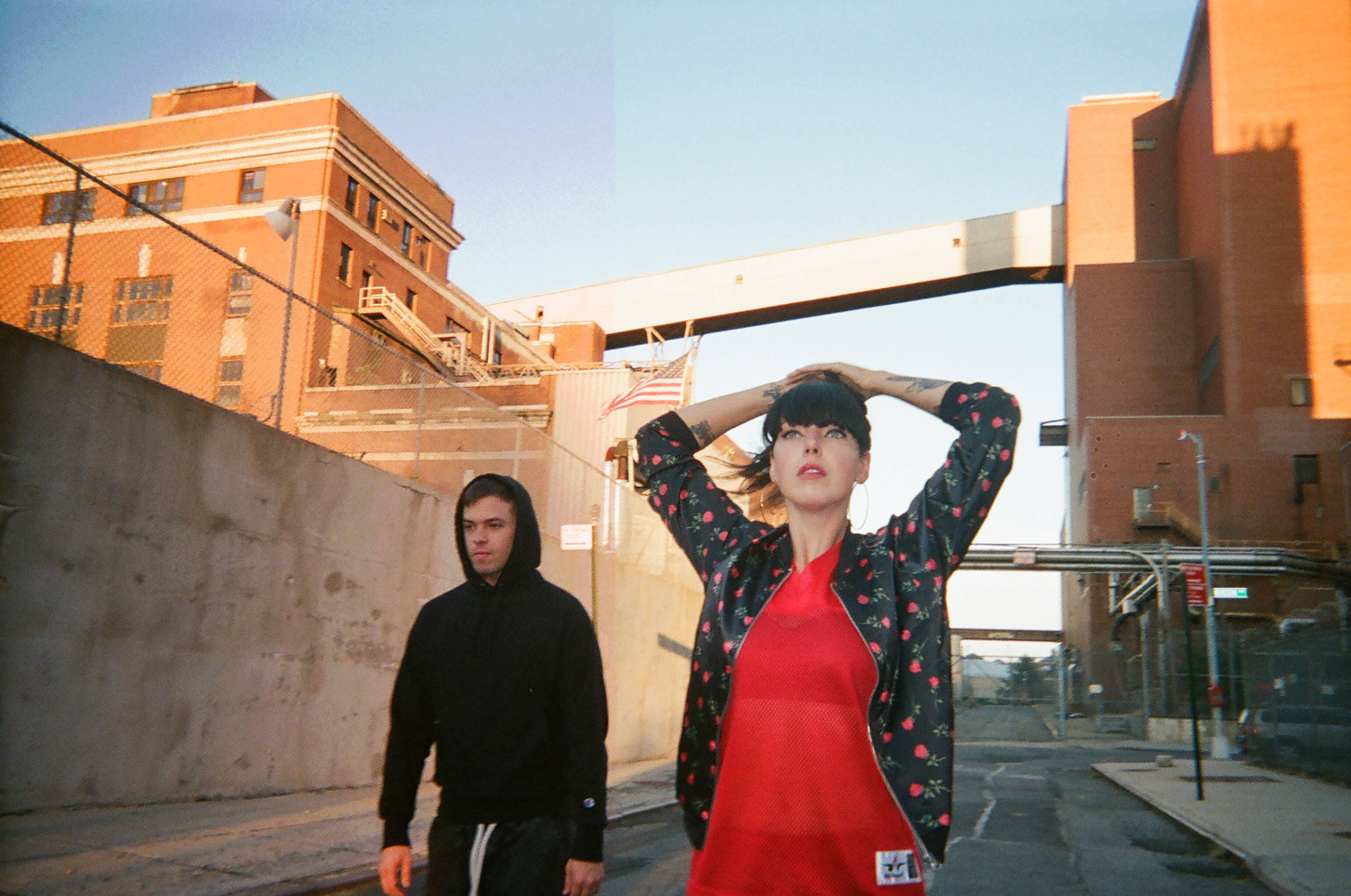 303: Last year you played Riot Fest in Denver. Tell us about that experience.

AK: It was a very impressive lineup and I liked the fact that it was a fest that was geared towards more alternative music – punk, hardcore, a lot of really interesting hip-hop. It was just a really eclectic and interesting lineup that it was an honor to be a part of and it was a really cool opportunity. I have to say, the area we played was kind of weird – like a rodeo hangar [laughs]. So it wasn’t the most conducive for tight, awesome sound. It’s such a weird location considering the beauty of Denver and the surrounding areas. But other than that it was awesome. I think my biggest takeaway from Riot Fest was I could not believe how much Misfits merch there was. It was like, “oh my god, these guys are making an insane amount of money off of Misfits merch.”

AK: I’m feeling really good. We haven’t spent much time in Europe for a few years now other than the UK so it’s gonna be good to get back to the mainland. We’ve never played Iceland, we’ve never played Hamburg before – so I’m always excited and a little nervous to see what the crowd’s gonna be like. Even though I’ve been doing this now for four albums, it’s still surreal to travel from the United States and go to a place where kids know your music and sing along. I’m hoping that’s the case and we’re gonna be returning to London for our second show of this album cycle which is great. Then we’re kicking off a big US tour. As much as I love going to Europe, I really love Spring tours in the  United States. There’s just a certain energy and experience of getting to travel around the US during that time of year – it’s one of my favorite things.

303: Well we’re definitely excited to have you here in Denver and Aspen.

AK: Yeah! I always have to remember what it’s like to perform at a higher elevation. Because I forget about it and then I get about two songs in and suddenly feel like I’m about to pass out – especially in Aspen. My favorite thing about Aspen is there’s an oxygen tank right on the side of the stage which is kind of terrifying but… [laughs].

303: Jessica Rabbit just came out a few months ago – is there anything you’d like to talk about the album in retrospective?

AK: I think Derek and I were really intentional when we released Jessica Rabbit. By that I mean, we understood that it’s a very eclectic album. It explores a lot of different musical directions that we haven’t fully committed to in the past. It has some of the most vulnerable and soft music we’ve made, and also some of the most progressive music. While that can make for a bit of a challenge within, in the live context it translates really well because it’s allowed us to diversify our set a bit more so we’re not just powering through 60 minutes of very high-energy music. Slowing things down was a bit scary for us because it’s not anything we’ve done in the past. I’m just really enjoying the diversity of the set now. As far as any other sort of lessons learned from the album, it still feels very new and it’s been interesting to see that now, four albums in, our fan base is full of a lot of loyal fans started coming to shows in 2010 are still coming to shows.

303: You played Riot Fest last year, but when was your last solo show in Denver?

AK: The Ogden! The Ogden is great. They have one of those stages that bounces a bit and you kind of feel like the whole room is gonna collapse which is a bit disconcerting but you can really feel the vibrations which is nice. We’ve done the Ogden, the Bluebird – I don’t think we’ve ever played at the Gothic.

303: What’s next for Sleigh Bells after the tour?

AK: It still feels like it’s very new – working on this album and promoting this album. We’ll hopefully release a couple more videos and we’re already working on new material. I think the goal is to not wait as long as we did last time and put some new material out sooner than later. I think for the present it’s really focused on Jessica Rabbit and playing as many shows as possible.

You can catch Sleigh Bells at the Gothic Theater on March 24. Tickets are available here.