It’s no secret that the fashion world we all love has been guilty of excluding diversity when it comes to body types and ethnicity. But within recent years a movement for inclusion has begun to dismantle some of the standards that are associated with the industry. Whether it’s Vogue‘s inclusive cover or the rise of models like Ashley Graham, Winne Harlow and Madeline Stuart, it’s clear that the future of fashion is changing. And good news, Denver has been ahead of the curve on this.

Enter The Fourth Annual Native Fashion in the City, taking place on Friday evening, March 24. This event celebrates Native American fashion designers, stylists, models and photographers and we are delighted to get an exclusive look. The showcase began in 2013 as a collaborative partnership between Native Max Magazine and Rocky Mountain Indian Chamber of Commerce and grew into what we’re going to be seeing this weekend. Kelly Holmes, Native Fashion in the City’s founder sat down with us to tell us about the fashion that’ll be presented and how significant heritage and culture are as design inspiration. 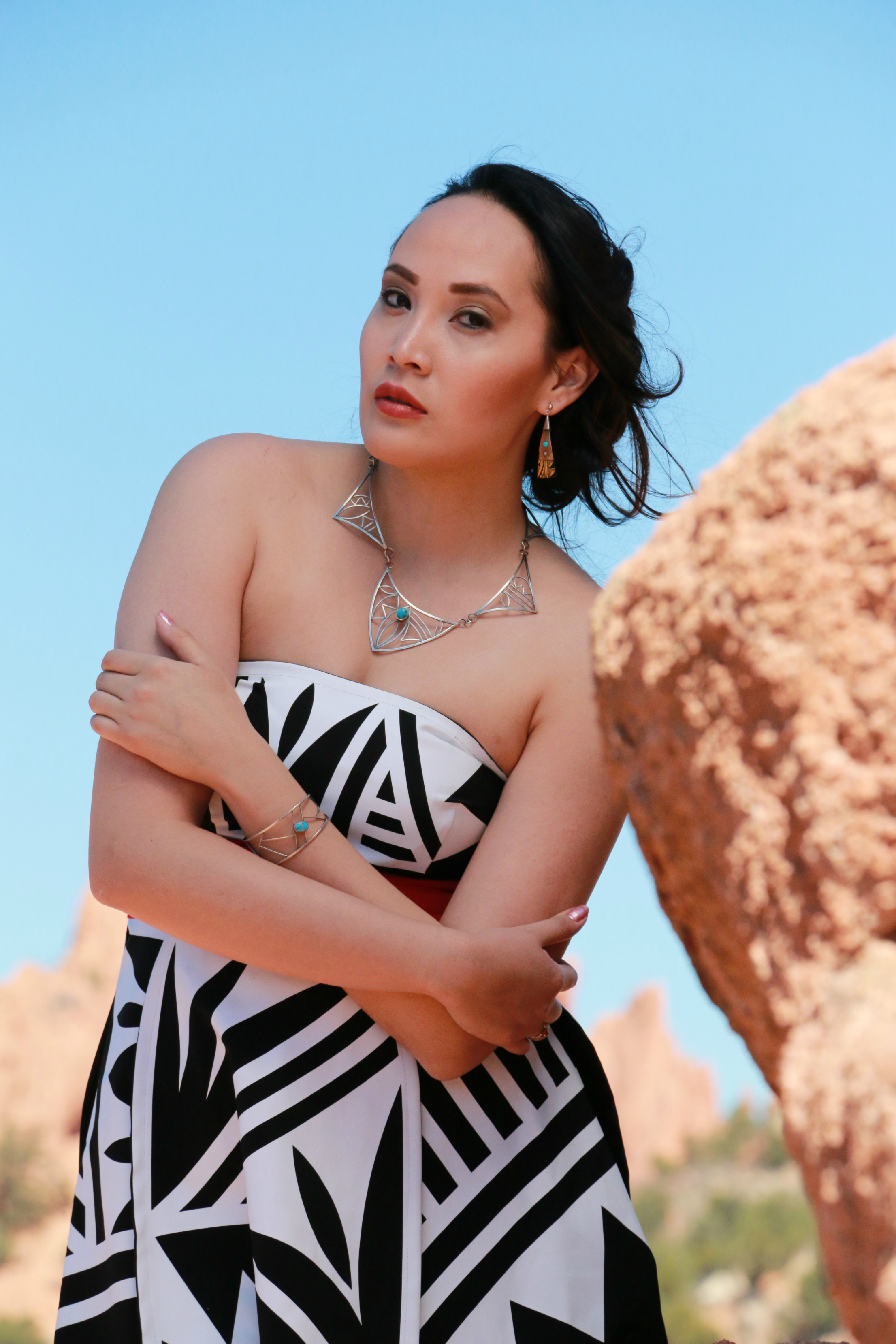 303: How big of a part does Native American heritage play in what we will see?

Kelly Holmes: Pretty much all of the event you’ll see our Native American heritage shine through. The whole mission we had in mind when we set out to create Native Fashion in the City was to provide a platform to give up and coming Native American fashion designers, artisans, models, photographers, and stylists an opportunity to show their fashion talents to the world where cultural appropriation still runs rampant. We took it up a notch by planning this annual show almost parallel to a fashion week – we put the spotlight on the designers and models who are on the runway. We try to facilitate and foster partnerships with designers and attendees of our show.

Native Fashion in the City is an all-Native American produced event. All of our core team members are from different tribes all over the country. We come together every year to put on a show that’ll wow everyone. As a guest at our event, you’ll see your common fashion show with the runway and cameras flashing. But what makes our event different from the average catwalk presentation is that we have a touch of our culture infused into our show. The models are Native American, wearing designs by Native American fashion designers. The makeup looks you see on the models are all done by majority Native American hairstylists and makeup artists. The DJ playing the music is Native American and sometimes he spins music that is produced by Native American musicians. But the way we present the fashion show isn’t overwhelming or stereotypical at all. With Native Fashion in the City, we aim to break stereotypes.

303: Tell me about Native American fashion in Denver. How far has it come? How far do we have to go?

KH: It has definitely come far in the last nine years I lived here in Denver. When I first started modeling in 2007 when I was 16 years old, I was often told I was too exotic looking or not pale enough by Denver photographers and fashion designers. Then when I tried to dabble in designing and styling, I was told prejudicial things like “what do Native Americans know what’s in fashion?” or “What do Native Americans know what’s going on today?”And when I was booked for shoots I was asked to pose with stereotypical Indian Princess costumes and jewelry. It was frustrating but I still pursued my passion for fashion.

When I first hosted Native Fashion in the City back in 2014 I opened the invitation to anybody who was interested in attending. I had a few people attend, including the founder of Colorado Fashion Week Justice Kwarteng. Then whilst planning the 2nd Native Fashion in the City in 2015 I personally invited more influential people who were a part of the local Denver art and fashion community. Due to my personal experience with the local fashion community, I was nervous about the feedback I’d get. To my surprise, a lot of the guests who did attend were authoritative people of the fashion community such as Denver Style Magazine founders Heather Okimoto and Kelsey Bigelow, and fashion blogger Lacey of My Boring Closet. And last year, we had fashion designer Stephanie O. of Project Runway: Under the Gunn attend our event. She was super excited and was blown away by the event. We also had Jessica Montour of Fashion Forward sponsor the bags for our swag bags. We’re now starting to see that the local Denver art, fashion and entrepreneurial community is becoming more accepting to us and our culture. Definitely an obvious difference than what I first experienced almost a decade ago. 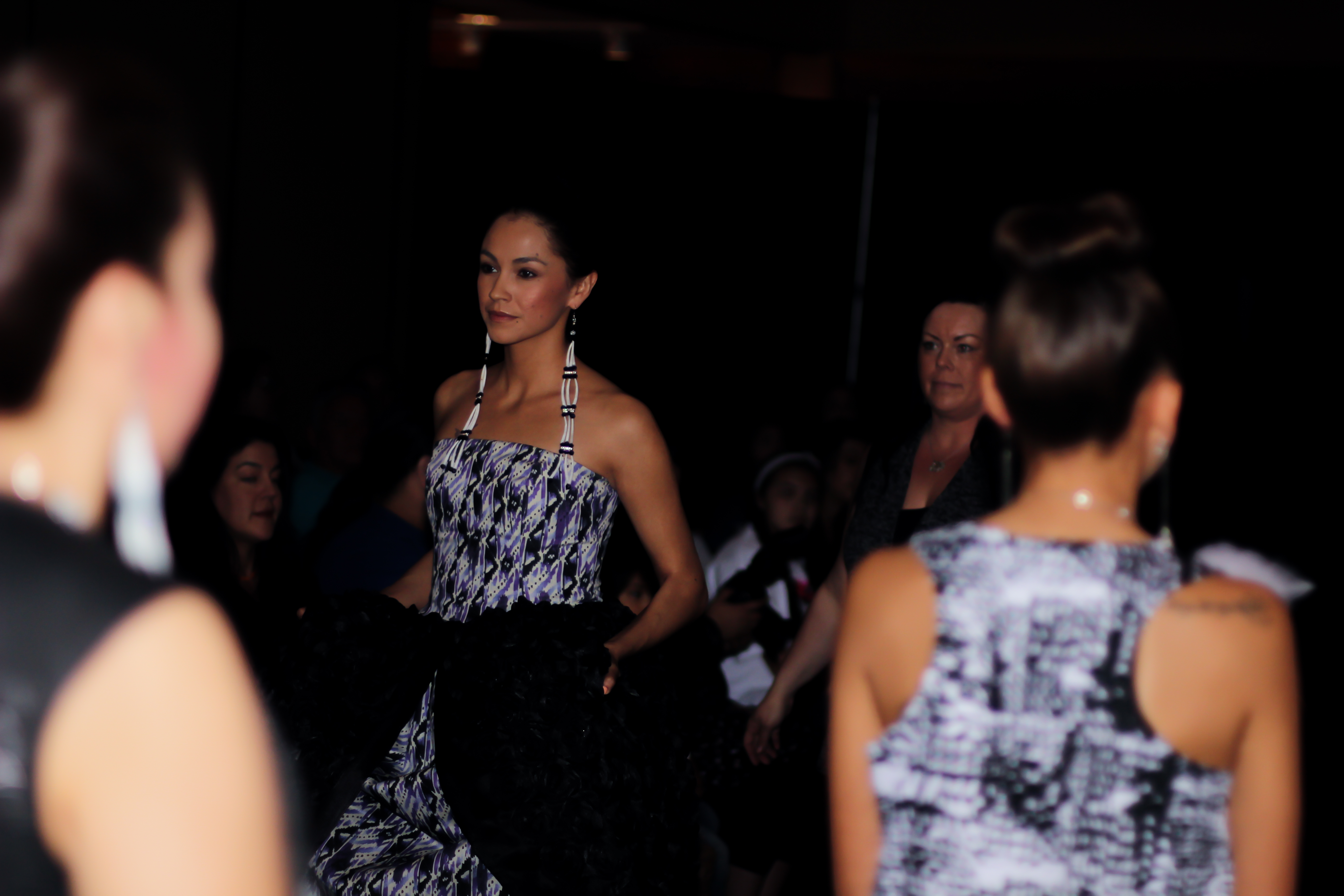 Native in the City runway

303: How do current events affect how Native American fashion is viewed?

303: How is more traditional wear translated into modern style?

KH: Some indigenous designers will design a piece that has a more modern look or feel to it. Yet they’ll somehow incorporate a piece of their culture or heritage into their designs that make what they’re creating unique to anything else. 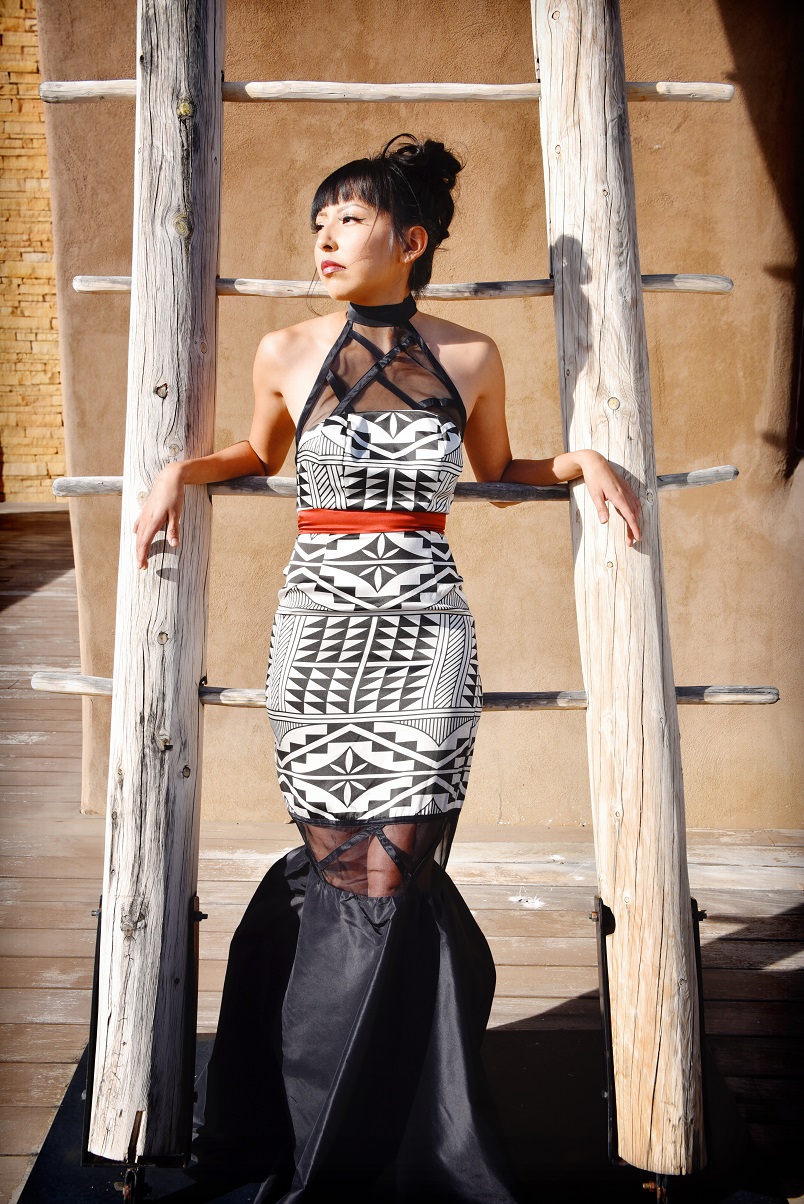 303: Is there any Native American symbolism in the collections presented?

KH: Yes, all of the designers that you’ll see at Native Fashion in the City somehow incorporate their own tribe, culture, heritage and stories into their designs. Some designers may use traditional material that their ancestors may have used back in the day, and some use modern textiles in their designs. For example, Loren Aragon of ACONAV -one of our featured designers- designs cocktail, summer and mermaid-style gowns in high-end modern material, but the print of the material is how Loren ties in his Acoma Pueblo culture into his creations. Loren has his material custom made in designs that are unique and unlike anything seen before. The fabric is adorned with geometric shapes, patterns, illustrations and symbols of his Acoma Pueblo pottery culture; even the colors are somehow connected to his culture. He’s told me he admired the Acoma Pueblo pottery art culture so much but wanted to present it in a different way with the recognizable geometric patterns to become a wearable art form. Each designer in our lineup has their own way of intertwining their unique culture into their collections, and we can’t wait for everyone to attend our event and learn more about Native Fashion.

Native Fashion in the City is sure to be an event you won’t want to miss. It’s all happening this Friday, March 24 at Cluster Studios. For more information go here.