Beginning April 18 in a 16-block area of Downtown Denver, international sculpture and conceptual artist Konstantin Dimopoulos will paint 150 trees bright blue. Why blue? Because blue trees do not exist in nature and Dimopoulos aims to bring awareness to global deforestation and the relationship people have to trees in their everyday environments. “I want people to notice the trees,” Dimopoulos explained, “to see them as more than just wallpaper in their lives. Change can be threatening. Changing a local environment through color is both disconcerting and even uncomfortable.” 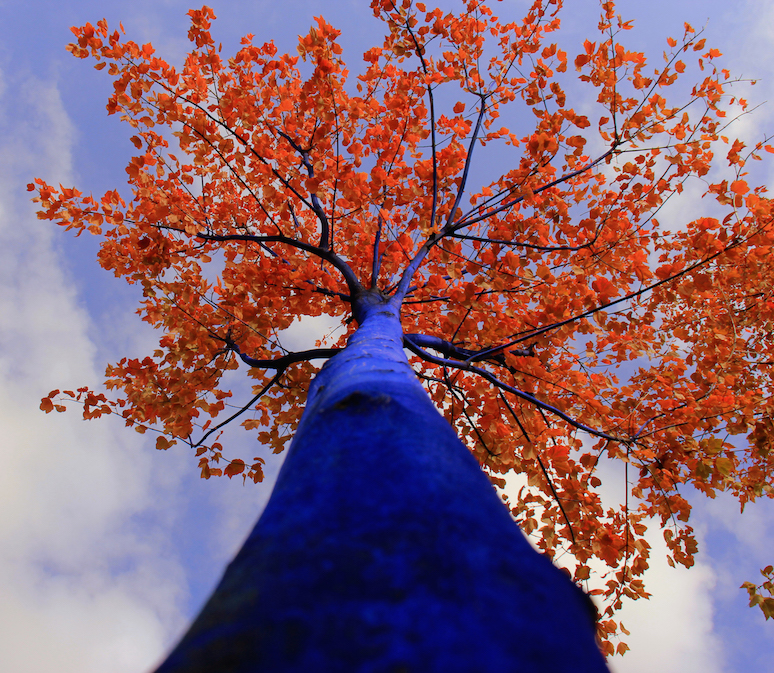 But this change will fade away in a few months (depending on weather), unlike the deforestation he hopes to educate people about. The blue paint is biologically-safe, water-based and non-permanent. And though it doesn’t leave a permanent impact on its environment, Dimopoulos believes it can permanently influence how people perceive their daily surroundings. In becoming aware of such things, people may be more encouraged to incite change rather than shy away from it.

About The Blue Trees Dimopoulos writes “I think of [it] as a project that has a strong regenerative aspect to it, an organic artwork that is continually changing and evolving from site to site… There is a sense of time as part of the concept. Time that determines our own existence is measured through these trees.” Nationally The Blue Trees have graced Sacramento California, Seattle Washington,  Houston Texas, Breckenridge Colorado and more. Dimopoulos has also painted trees in Singapore, Germany, Australia and New Zealand. 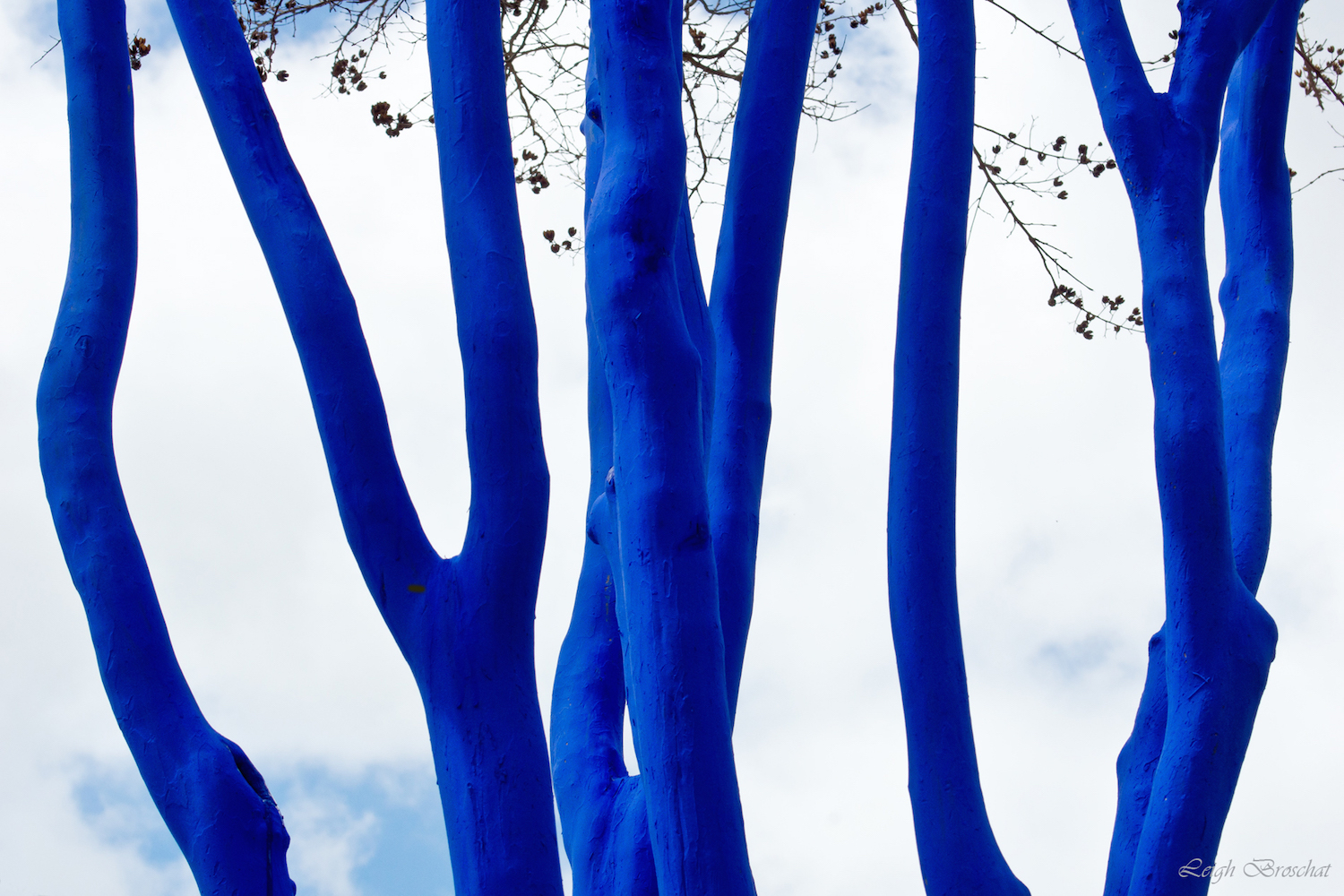 Members of the public will be encouraged to help Dimopoulos paint some of the 150 trees, with details about the specific times and dates coming in early April. The Blue Trees is a traveling act for Dimopoulos, though it is the first in a series of interactive, immersive and experimental installations this spring and summer in Downtown Denver called Terra Firma. Hosted by The Denver Theatre District and curated by NINE dot ARTS, Terra Firma will showcase local, national and international artists with special urban installations. The 16-block area to see these artistic public displays will be from Speer Boulevard to 17th Street and Lawrence to Stout Street (see map below).

The Denver Theatre District has specified that they are consulting the Department of Public Works, Forestry and The Park People to identify which trees will receive the paint, to ensure the utmost environmental stewardship with this art installation. 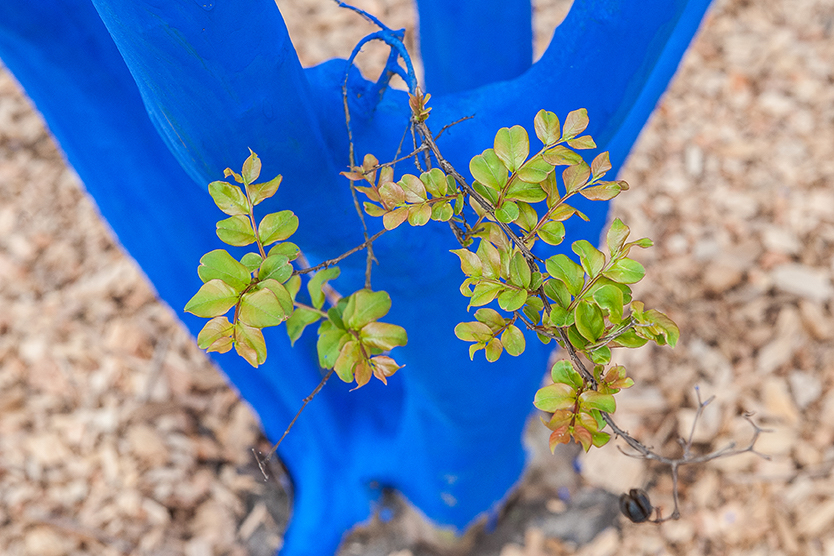 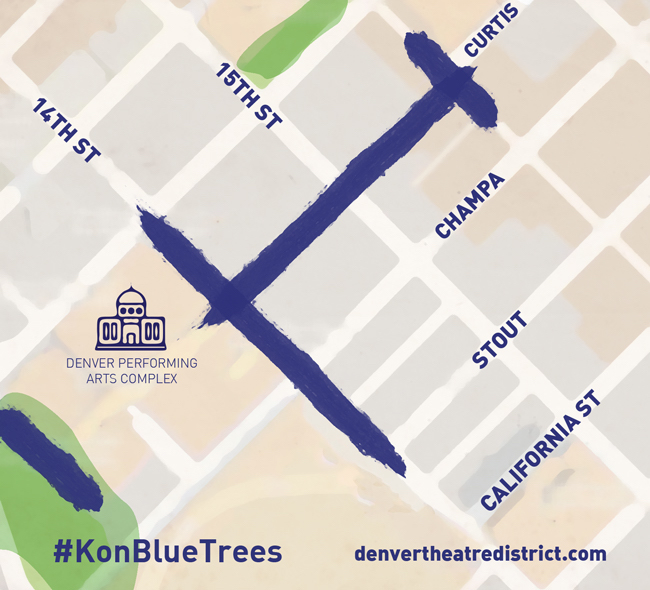 Map of where to find The Blue Trees starting in April

For more information about helping to paint the trees, keep checking in on The Denver Theatre District website.