We’ve all seen those incredible Instagram photos: the neon veins of city traffic at night, that electrifying Denver skyline or the birds-eye view of the Flatirons in the midst of a winter storm. These are just a few examples the new and increasingly popular breed of photography — drones. If you’ve ever wondered how these crazy shots happen, we got to catch up three up and coming Boulder/Denver-based photographers behind some of those breathtaking shots. 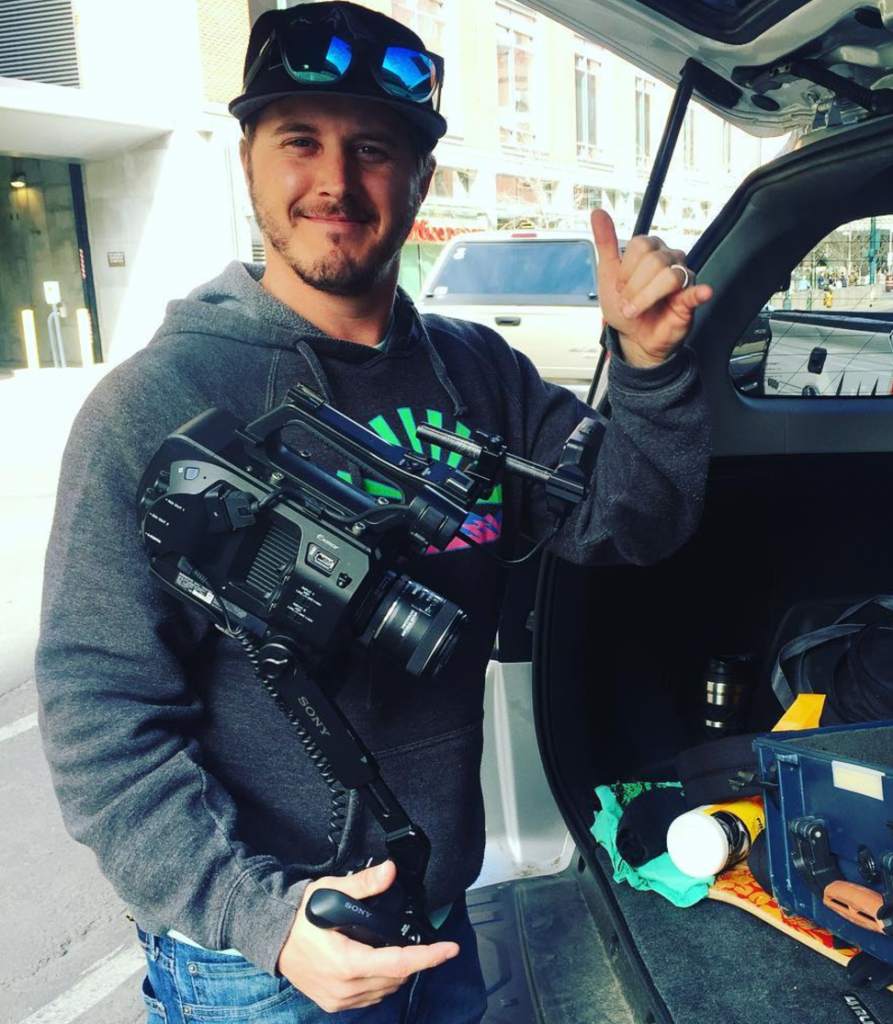 Blake Rubenstein of Guerrilla Capturing is no newbie to the game of drone photography; he started flying drones several years ago and comes from a background of over 17 years of videography experience. He describes his style as “high-end video production captured by any means necessary,” an intensity that was perhaps drawn from his early days making short videos on UFC fighters around the country. Although some of his more prominent work features primarily cityscapes- whose crazy angles he attributes to “physics- a lot of shots are only possible with a drone,” Rubenstein points out that “beauty always starts in nature.” In addition to the jaw-dropping drone photography, Guerrilla Capturing tells clients’ stories to the world in visually-compelling videos surrounding the topics of anything from fitness and commercial real estate to music videos.

BR: A couple years ago, I got my first drone and I went out and flew from 1-5 times a day for 2-months straight.  As I come from the video side, I think it’s given me an advantage over other commercial drone videographers whom maybe got into the business, because of their love for flying and not necessarily as a video weapon.  After safety (always first YAY!), all I care about is what the shot looks like and not if I look like a cool bro doing fancy drone moves while doing it.  I became certified by the FAA on August 30, 2016 and I now also have a Certificate of Waiver from the FAA to fly at night.

303: What are some of the challenges you’ve faced when shooting?

BR: All kinds.  Park rangers love having the authority to say you can’t fly haha.  Licensing with the FAA and getting insured are two of the bigger pains in the ass that I can remember.

303: Where was your favorite assignment and why?

BR: Although I’ve gotten to travel the world for work, my favorite assignment was right up the street in Boulder.  We had the opportunity to do a six-month video project for Twitter last year.  They haven’t released the video for social media, but that’s something I’d like the world to see and that I’m proud of.  Just being able to say that Twitter is a client to other potential clients has been tremendous for business.

BR: If Back to the Future IV is going to be filmed in Tokyo, then I choose that.

303: A lot of people feel that drones are a gross invasion of privacy, what’re your thoughts on drone use becoming increasingly popular and more easily accessible from a commercial standpoint?

BR: Stupid people are going to do stupid things. I’m glad I’m not the guy who comes up with the laws, but I’m thankful that someone is.

303: Where do you see drone photography going in the next five years/the future?

BR: Looks like we’re going to see more synchronized drones for entertainment like we just saw at the Super Bowl.  As far drone photography itself, I see it becoming even more stable and affordable.  I can’t imagine how crazy the resolution will be by 2022… cray.

BR: If I could be invisible and film a location, it would be inside Quentin Tarantino’s brain, like in Being John Malkovich. 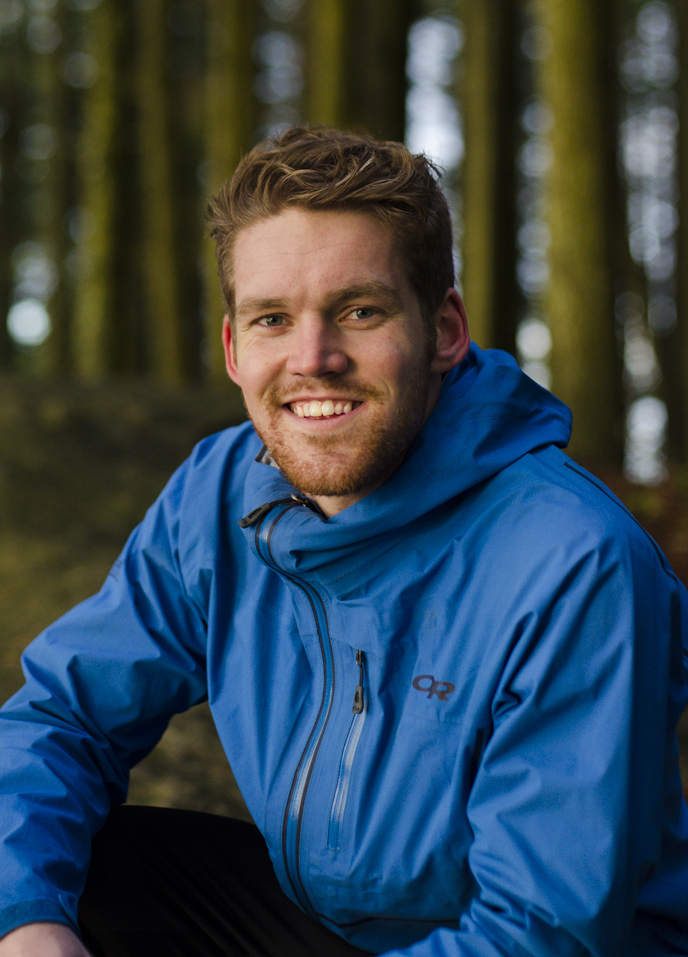 You may have caught his viral Facebook video featuring a stunning aerial overview of Boulder’s best angles and breathtaking views that quickly drew attention from media outlets like USA Today, The Weather Channel, N2K TV, 9NEWS Denver, Drone Blog and the Daily Camera; so it comes as no surprise that the storyteller behind it is a Boulder native who has been taking photos since the beginning of high school. With a background in journalism, Kjell Redal’s passion is creating “compelling stories with people, places and ideas” and pairing them with his equally enticing imagery. Redal has been creating visual content for 8 years now and is currently a video producer, photographer and designer. He ventured into the world of drone photography over 3 years ago and highlights outdoor pursuits and projects that spotlight social issues, conflict and crime.

303: Where do you draw inspiration from when picking a location- point of view, light, angles, etc.?

KR: It’s crazy how different a location can be based on the medium of what you’re trying to shoot in it. In general, though, I look for light first and foremost. Good light can make a mediocre view look incredible. Besides that, I’ll often seek out features that look completely different from the air to shoot with drones. This keeps things fresh for the audience.

303: What are some of the challenges you’ve faced when shooting?

KR:I think the hardest thing about creating engaging content these days is envisioning the final product’s storyline or angle that unites otherwise disjointed pieces of media. It’s easy to get a bunch of pretty looking shots but it’s more difficult to assemble them into something that has a singular message and means something to an audience.

KR: Ahh that’s something I think of all the time. I’ve wanted to shoot fly fishing for brown trout in crystal-clear New Zealand streams for a while now. Also an epic Cape Town to Cairo overland documentary trip.

303: Where do you see drone photography going in the next five years/the future?

KR: It’s exciting! I think we’ll see a shrinking of size for a lot of the high-quality camera-carrying drones. The DJI Mavic has changed the game in this arena this year. It almost fits in your pocket and still shoots stabilized 4K footage.

KR: North Korea. You don’t distribute in Pyongyang, do you?

Air Vision Imagery is a full-service aerial video and photography company based out of the Boulder/Denver area that has been operating since mid-2016. The neo-company is composed of duo Alex Dickerson and Jon Giehl, utilizing their small, unmanned aircraft systems (sUAS) and progressive software applications to reach views and shots that photographers in a full sized aircraft can’t. With a style that the Boulder natives and childhood friends describe as “modern and bold,” Alex and Jon specialize in shooting nature, sporting events, wildlife, weddings and more; seeking to “connect the visual and sensory world into one that inspires and pulls people to great heights.”

303: Where was your favorite assignment and why?

AV: One of the first shoots we did was just at a place in downtown Denver shooting an apartment complex. It was one of the first times we had shot down there and getting aerial views of downtown was an awesome experience since we hadn’t seen it from that view before. It’s amazing what you can capture with a drone compared to basic video and photography.

303: What do you think sets drone photography apart from using more traditional mediums and equipment?

AV: Drones allow people to capture amazing aerial footage, providing uncommon angles of viewing the world that we live in; that would not be originally provided by helicopter filming crews or ground-limited filming crews. Gimbal technology has allowed drones to create smooth, buttery shots that provide audiences with floating/flying sensations which we think is a huge part of the general appeal.

303: How do you set yourself and your work apart from other photographers who have also branched into this field?

AV: Jon graduated with Technical Communications Degree with a specialization in video production Alex is almost finished with a Business Management Degree with an emphasis in Small Business/ Entrepreneurship. We feel like this combination of both our backgrounds makes for a great partnership. We have also been childhood friends since elementary school so we have great chemistry and a similar vision.

AV: We would go to Rio de Janeiro and shoot Christ the Redeemer. The statue is beautiful and who would complain about traveling there?

AV: We would love to shoot in South/Central America. Using our business as a means to be able to travel around the globe is a dream of ours.